Baran Studio Architecture designed the renovation of an existing duplex into a modern house in
San Francisco, California. 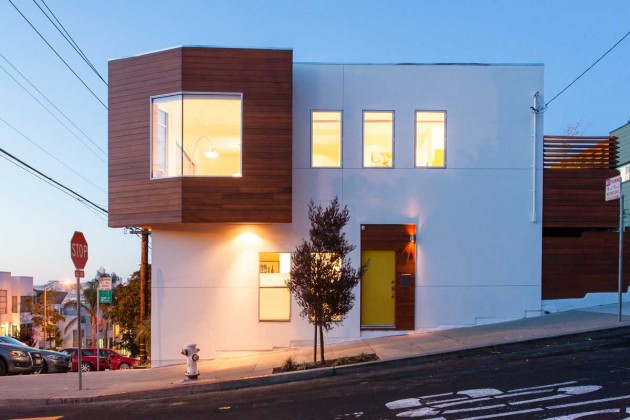 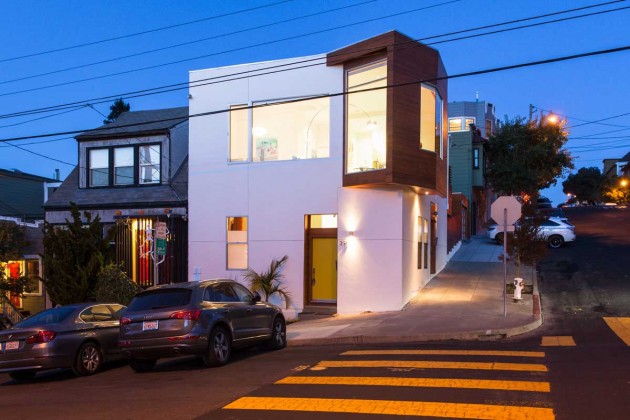 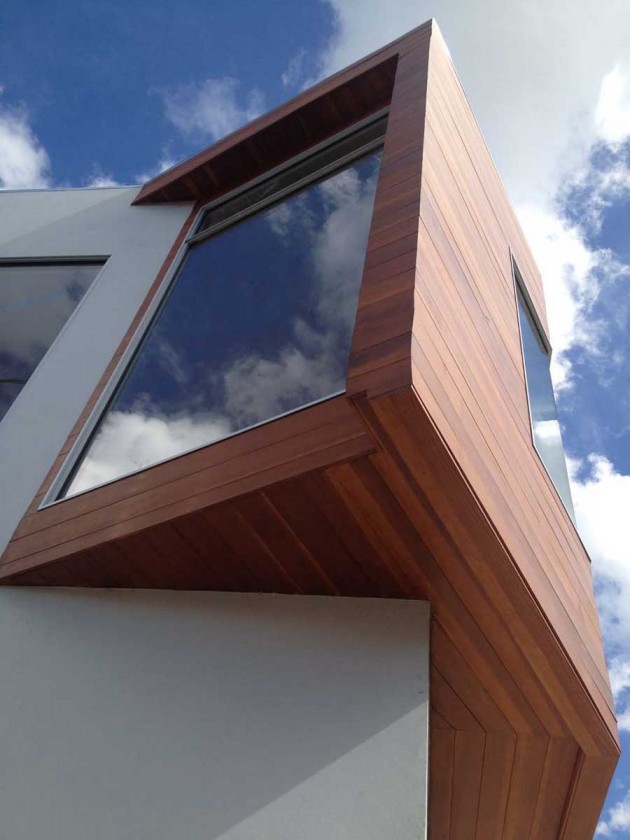 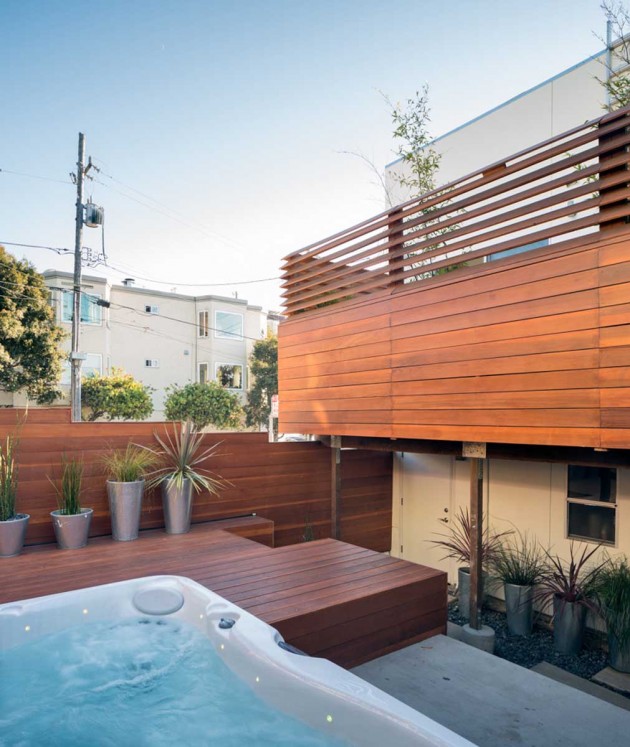 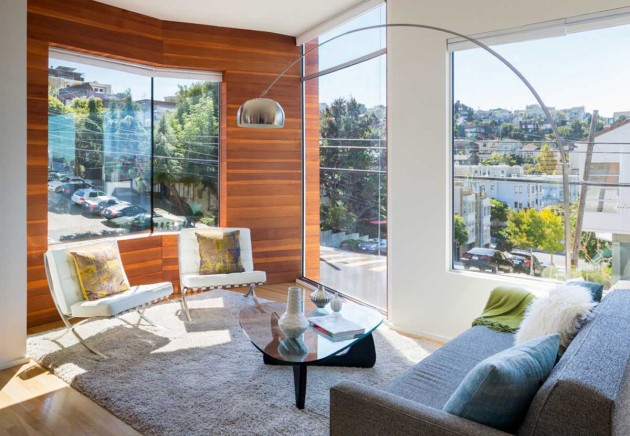 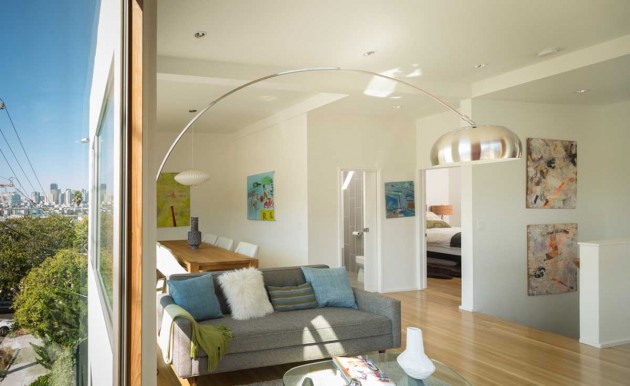 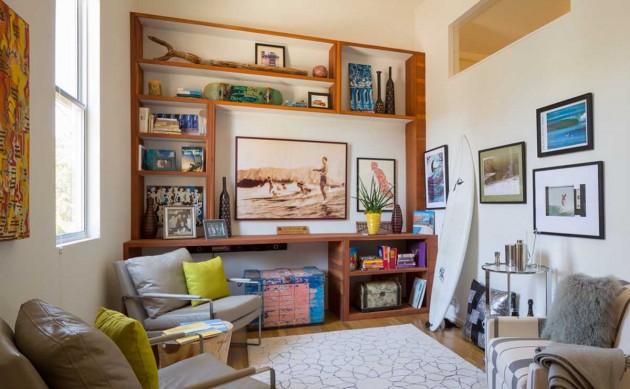 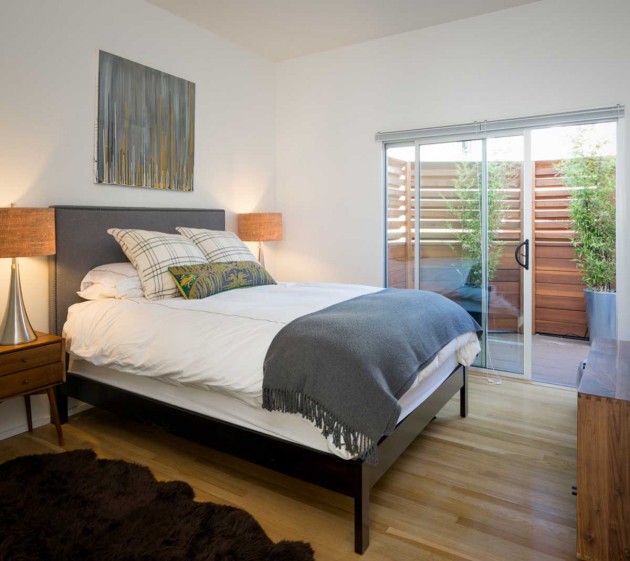 This house was an existing duplex that was to be converted to a modern residence. The existing house maintained some aspects of its history, but had been heavily (and not very carefully) remodeled over the years. The new design would focus on reunifying the form, and maximizing the minimal amount of space. Through adherence to strict and complex zoning restrictions and contentious neighbors, a new design was conceived as a careful response to its context and use.

A wall of Redwood weaves through the project, appearing at entrances, the deck, the yard and on the volume of the garage. It ultimately terminates at the large cantilevered bay window, inflecting itself towards the view of downtown San Francisco and the Golden Gate Bridge. Two small, subdivided spaces are cleared of the even smaller subdivided walls, and unified into a singular open space.