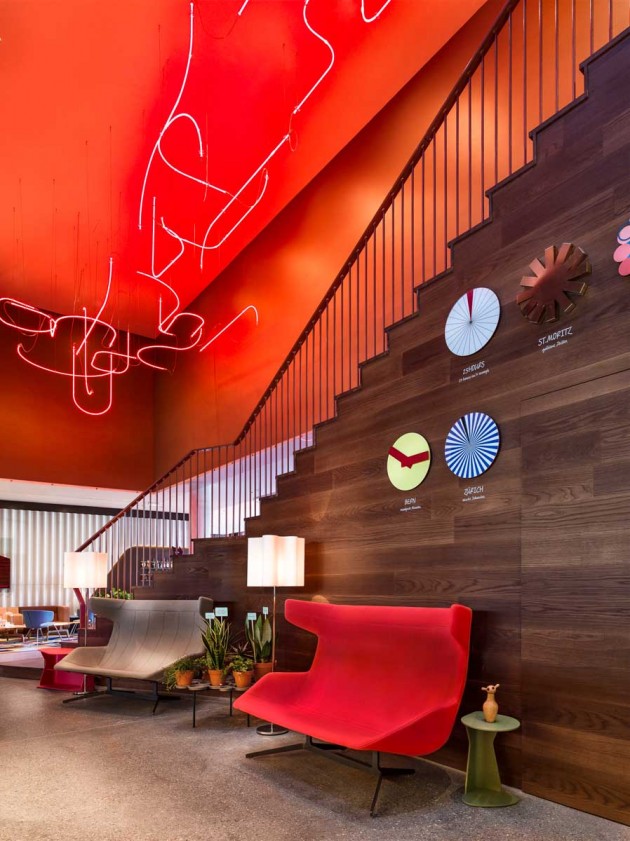 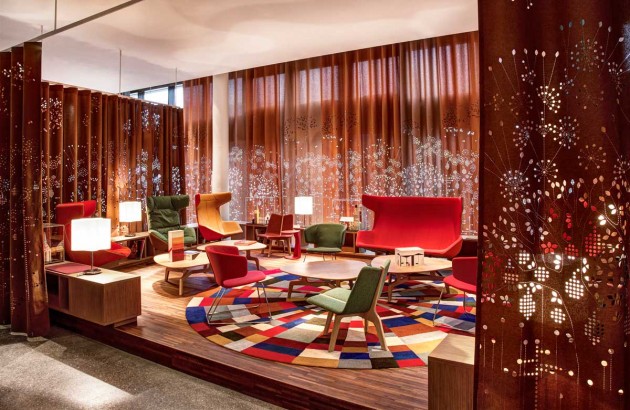 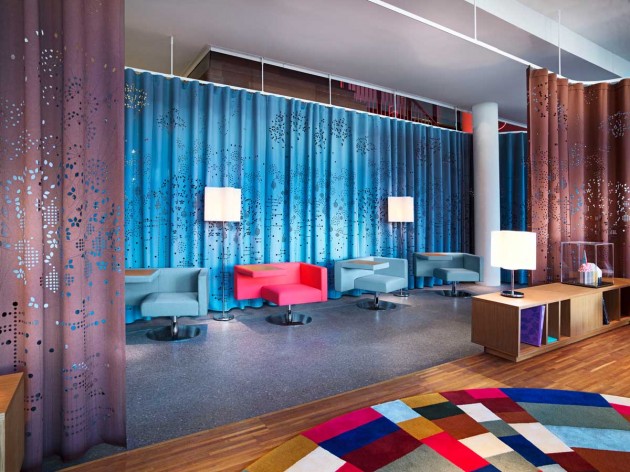 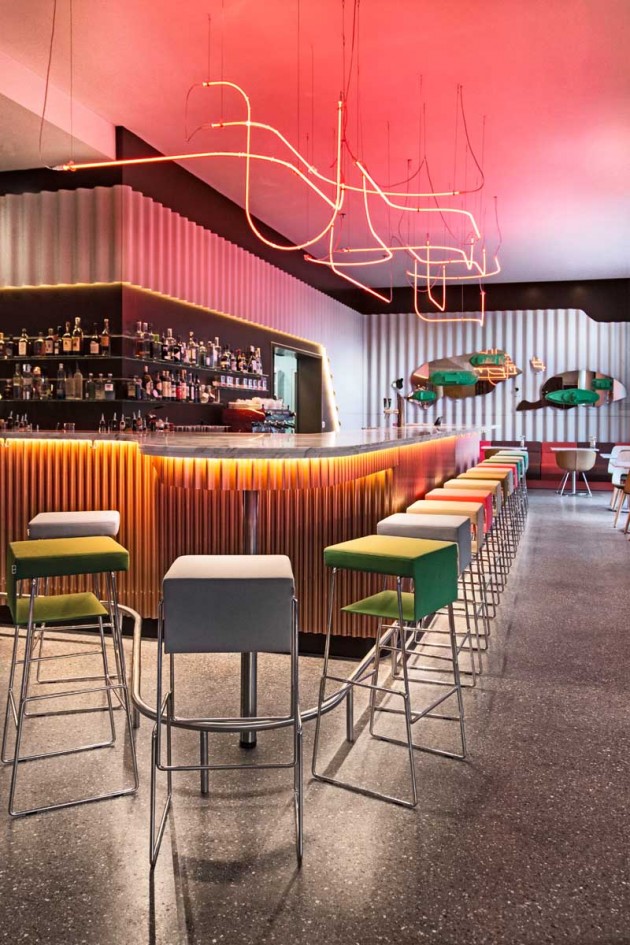 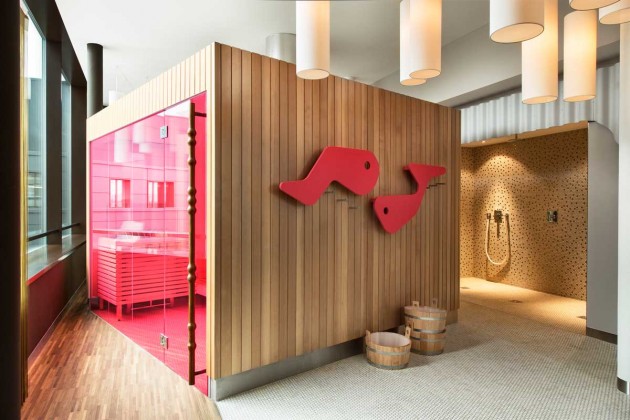 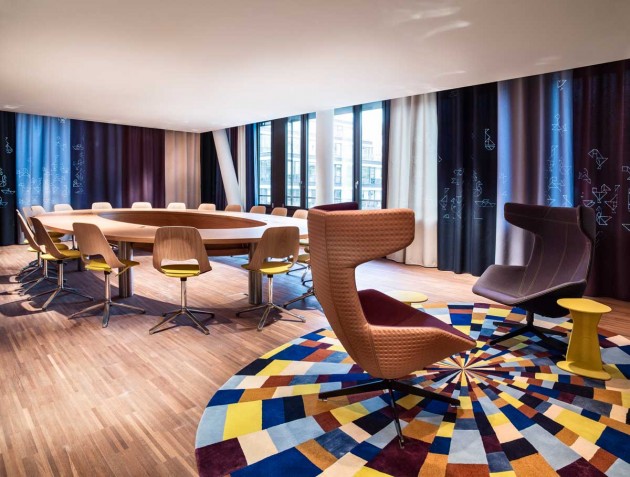 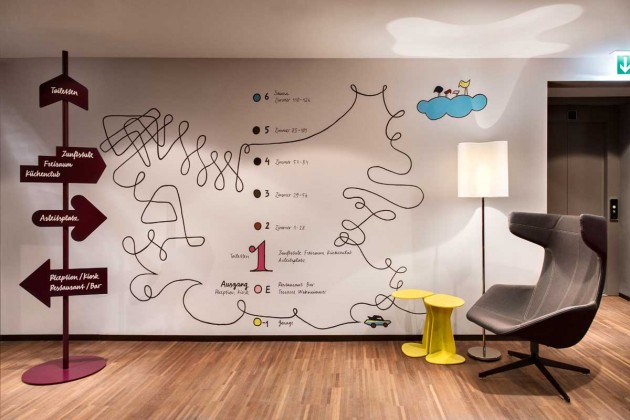 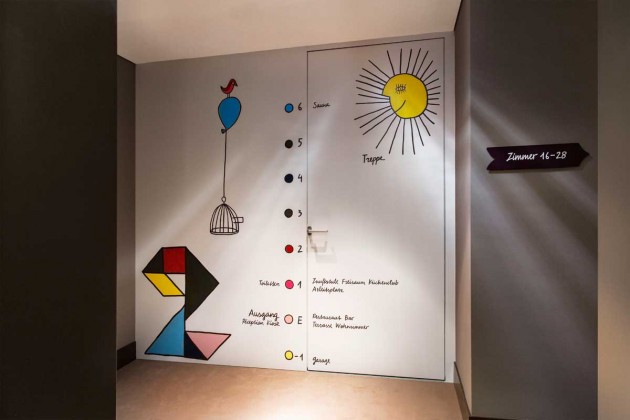 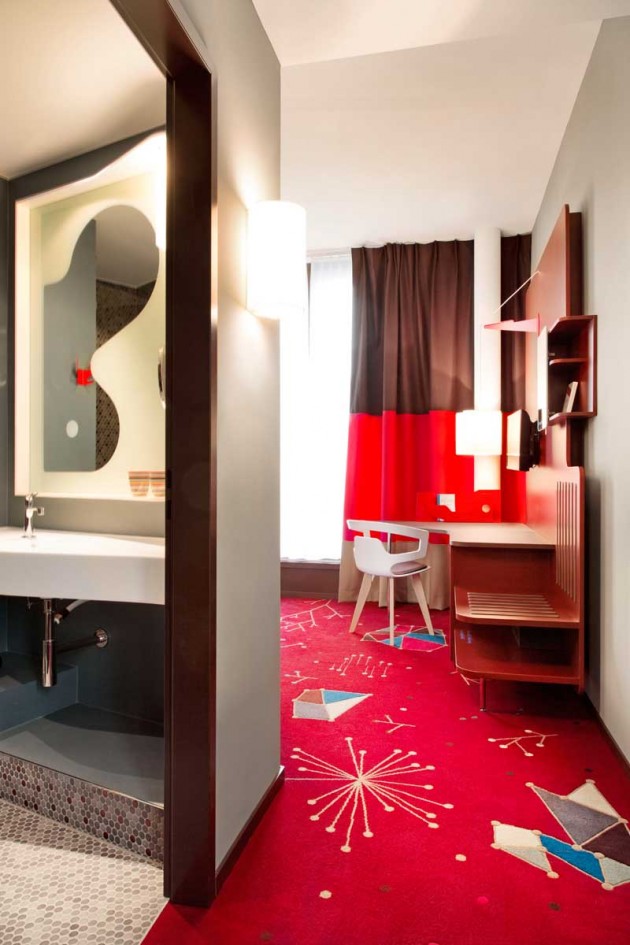 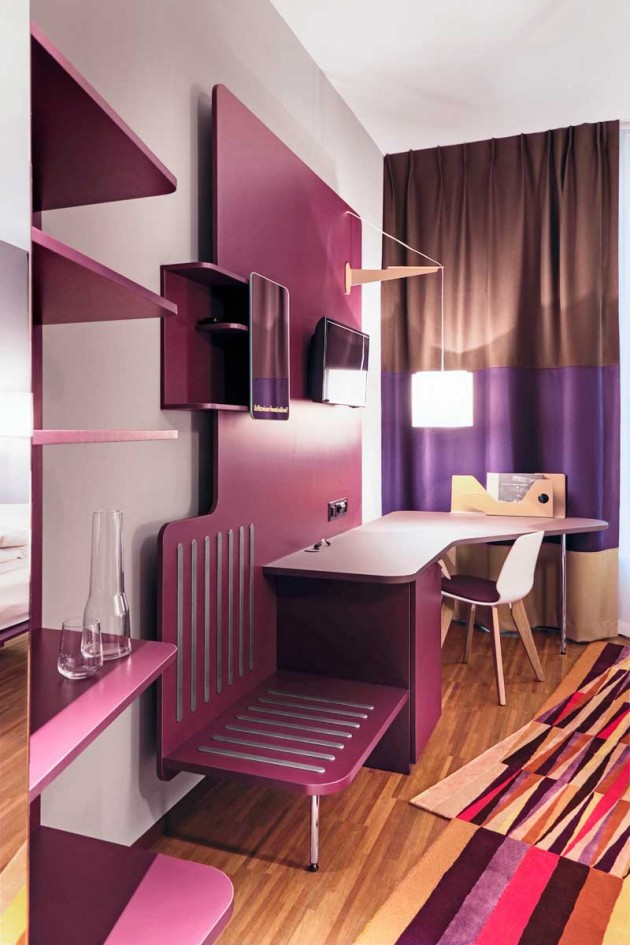 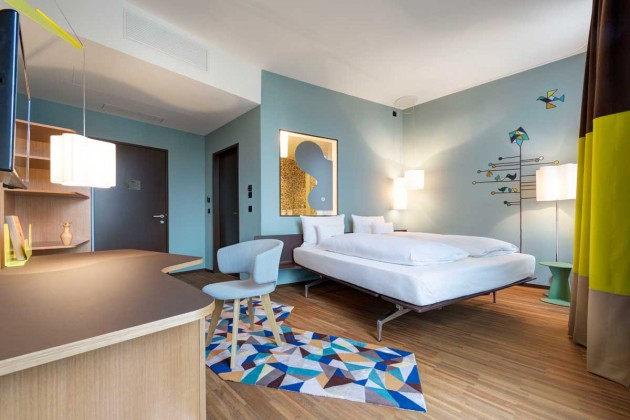 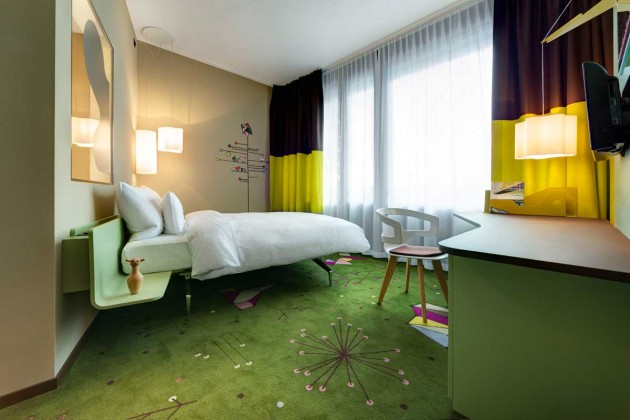 In the past few decades, in this most important developing area of Zurich, many creative people, clubs and international companies have found their home. Zurich West’s character is influenced by a mixture of former industrial area and the new development of the quarter. Zurich West is home to the highest building and the largest multiplex cinema in Switzerland, but it’s also home to the Zurich Schauspielhaus’ off-stage and the Academy of Art. Galleries, small theaters, bars and clubs make Zurich West the cultural melting pot and trend quarter of the city. As part of the Hard Turm Park areal, the 25hours Hotel Zurich West creates a dynamic unit with additional services and food service companies. The tram line 4 connects directly to the Hauptbahnhof, the old town and the lake.

The 25hours Hotel for Zurich was developed with the team of Alfredo Häberli Design Development. The Zurich designer with Argentinian roots is known for his creative concepts for brands like Alias, Camper, Iittala, Kvadrat, Vitra, Luceplan or Moroso and was named Designer of the Year in 2009 by Architektur&Wohnen (Architecture and Living magazine). In Zurich West it’s the first time he’s been responsible for the complete design of a hotel and in this project he continues to combine his usual witty product with new, exciting ideas, which have been developed for and with 25hours.

True to the 25hours motto “you know one, you know none”, the new hotel has made it a point to connect itself with the location. The pointedly organized, timeless interior of the first 25hours Hotel in Switzerland greets its guests with its Zurich mundane, including its generously sized hotel hall, elegant textiles, livable atmosphere and view of the park. 25hours through and through, also with its own little wink and a dip in the paint jar. In the usual manner Alfredo Häberli surprises with his contribution as designer of the hotel, including his double-entendre and value added in the different elements of the rooms. If you look closely, his subtle questioning of standard values may make you snicker or smirk. With the working title of “the smile of my hometown” the hotel is riddled with artistic and graphical interventions, which lead the guests out into the new home town of 25hours and into the favourite spots of the design team – beyond banks, chocolate and clocks. The discovery of the hotel’s best kept secrets is worth it: If you turn your head, change your perspective, look behind the curtains and sharpen your view of your own room as you walk through it, you’ll be pleasantly surprised.

Besides the Lobby with its central bar as the living room of the quarter, the 25hours Hotel Zurich West has a conference area with impressively relaxed interpretations of the Zurich guild room and the Kitchen Club in cooperation with Bulthaup for cooking classes, parties and meetings on an extraordinary scale. Hotel guests have their choice of Silver, Gold and Platinum room categories, which, thanks to striking colors and different arrangements within the building, create a variety of atmospheres. And as a secret tip, like an eagle’s nest above the lively Business Plaza: The Sauna with its placid natural materials and breathtaking view of the city.