A Cocoon Inspired Hotel In Costa Rica By Zürcher Architects 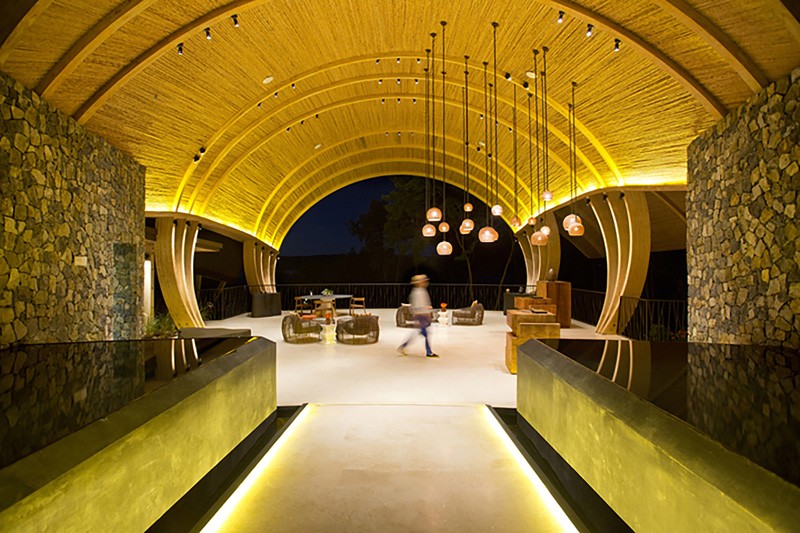 During our walks through the site we encountered several archeological pre- Columbian fragments made out of lava rock and clay. We realized that the local humble flora and fauna of the region inspired our ancestors. They were not about jaguars and eagles, for the contrary, they were inspired by the little cocoons, thorns and seeds. From there, we explored similar sources of inspiration to create the arts and crafts. With that in mind, we created the architectural concept for the project. 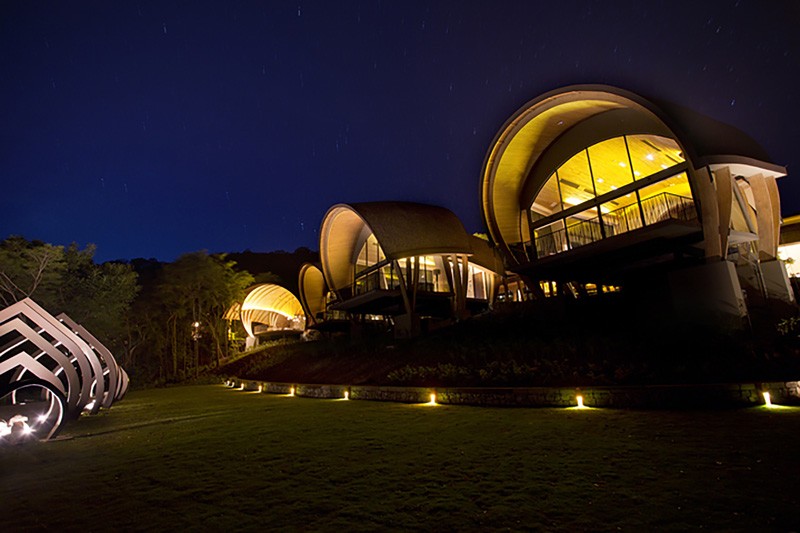 Through the design process, the biggest challenge was the site conditions. The 28-acre oceanfront parcel, presented an irregular topography with a level difference of 60 meters between the highest and the lowest point. The buildings were configured in a way to optimize land use and construction efficiency and were strategically located to have a low impact on the natural water pathways. Orientation was determined by natural ventilation, daylight and ocean views. 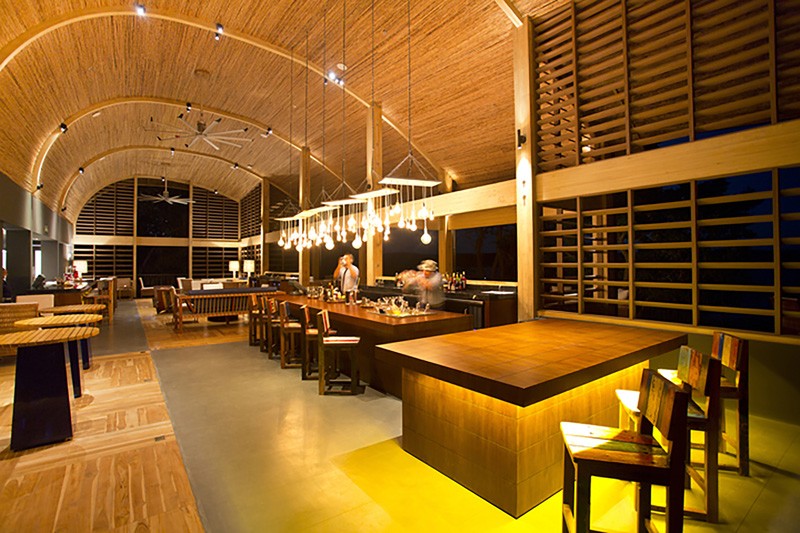 There was a sincere approach on the materials used and a genuine absence of non local ones. With this, we brought a naturalist approach to balance modern design with touches of character that could blend into the natural surroundings such as woven textiles, solid woods and carved local artifacts. 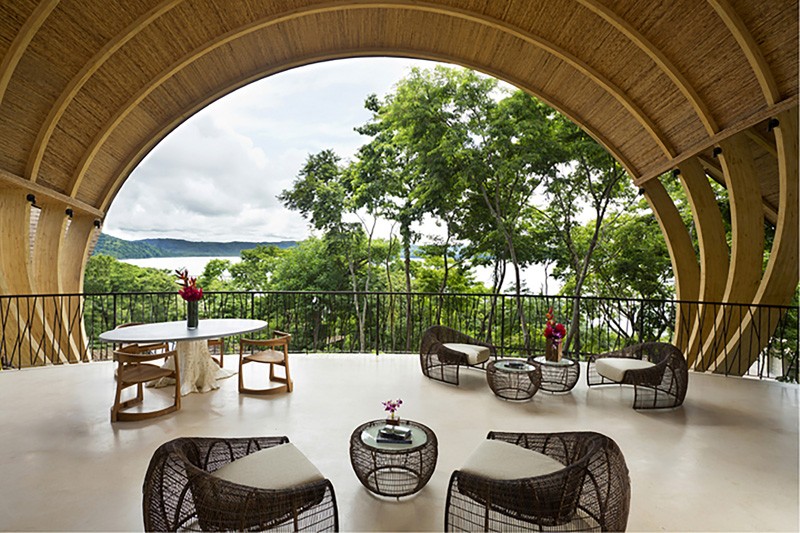 The program was divided in four components: The guest rooms, composed by 7 building blocks of two and three stories high. The restaurants scattered along the project in three distinct spot, one of them with direct access to the beach. 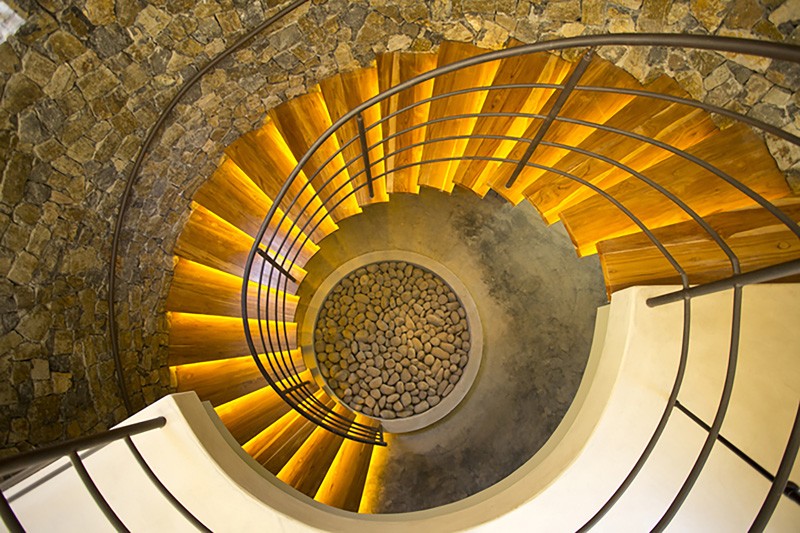 The main building composed by the lobby, meeting rooms and terraces encountered through a courtyard. Finally an 11, 000 square-foot Sanctuary Spa located at the tip of the site, as a final destiny into the deep natural forest. 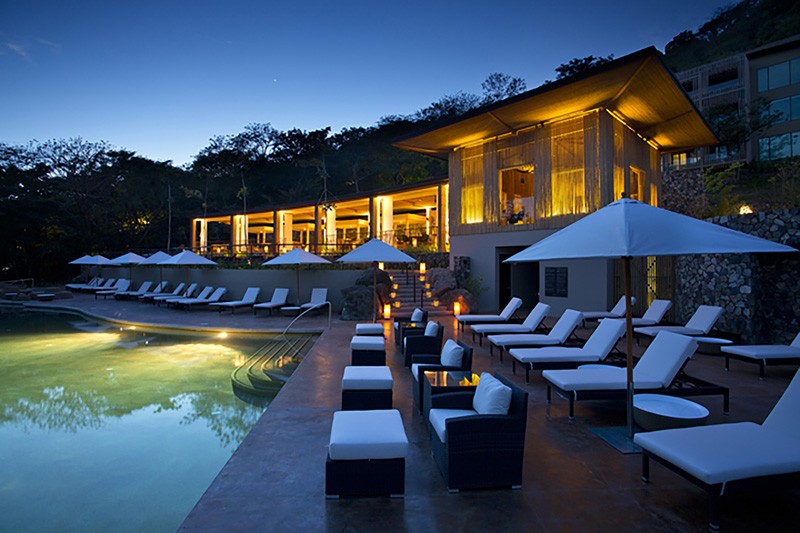 Costa Rica is known for its peace-loving attitude and we felt tapping into Mother Nature’s energy was the best way to connect the resort with the overall vibe of the country. 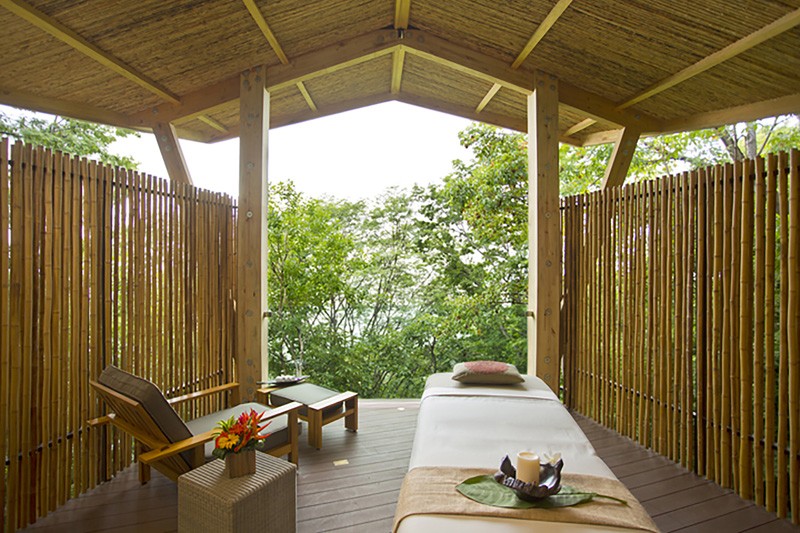