A Contemporary Redesign For This 1930s House In Toronto

Johnson Chou has designed the renovation of 142 Kenilworth, an early 1930s house in Toronto, Canada. 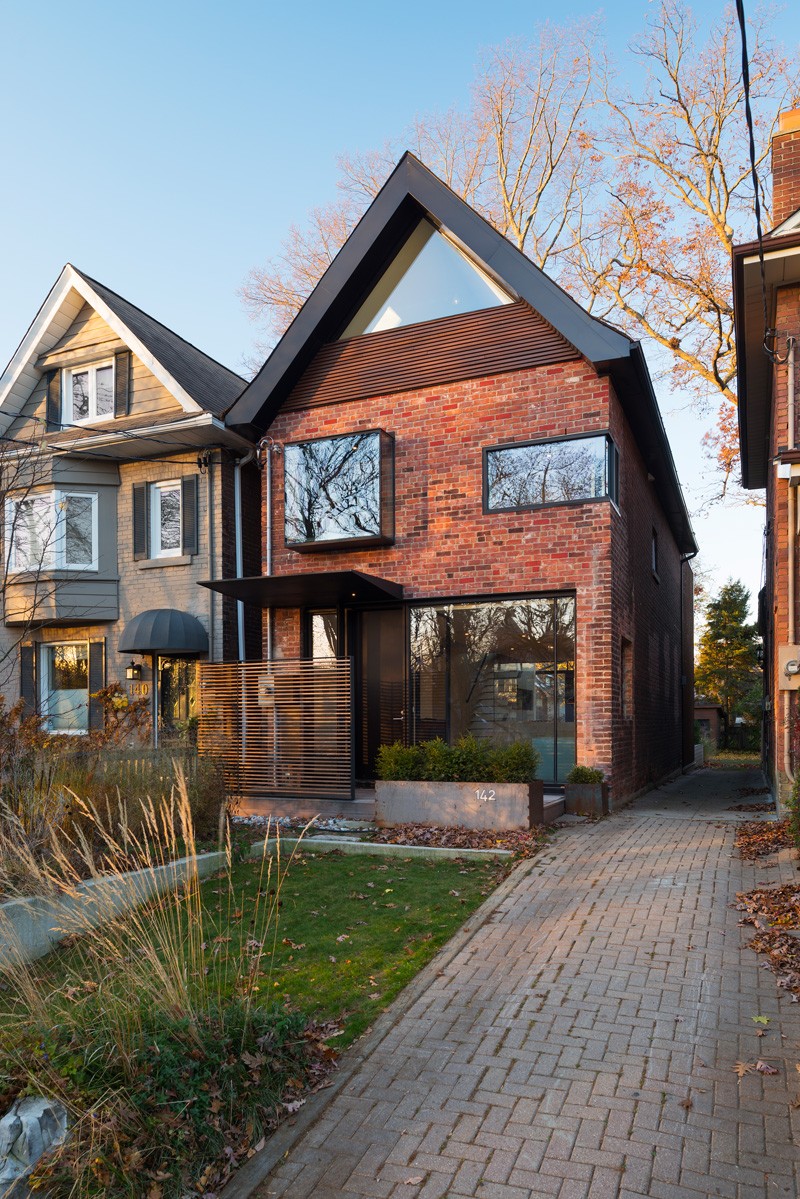 Built in the early 1930s, maintaining the integrity of the scale and form of the original building was a priority. Retaining the roofline, as well as preserving and repairing the existing brick, allows the building to blend with the houses that line the street. Yet, there was a desire to allow for modern interior elements to percolate to the exterior creating a juxtaposition of old and new. 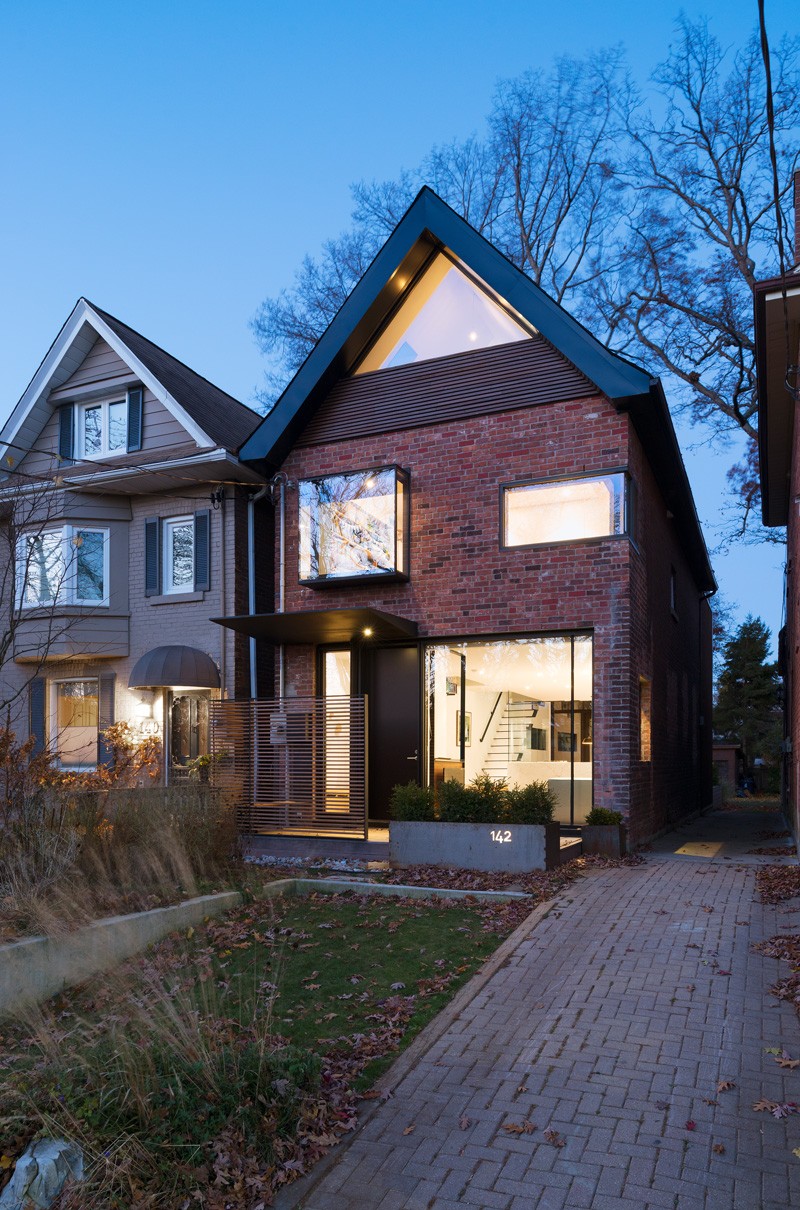 The design concept was two-fold: to perforate the volume of the building with openings to provide visual access throughout the space on a horizontal and vertical dimension; and to develop a motif that redefines the existing building as a series of overlapping ‘frames’ that function either as portals or apparatuses for viewing. The project is about creating volumes of flowing spaces in both the horizontal and vertical dimensions and the kinaesthetic experience of framed views from within and without. 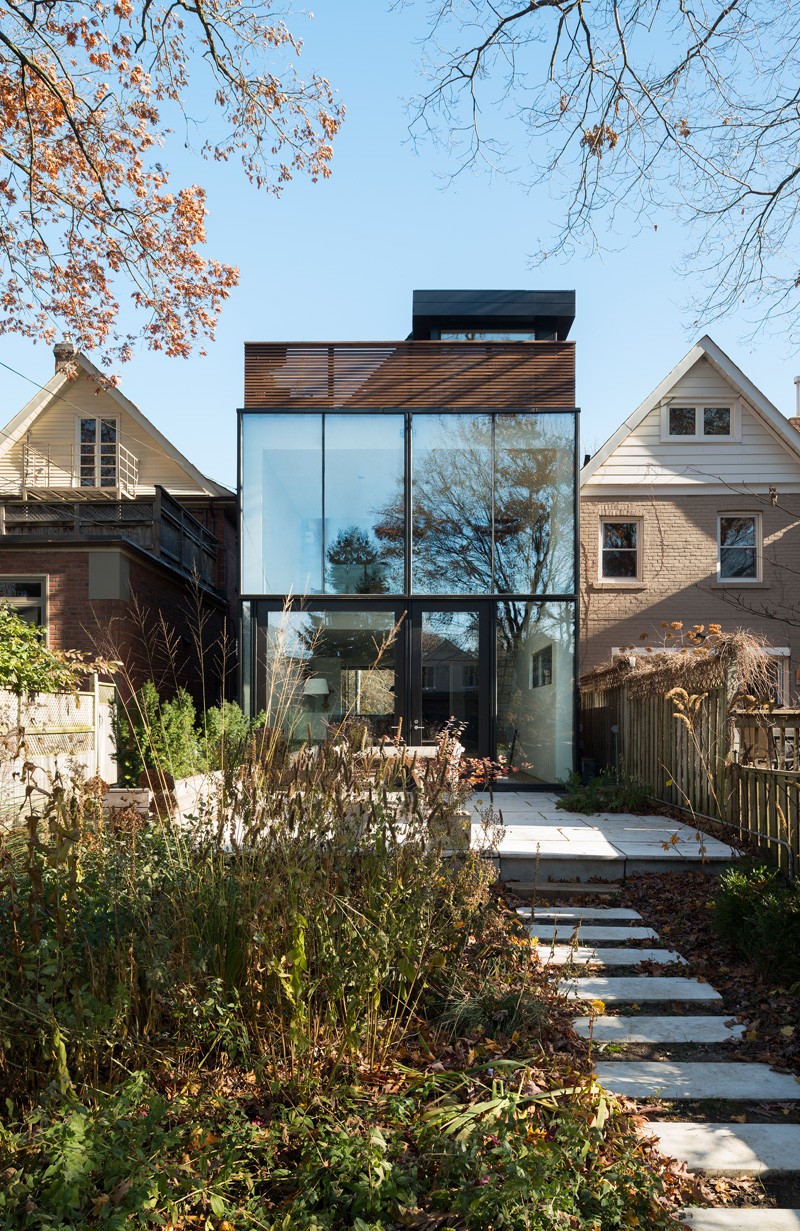 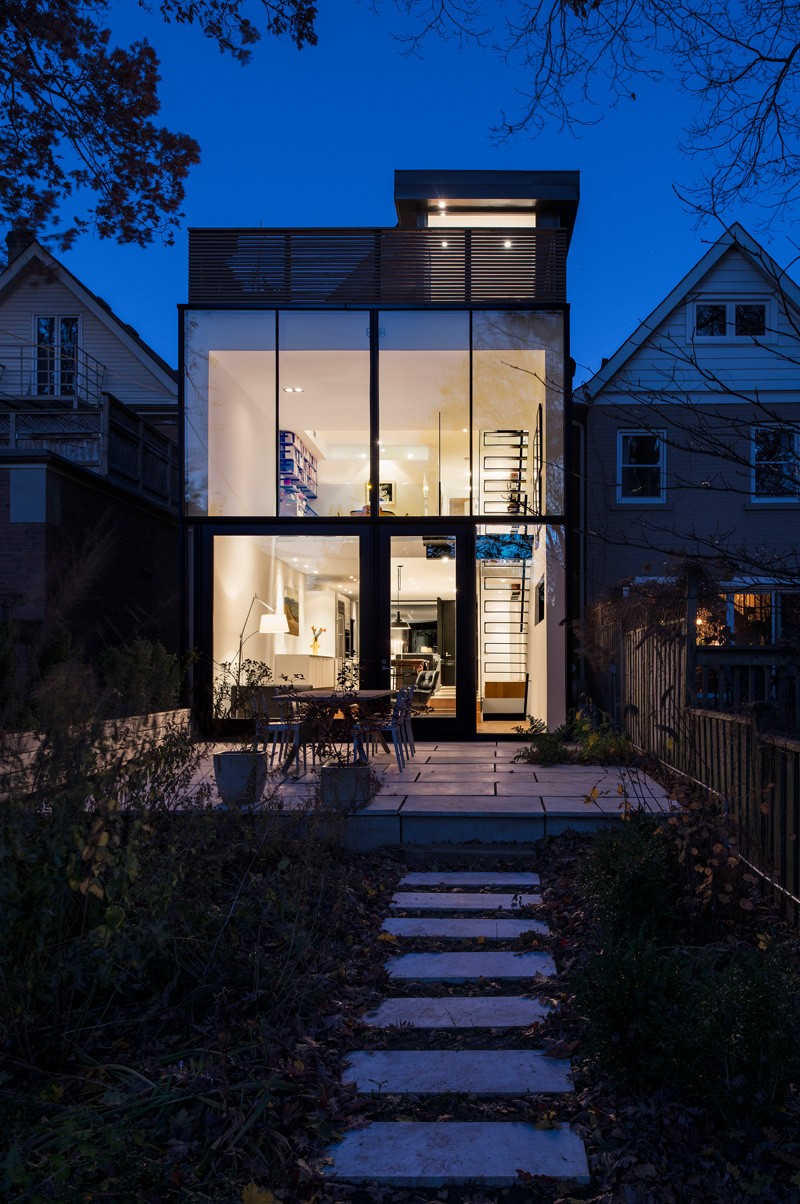 By eliminating the interior partitions on the ground floor; repositioning the main stair against the side of the building; and removing the exterior wall facing the backyard, the two levels of the existing interior spaces overlook a double-height space of a newly created living room addition: the visual link and notional ‘hub’ of the residence. 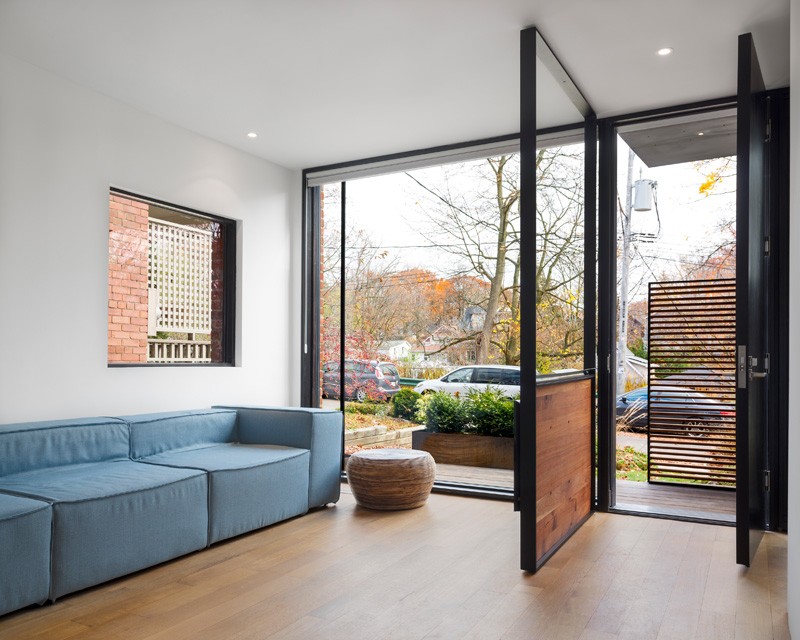 As the eye moves from the front to the rear of the house, the solidity evoked by the front facade dematerializes to a veneer of glass – framed by narrow, custom-fabricated mullions – that creates the illusion of being detached from the house. Blurring the distinction between the interior and exterior, the glazed rear facade contains an oversized, pivoting glass door that leads out to a patio. 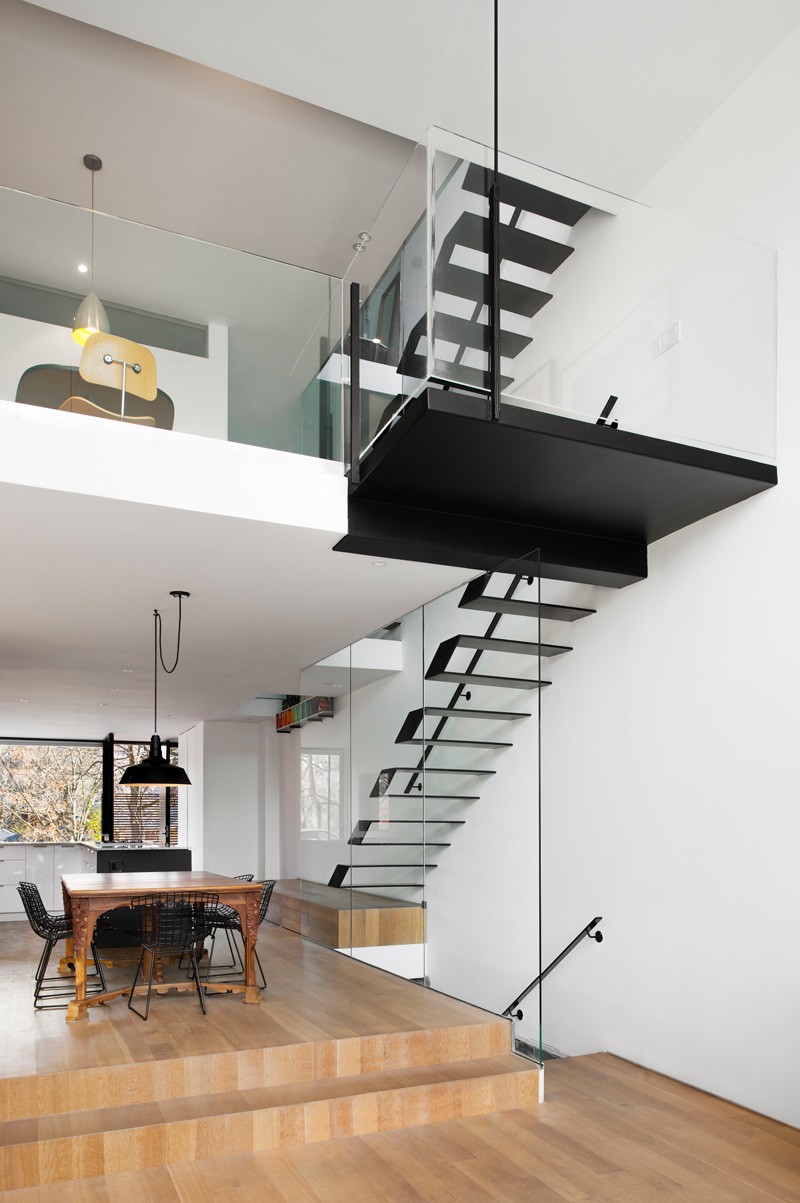 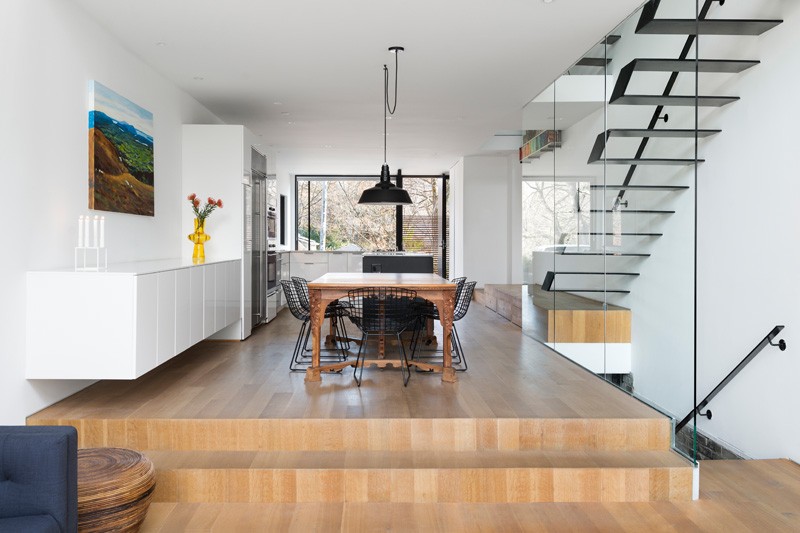 The staircase is made up of a series of frames – 13-millimetre-thick steel plates welded into rectangular boxes – that float up one side. Further, aluminum bookshelves appear to burst through the glass floor of the second creating an unexpected transparency between floors. 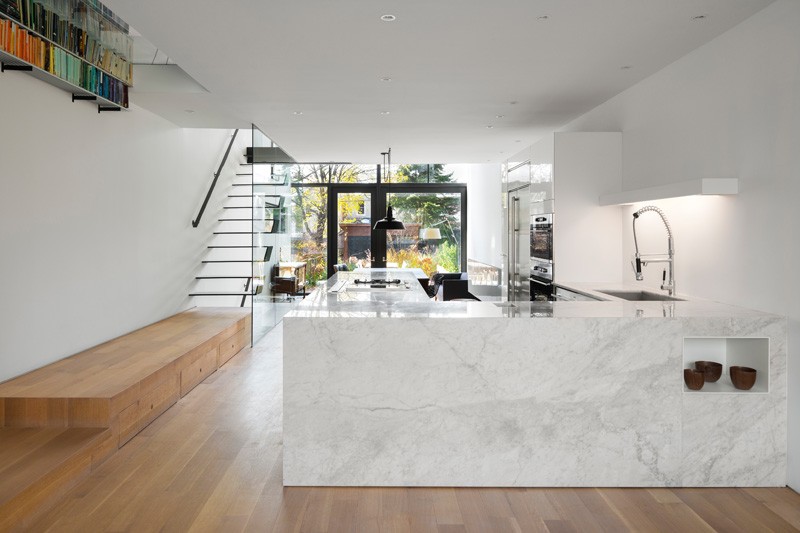 The attic was transformed into a master bedroom and ensuite – separated by frameless glass screens – by levelling the ceiling; however, the peaked window, not only frames the tub and view of the park beyond, but was a result of maintaining the facade that is mirrored in the adjacent buildings. 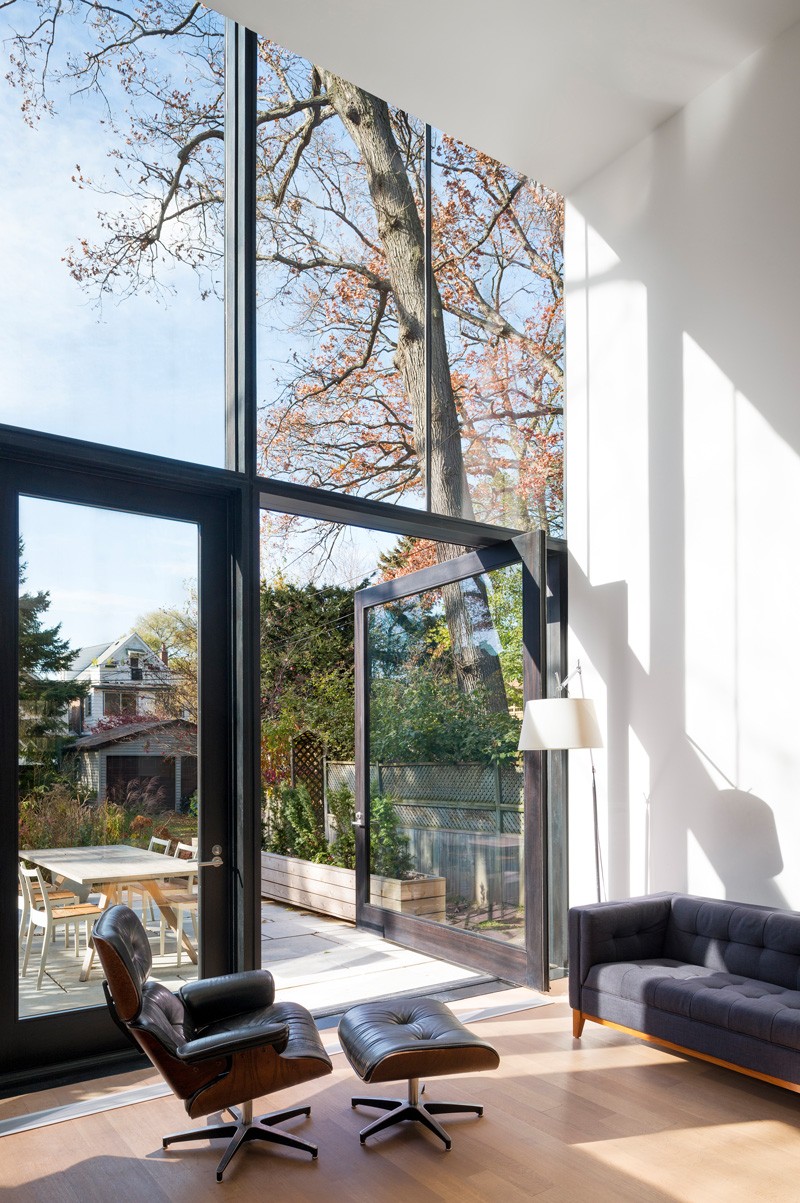 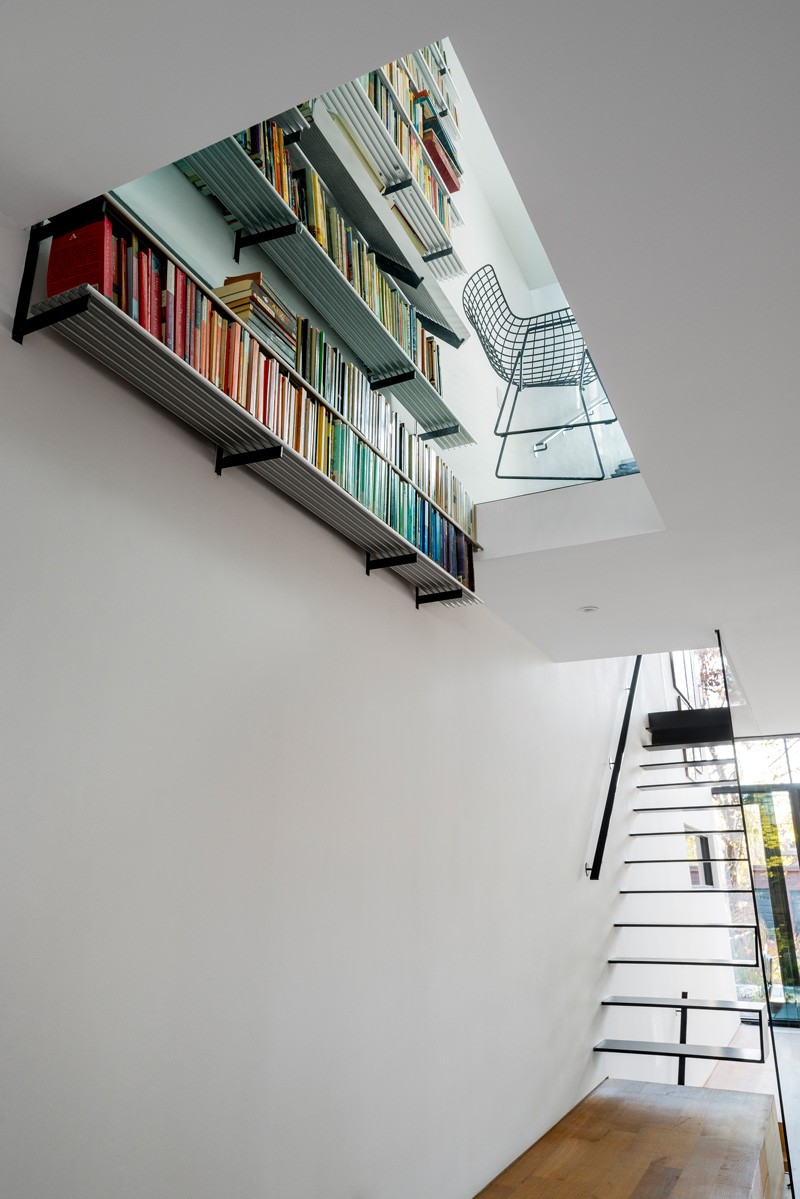 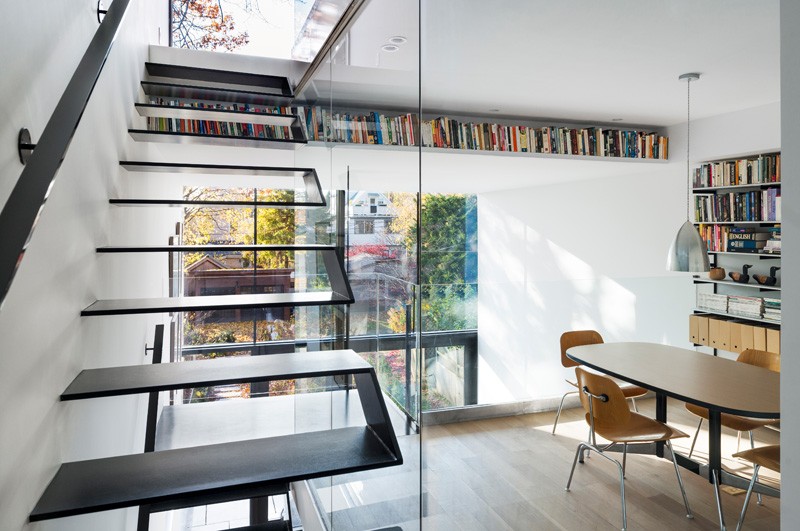 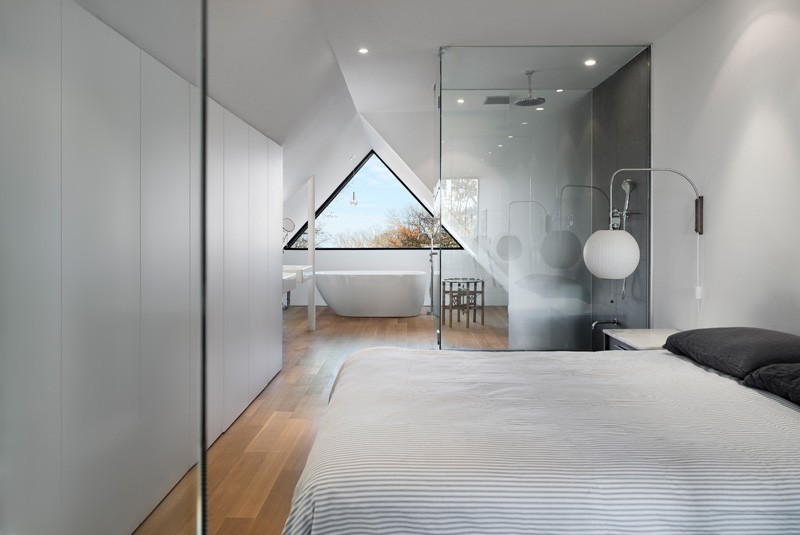 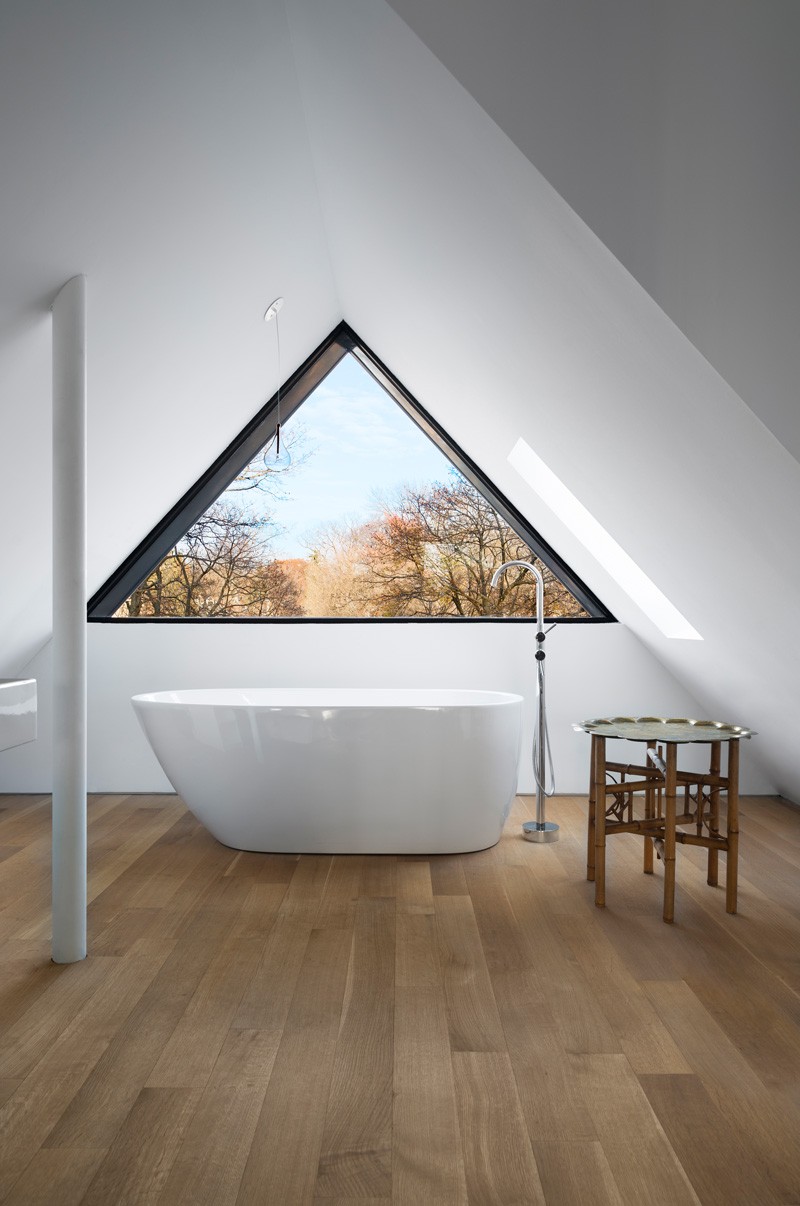