A Former Cockfighting Arena Has Been Converted Into A Lovely Garden

2.8x Architects have transformed what was once a cockfighting arena near Lima, Peru, into a calm and relaxing garden that is open for all the neighbors to enjoy. 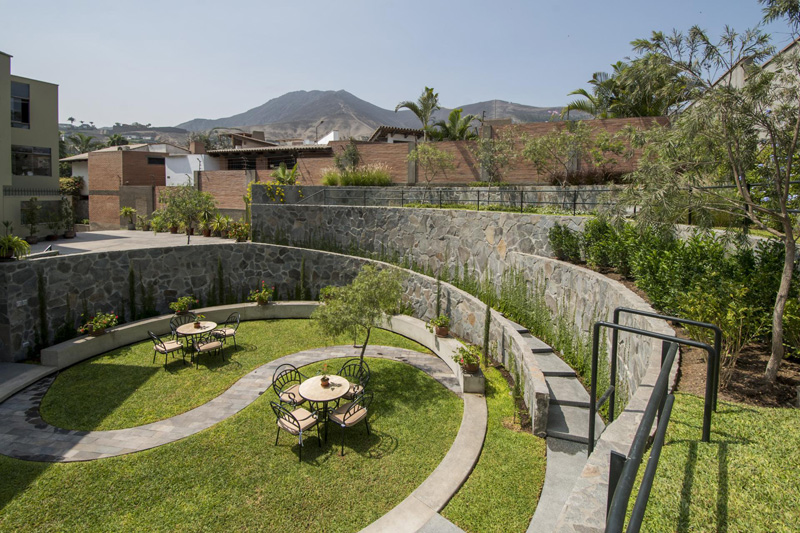 The Project is born from the idea of recovering an old cockfight coliseum no longer in use, and changing its purpose without transforming the original space and traces. 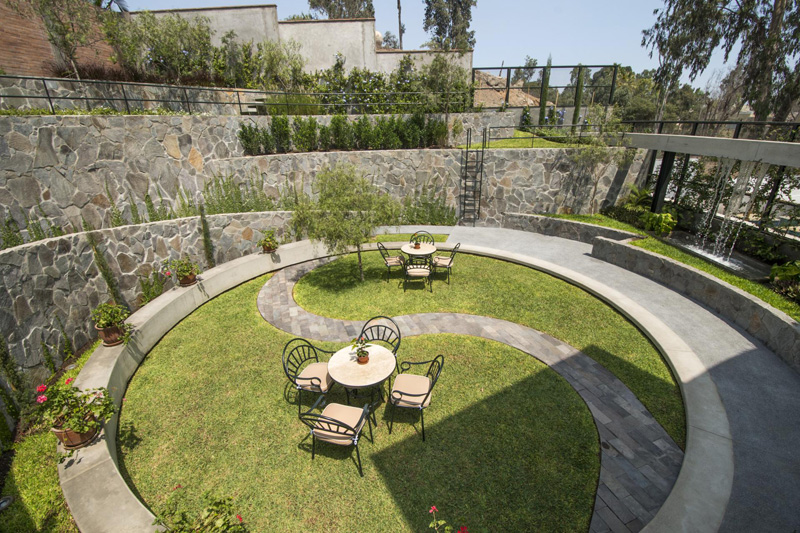 The space is part of a property that limits with neighboring houses which have access to it. The idea was to transform the old coliseum in a relaxing garden that would allow meditation maintaining the essence of its function through the years. A concept to be used so as to achieve the new image was the one of “ruins”. That is to keep part of the existing stands and the central space figuring remains of what existed there back in time. 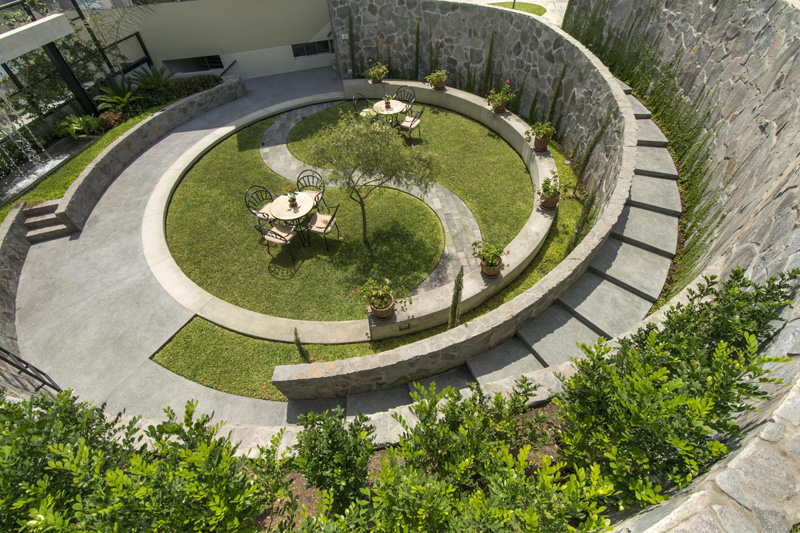 So the curved lines of the terraces contemplated in the project go on top of the remaining concrete stands, and the levels of these terraces try to maintain the original levels of some of the stands. This way the proportions of the coliseum continue. In the same way, the central space of the garden keeps the same dimensions and characteristics of the arena where the birds used to fight. The project has as background the hills of the residential area. 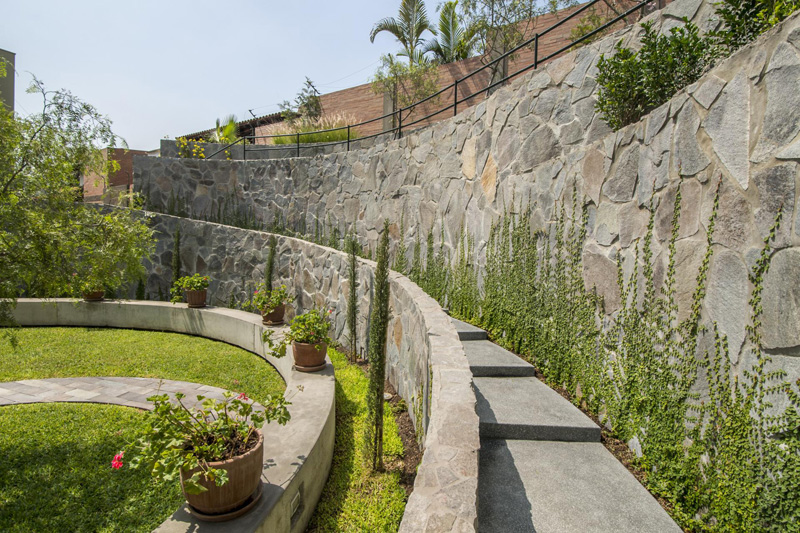 It is because of the surroundings where the project is located, with hills all around, that we chose irregular “talamolle” stone as the main building material. We also used terrazzo, concrete, and green painted iron for some details like the fountain, the circular bench, the wire net, and the ramp at the entry among others. 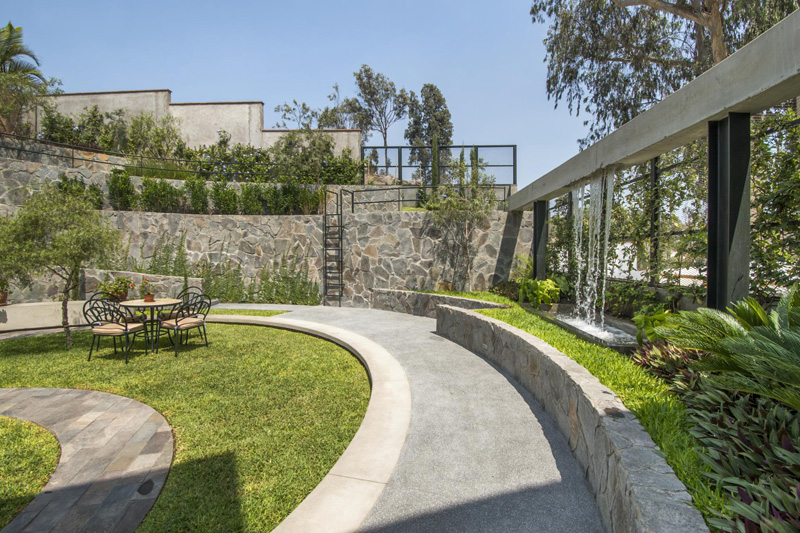 To reinforce the idea of a memorial garden and a place suitable for meditation, elements such as water, a circular ramp all around, and a curved path of stone crossing the central space were included. The path together with the central circular garden form the ying yang, that is the equilibrium center of the whole space. At night the diffused illumination has an important role too. 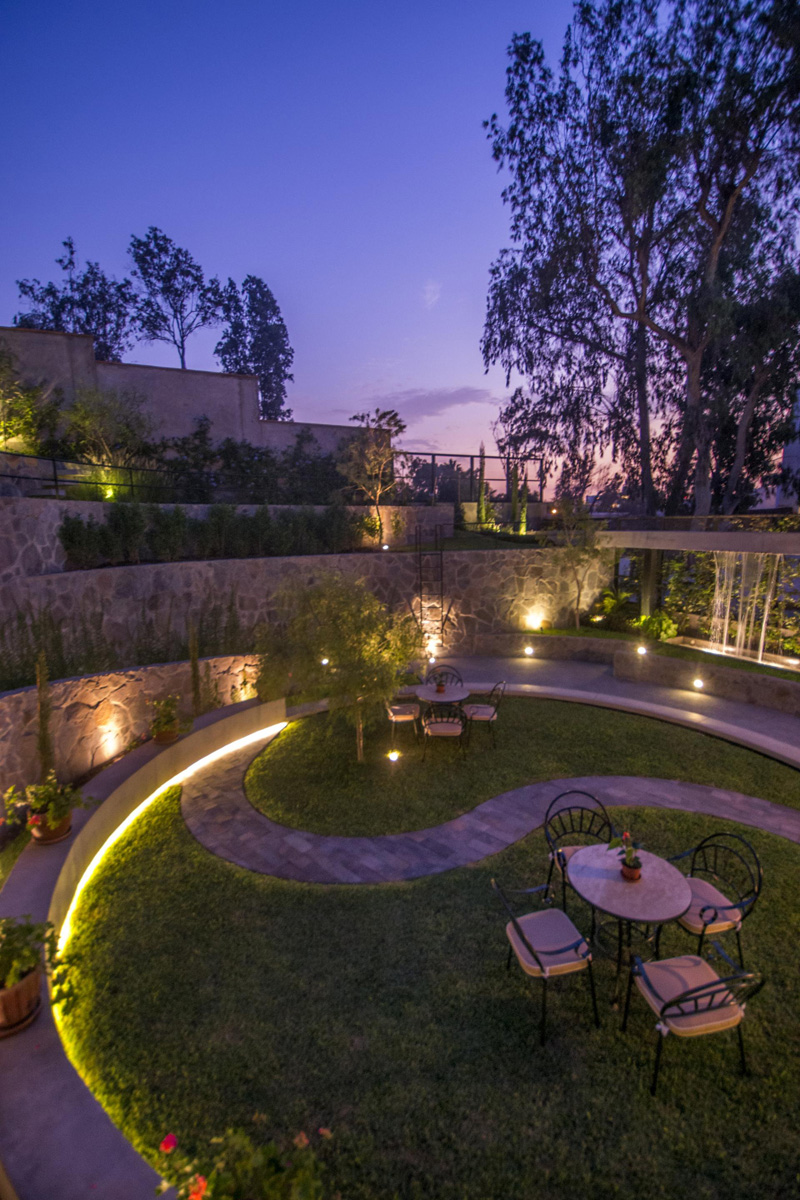 The vegetation was thoughtfully planned. There are trees in the high terraces which will form a green curtain as they grow. For the perimetric walls we chose a creeper. The area of the fountain forms a reflecting surface of water with a tropical air, while the terraces project a dry air with the character of the Andes.

The idea is not just to contemplate the space, but to be able to go through all of it. That is why stairs and ladders appear in different parts of the project. It is a dynamical project which offers various sensations and visuals