‘A History of Aviation’ by David Henderson

Artist David Henderson has created a sculptural installation named ‘A History of Aviation’.

Watch a video of the installation – here 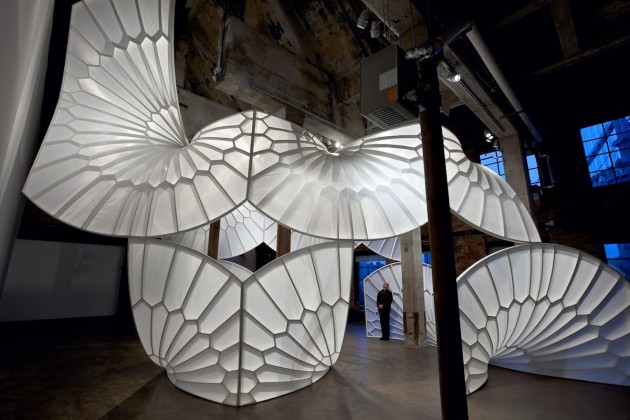 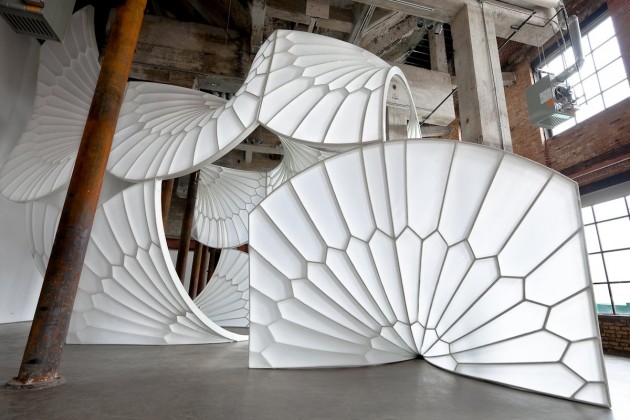 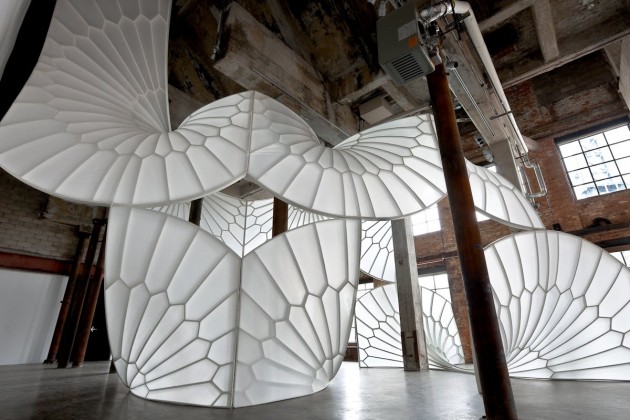 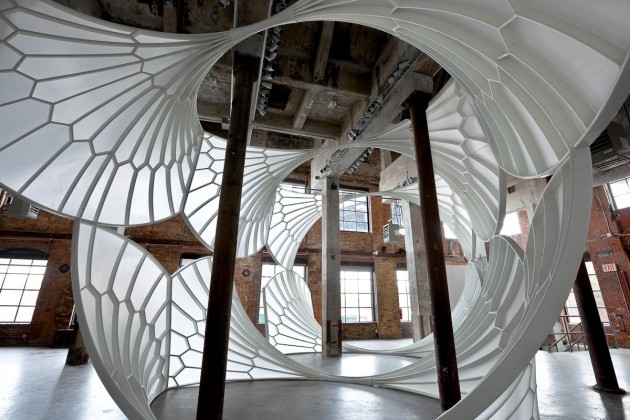 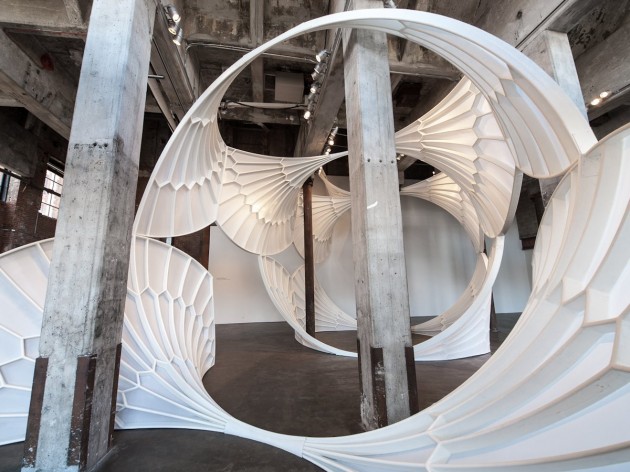 Inspired by the 15th century fan vaulting of Bath Abbey, A History of Aviation – Part 2 is the second incarnation of this modular, adaptable installation. Furthering my longstanding investigation of curved sculptural spaces and surfaces, the sculpture revests Perpendicular Gothic with its original spirit: an aspiration to defy gravity, to soar, to create a space in which the spirit can fly.

Designed on a computer, the sculpture is built using deceptively simple methods. The skills and materials of the 15th century stonemason are exchanged for those of the contemporary backyard aircraft builder. The structural elements are carved from foam, then wrapped with layers of fiberglass and epoxy resin. The resultant rigid, ultralight ribs are assembled into the toroidal structure, and the whole is skinned with heat-shrink Dacron fabric, also borrowed from the aircraft world.

In this manifestation, the sculpture works with Smack Mellon’s imposing industrial space, cutting exuberant arcs in space through the rectilinear rigidity of the concrete and steel. It acts as a counterpoise to the huge mass of the concrete hopper overhead, its airiness describing and buoying the space underneath the massive structure, stretching into the dark upper reaches of the space. The sophistication of the gothic vaulting comments on the bare-bones functionality of the post-and-lintel construction of the hopper, which is an industrial-age throwback to pre-Roman architecture. The curves and structure echo the sweep of the bridges outside the windows.