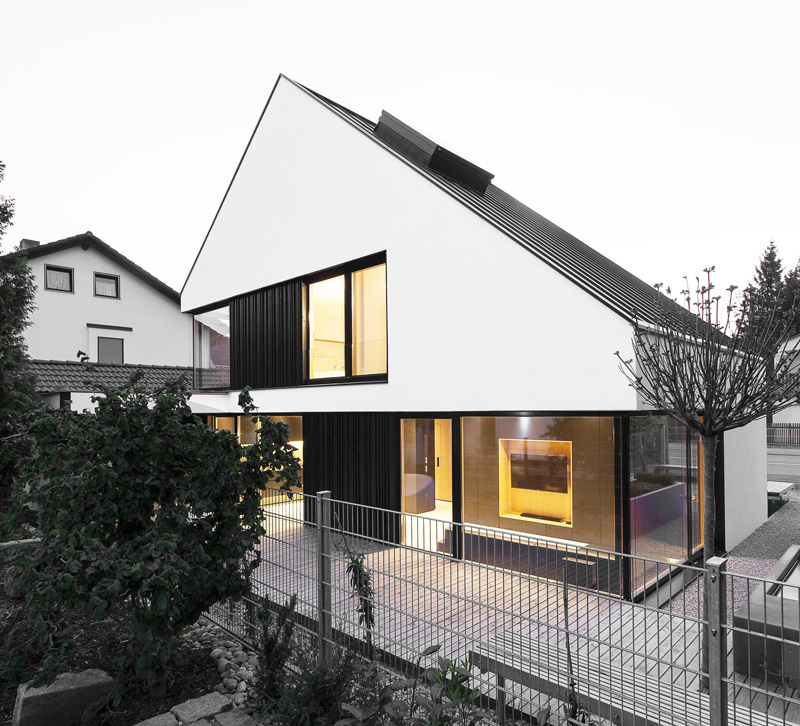 Format Elf Architects have designed a home for a family on the outskirts of Munich, Germany, that features an asymmetric pitched roof. 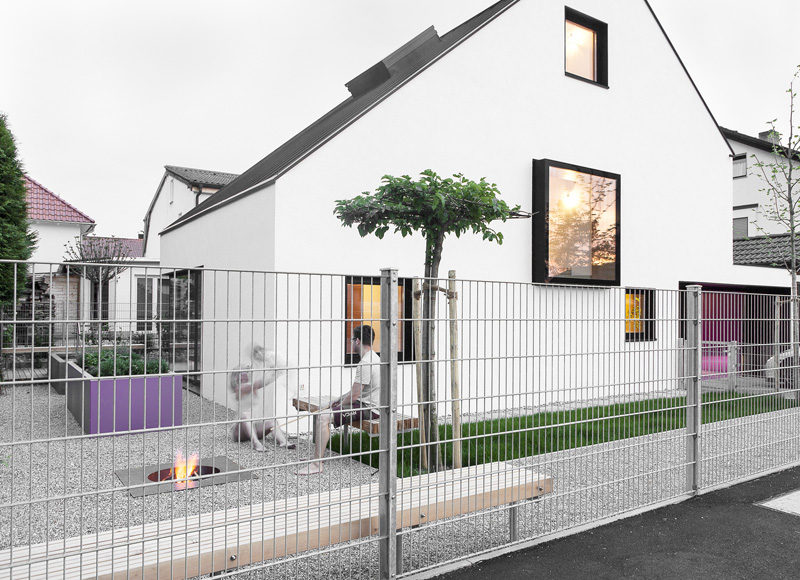 On the small plot, the maximal possible cubature and the existing parameters have been used in an optimal way. The building follows line of the houses in the street and thus continues the urban edge along the link road. 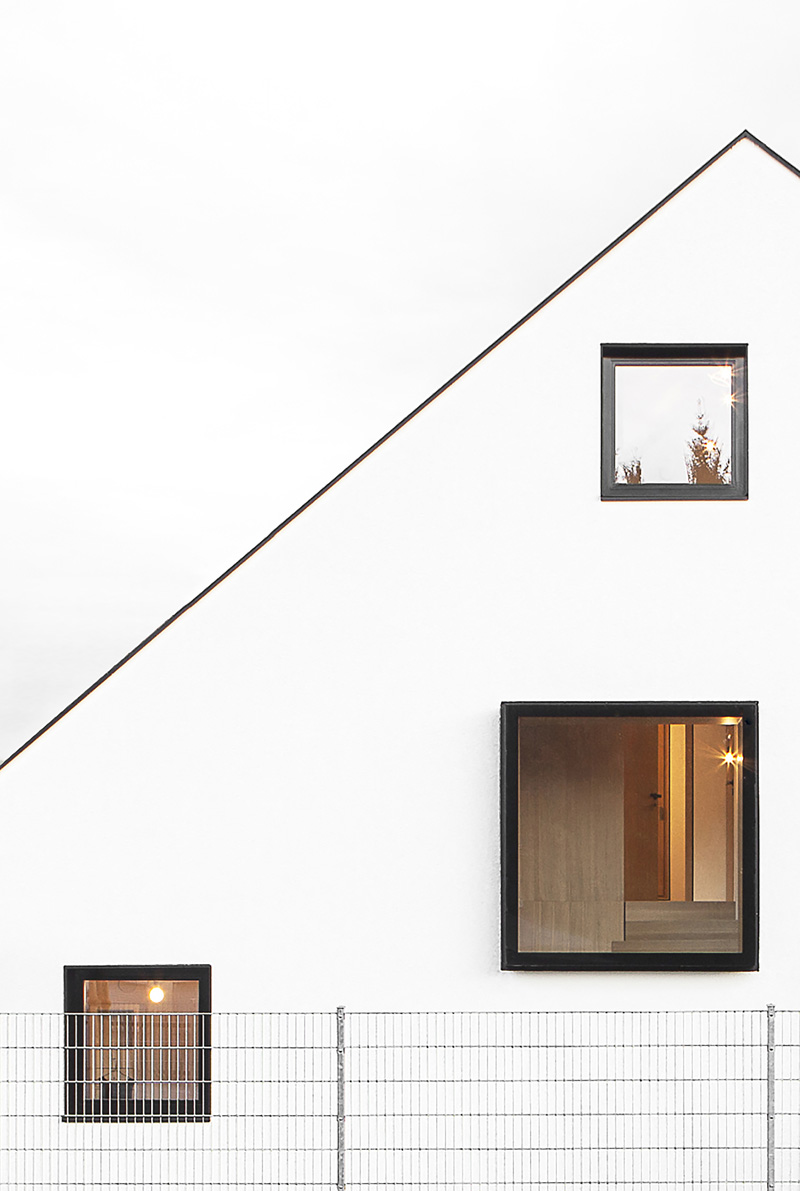 The front garden area next to the street is thereby supported and the roof orientation of the surrounding buildings continued. The typical picture of a gabled roof house characteristic of the area is taken up, but is enhanced by the perforated facade and interpreted contemporarily. 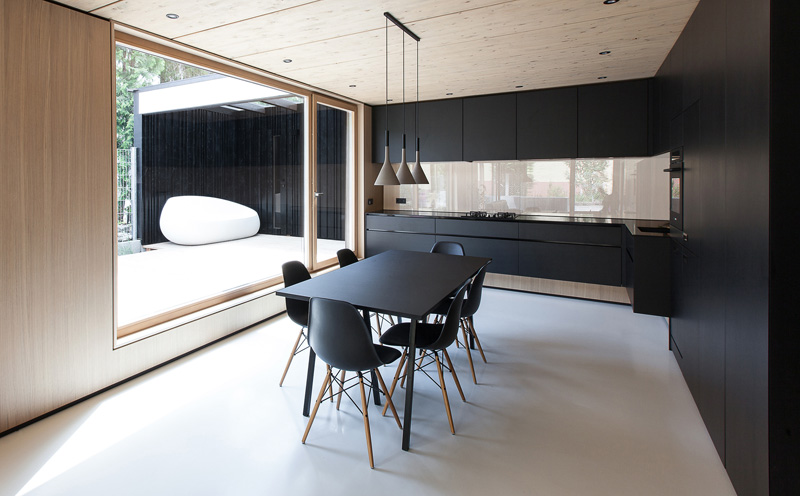 The roof pitches, which were determined mathematically according to the yard and setback regulations, have been implemented innovatively in the form of an asymmetrical roof in order to create maximum living space on the small plot. 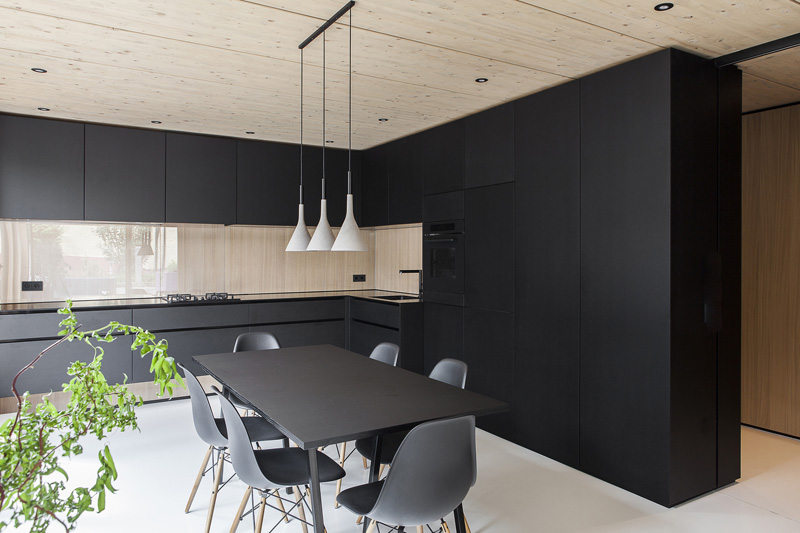 The facade that faces the public space and with it the sound emissions from the road traffic contains only a small number of indented or protruded windows and is therefore more closed. 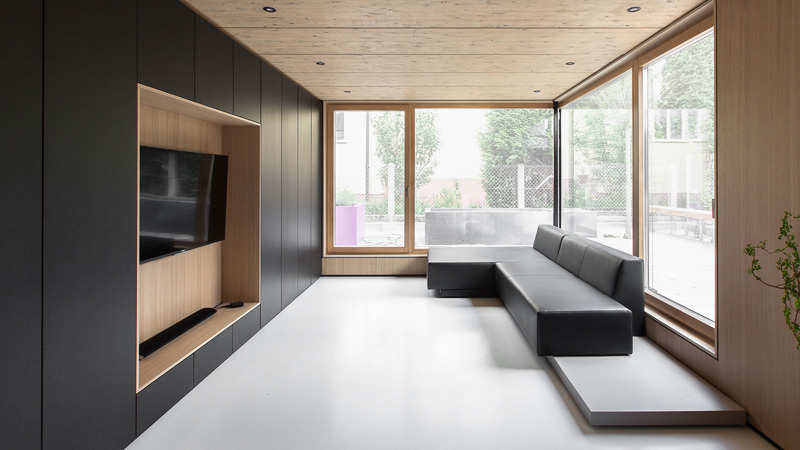 On the far side of the road the building opens towards the garden with large windows. Thereby the small inner and outer areas visually merge to one combined large living space. 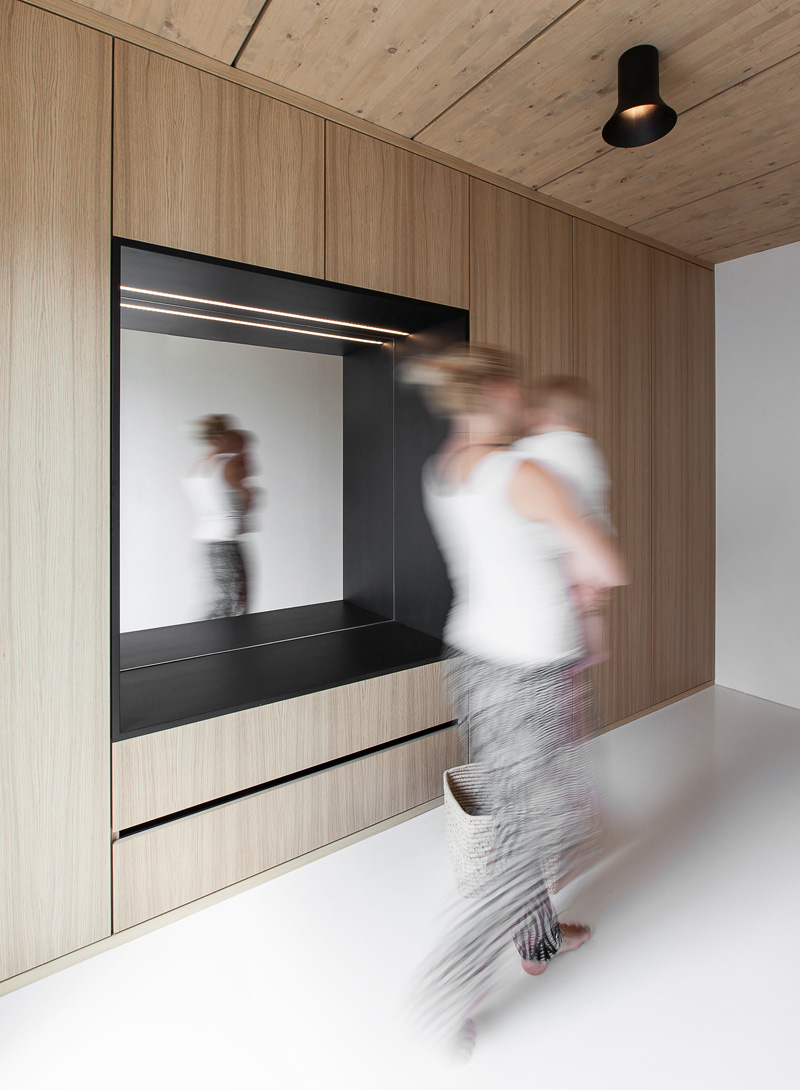 The predominant colours and materials used on the building are reflected in the interior design. The living room is separated from the circulation area by two black furniture boxes. 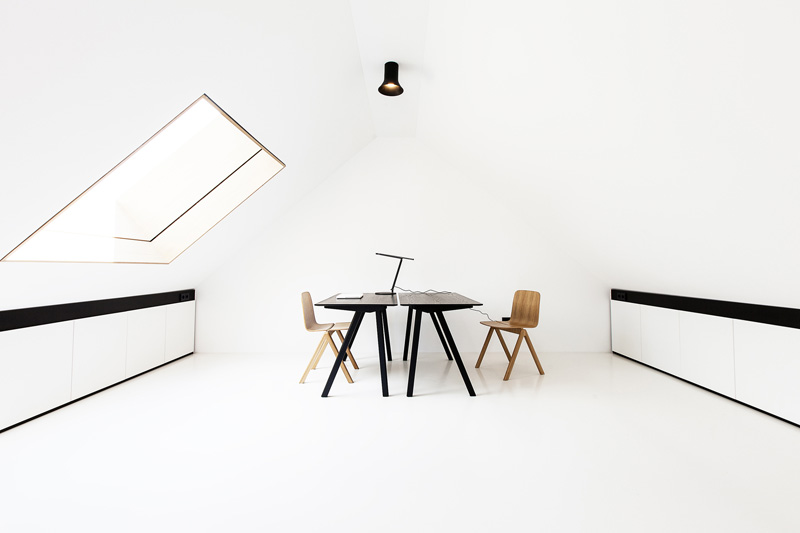 The white floor gives the room brightness and depth. The timber of the Brettstapel ceiling remains visible and is repeated in the furniture, stairs and doors. Maximum residential value on a minimal plot.