A Mid-Century Modern Home In Vancouver Gets An Update

Architect Kevin Vallely has given a mid-century modern house in Vancouver, Canada, a contemporary update for a young family. 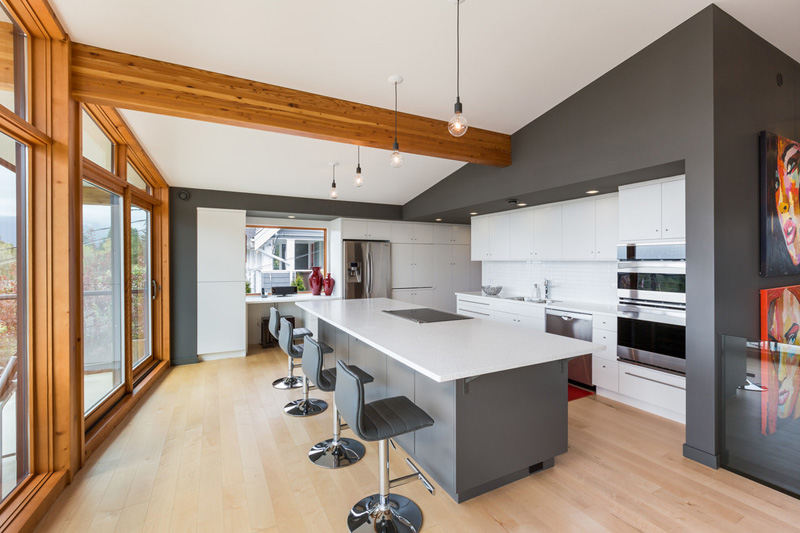 The Tempe Residence is a 1950‘s post and beamer sitting on the south facing slopes of Vancouver’s North Shore mountains. The clients, an active couple with two young children, approached the architect wishing to completely rework the plan of the home while still maintaining its mid-century modern character. 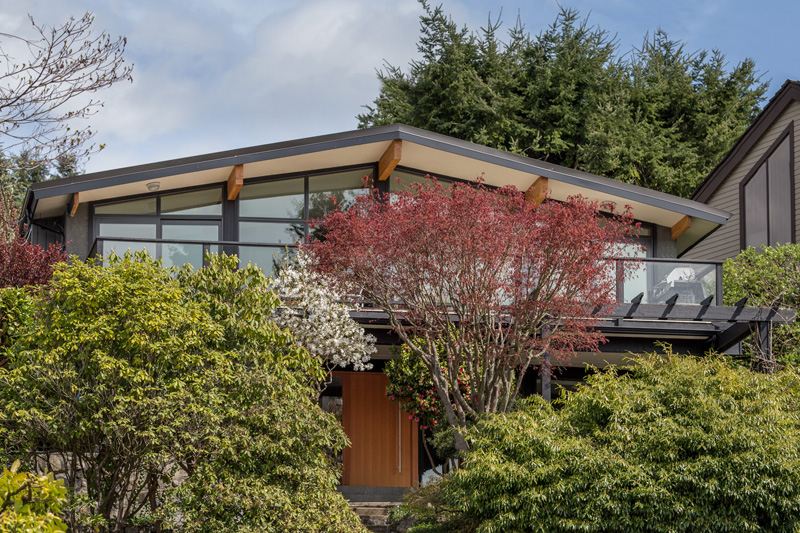 As per the client’s desire the home now has all its bedrooms on one level, is opened up on the main level to better capture light and views and has been given a fresh modern update. 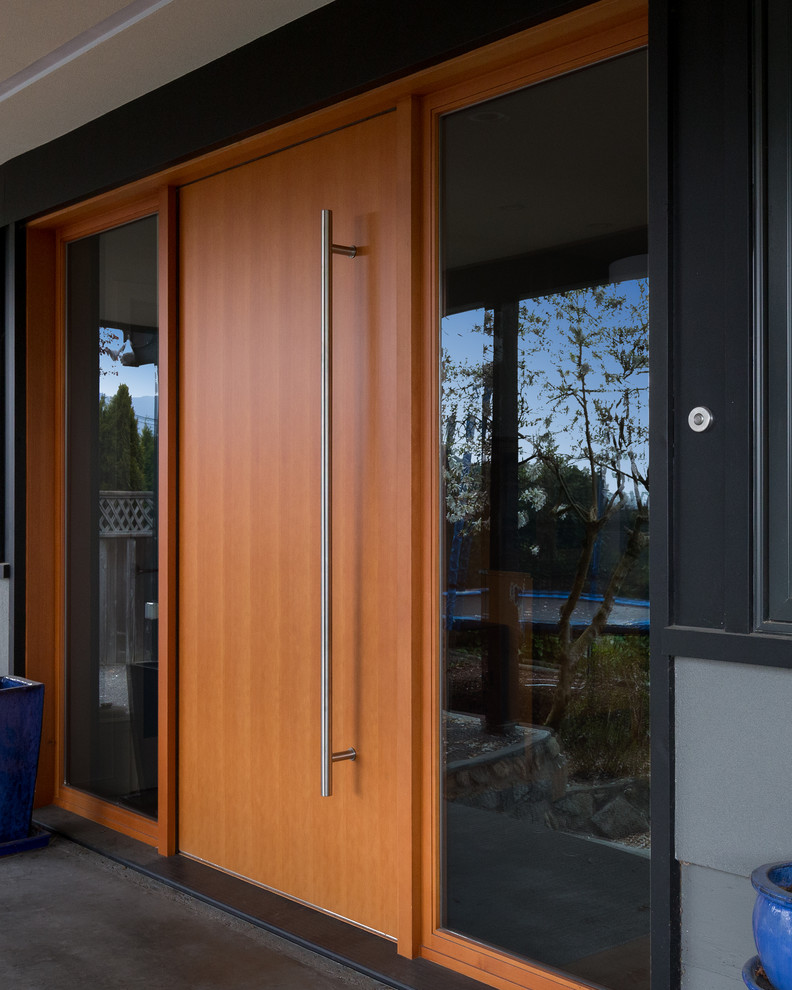 The exposed roof decking of the main ceiling was drywalled to brighten the space while painted glulam beams were sanded and stained to bring back their natural vitality. A diminutive entry stair was widened and made a central feature in the design. 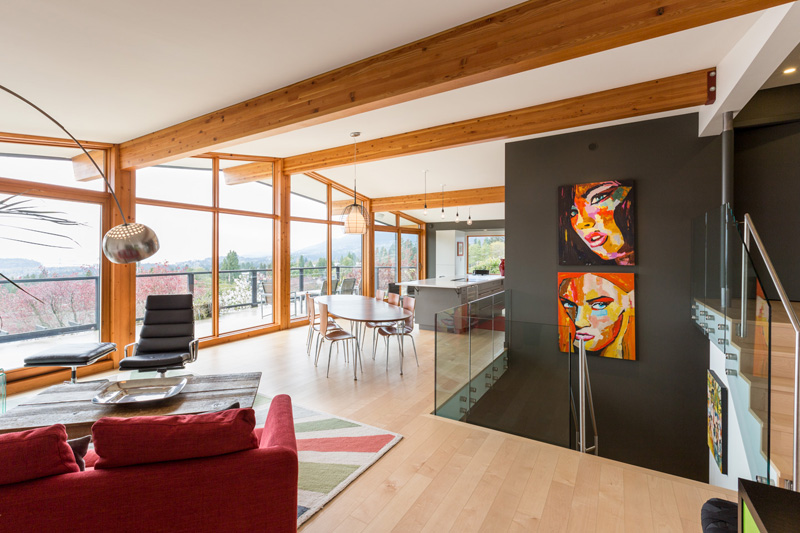 The design is sensitive to budget and uses a simple device of a charcoal accent wall to enliven the main living space and kitchen. A large linear skylight, running from one side of the house to the other, illuminates the master ensuite and walk-in closet and draws in generous amounts of natural light into what would otherwise be a dark, windowless space. 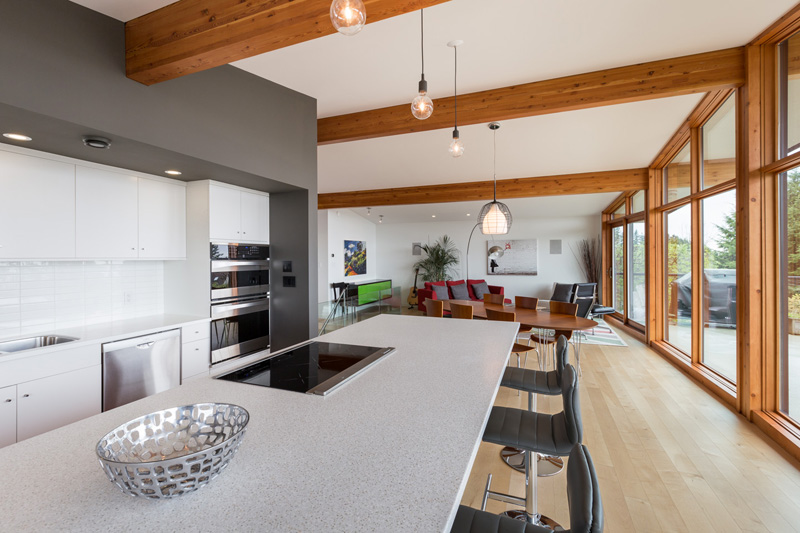 The exterior facade received a discrete treatment of a new a colour scheme with re-articulated roof flashing and fascias and new windows. The home maintains it’s mid-century modern character while looking crisp and new. 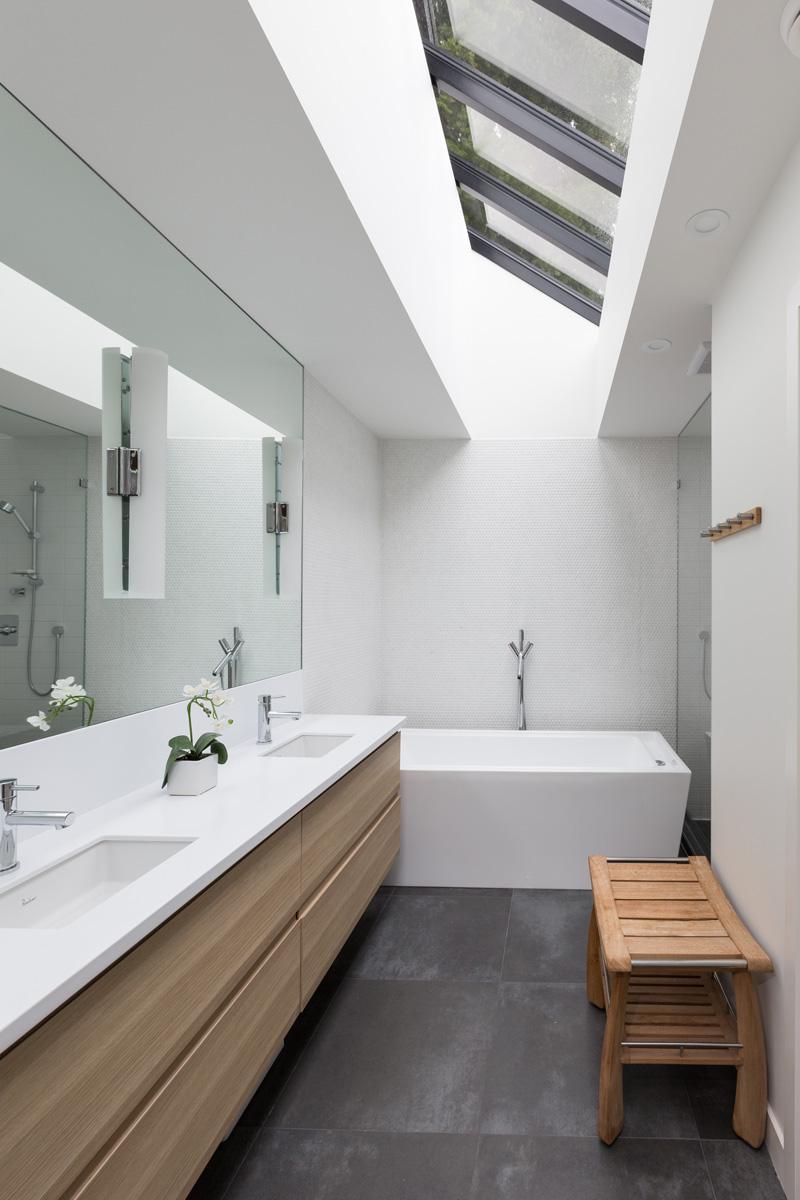