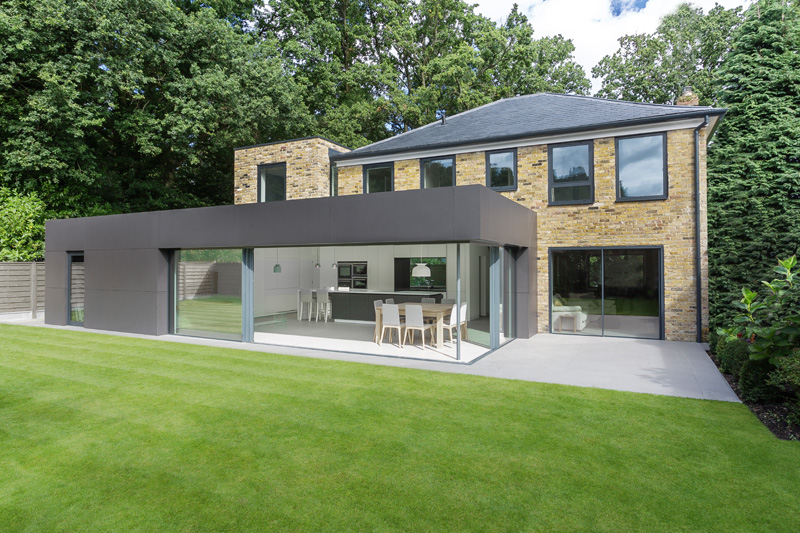 AR Design Studio have completed their latest project, the extension and refurbishment of an existing house in England. 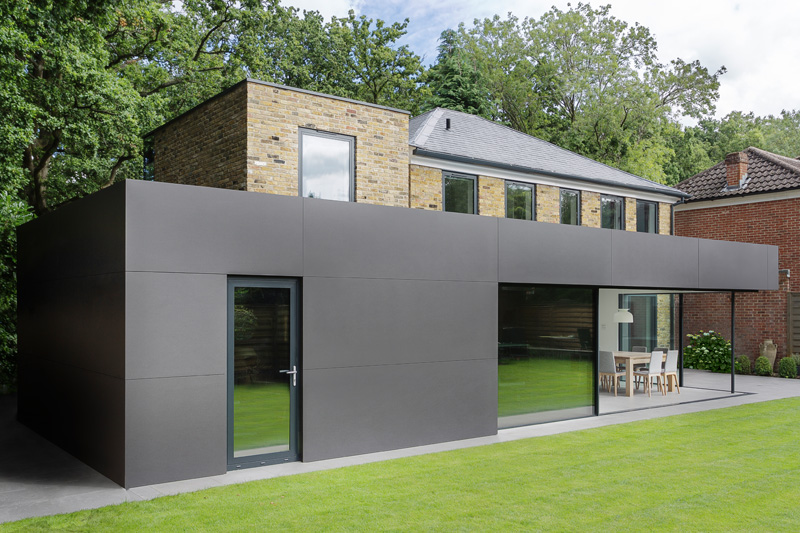 Richmond House was a small and unattractive 4 bed house; it was built from London stock in a neo-Georgian style. The clients’ instructed AR Design Studio to re-design and extend the property and the brief was to introduce a new master bedroom, a walk-in wardrobe, a large living space and a kitchen with strong links to the garden. 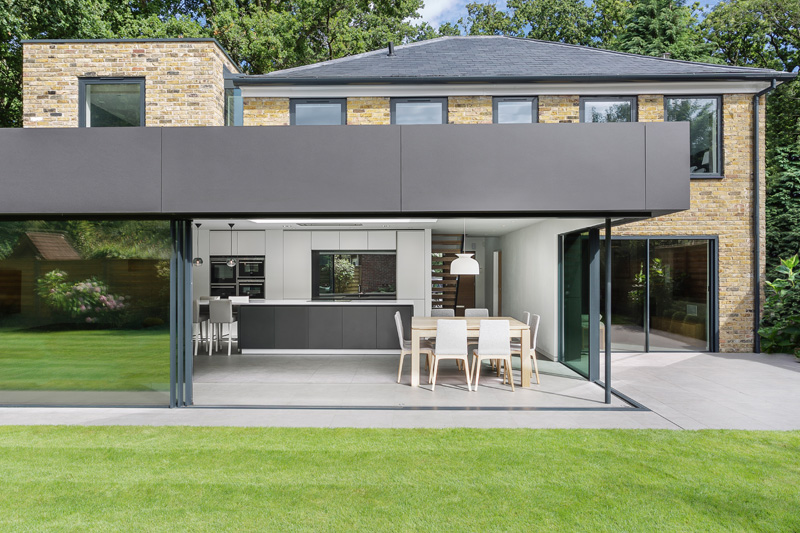 Discussions with the planners at the start of the design process proved that any extension to the building was going to be tricky; their opinion was that any visual impact to the street scene was likely to be detrimental to the area. Regular discussions with the local planning authority ensured that an acceptable scheme was developed with the planner; a way that AR like to work to ensure approval. 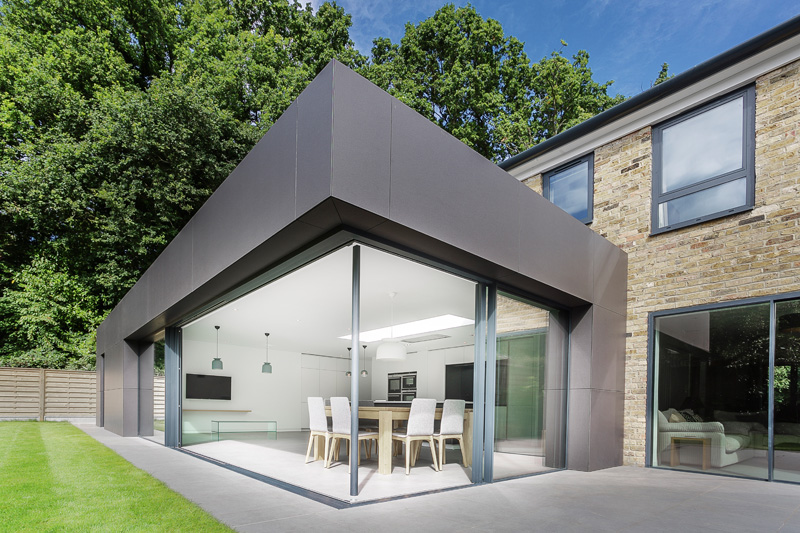 AR proposed a vertical tower element to the side of the existing building which would house a utility room on the ground floor and the new master bedroom on the first floor. The nature of the vertical element subconsciously lifts one and improves mental well?being when sleeping. 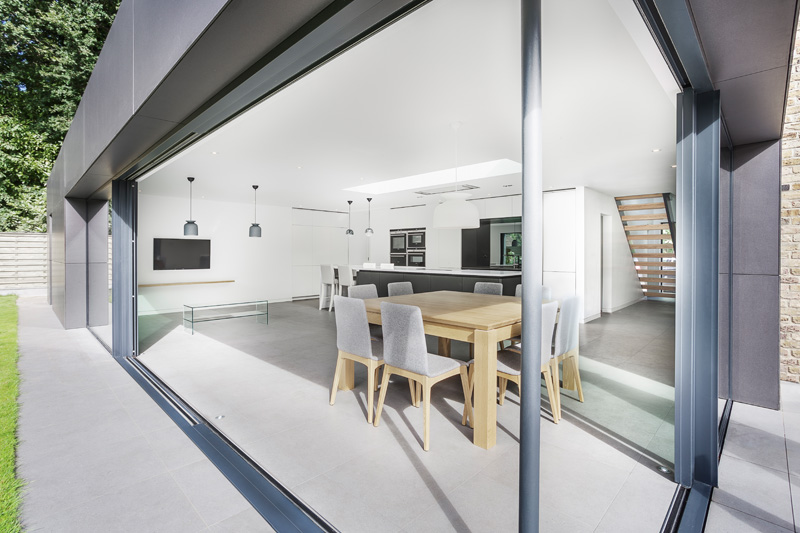 The case officer suggested that the new tower should be in brick to match the existing property. Using the same material helped link the two elements. The tower is connected to the existing by a glass link which helps set a clear definition between the new and old whilst bringing light into the building. 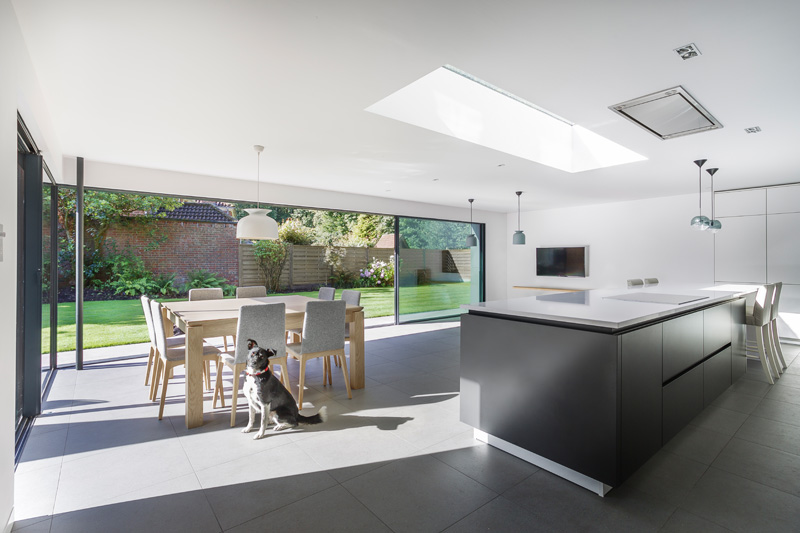 A single storey extension at the rear of the house provided a large open?plan kitchen, dining and living space. This creates a light and airy space for the owners to live and gives Dylan, the dog, plenty of space to run around. The external facade is clad in tessellated fibre?cement cladding and sets a contemporary geometry. 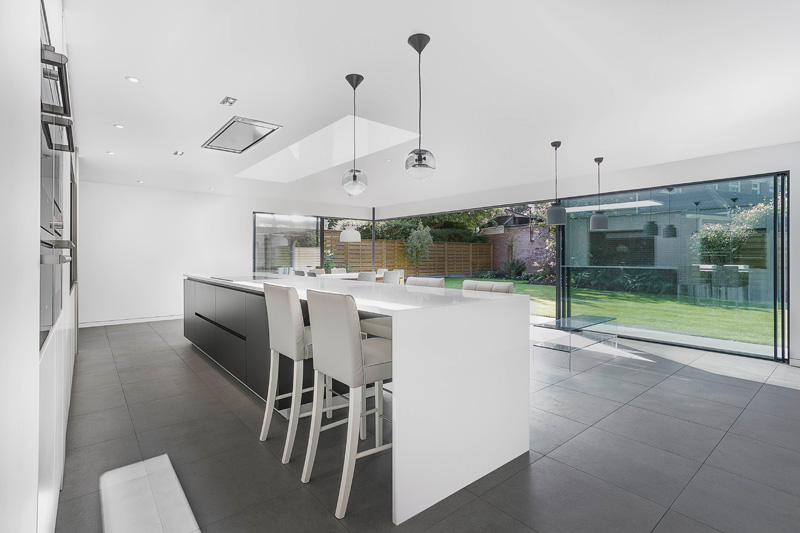 The horizontal, dominant and grounded nature of the extension is offset by the expanse of sliding glazing, which opens to create a space that blurs the boundary between inside and out. A steel, timber and glass stair leads you up to the first floor which now houses the master suit as well as two remodeled further bedrooms and family bathroom. 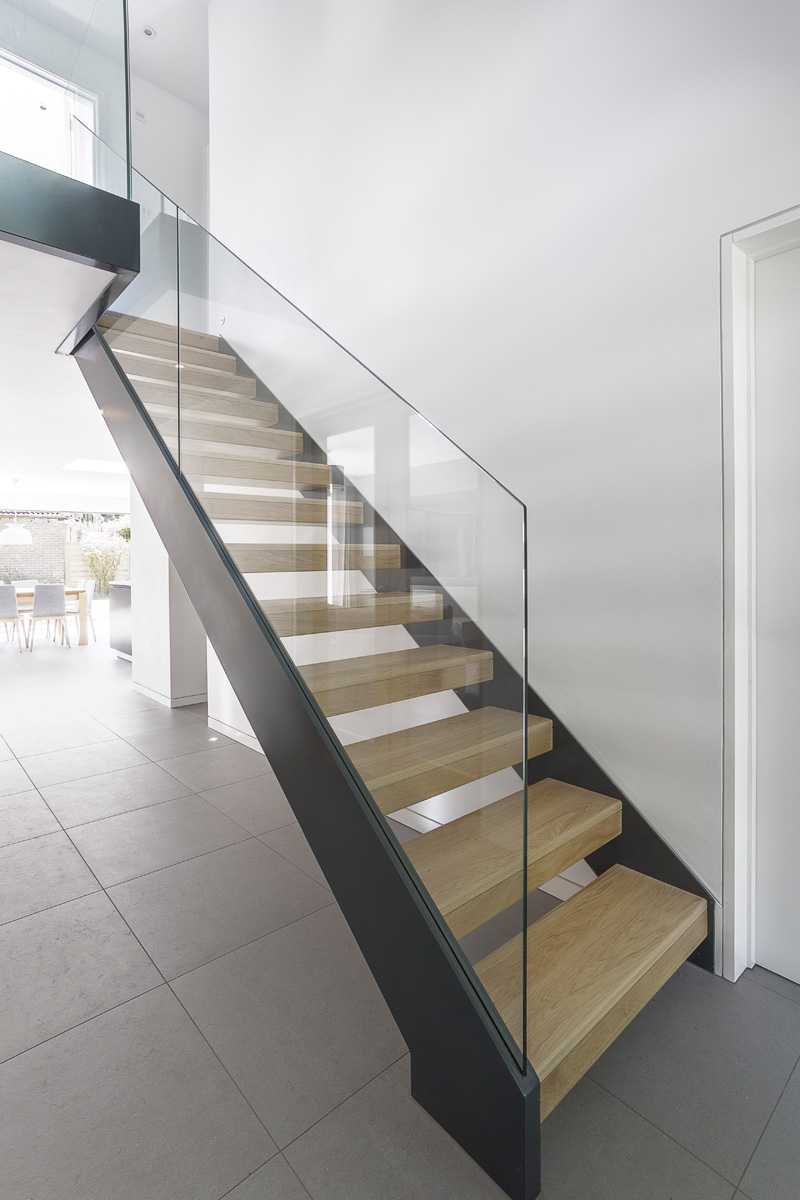