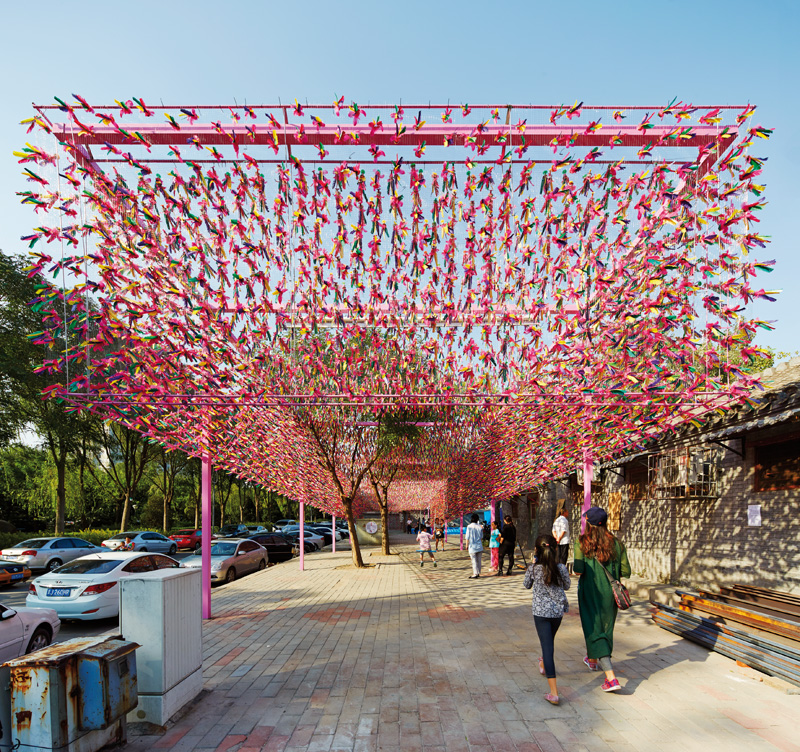 As part of Beijing Design Week, Sebastian Loaiza of SPARK, has designed the Janzi Box, a pavilion in Sanqingguan Square, that features 15,000 weighted shuttlecocks. 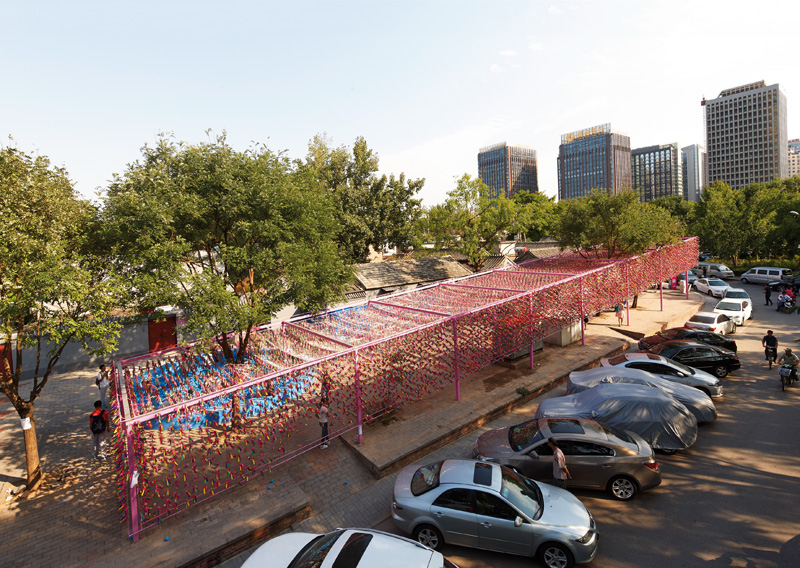 Communities are an extension of the family. They watch over the children and support its members when retirement comes. As the community grows, so does its infrastructure for social life, providing cultural training grounds for habits and behaviours. 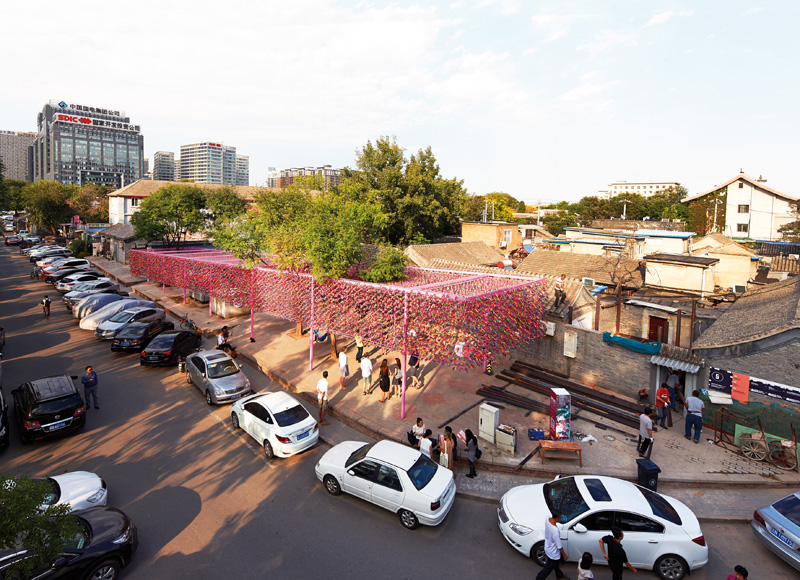 Public spaces are the platforms that foster social interaction for communities. In the 5th anniversary of the Beijing Design Week, we are seeking to showcase one of the most exciting and rich qualities of Beijing’s public spaces: its spontaneity and dynamism. 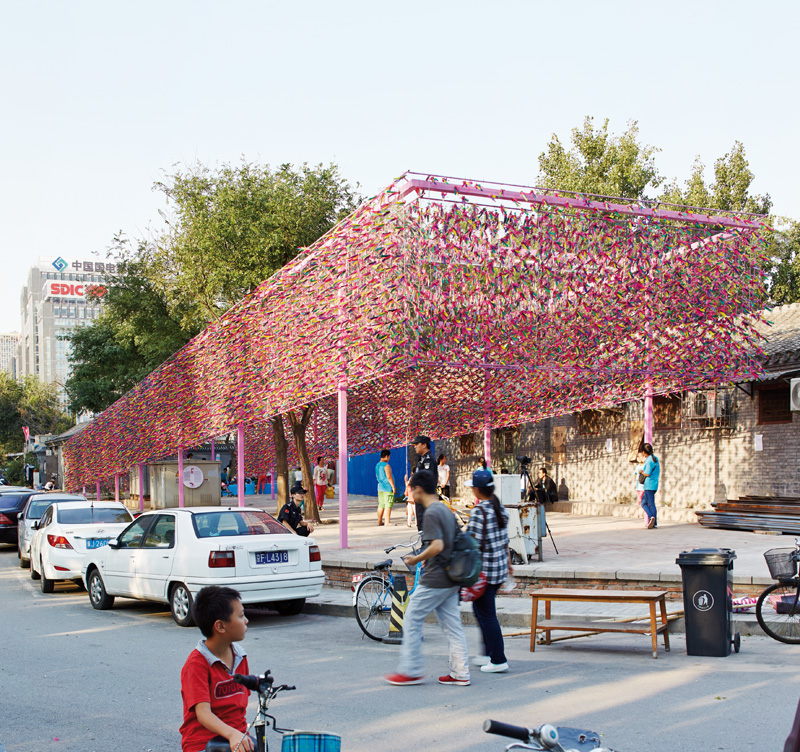 We decided to use an item that is part of the everyday life of public spaces in the city: The “Jianzi”. A traditional Asian game played since the Han dynasty (206 BC–220 AD). 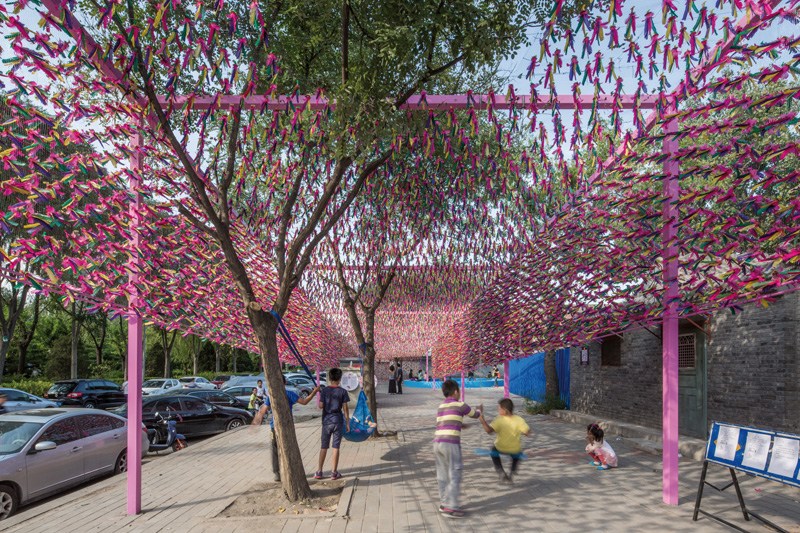 In a Jianzi game, players use their bodies to keep a heavily weighted shuttlecock from reaching the ground. In this sense the “Jianzi” is a small item that calls for social interaction and spontaneous use of public space. 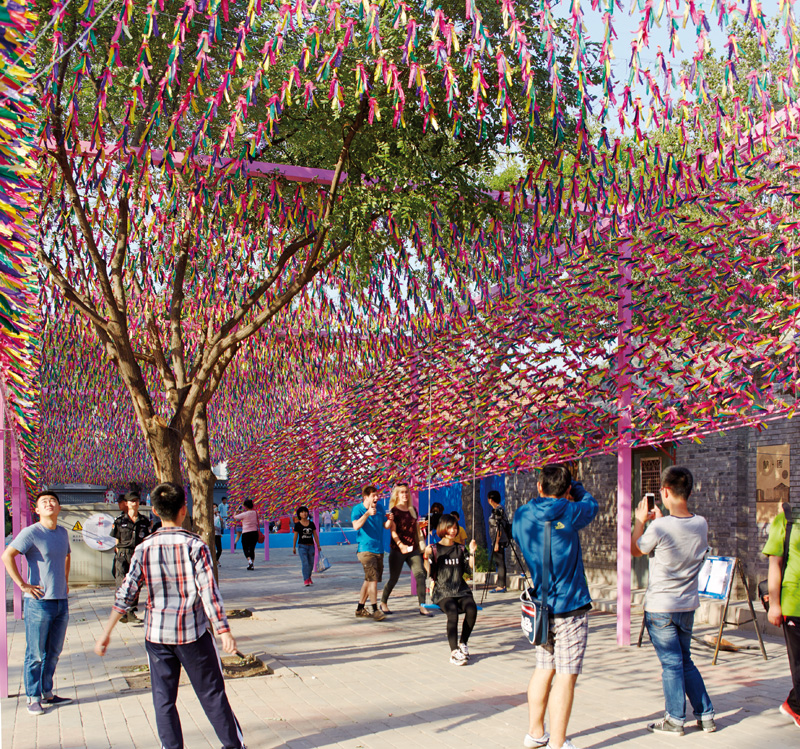 It can transform a leftover space into an exciting playground during the course of the game. It allows communities to coalesce, strengthening social cohesion, while adding all the health benefits that is required in such a vigorous aerobic exercise. 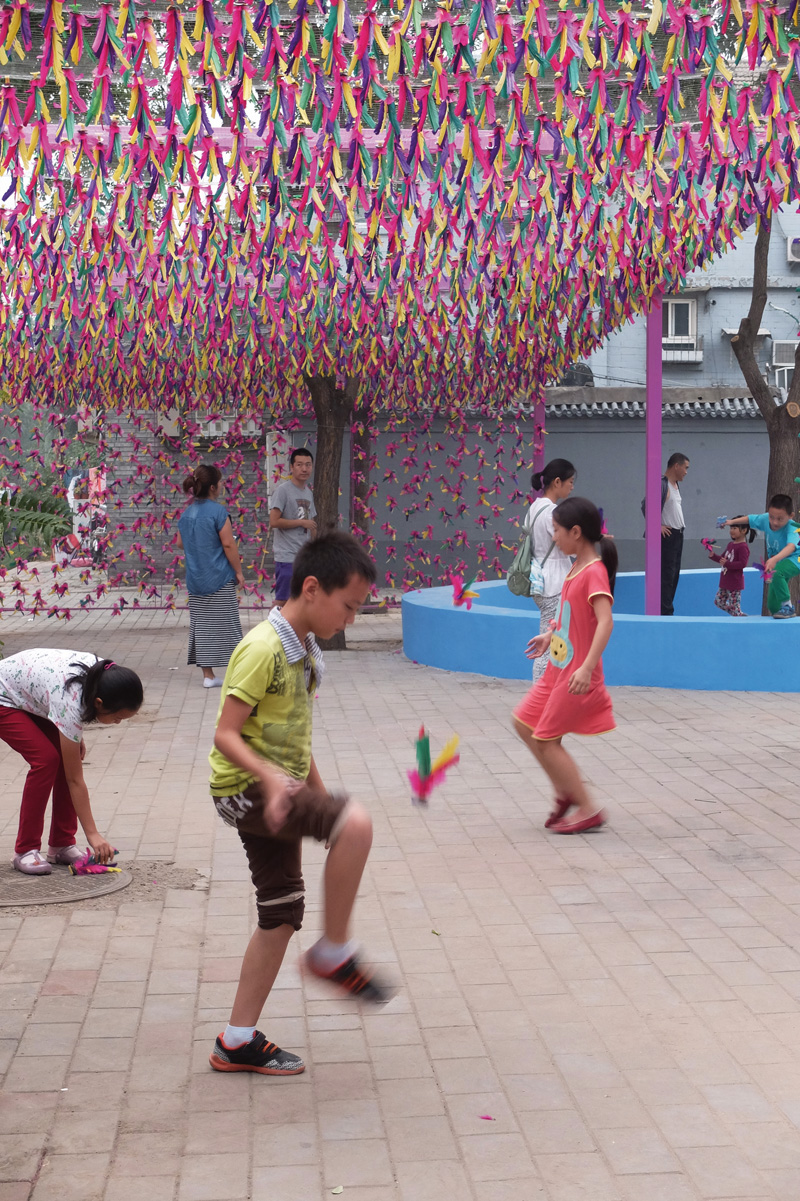 It vitalises many residual spaces throughout Beijing and this is why it is very important for us to materialise this phenomenon into our proposal. We conceive Beijing Design Week as an influential platform to showcase, both nationally and internationally, a little bit of Beijing and its traditional folk expressions. 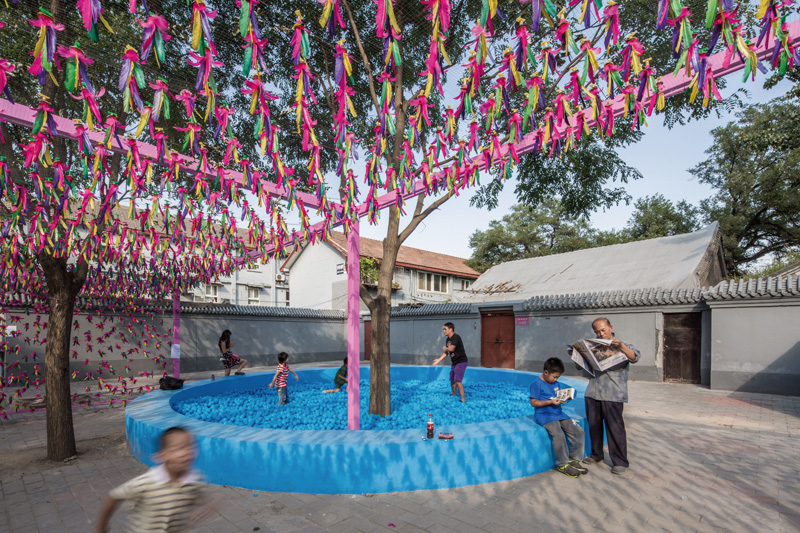 We designed a vessel composed of 15.000 Jianzi units that will land on an empty site in the Baitasi area, a new hub for the Beijing Design Week this year. 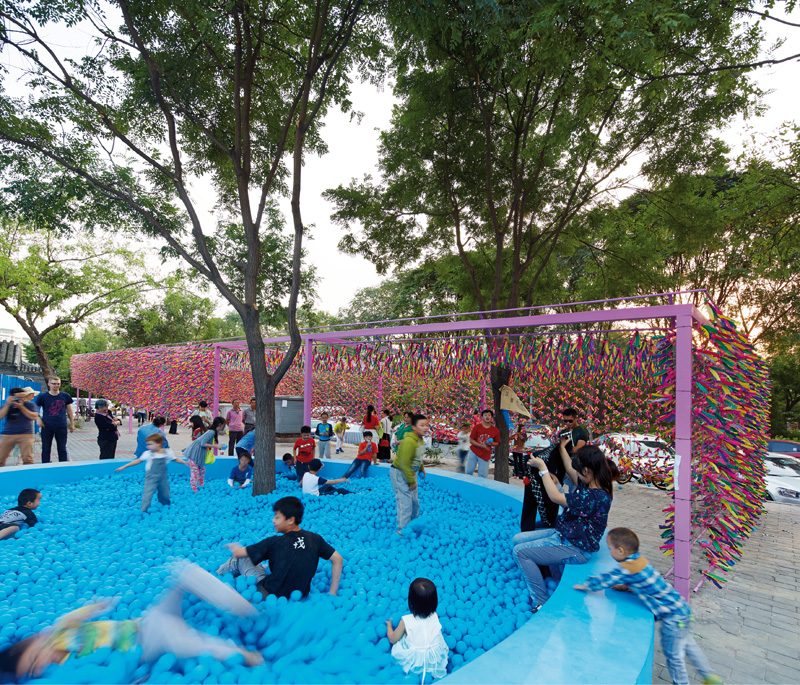 The Jianzi Vessel is designed to invert the Jianzi game with the players, creating an intimate connection with the Jianzi Item and engaging not only in a physical but also in a perceptual and emotional level through people’s senses. 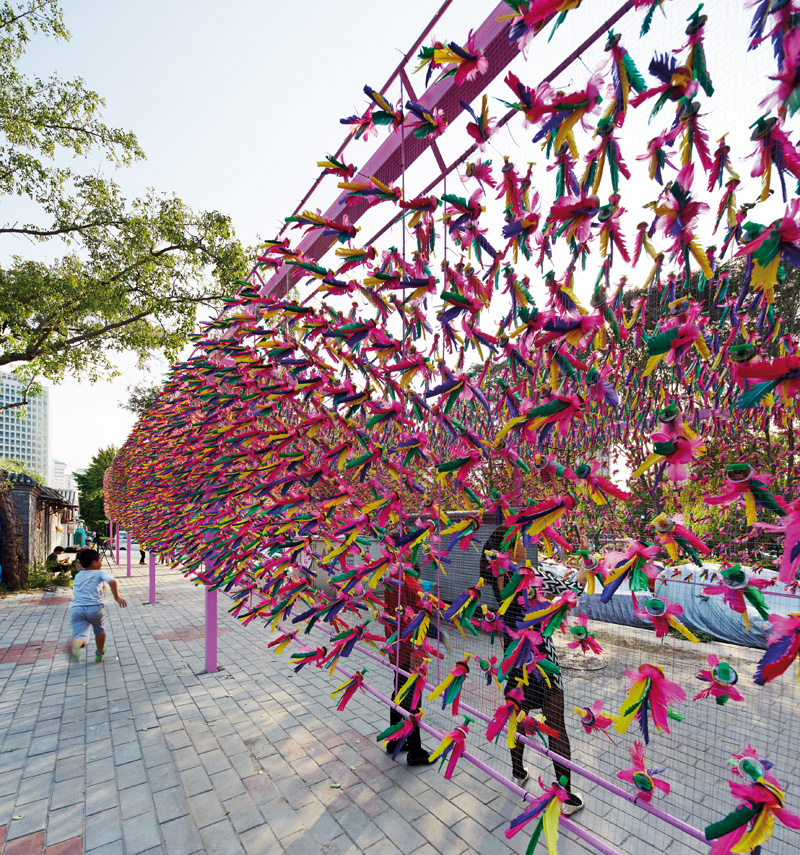 All the Jianzi units will be given away to the visitors so they can make their own public space by getting together and having a good time. 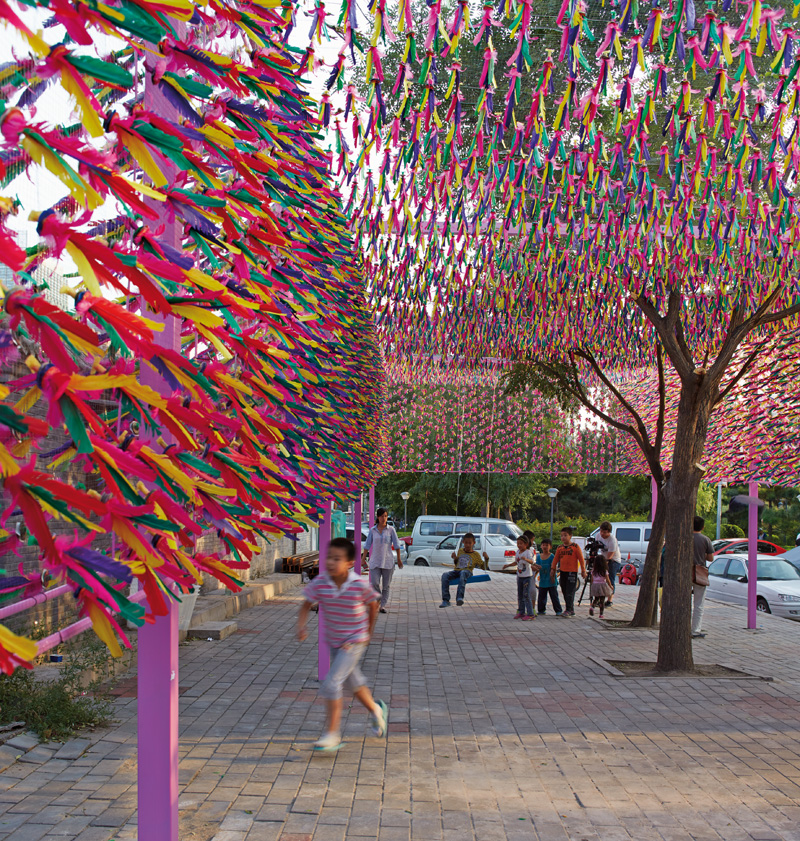 This will potentially represents 15.000 Jianzi matches in different parts of the city. In this sense our pavilion is not only located on the place where it sits in Baitasi, but wherever the users decide to take a little piece of it. 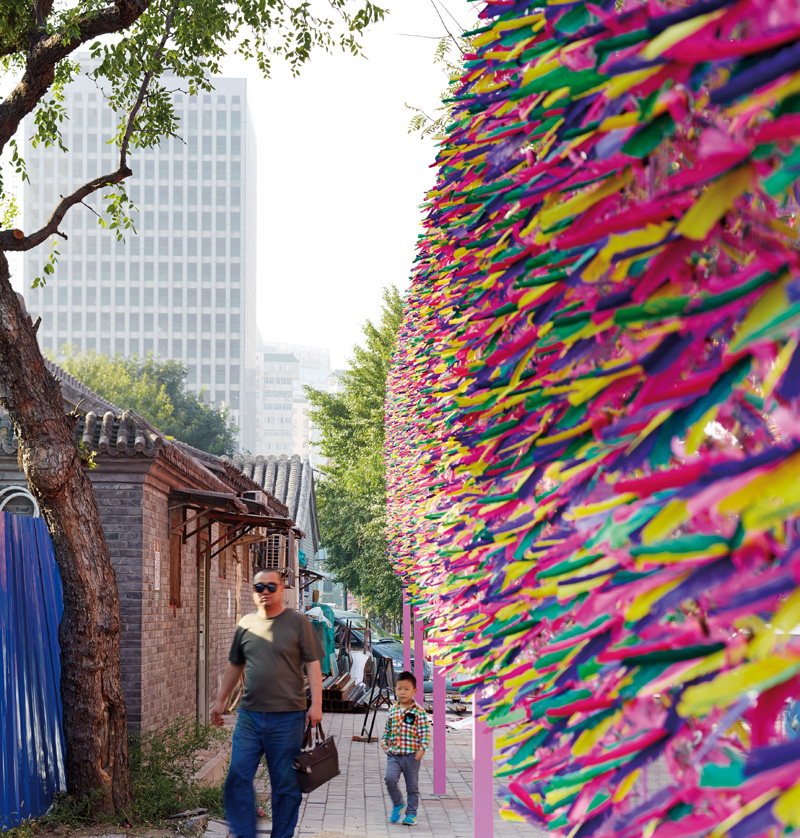 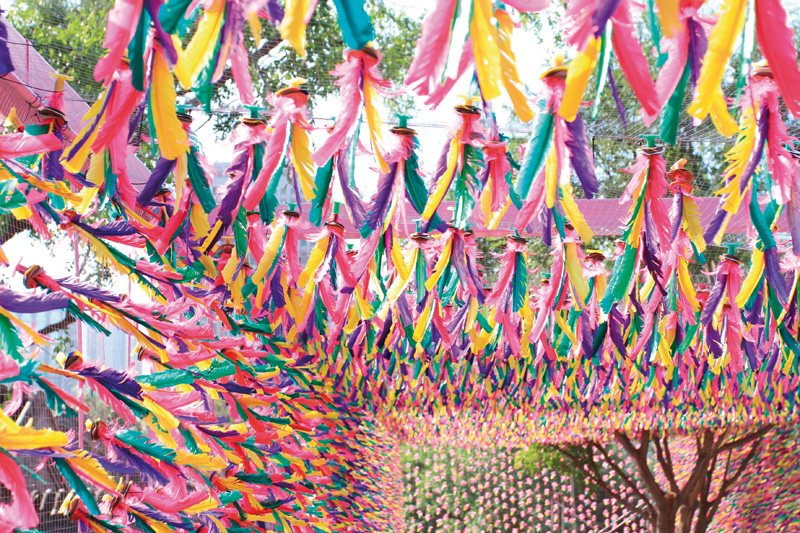