A New Viewing Tower In Belgium Appears To Ignore Gravity 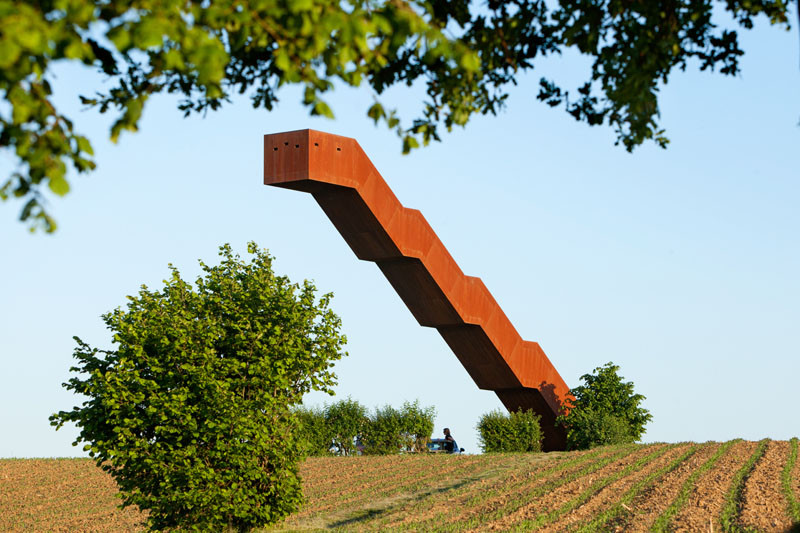 The original tower was a wooden structure with ladders, nothing too spectacular about it, except for the view from the top. This tower also attracted vandals who irreparably damaged it by setting it on fire, and it had to be closed permanently.

Below is a photo of the original viewing tower. 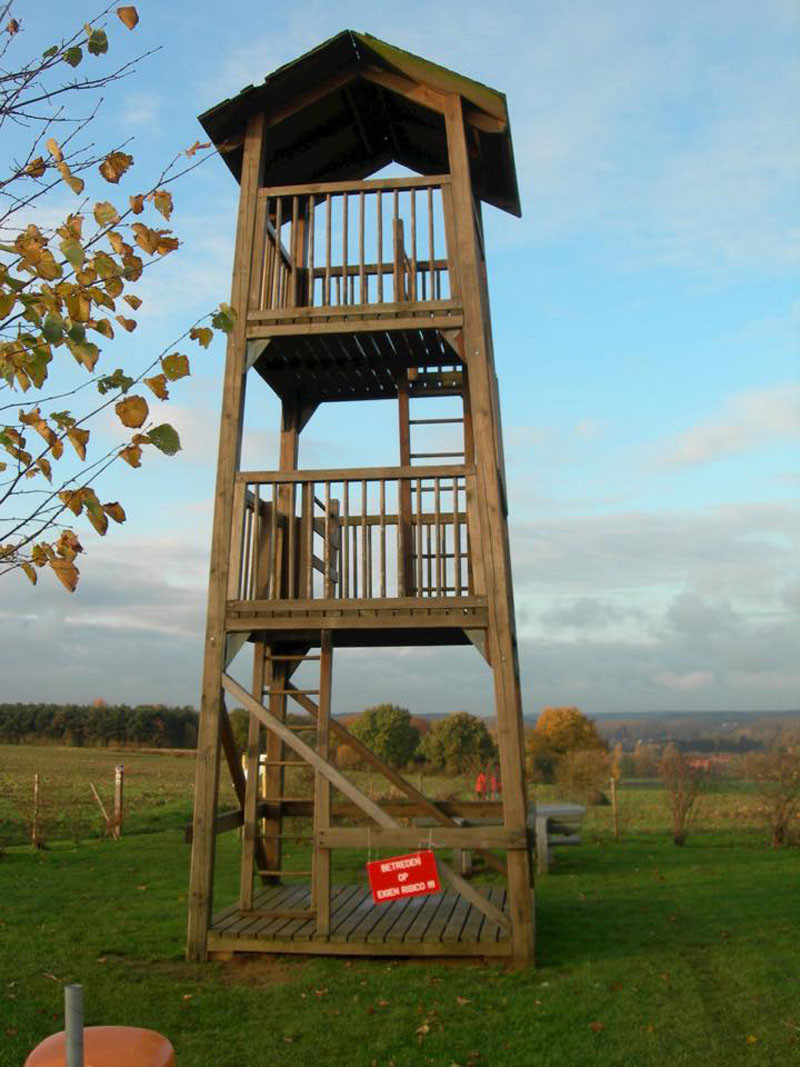 Working with the local municipality, the designers had to create a new monumental structure that would stand the test of time.

Here are some photos of the new tower being installed. 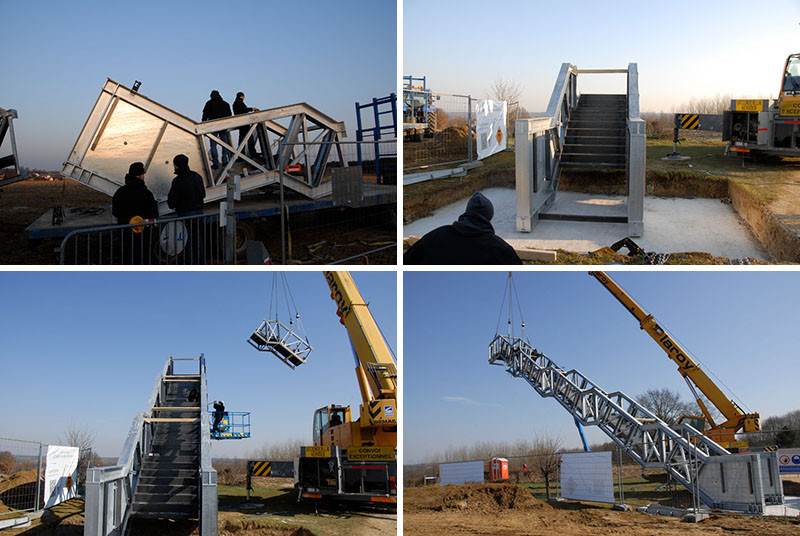 It also had to be made completely out of metal, be at least ten meters high, include a shelter, and be resistant against any form of vandalism. Instead of a conventional viewing tower, like a spiral staircase, the designers chose to create a staircase that was straight and rising high into the air. 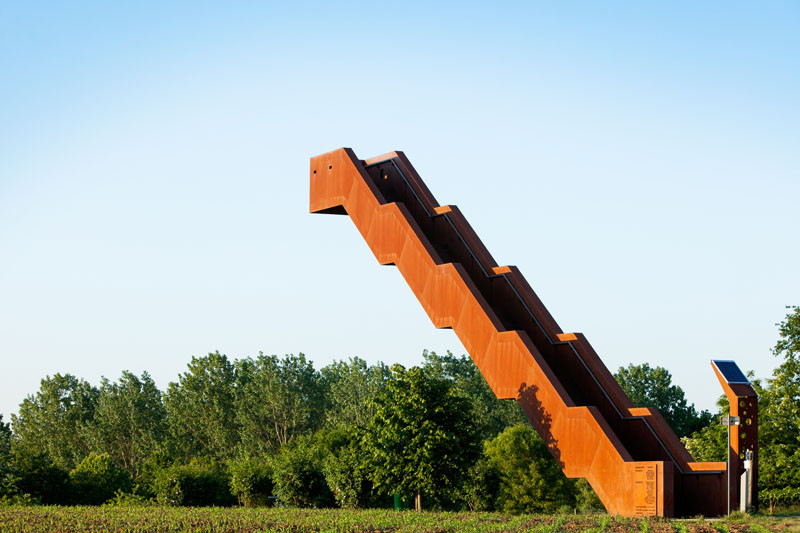 It has been given the named “Vlooybergtoren”, and it measures in at 11.28 meters tall (over 37 feet). 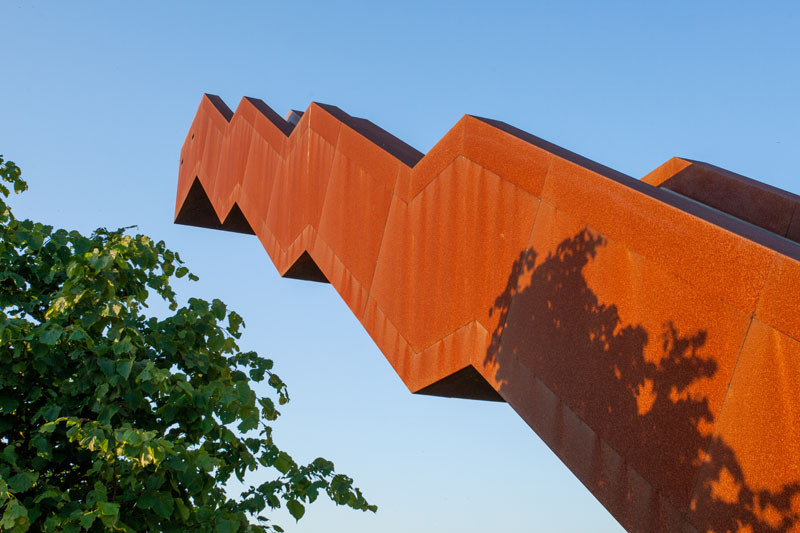 It is a galvanized metal substructure, that has then been clad in weathering steel. 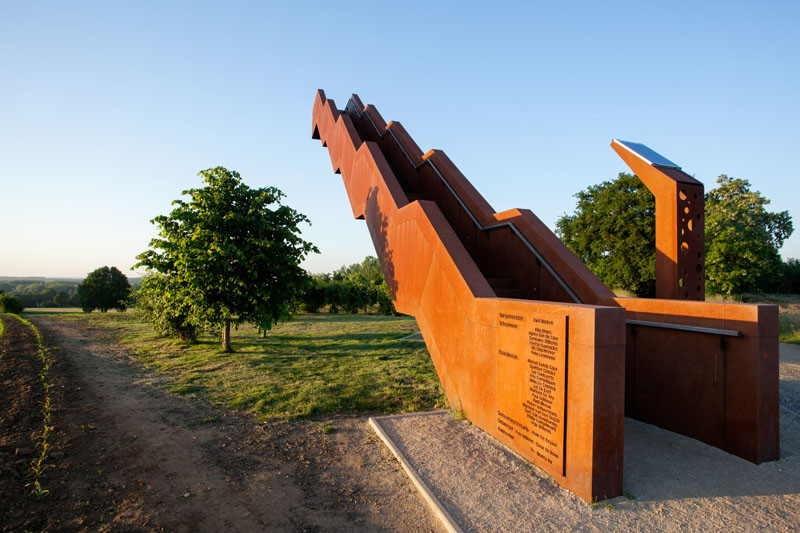 The designers went with weathering steel as a subtle reference to the typical red-brown color of the ironstone in the region. 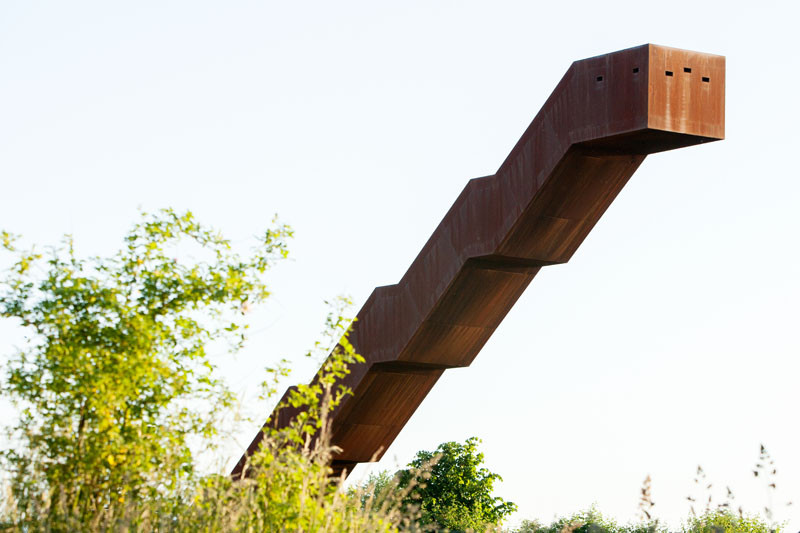 The stairway tower weighs thirteen tons, and in the designer’s own words, modeling the Vlooyberg Tower was “a war against its own weight.” 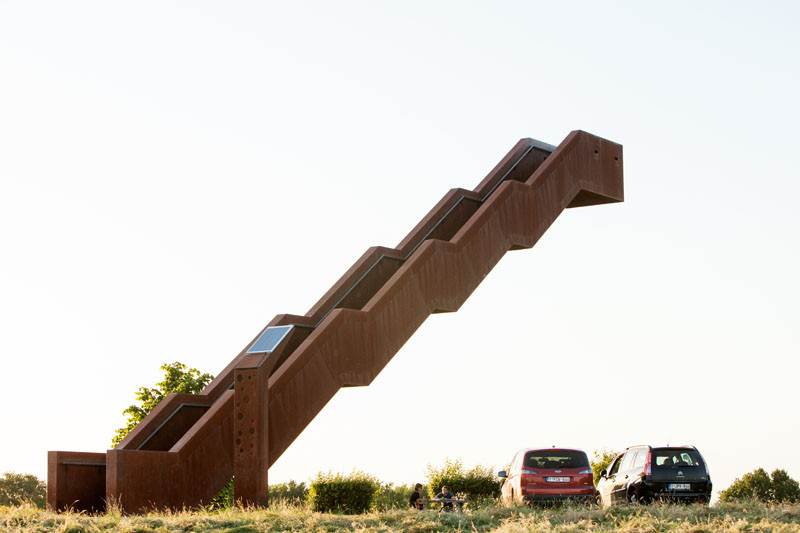 The railing wall functions as a structural beam that makes the steel structure strong and stable enough to withstand the forces acting on it. 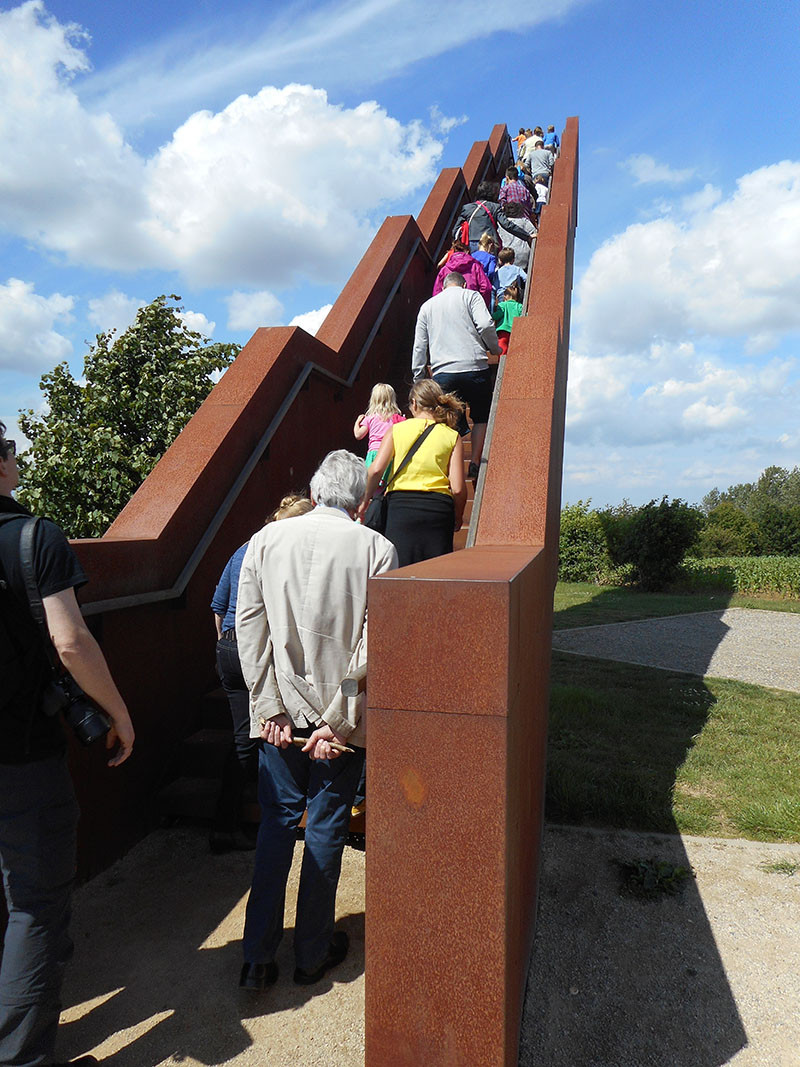 Here you can get a sense of just how big the tower is. 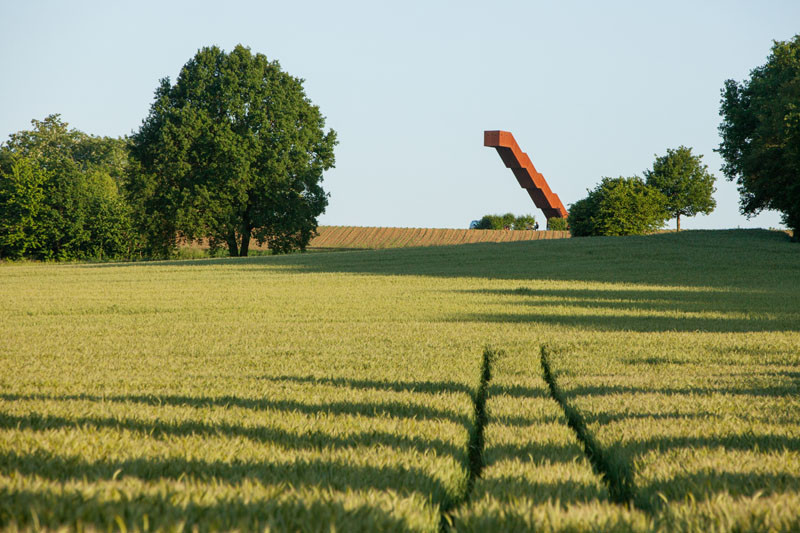 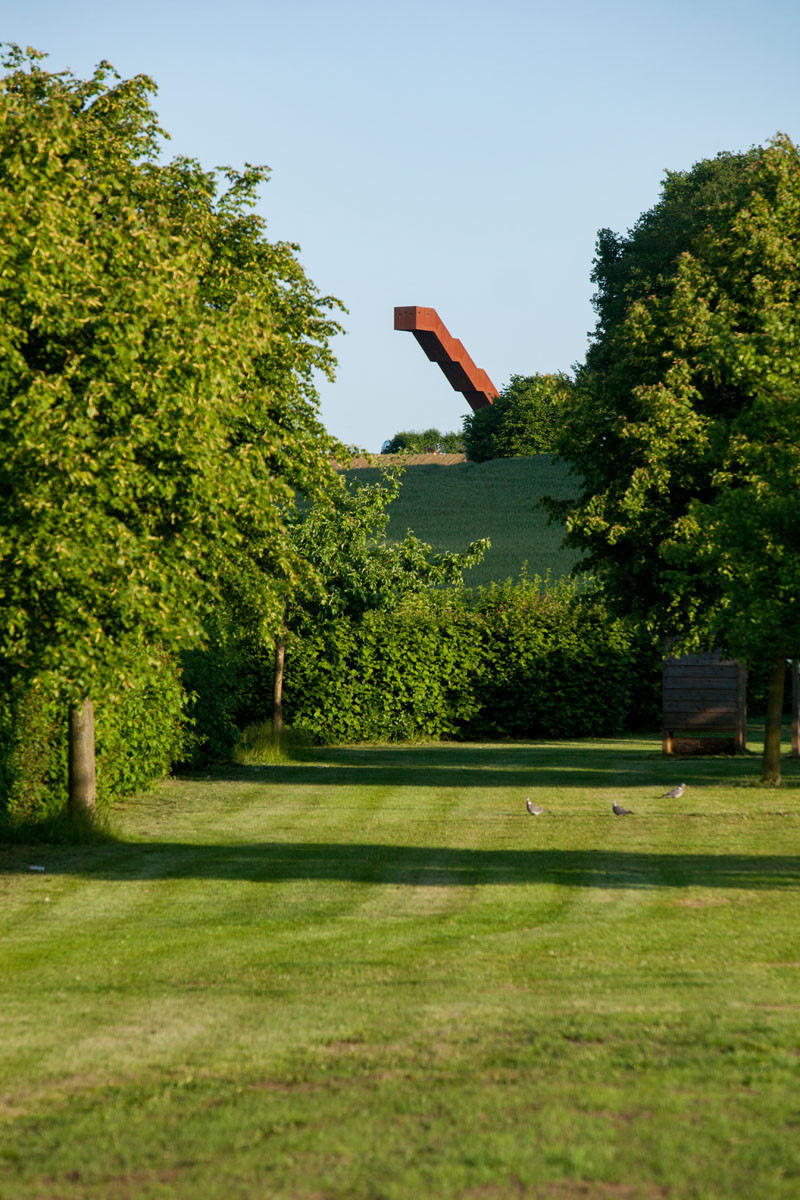