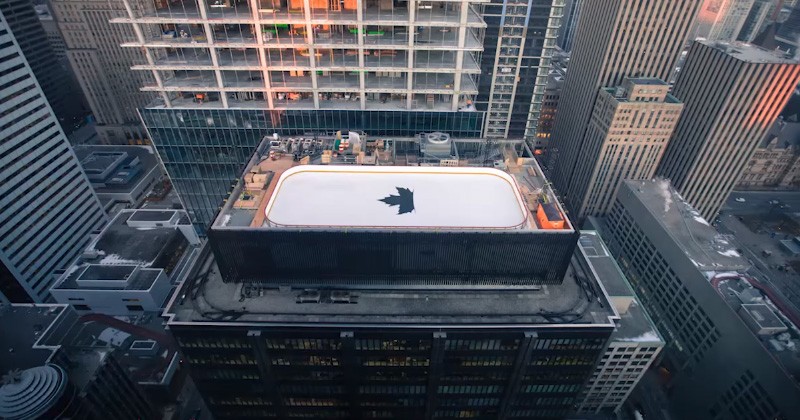 As part of Molson Canadian’s 2016 #anythingforhockey campaign, they decided to do something we can’t say we’ve seen before.

The beer brand will be sending four fans to have a game of ice hockey on a custom-built ice rink, on top of a 32 storey building in downtown Toronto, Canada.

Construction is due to be completed on January 10th, and for those wondering what happens if a puck gets flipped out of play, they thought of that as well, regulation glass and nets will be installed to stop the pucks flying off the building.

Watch the short 32 second video below to see the installation.