A Small Weekend House In The Hills

Architect David Jay Weiner designed this home, as a response to a client’s desire to build a small weekend house in Rensselaer County, New York, with southern views overlooking the Berkshire Hills. 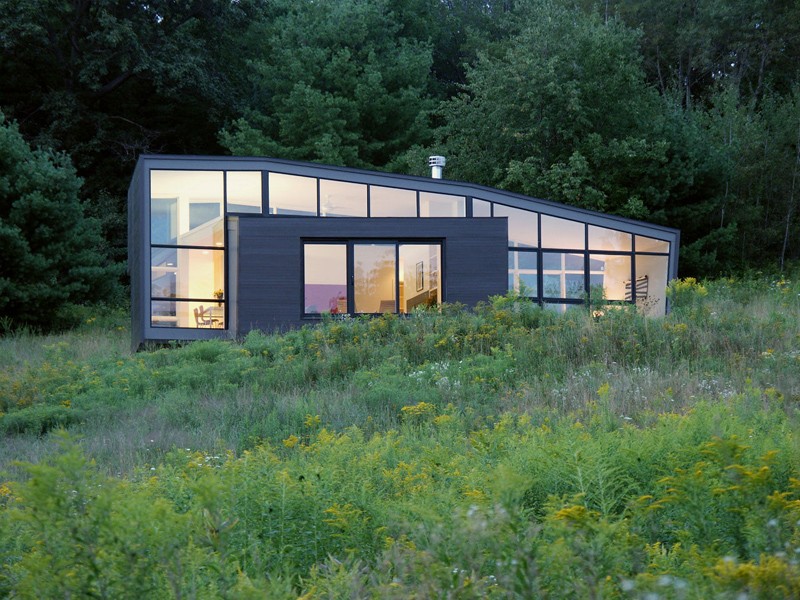 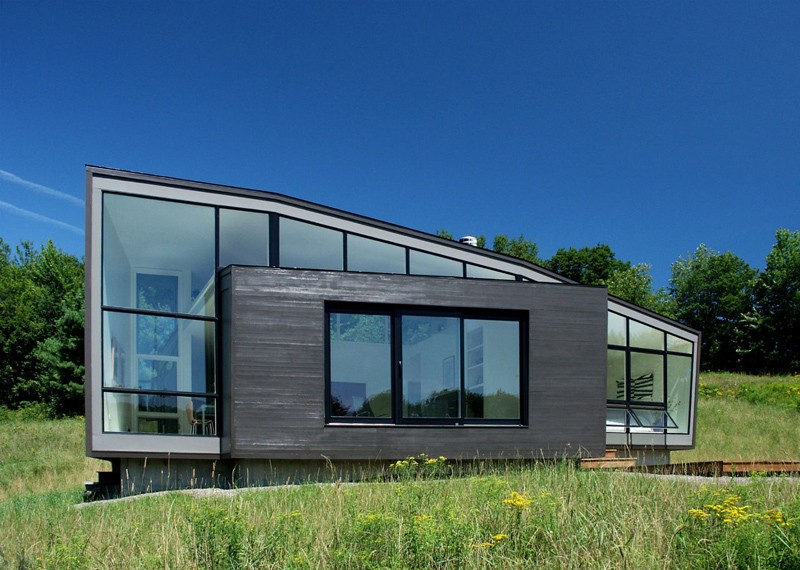 In the spirt of a Japanese kimono, the house is conceived as a single sweeping volumetric “sheet” enclosure that wraps and folds into itself to form and define two major interior spaces. The primary interior space is used for living, dining and study. An extended closed-in porch like aperture, analogous to an engawa or “in-between space” found in traditional Japanese architecture, extends off the main space to frame the primary view and create a transition zone between inside and outside. 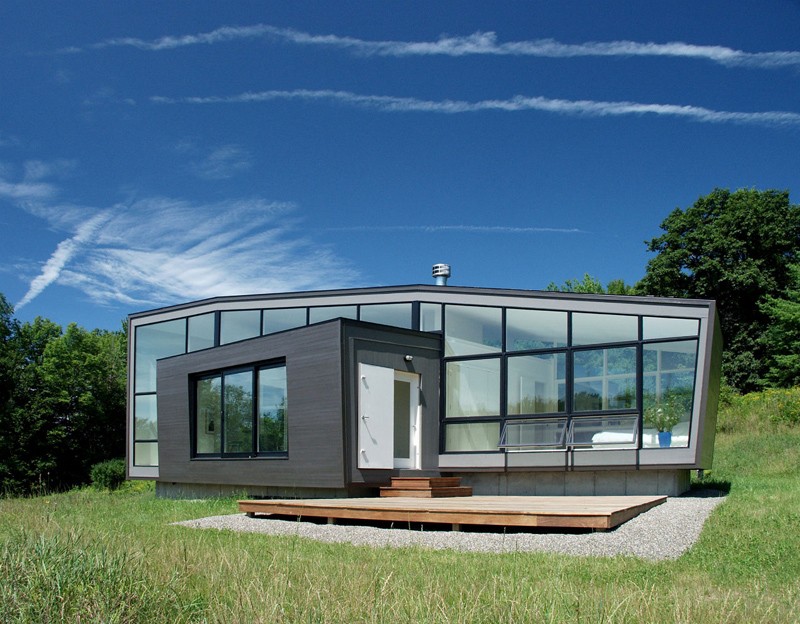 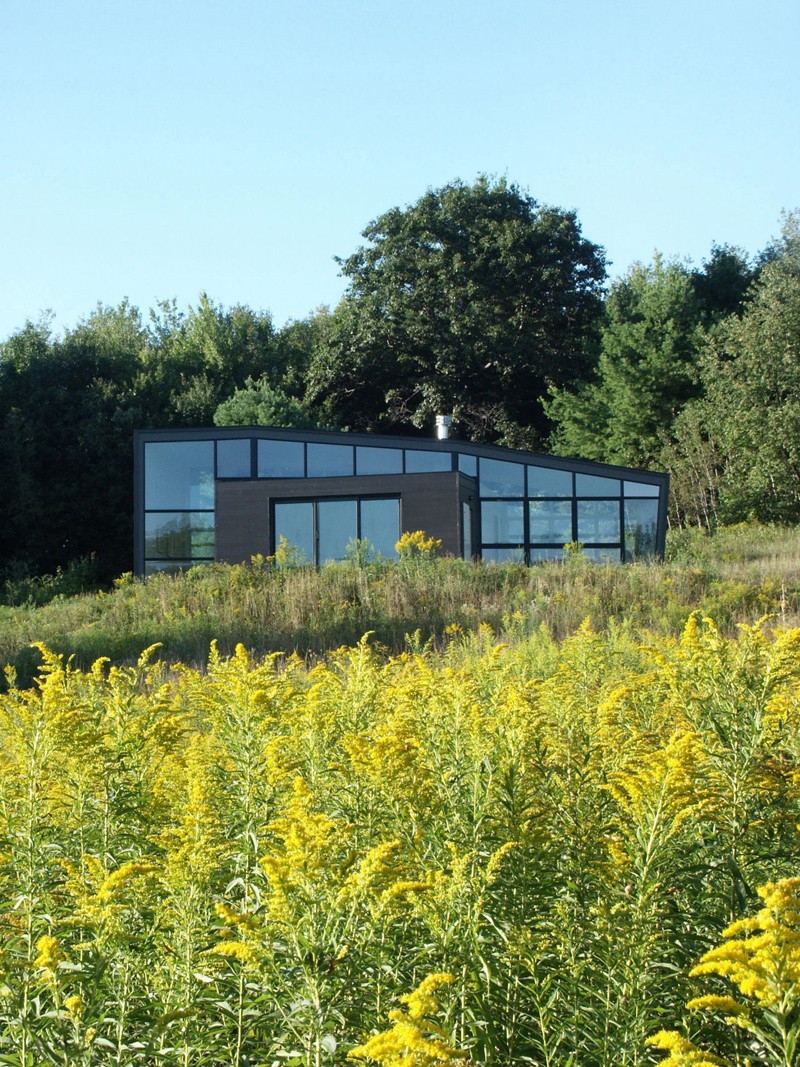 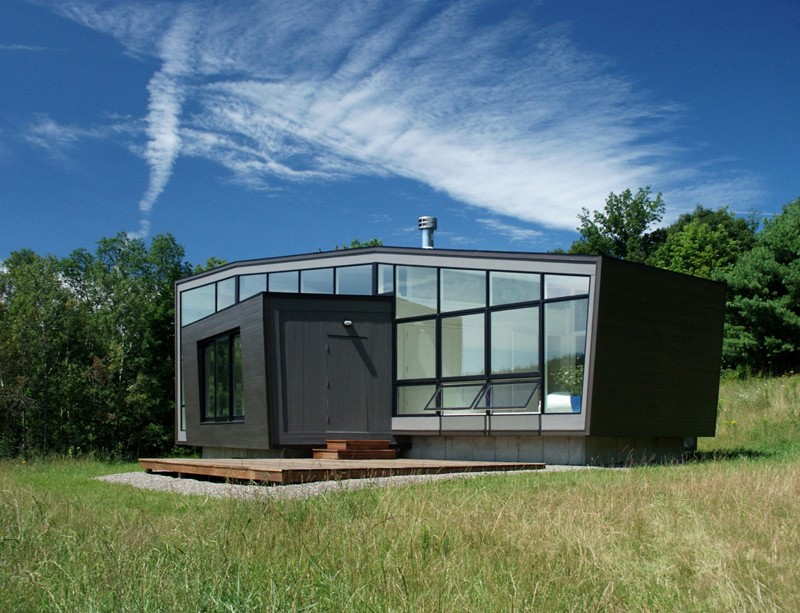 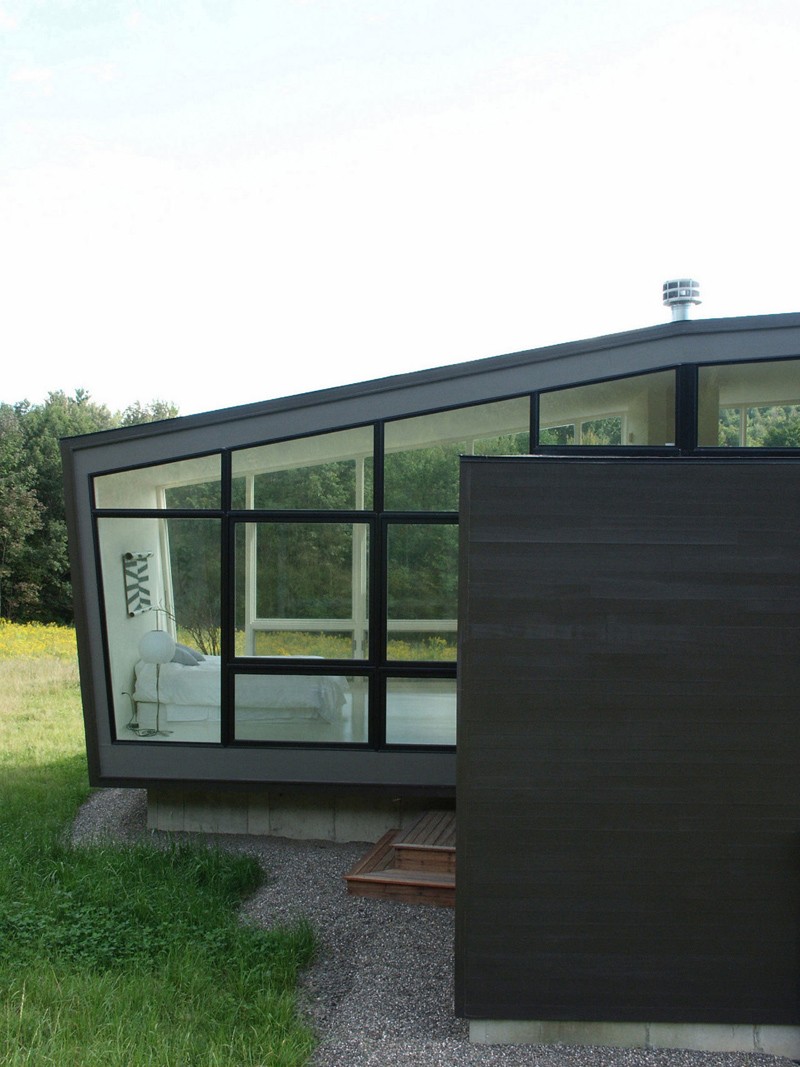 The secondary space serves as a master bedroom suite with floor to ceiling glass on both sides again blurring the distinction between interior and exterior. A concrete plinth elevates the house slightly above landscape increasing the sense of lightness often found in Oriental design. The house is designed to be relatively inexpensive both in construction and maintenance, and to have the compactness and interior sparseness akin to traditional Japanese architecture so as to serve as a peaceful retreat from busy city life. As much of the site as possible has been left untouched and restored for the growth of natural wild flowers, which dominate the surrounding landscape in the summer. 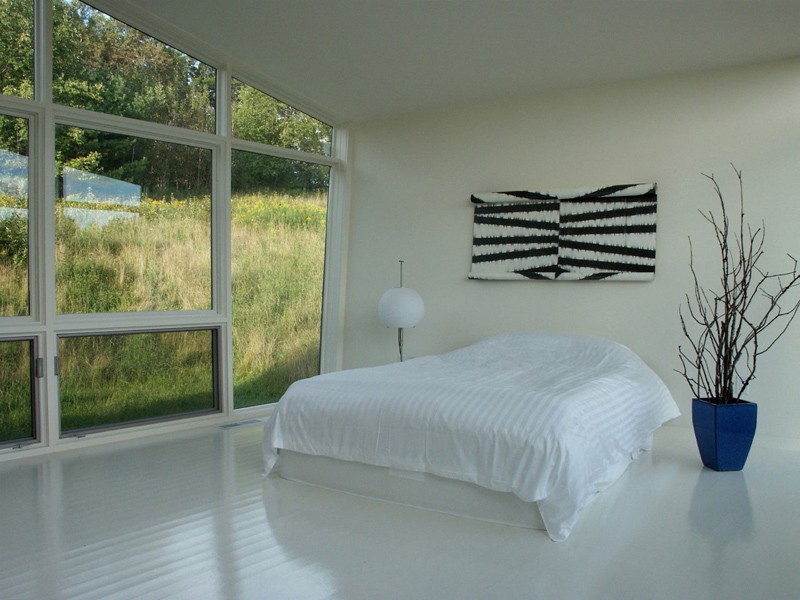