A Twisted Concrete Fireplace Is A Sculptural Feature In This Home 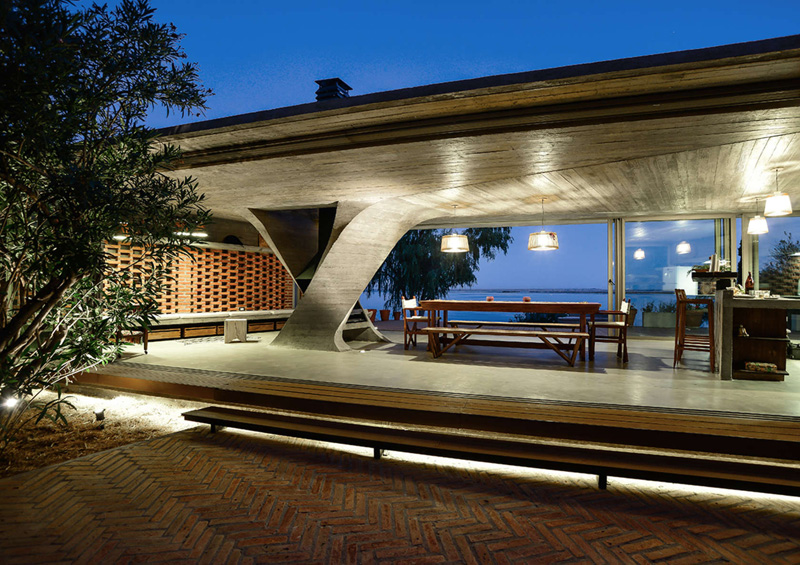 .
NE-AR have designed the refurbishment of an existing small old summer house on the shores of a Patagonian lake in Rio Negro, Argentina.
. 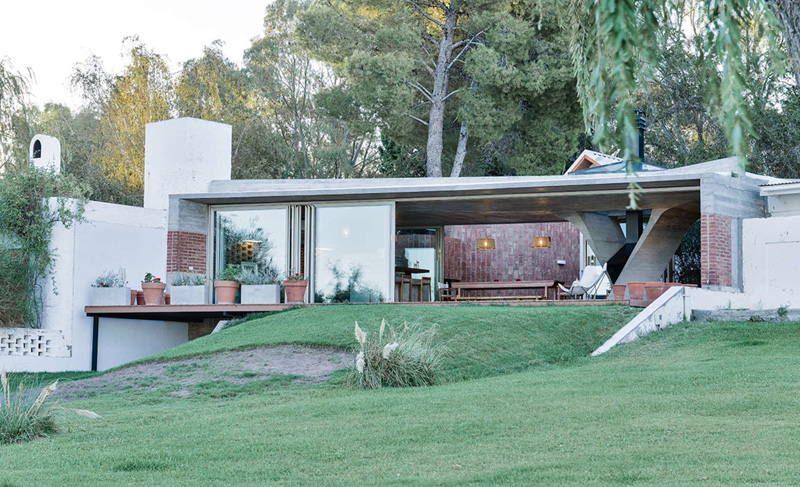 The conditions of the existing house lack of an optimum spatial and functional distribution that could fulfill the needs and the manners that the summer house is being lived and experienced: the existing house sits far away from the lake shore neglecting the most privileged views towards the lake and its landscape, while at the same time both neighbor houses at the sides block the vistas towards the lake since their footprints were settled closer to the lake shore. 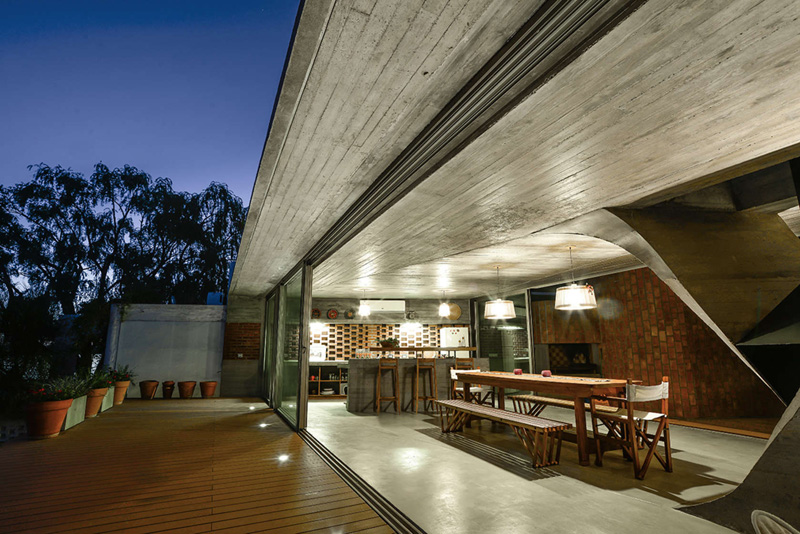 Besides, the interior space was characterized by a deep dark dinning/ living area with limited relation to the outside with a deficient connection between the kitchen and the private and public rooms. At the same time, the small size bedrooms were inefficient to cope with the actual family growth. 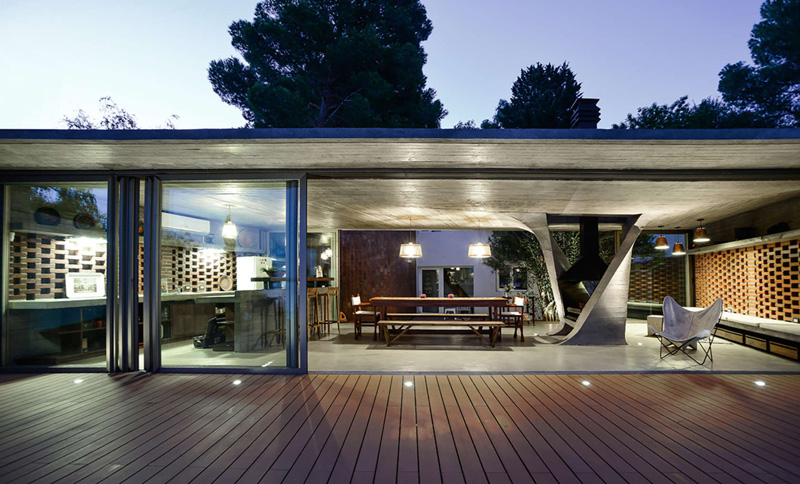 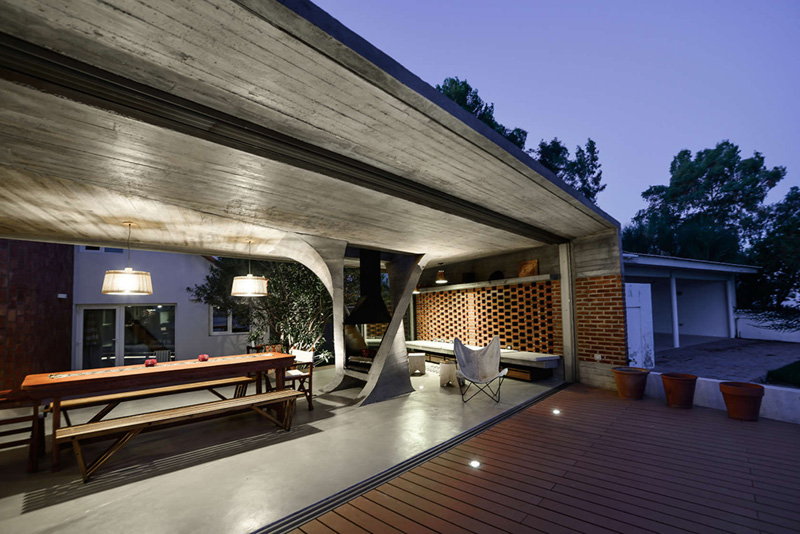 While the existing house will host two large bedrooms, the main bathroom in the ground floor and a secondary bedroom in the first level, all public areas will be linearly organized within the extension volume: open kitchen, dining place and the lounge area; all these spaces will share a wide open wooden terrace deck facing and open to the lake shore. 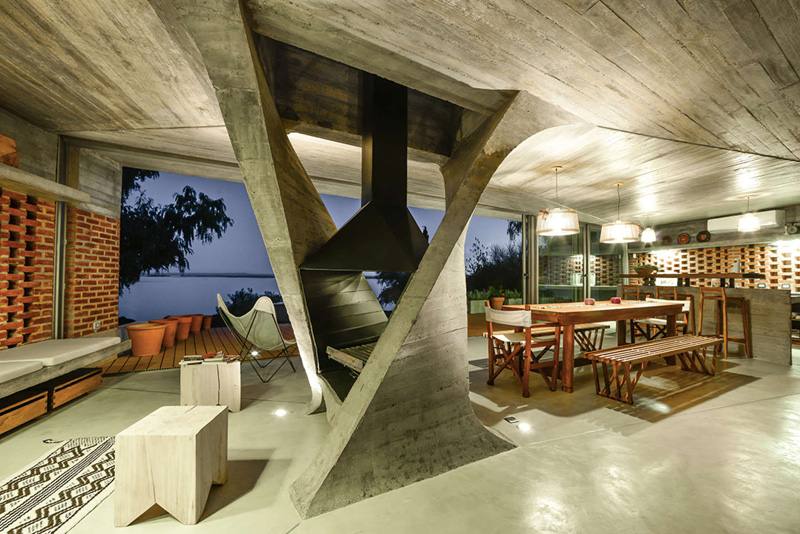 The extension will be mainly constructed by a reinforced concrete structure: a planar roof runs widely from one neighbor boundary line to the other and is strengthened by four inverted beams that converge in the only load bearing vertical element of the house. This column is formed by a pair of twisted concrete shear walls performing in different ways.

One Column House researches on the multiple performances the architectural element of a column could achieve beyond its structural capacity. Firstly, it is an element that marks a central place by integrating in itself a fireplace, while articulates the program by organizing the different functional spaces around it and orienting site-specific vistas. 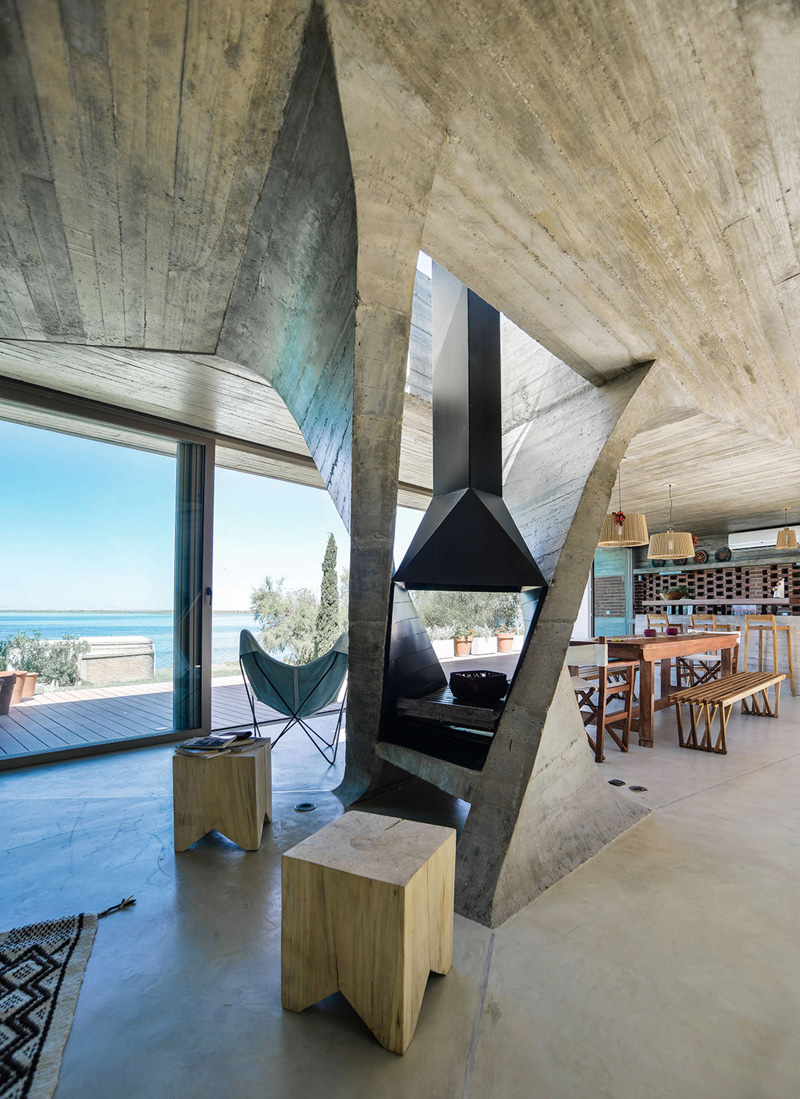 At the same time, it stores the fireplace logs and works as an infrastructural device where the rain water pipes are embedded within the twisted shear walls while opening up the concrete roof enabling natural zenithal light come through.