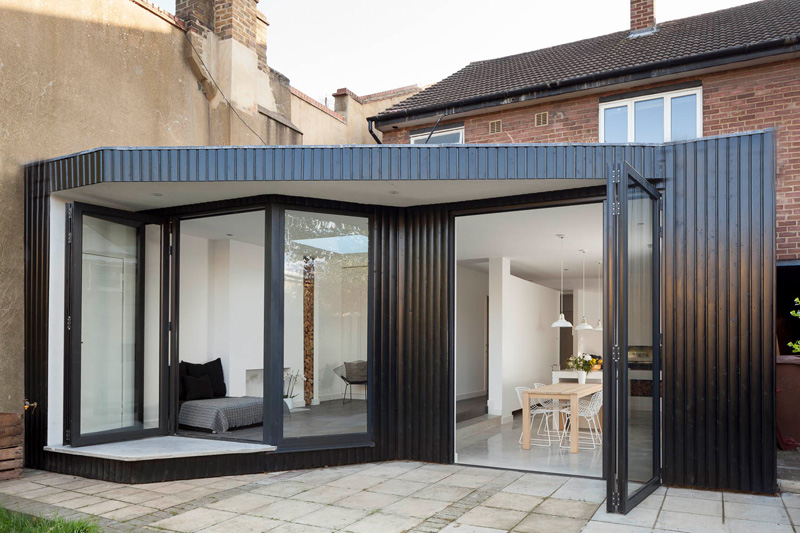 Scenario Architecture have designed a ground floor renovation and extension, at a home for a young couple in London, England. 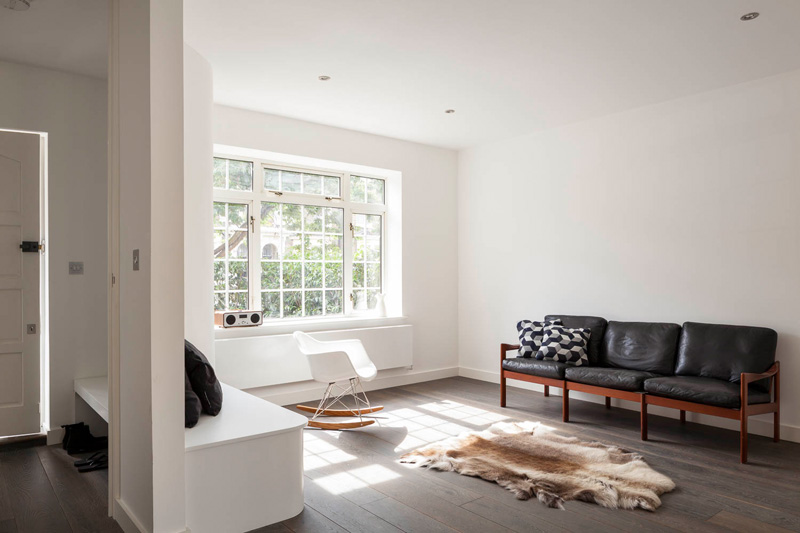 The property is a two storey semi-detached house post war construction in the middle of a row of terrace houses. Our clients, a young couple, came to us to redesign the ground floor as the previous layout was not suitable for their style of living. 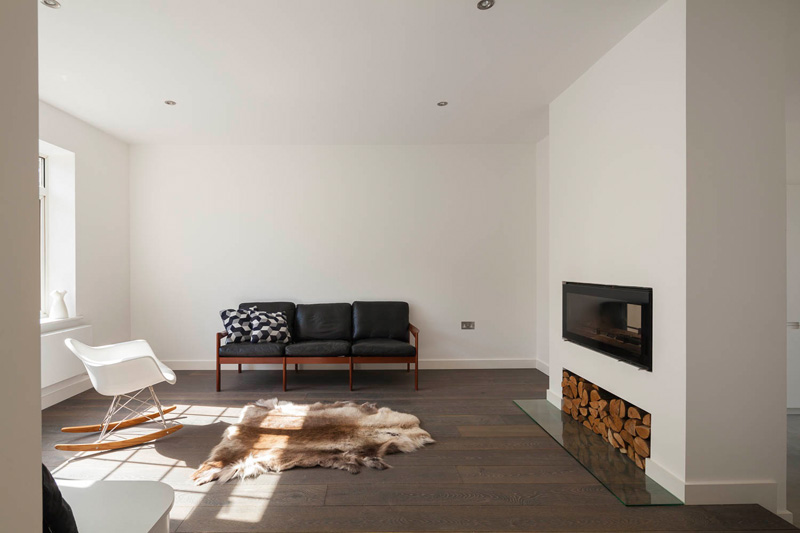 The areas were dark and segregated and they ended up not using them at all. The house had previously a rear poorly made and non-insulated conservatory raised three steps from the rear garden, and a rear extension with ancillary spaces. 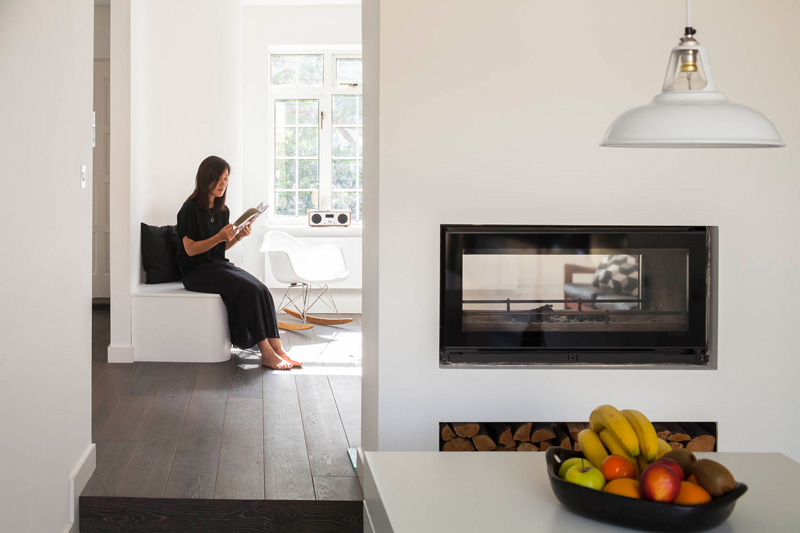 We used the front side area for bicycle storage so that they would not pass the bikes through the house. The entrance space got redesigned to allow for a built in bench with shoe storage underneath. A hidden-when-open fire door creates the only barrier with the rest of the ground floor open plan. The reception area remained at the front of the house. 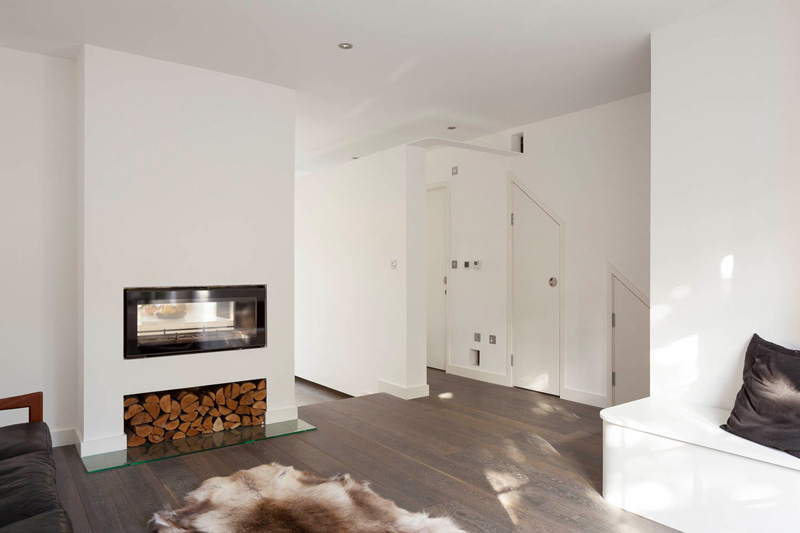 The wall next to the previously non-functional fireplace got demolished to allow for passage and view to the kitchen. The fireplace got replaced with a two sided ”window” fireplace to allow both the reception area and the kitchen to benefit from it. 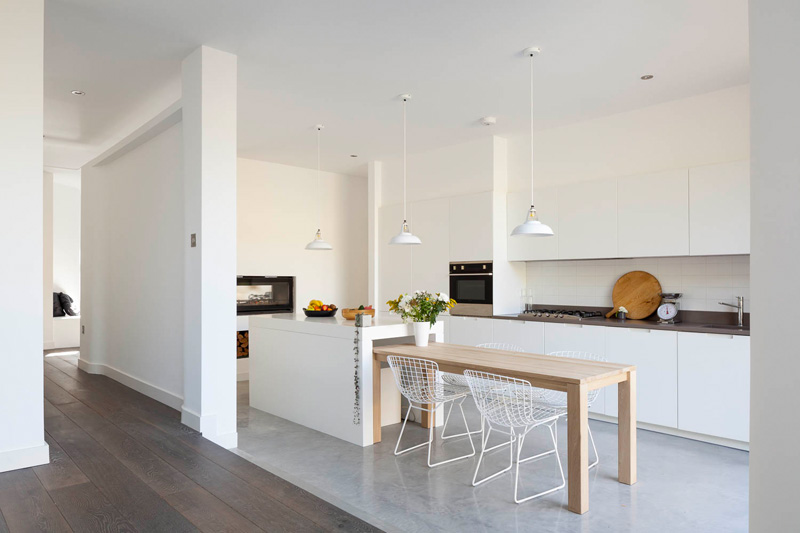 A single wall division provides privacy for the shower room area on the ground floor and at the same time acts as a catwalk on the top for the couple’s two cats with access from the main staircase going up. 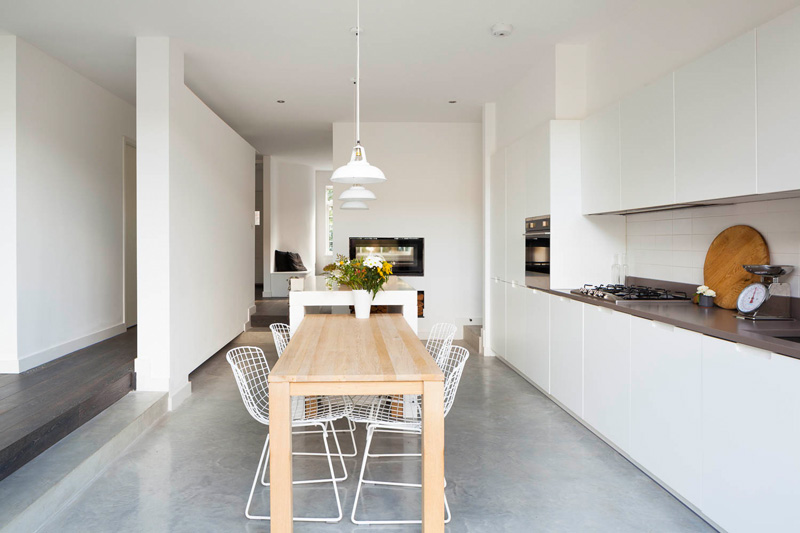 The kitchen floor is lowered to allow for a mental separation from the rest of the areas and its polished concrete with the reflective surface adds to the ambient light. 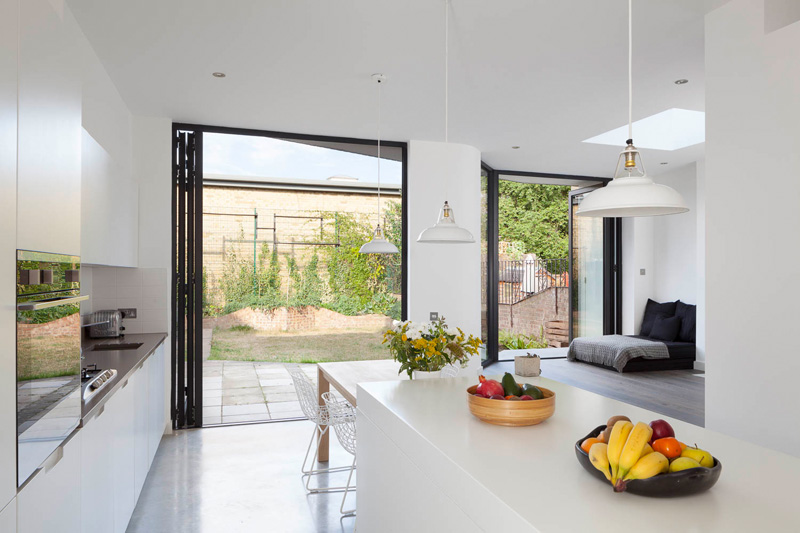 A central island provides some additional work space and flexibility for the rest of the space as the kitchen table can slide and hide in it. 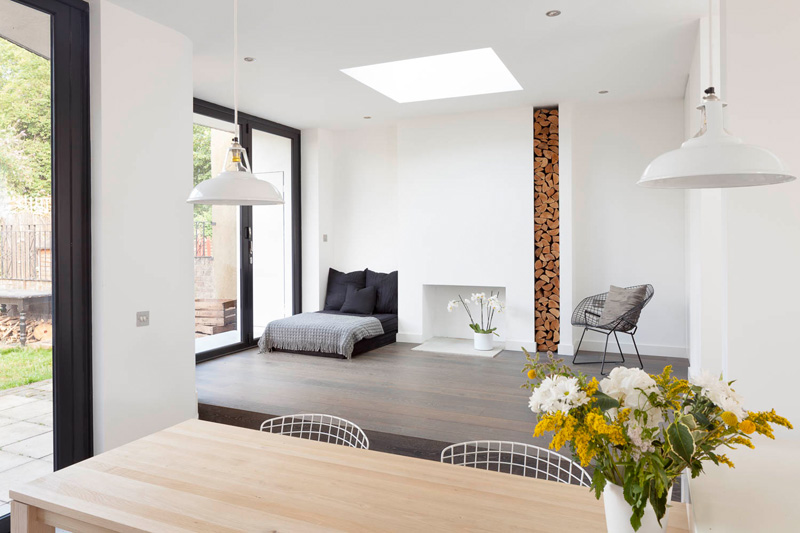 A newly created space next to the kitchen is being used as a Japanese style seating/ work area a bit more isolated from the rest of the areas but directly connected at the same time and can also assume various uses. 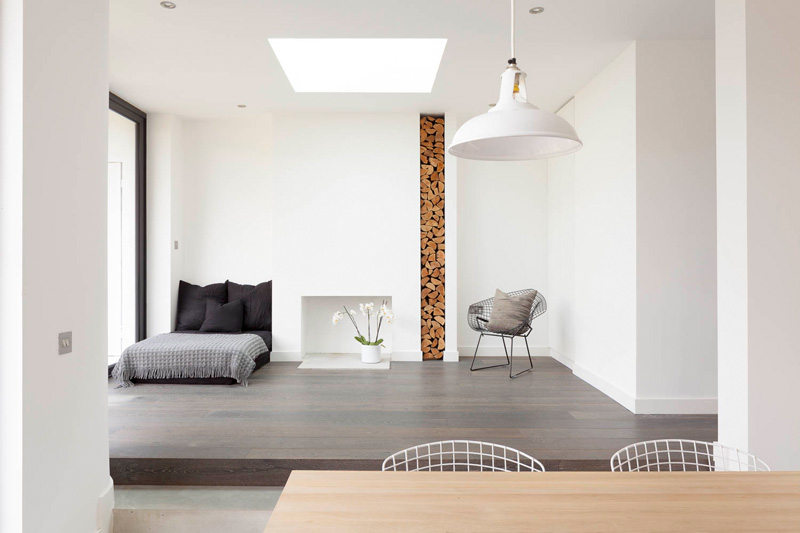 This seating area and the kitchen have now direct connection to the garden with two large sliding folding doors. The new extension incorporates a green roof and a large skylight above the seating area. 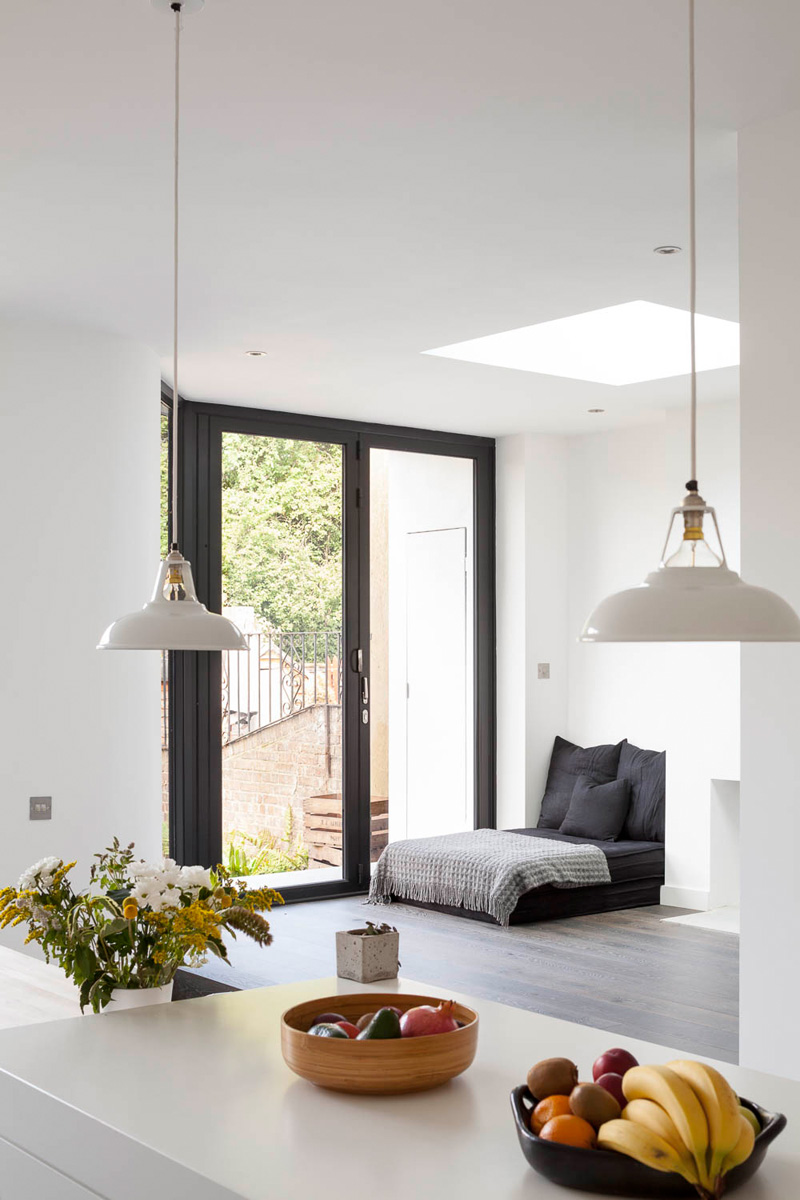