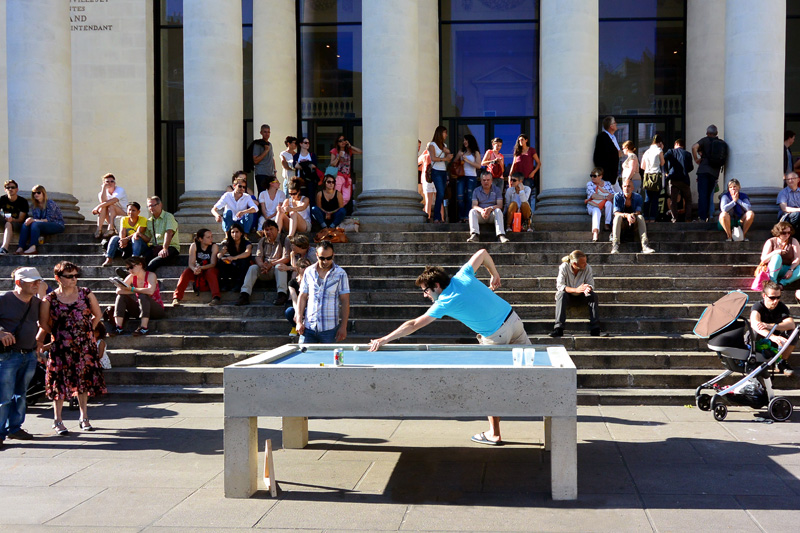 The designer’s objective with Urban Pool, was to promote new interactions between people in a public space. Not only can people play the game, but there is also entertainment for people watching the game. 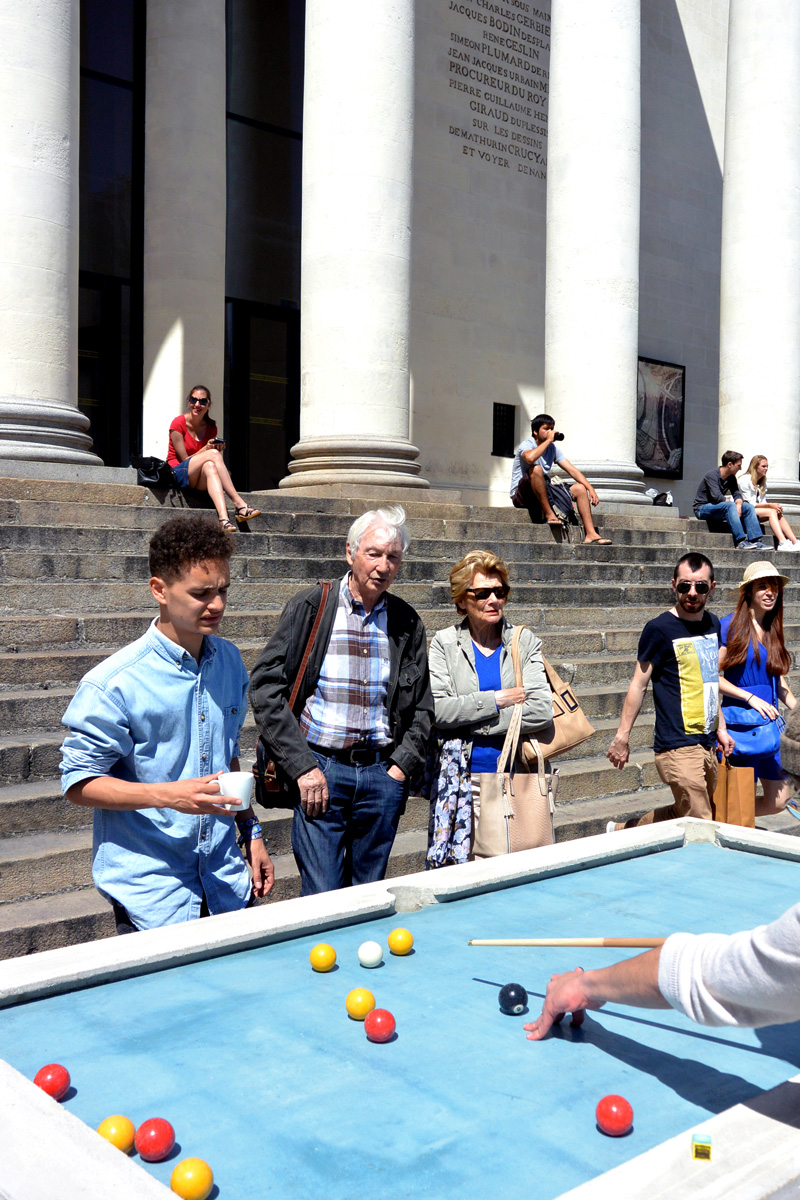 The table seen here is made from concrete, and was temporarily installed in Nantes, France, but the designer would like to see it in other cities as well. 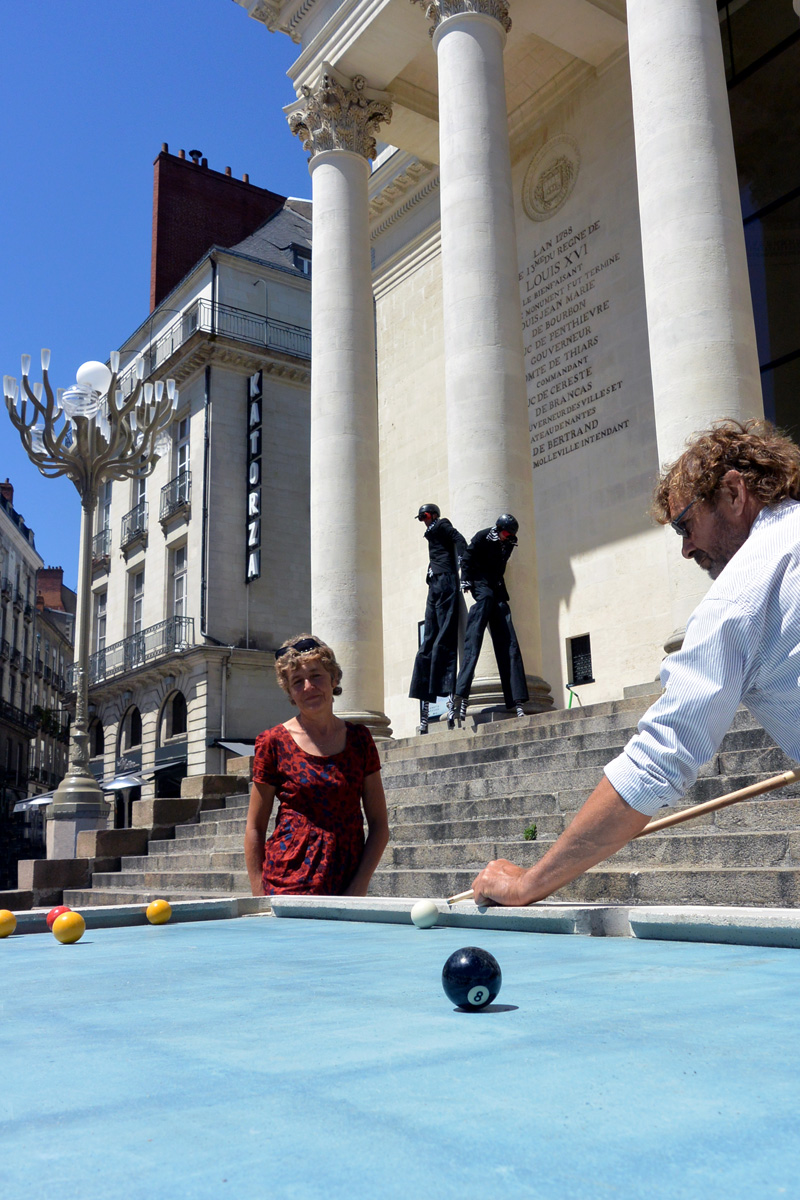 The billiard table can be used to play blackball or eight ball, however players are encouraged to invent their own rules: urban pool rules. 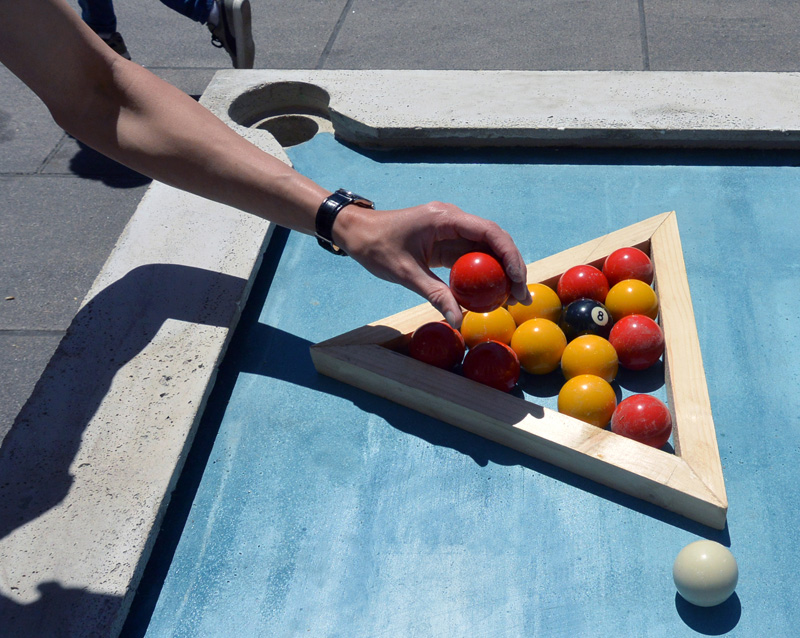 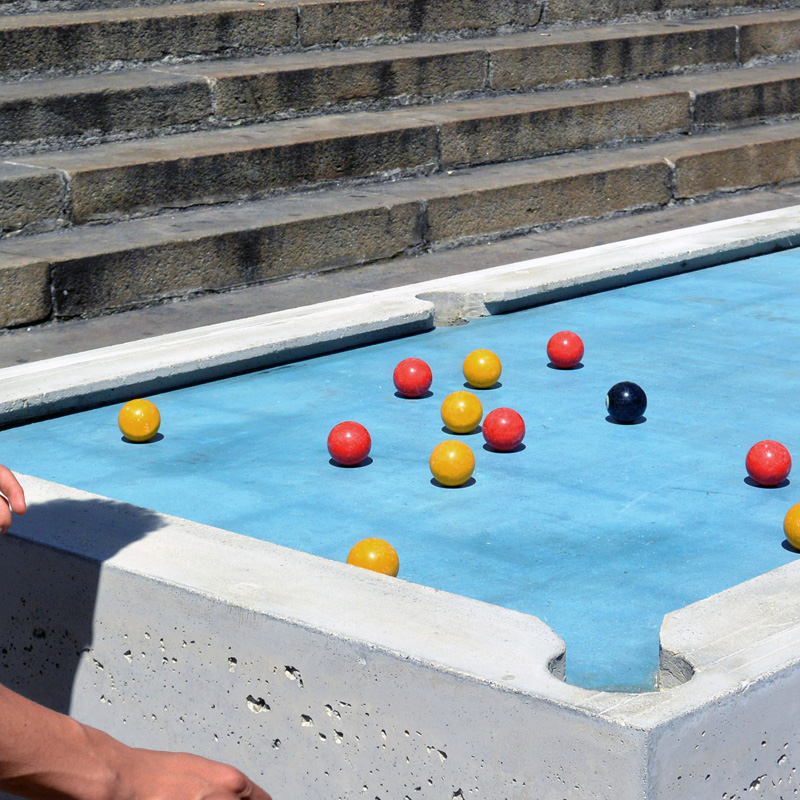 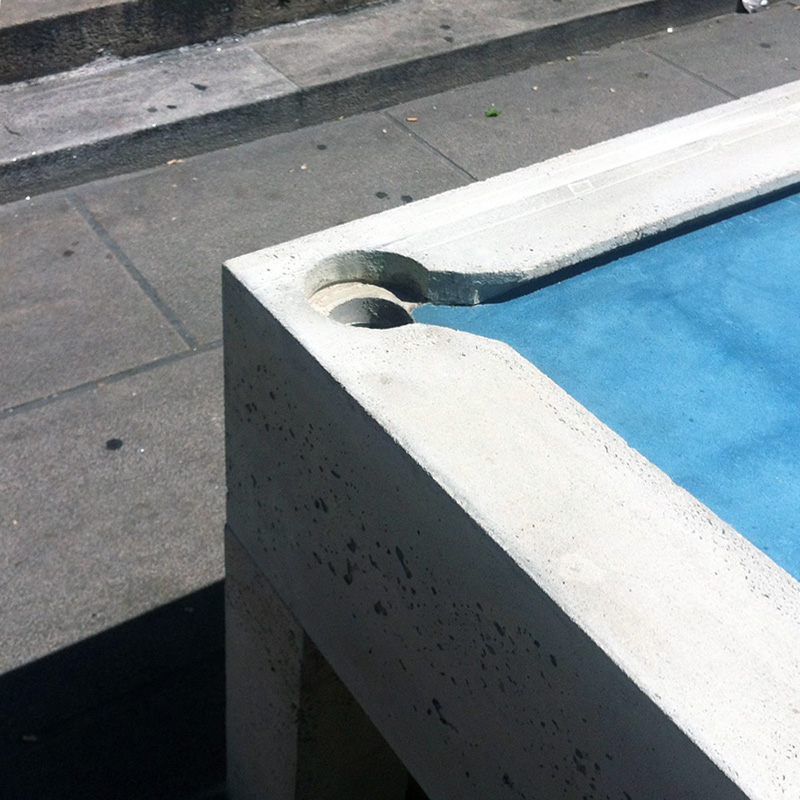