An artist covered this parking garage in Morse code 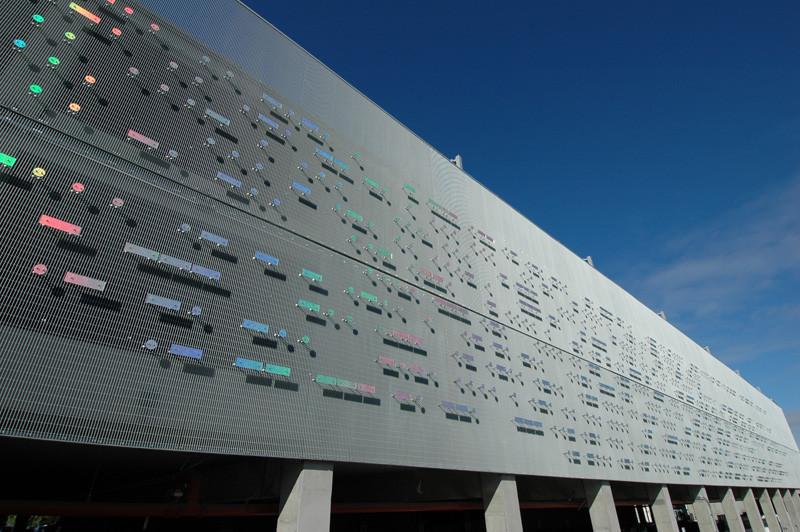 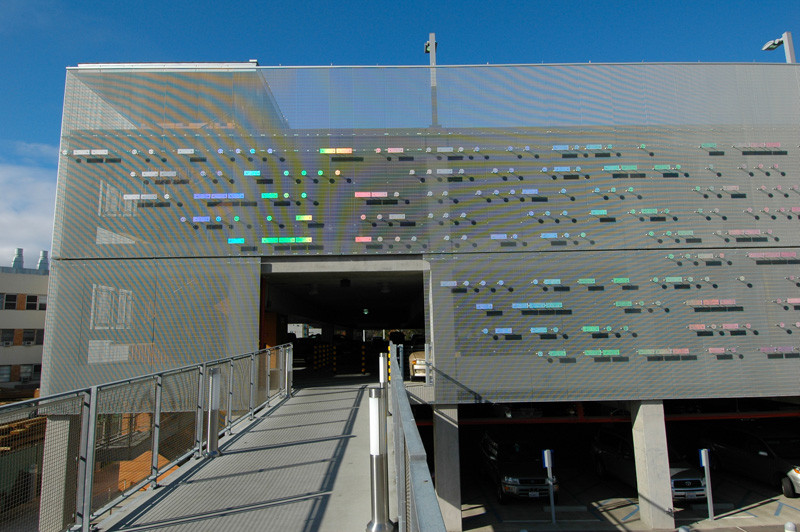 The installation, named Horizon, is made from laminated holographic glass elements attached to the parking structure. But the attached elements, are laid out in very specific patterns, in fact they’re Morse code dots and dashes. 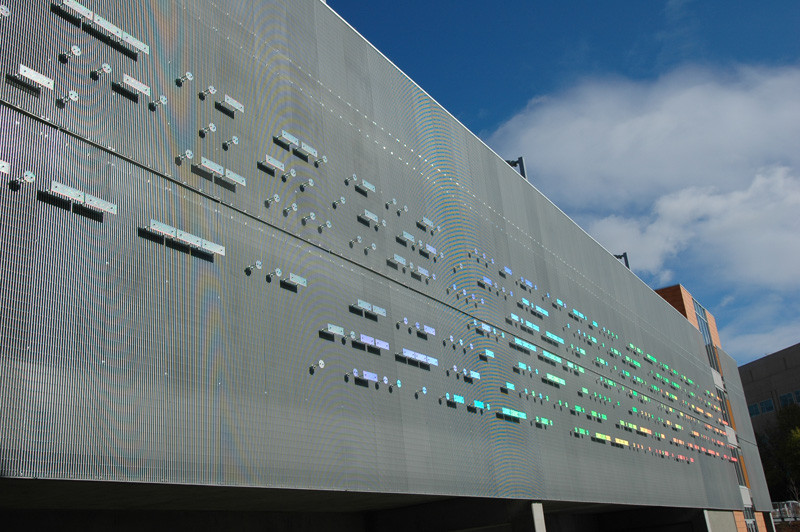 These dots and dashes, located on southern and western sides, spell out coded messages that relate to the mission of the United States Department of Veterans Affairs. 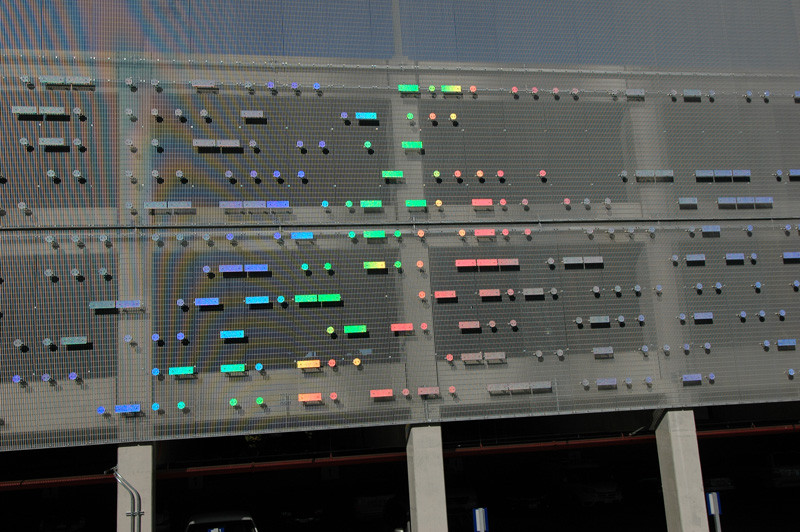 The messages that adorn the building are actually quotes from Abraham Lincoln and Eleanor Roosevelt. 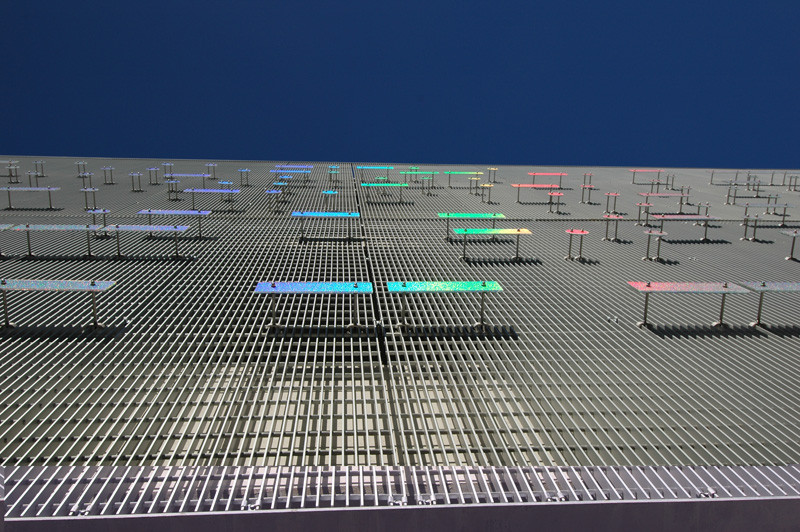 “With malice toward none, with charity for all, with firmness in the right as God gives us to see the right, let us strive on to finish the work we are in, to bind up the nation’s wounds, to care for him who shall have borne the battle and for his widow and his orphan, to do all which may achieve and cherish a just and lasting peace among ourselves and with all nations.” -Abraham Lincoln’s Second Inaugural Speech,1865

“You gain strength, courage, and confidence by every experience in which you really stop to look fear in the face. You must do the thing which you think you cannot do.” – Eleanor Roosevelt’s “You Learn by Living: Eleven Keys for a More Fulfilling Life,” 1960