AN House By Guilherme Torres

Guilherme Torres has designed a home in Paraná, Brazil, for a family with three teenage daughters. 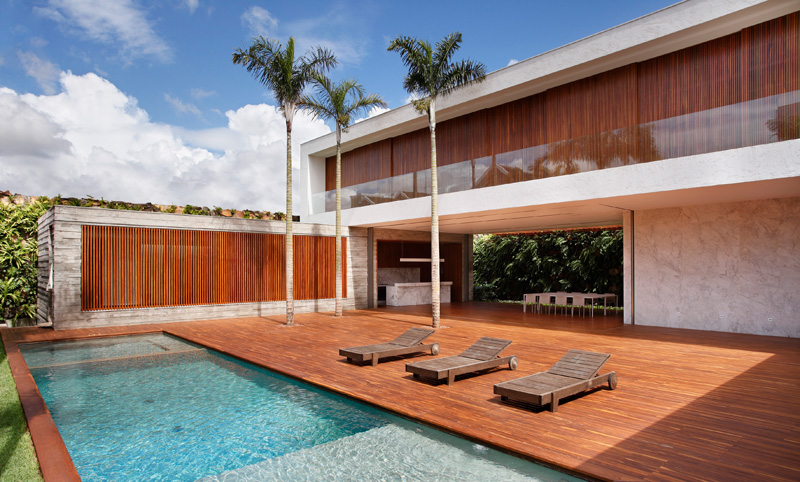 Due to hot weather most of the year, construction favors large open spans, cross-flow and in some places the use of wooden brise soleils. 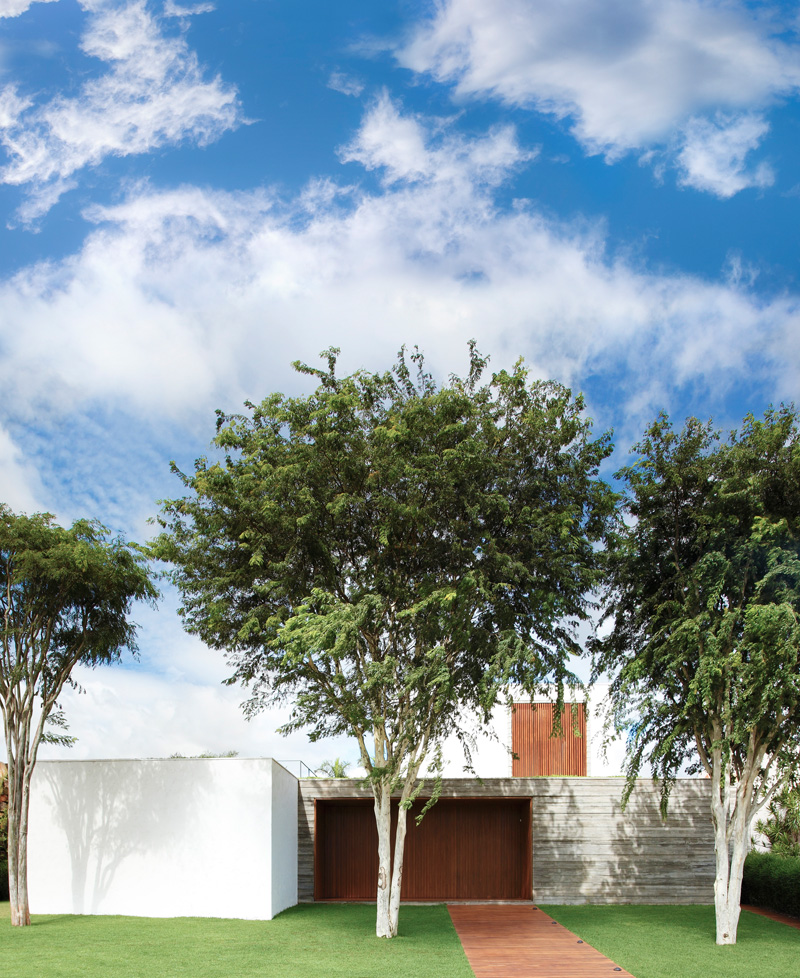 Divided into three blocks – two downstairs and one that forms the upper deck – forming a “U”, they organize social area, the lounge and intimate area on an impactful way. The volumes of the ground are exposed concrete, in contrast with the white brickwork of the rooms. 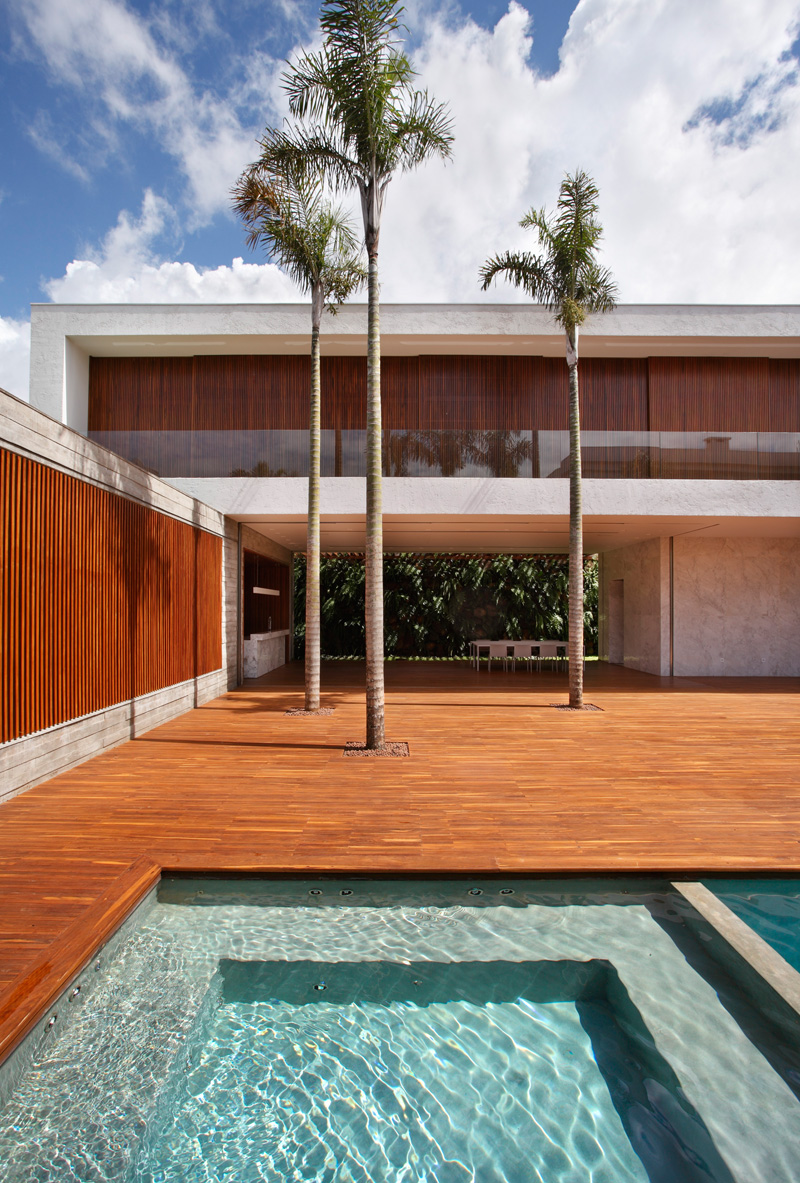 Fully closed to the street, the lobby was organized in a large wooden box, like a theater stage. The coating continuity between the door and the walls leaves completely open and camouflaged through an electronic system. 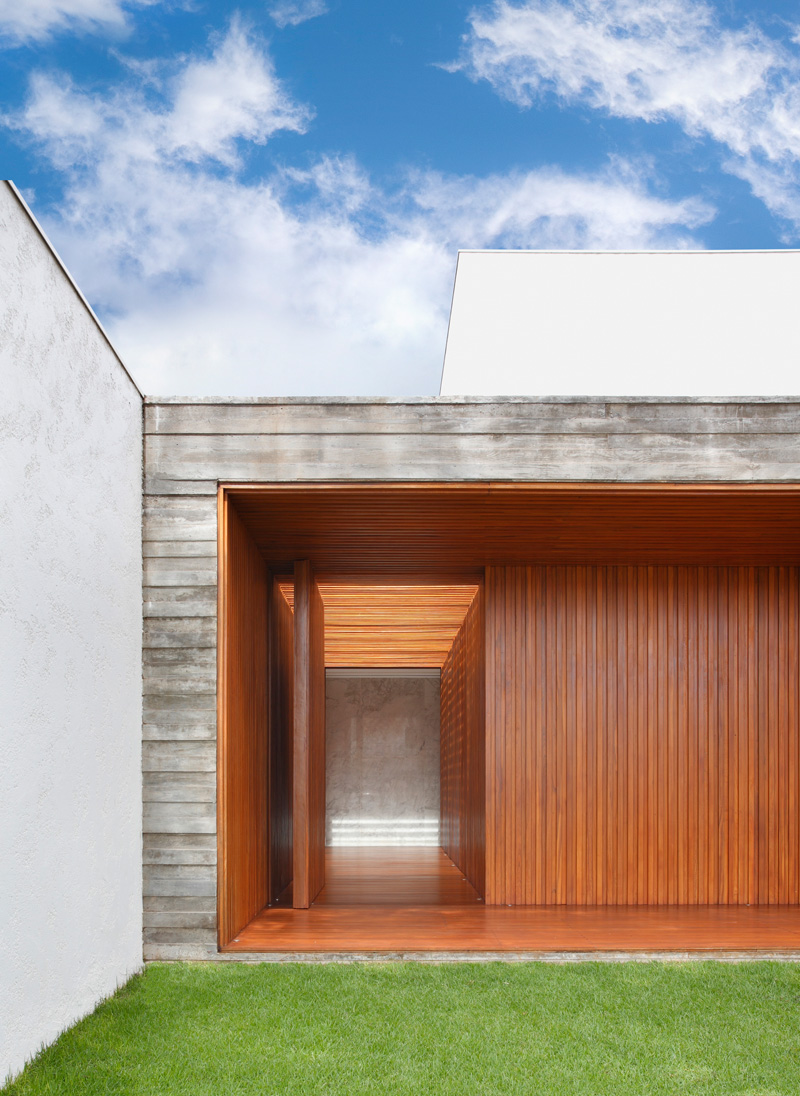 The inner hall follows the same finish in Cumaru wood and lighting have stemmed from a large domus. The circulation is organized behind the single wall of the dining room, which hides the circulation between the hall and the staircase. In the living there is a strong contrasts between the exposed concrete, wood and marble, which opens up to the recreation area. 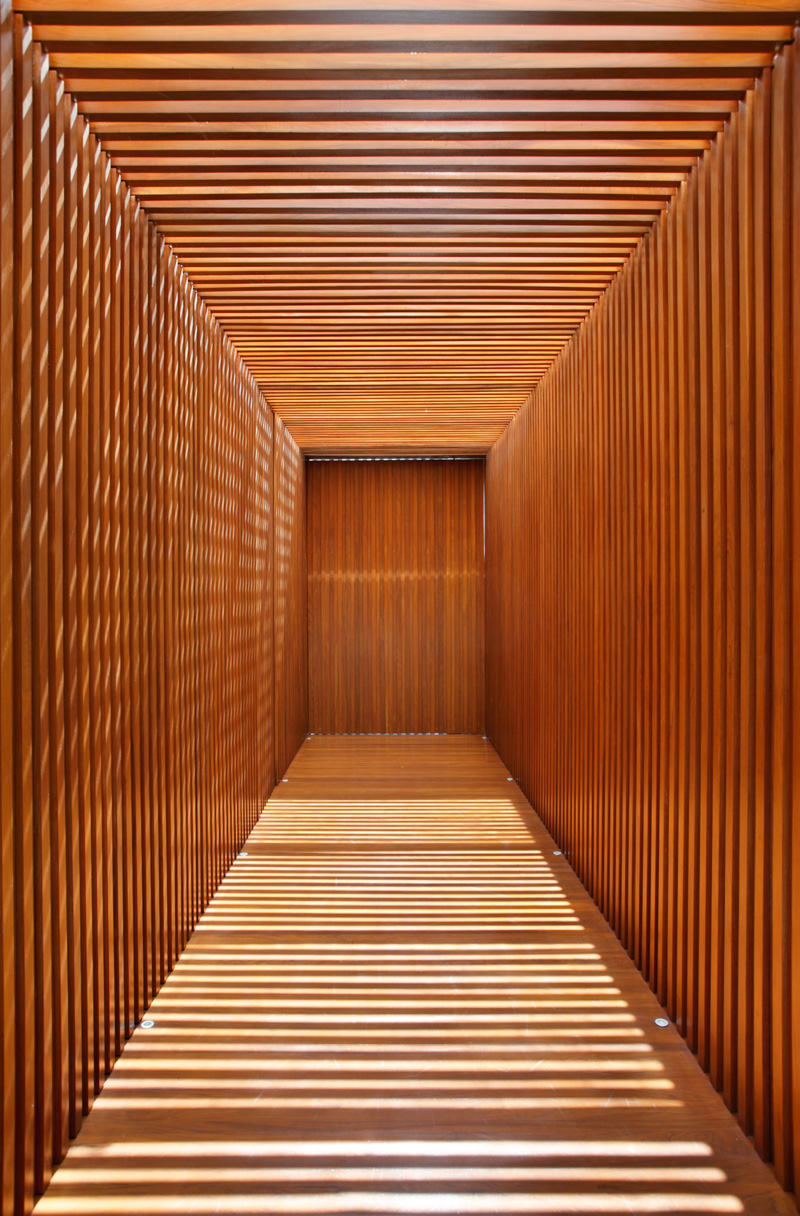 Looking for privacy, the external walls received special attention. They were coated with a stone cave, and the gaps of the stones, were filled with various species of tropical plants. Thanks to a special irrigation system is maintained and this garden has become an alternative to a traditional vertical garden. 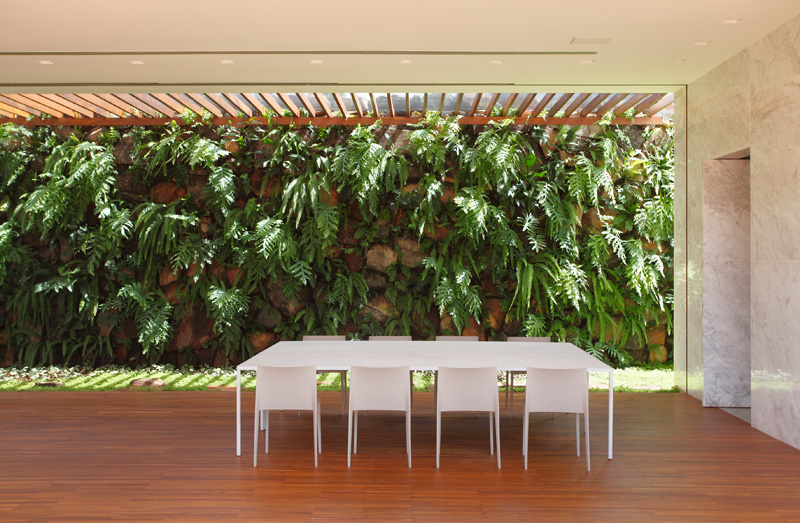 The pool is surrounded by a large wooden deck, which creates a junction with the recreation area, equipped with gourmet kitchen and a home theater. In opposite side to the living area, the volume of concrete with wooden brise soleils gives place to a guest room and to a recreation area. 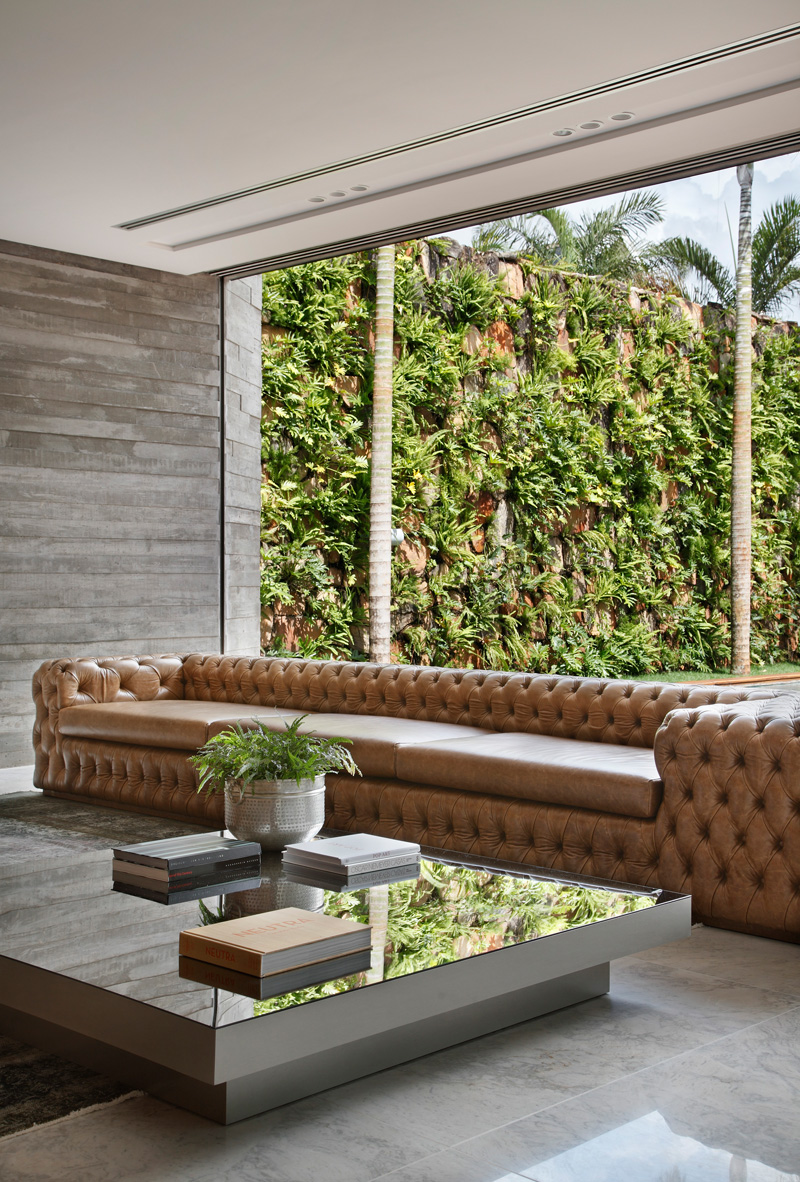 The volume of the bedrooms is fully enclosed in one of its sides, maintaining the privacy of the residents and forming the circulation of the bedrooms, which includes a large domus throughout its length. Large doors and windows of cumaru wood open to a balcony overlooking the pool, forming a beautiful relationship between the building and the recreation area. 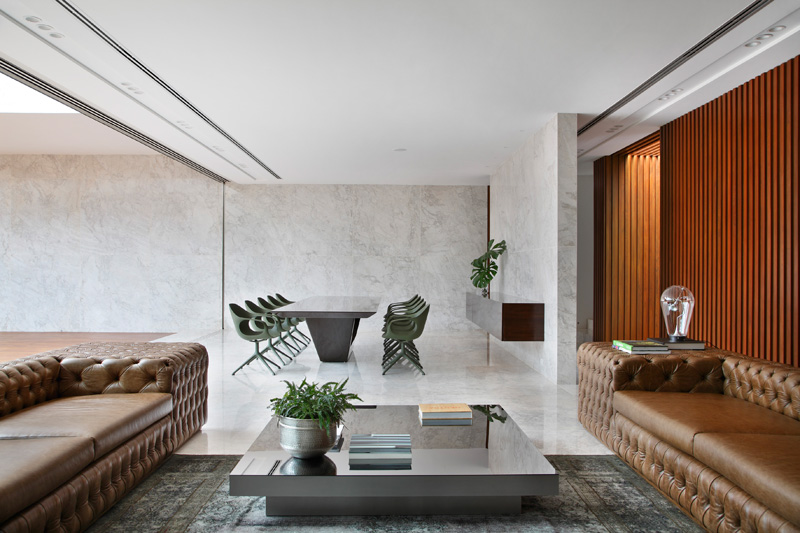 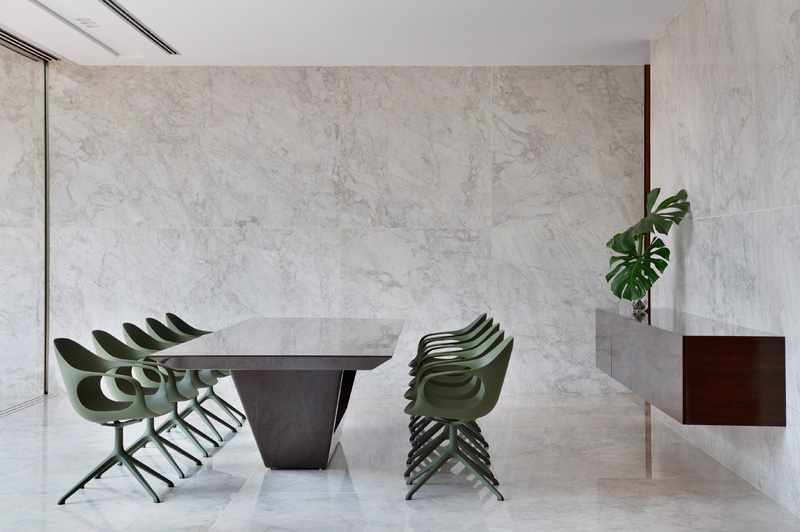 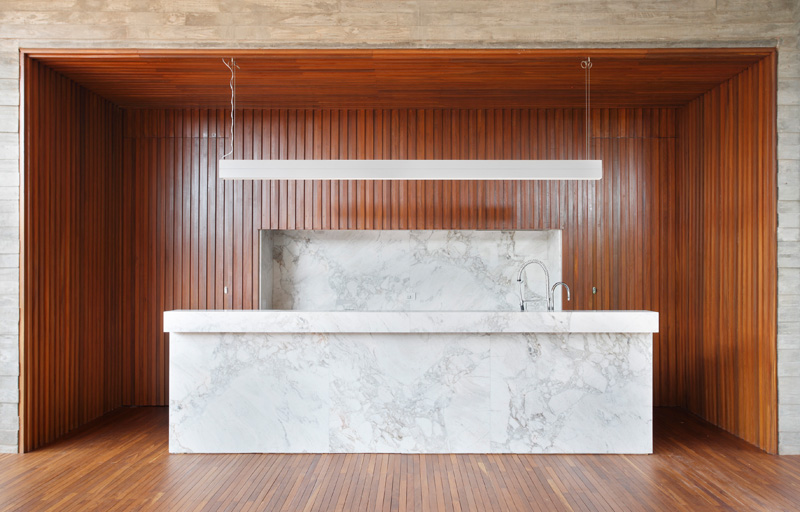