Alex Tedesco, a senior associate at LGA Architectural Partners has designed the Bedford Park House for his cousin in Toronto Canada. 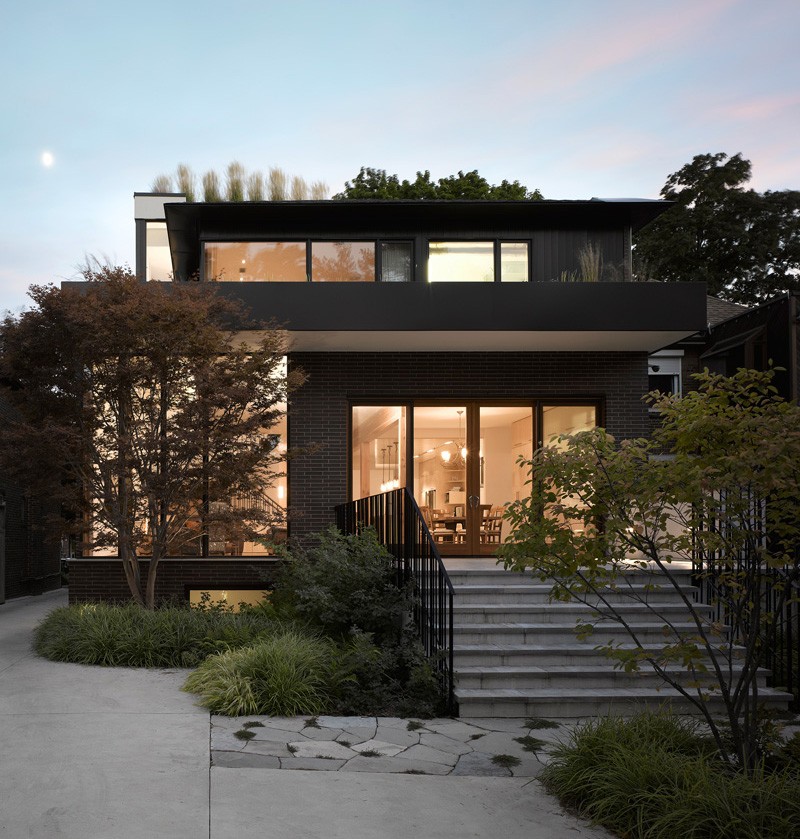 When one of Alex’s cousins needed a house, he approached Alex to design his family’s Bedford Park home, giving Alex an opportunity to put his interests into practice. 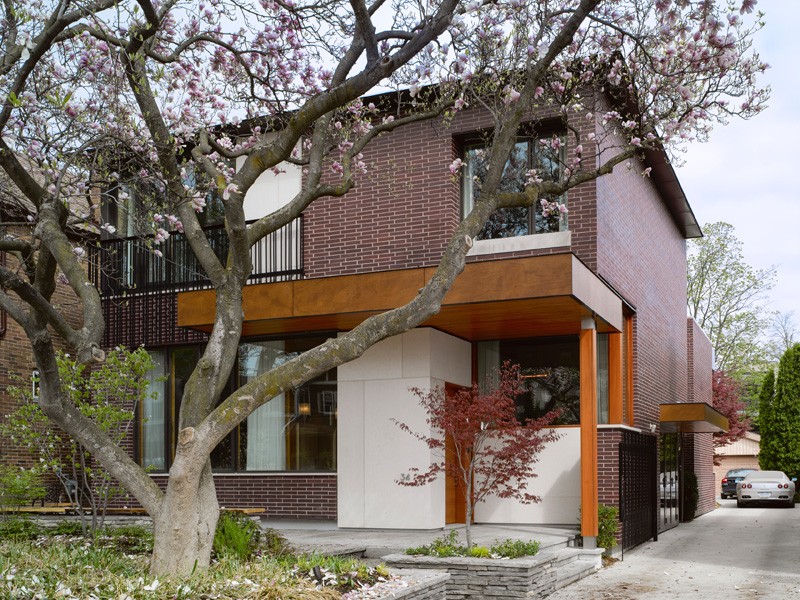 The family sought a new home that fit aesthetically with the neighbourhood; to protect the very rare and mature magnolia and Japanese maple trees on the site; to create a house that could evolve with the changing needs of their large family; to build living conditions that they could grow old in; and since Alex’s cousin is a doctor who often works odd hours, he requested a private area where he and his wife could live opposite hours without interrupting one another’s sleep. 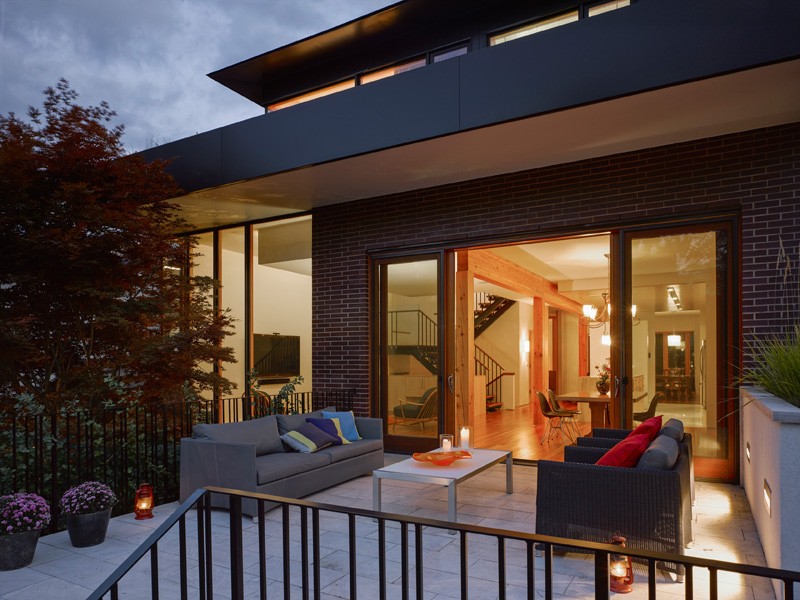 In response to these needs, Alex knit the house within the neighbourhood and concealed its deep sustainability by choosing brick and wood exterior detailing, by matching the house’s scale and setback and by lining up the height of its windows with the adjacent homes. 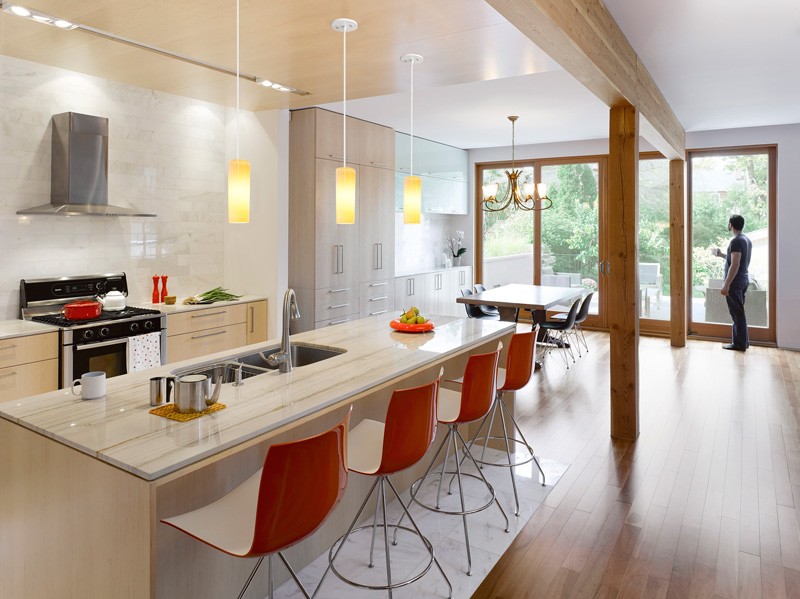 Alex not only ensured that the house left enough space for the trees to mature over time, but also that the interior views framed these trees so that the family could enjoy them even when indoors. Additionally, by limiting the size of the lawn and using self-sustaining plants, Alex simplified maintenance requirements. 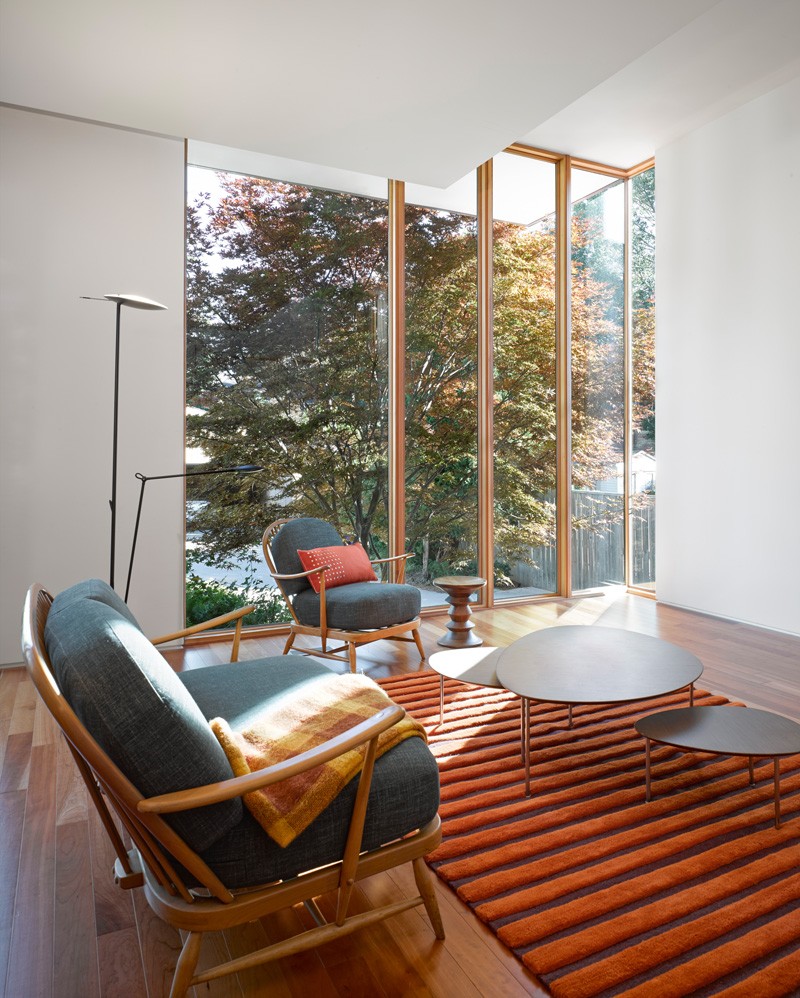 In order for the owners to age in place, Alex included the infrastructure for a future elevator shaft next to the stairwell. He also incorporated an adaptable basement apartment with a separate side entrance and large windows that invite plenty of natural light. This can be used privately and quietly by the doctor; converted into a separate apartment which could be rented out for an extra source of income; or can be used by one of the children to help them transition to independent living, for example after finishing university.

A highlight of the home, like many of LGA’s projects that incorporate art within the architecture, Alex made a feature staircase of welded blackened steel–visible from all major arteries in the home, and a tribute to his uncle and family traditions of collaboration and making things. 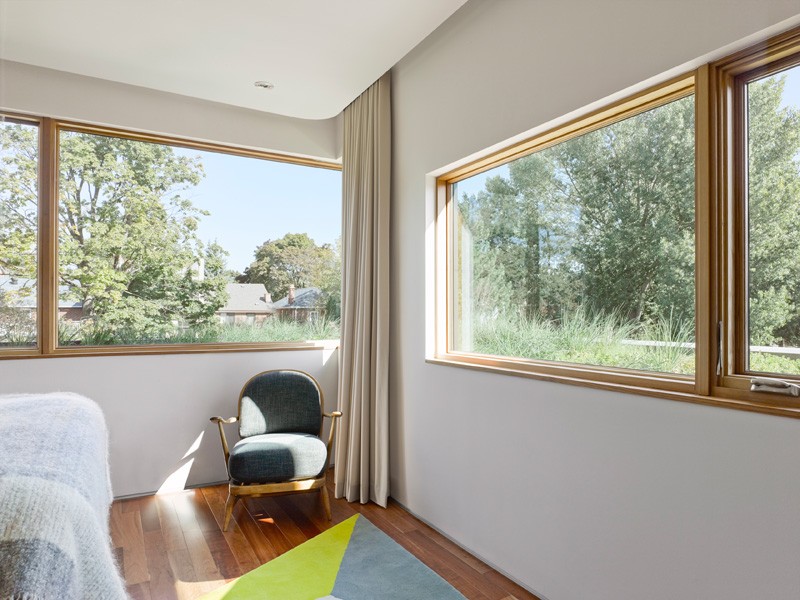