Before & After – A Pharmacy In Athens Gets A New Exterior

KDI Contact have designed the renovation of a 4-story building in Athen, Greece, that houses a pharmacy. 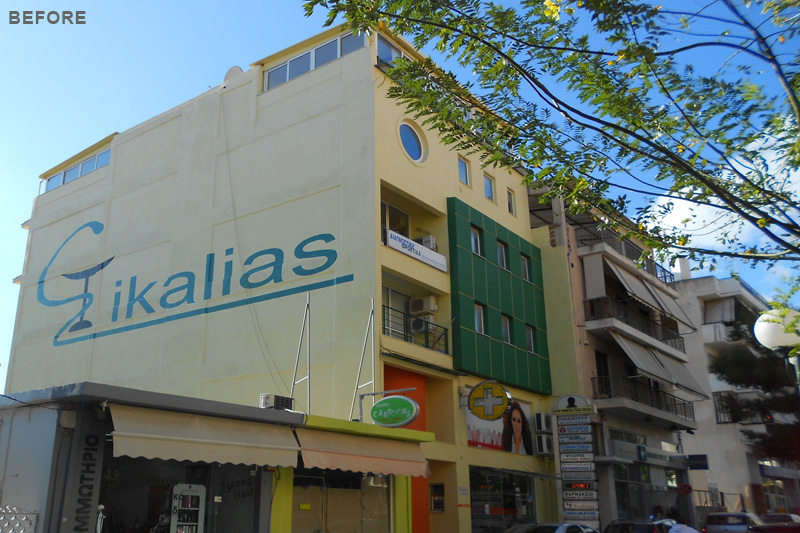 In Sikalias Pharmacy project, KDI CONTRACT was commissioned to unify the design of the existing 4-storey building that accommodates the pharmacy, in order to communicate to the public the commitment on scientific research and prevention and, at the same time, promote the specialized services provided. 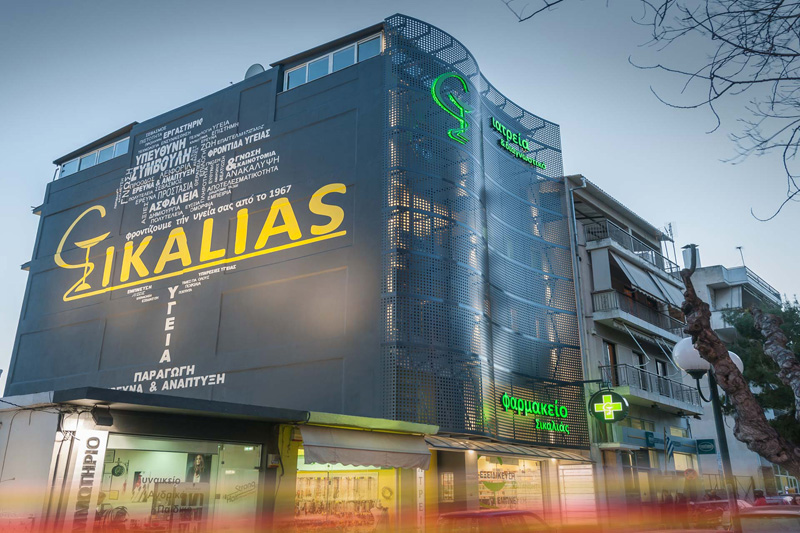 The project proved particularly challenging, given a number of constraints related to the building’s existing structural conditions and the site’s surrounding constructions. 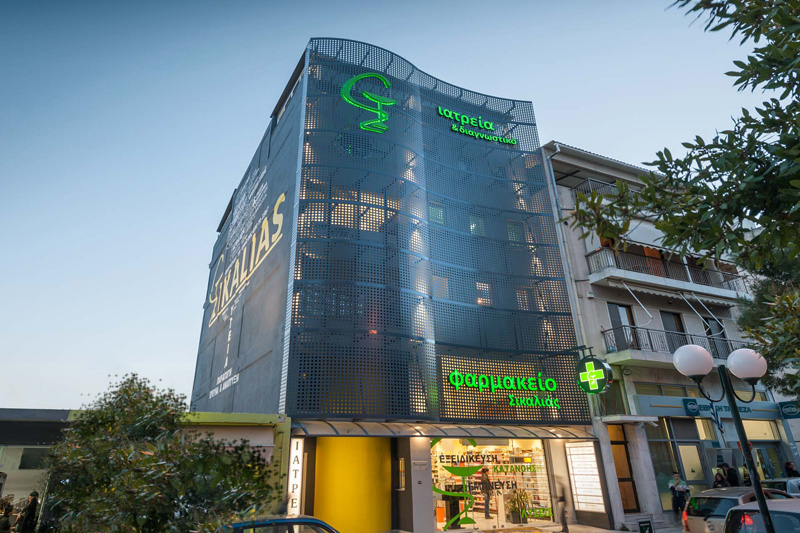 The objective was accomplished by designing and applying to the front facade a perforated metallic mantle – full of motion, covering the full height of the building. The color of the metal skin reacts to sunlight and changes, over the course of the day, depending on the sun’s angle and the viewer’s position. 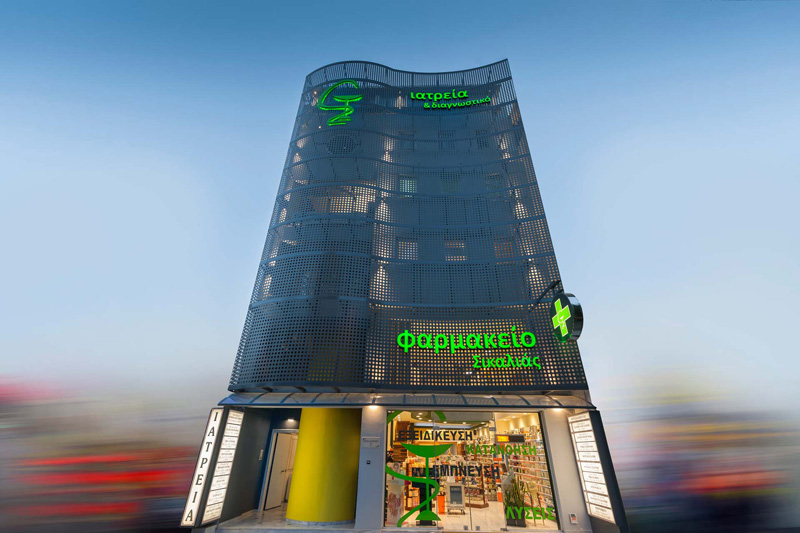 The final outcome is greatly defined by the architectural lighting used both at the side-wall of the building and the interior of the perforated metallic facade, with the use of special led-technology light features. During the night, the building’s facade is illuminated from the interior, creating a theatrical scenery. 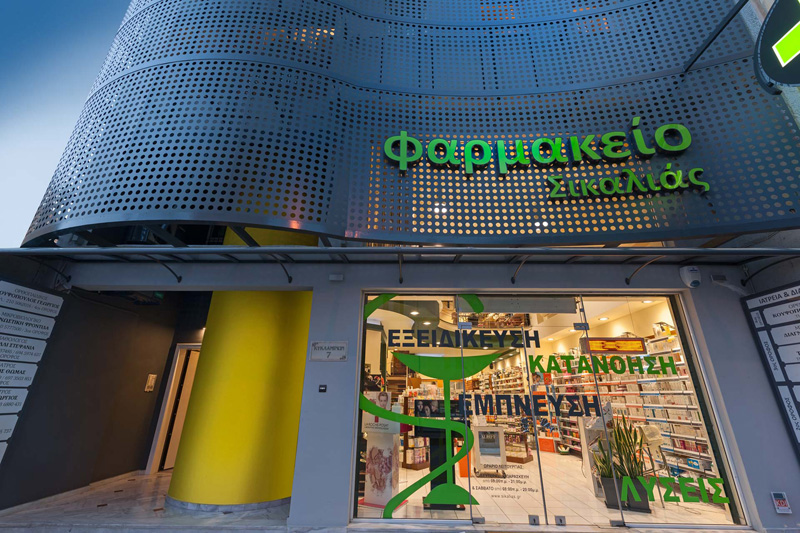 The design of the facade, apart from its architectural concept, was studied in order to enhance the energy efficiency of the building and improve visual and thermal comfort. 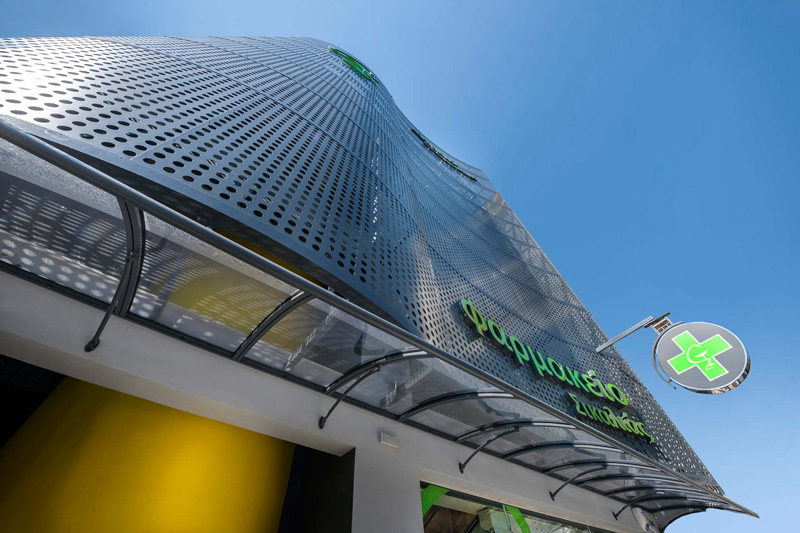 This was achieved by providing the appropriate shading, which minimizes direct sunlight while allowing natural daylight into the building. 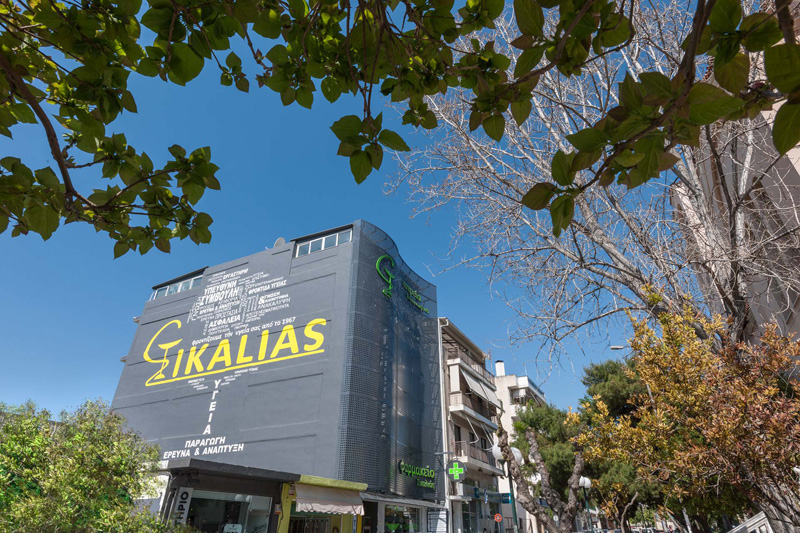 At the same time, through the specially designed facade’s openings, natural ventilation reduces excess heat and allows the interior to cool, during the hot summer months. 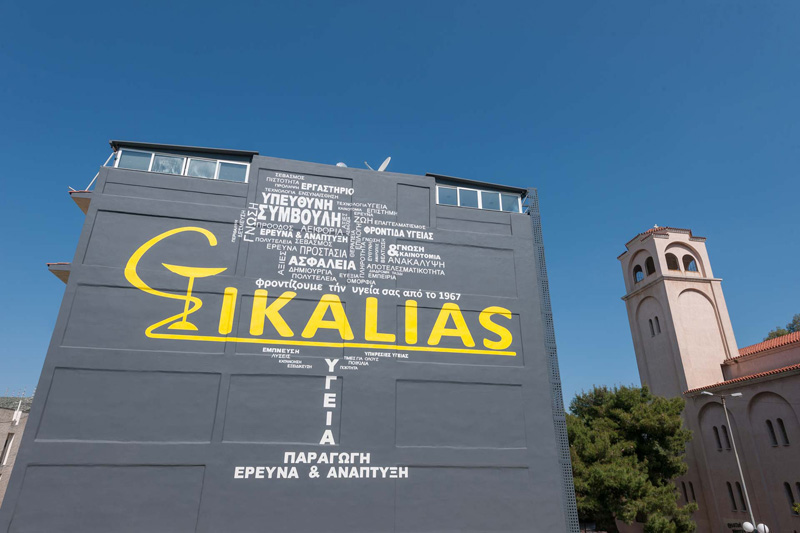 KDI CONTRACT’s design team took a step further by studying, from scratch, the colors and the brand logo, giving them a new dynamic. Source of inspiration was the tree as a symbol of life, formed by the use of words that are inextricably related to the philosophy of the brand. 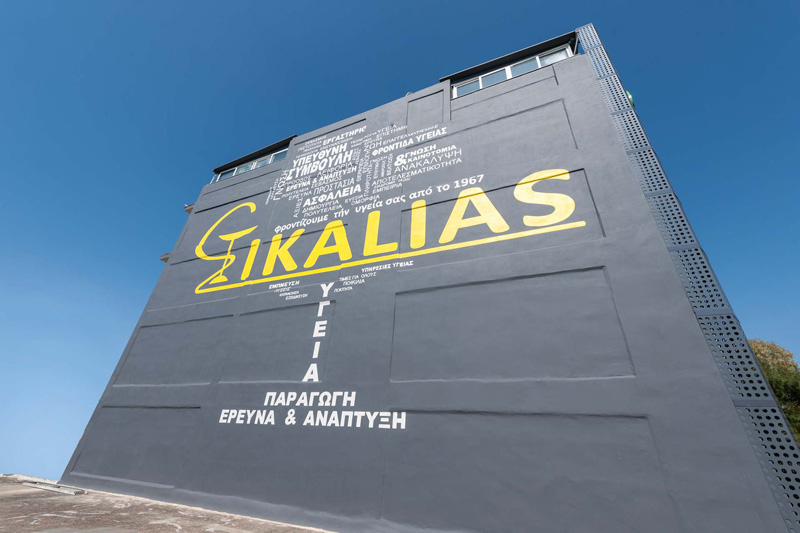 The newly designed logo was artistically rendered and hand-drawn, thus referring to the urban art and graffiti culture of the metropolis. The enlargement of the tree to near-monumental proportions and its implementation on the side-wall of the building add to an impressive result. 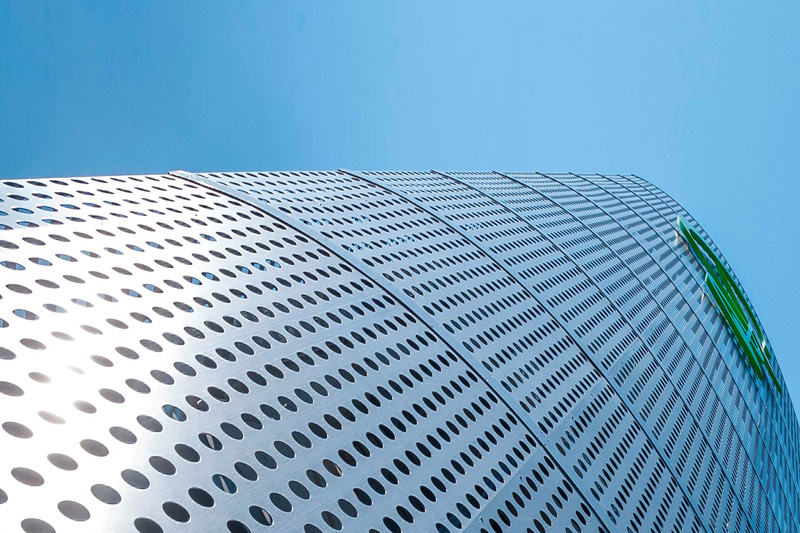