Glamuzina Paterson Architects designed a one-bedroom house on Waiheke Island, New Zealand, for a couple on a very modest budget. 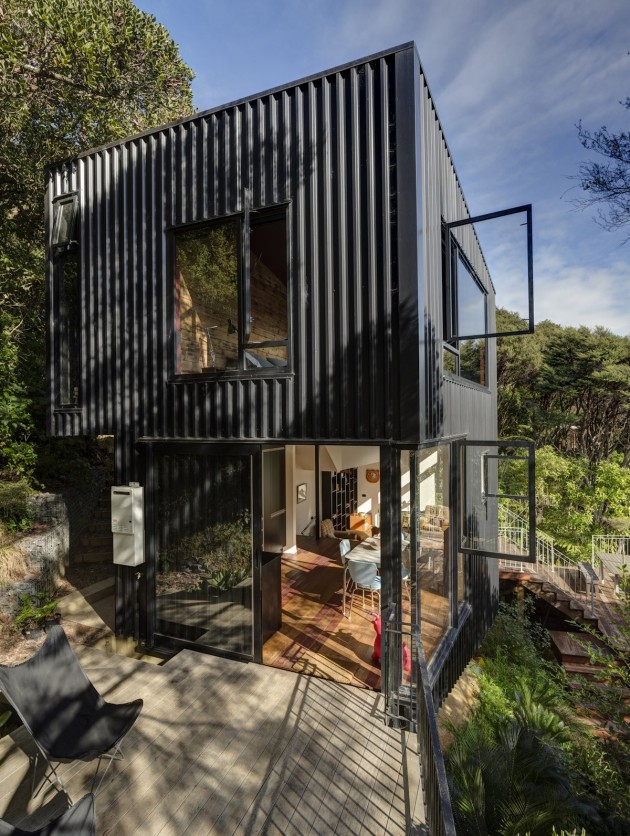 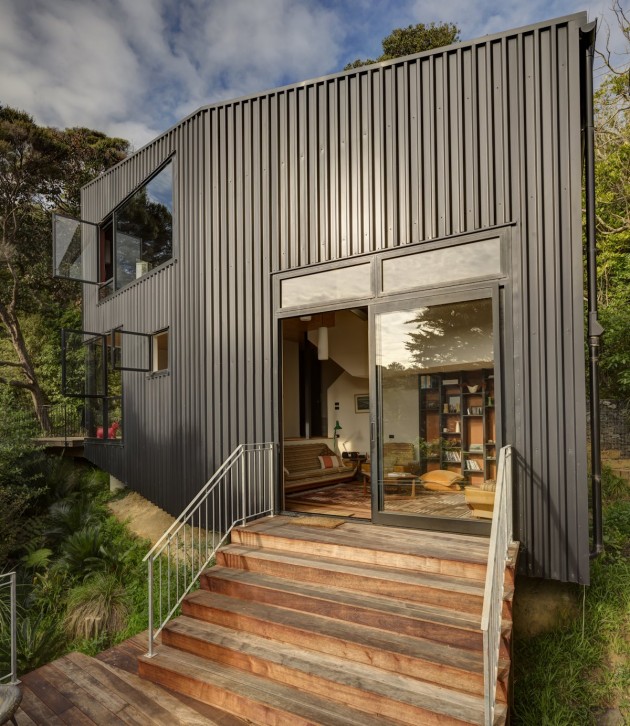 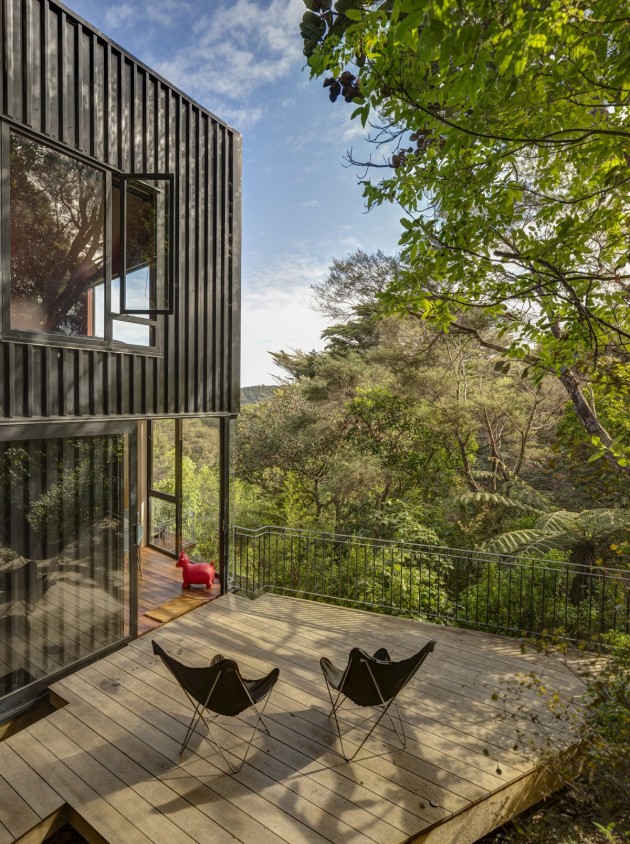 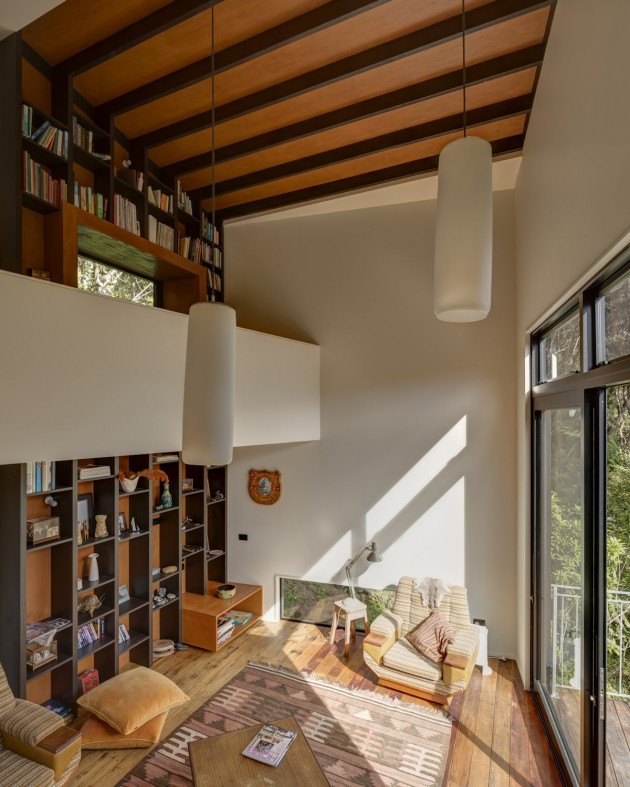 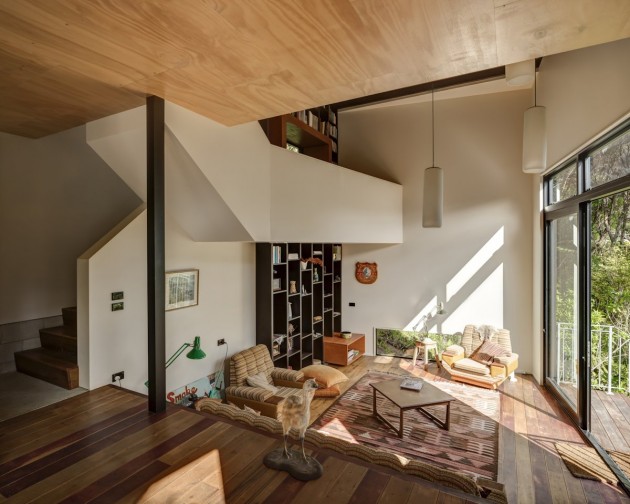 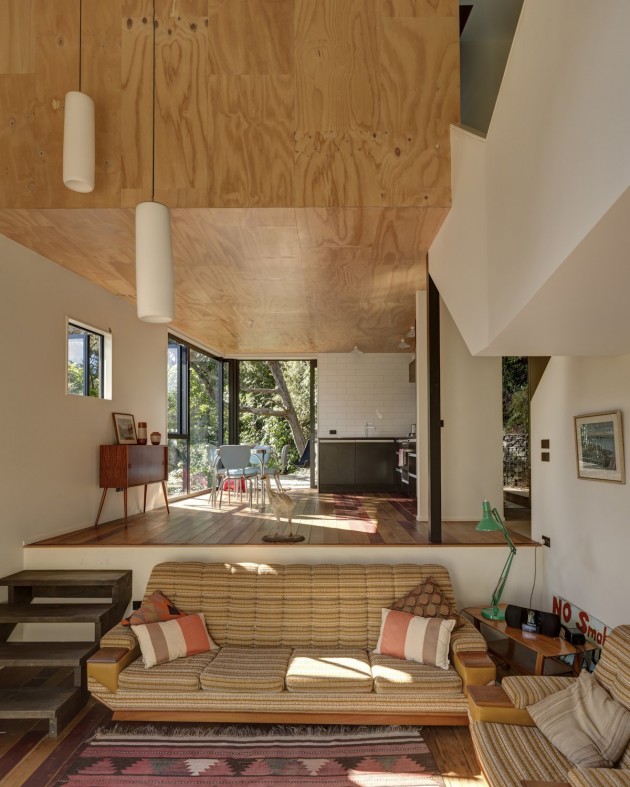 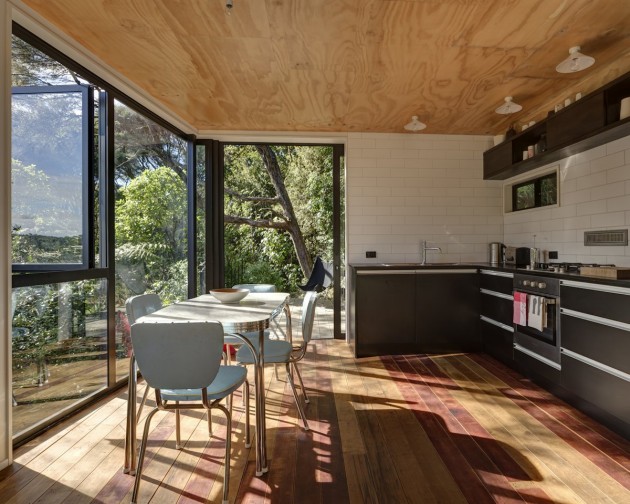 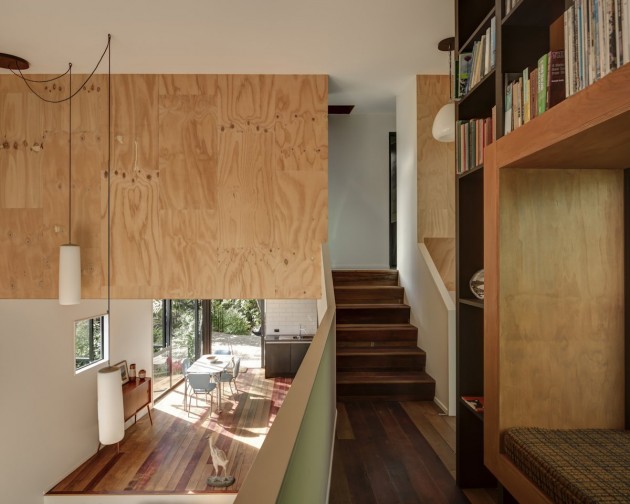 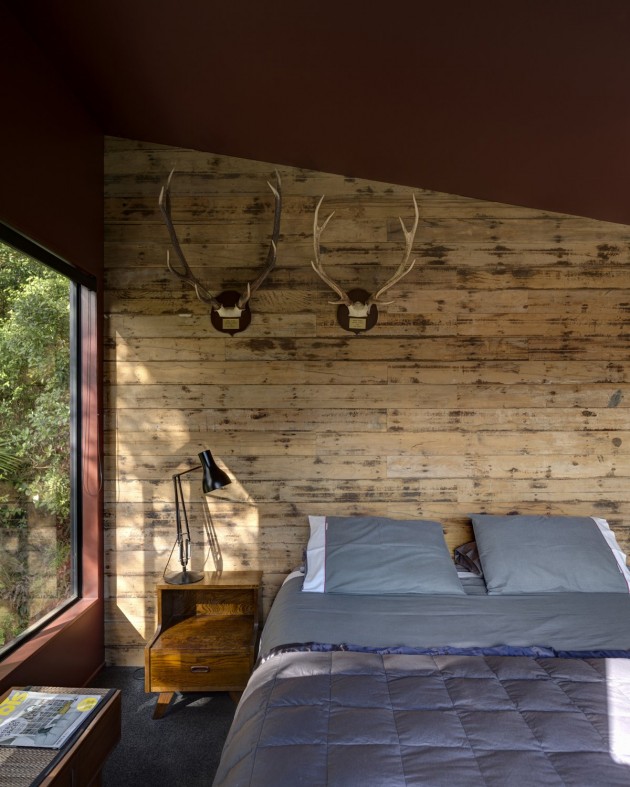 The house at Blackpool, Waiheke stands as a black monolith in a densely populated native landscape. The brief was to design a house that was at home in the tree canopy. The architectural solution created a tower that vertically responded to the topography and allowed choreographed connections to the landscape.

Entry to the steep site is from above and you descend through dense native trees, along a winding path where you are presented with an entry porch cut into the austere form. The southern wall is conceived as a defensive wall anchoring the building into the site, and setting up a layering of the space within. The entry compresses you on arrival, followed by a sense of expansion offered by the interior double height space beyond.

The tower is a one bedroom house for a couple, and was completed on a very modest budget. The house consists of 4 interior split levels and 2 decks that allow for varying connections to the landscape, with kitchen and dining on one level and living 900 mm below. The second floor has a bedroom and bathroom with a mezzanine library on the stair landing. Ground floor footprint is 47m2 with 34m2 across the second floor and mezzanine.

The chiselled roof form, shifting floor plates and deck follow the contours of the land. The undulating north-west face responds to the enclosure of the tree canopy, negotiating the connection between interior and exterior conditions. The dining room looks across to a deck to the east and back into the double height volume of the living room.

To achieve a singular and continuous form in the landscape, black metal cladding for the exterior skin and aluminium joinery for the apertures was chosen. Recycled totara floor was used for the flooring with pine with a clearcote finish for dinning ceiling and void walls. The void ceiling has dark stained Meranti ply and black rafters.

The interior is seen as a poche cutting of the internal volume generating a series of surface conditions which articulate the program within the house. The volumes accentuates the verticality of the site, and allows differing spatial parti; from intimate to vast. The library rises up through the space to the intimate mezzanine becoming a vertical- expose of programmed structure which terminates at the ceiling rafters. The irregular and undulating north face responds to the enclosure of the tree canopy.