This Brass Bench Is Covered In Golden Water-Like Ripples 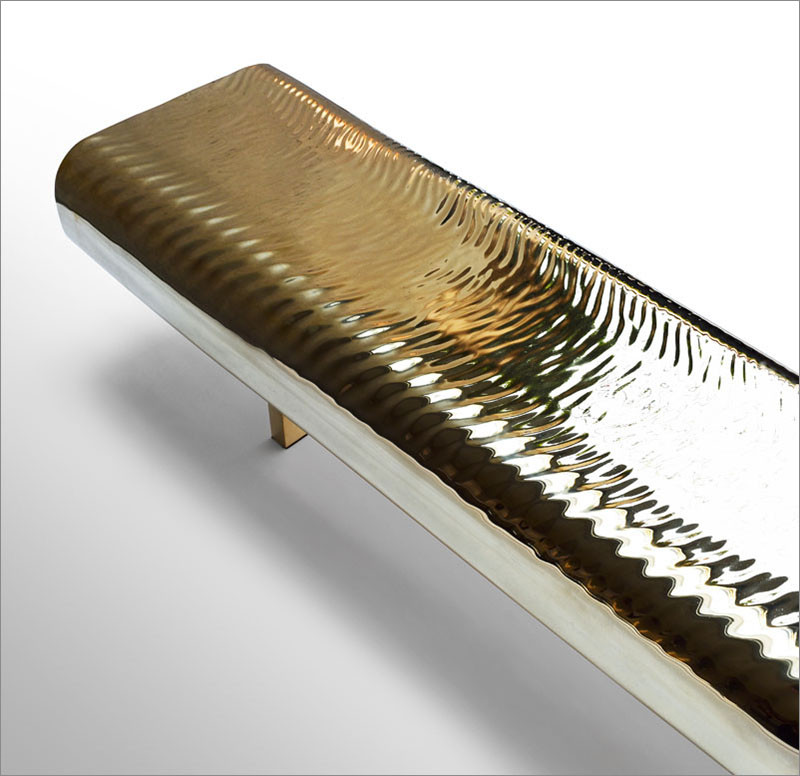 Recently exhibited at the Golden Pavilion Temple – Kinkaku-ji in Kyoto, and named the ‘Water Block’, it’s a new version of his original piece, that was made of glass. In the glass version, the water-ripple shape was formed when the glass solidified and the beautiful ripples of water surface became apparent.

This is his original design. 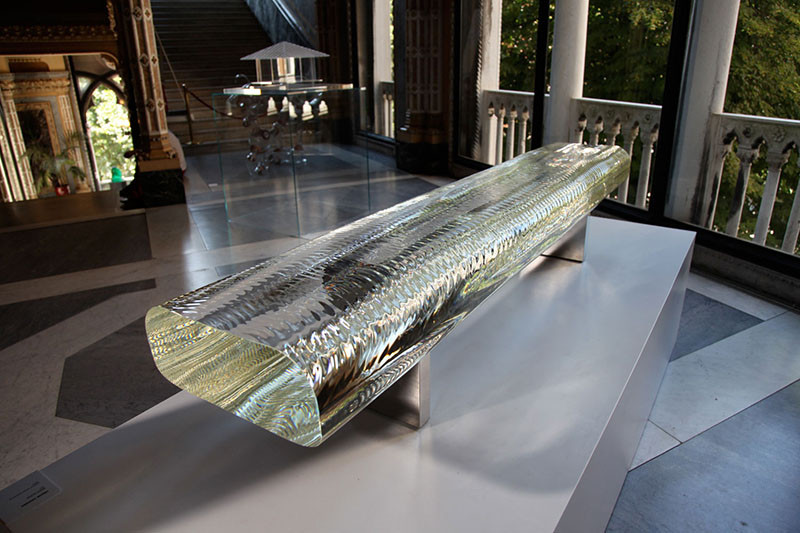 Now, Tokujin Yoshioa has created a version out of brass… 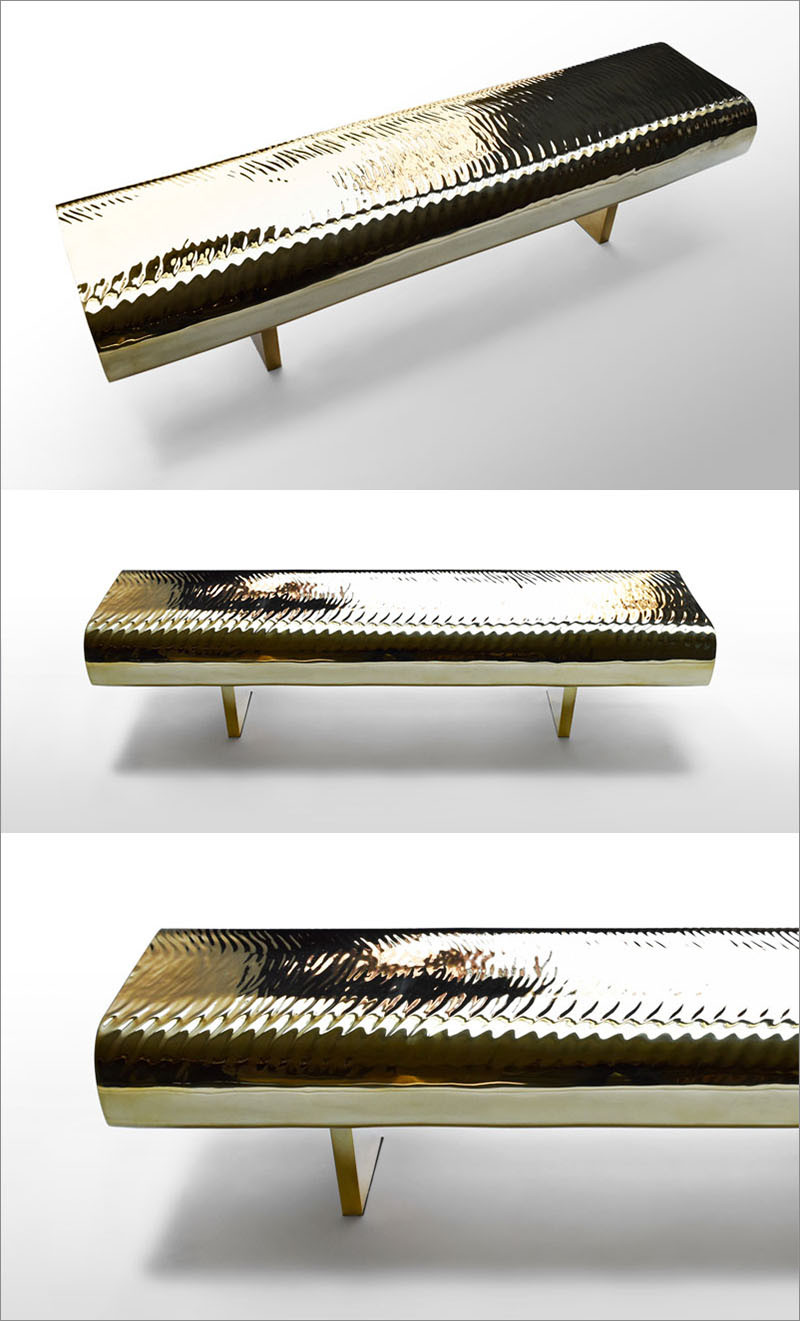 Here’s a glimpse of the bench was made. First the brass was melted in a 1100 degree furnace. 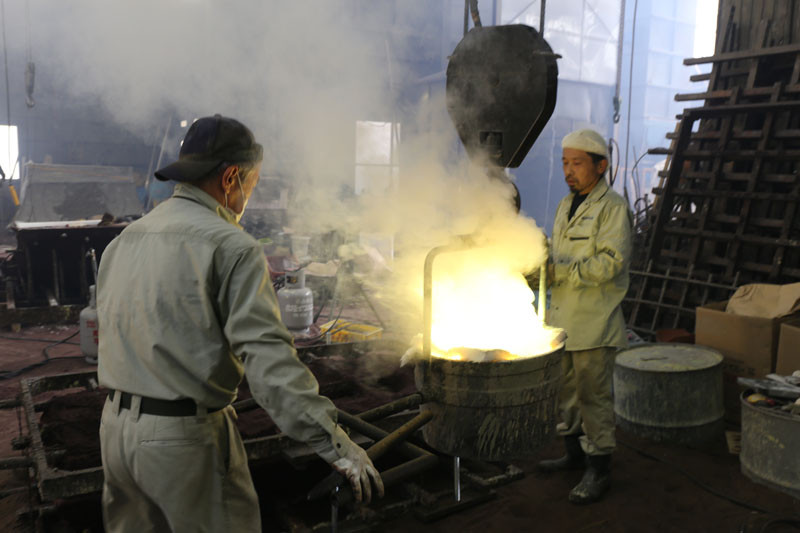 Using the same technique used to create traditional Buddha statues, the extremely hot liquid brass was then poured into a sand mold. 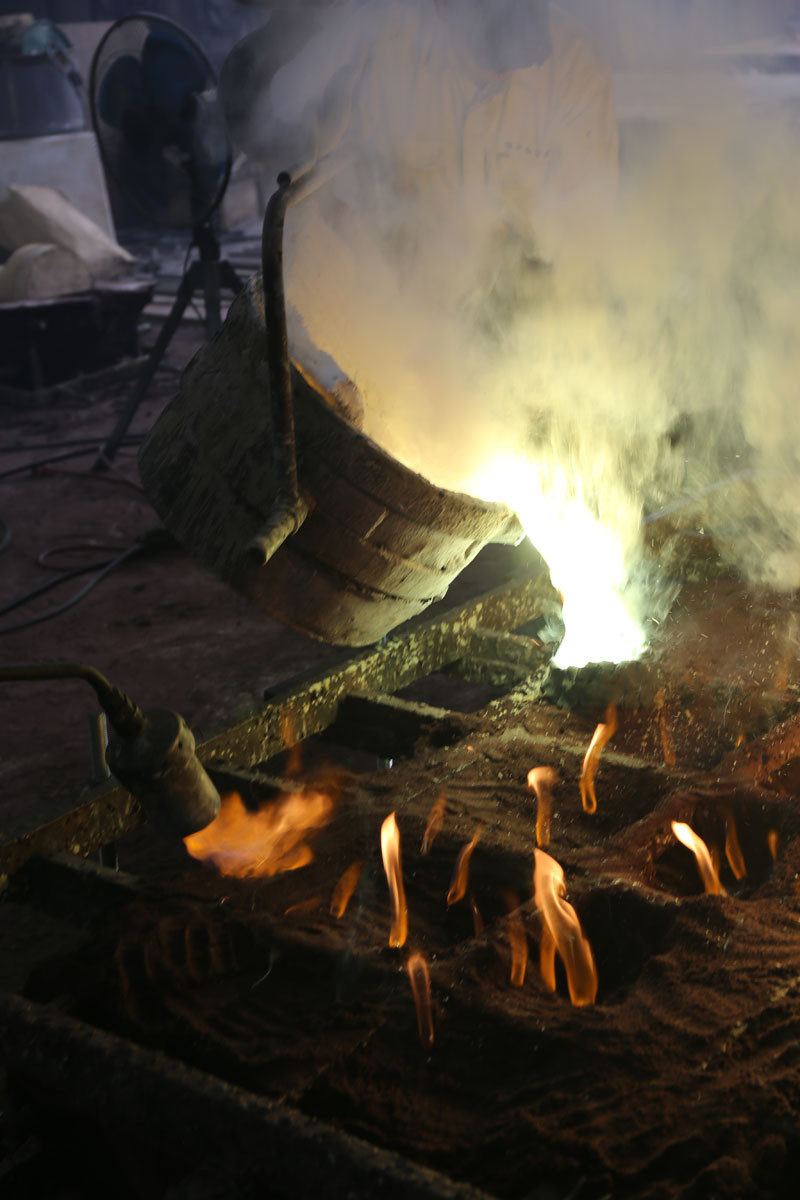 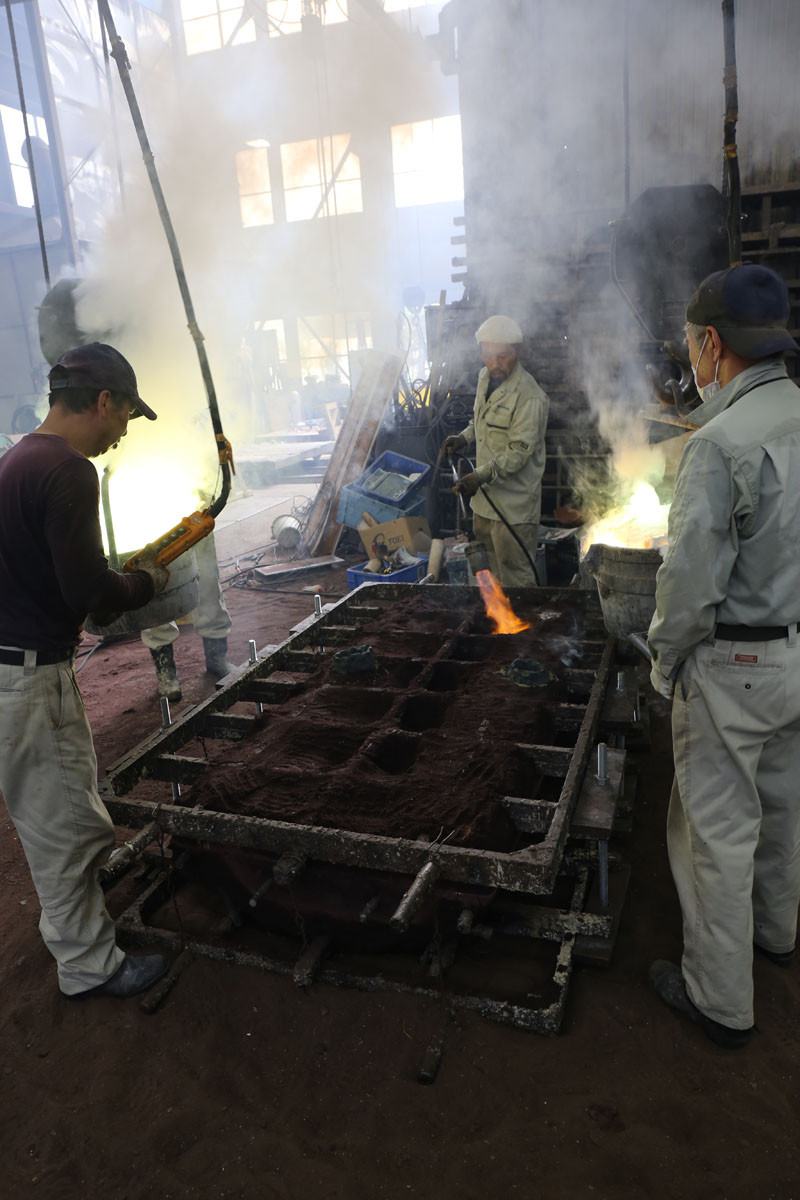 Once the liquid brass cools and hardens, it’s then removed from the sand mold and handed over to experienced craftsmen to polish it to a shimmering gold. 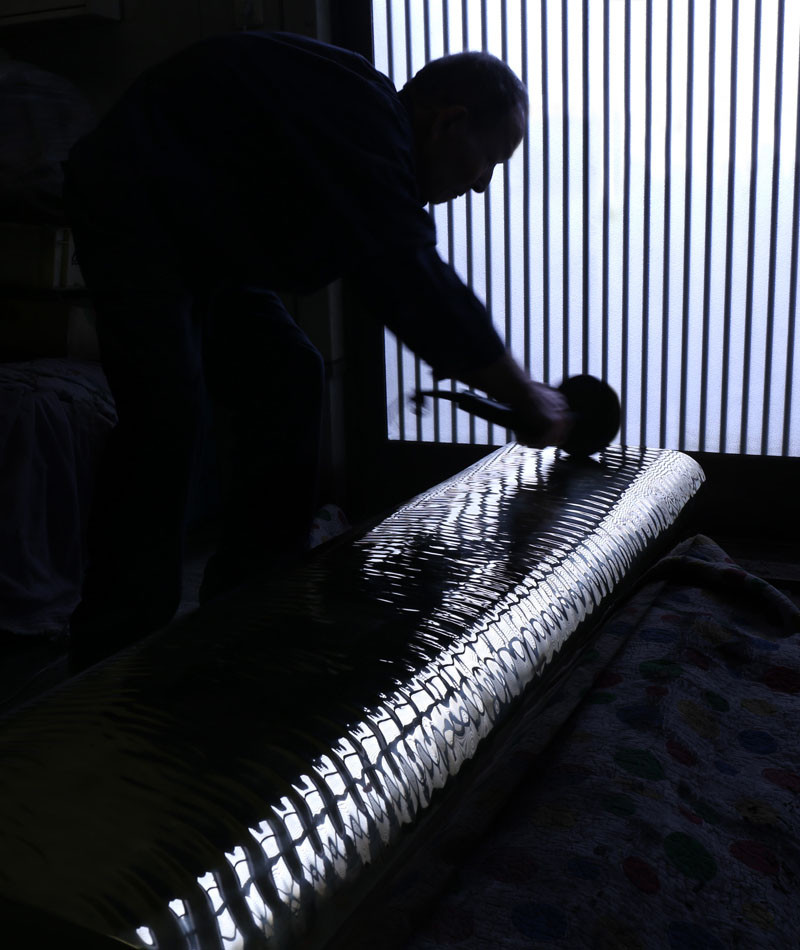 Here’s a look at the polished seat part of the bench. 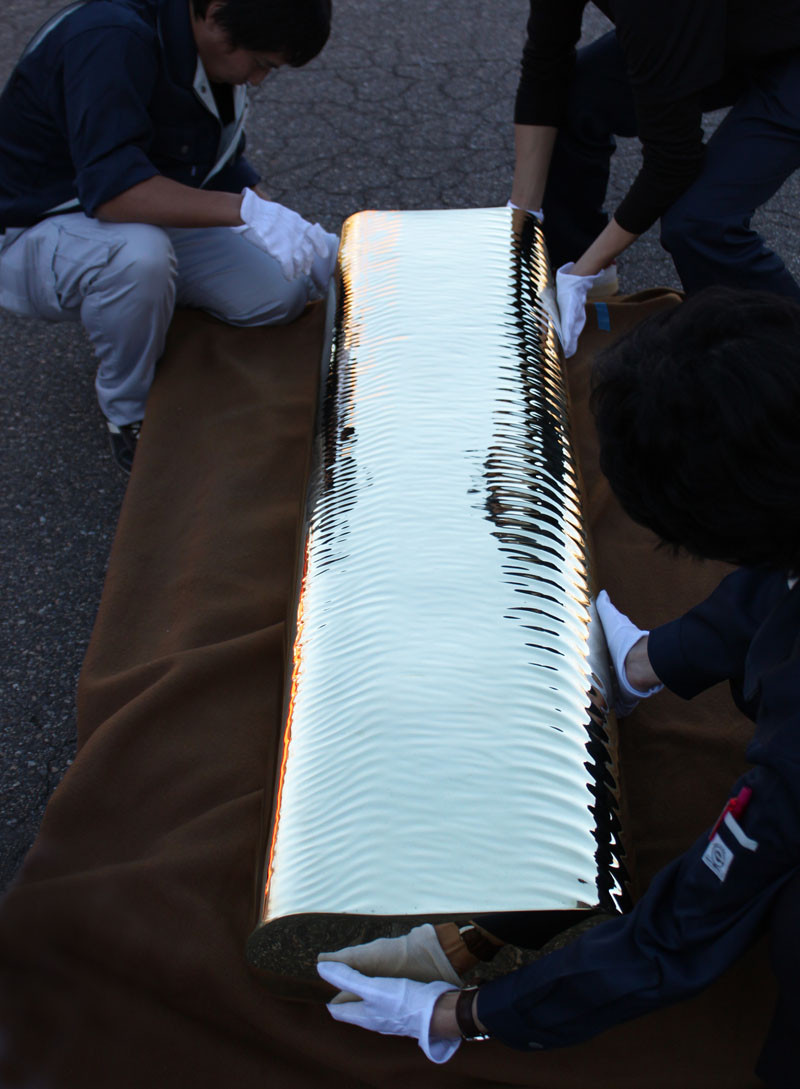 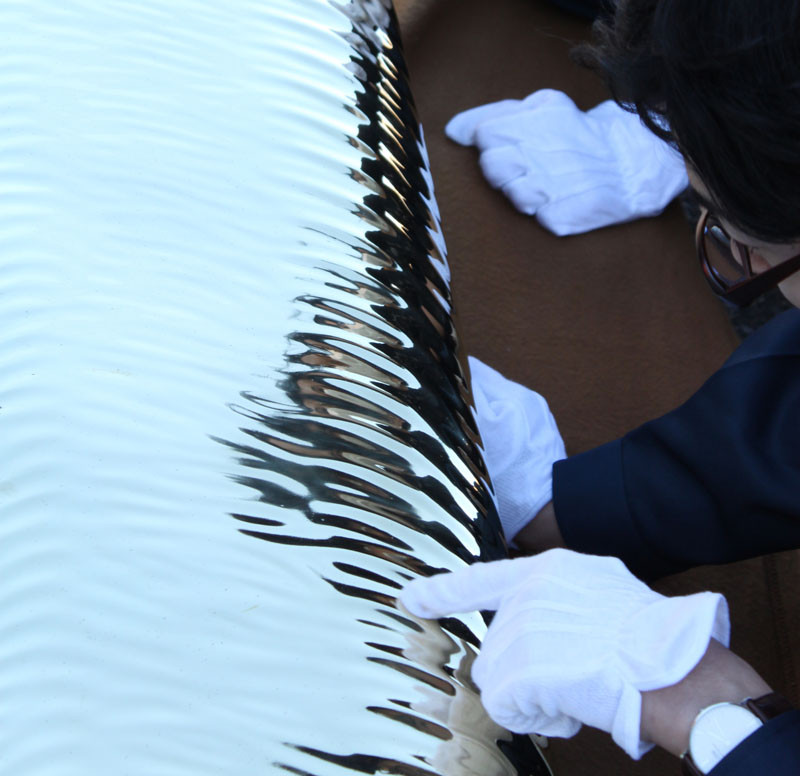 And the end result, a golden shimmering bench covered in ripples. 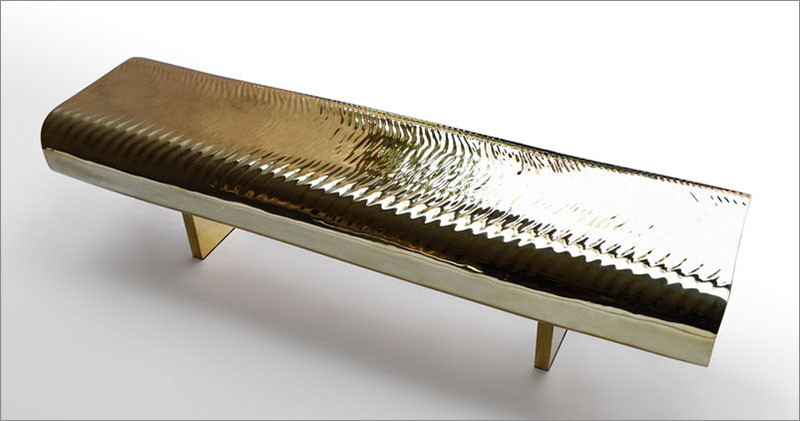