With the 2014 World Design Capital coming to a close, SAOTA Architects, Antoni Associates and OKHA Interiors and Design weren’t ready to say goodbye just yet, so they wrapped their building in bold yellow graphics, including an overlaid map of Cape Town, South Africa and the saying “Under This African Sun”. 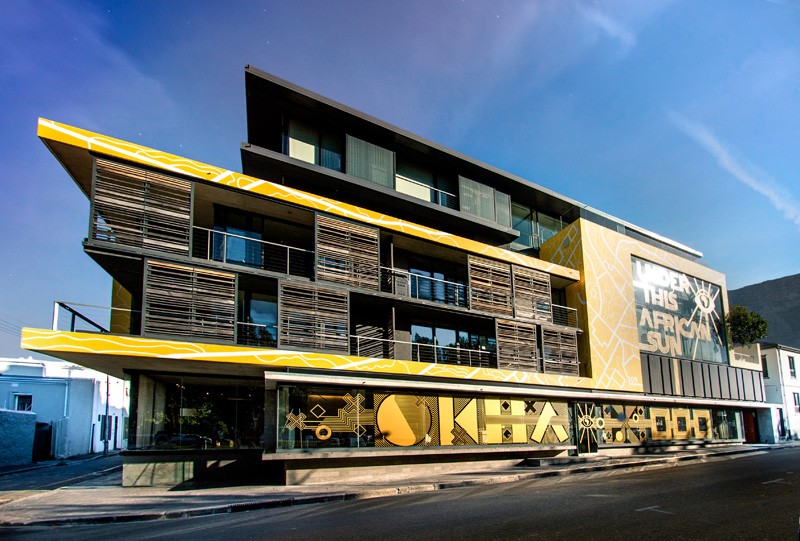 109 Hatfield Street is situated in Gardens near the vibrant City Bowl in Cape Town, South Africa, and is surrounded by iconic landmarks like Table Mountain, Lions Head and Parliament.

We were an active participant in the World Design Capital 2014 as Cape Town thrived on showcasing both emerging and established creatives. Our building became a part of this international initiative as we celebrated being the host city in multiple ways. 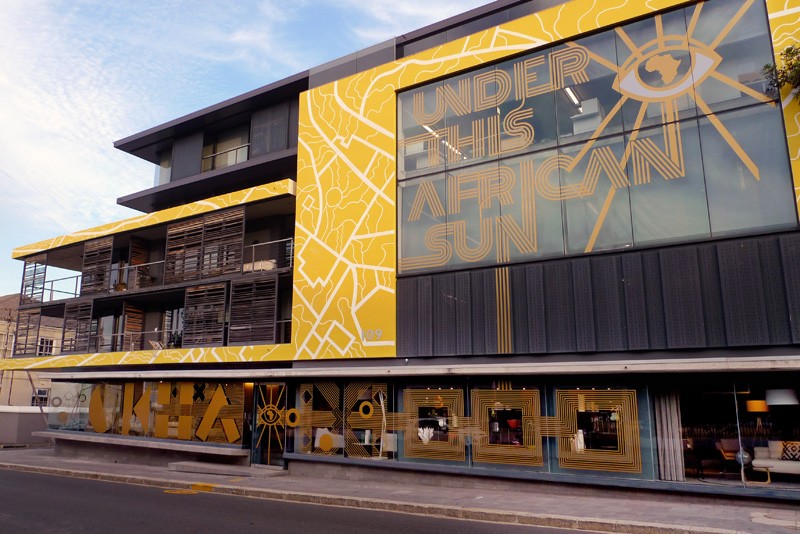 When we became a registered WDC project, we knew we wanted to showcase our involvement and support in a unique and memorable way. We painted our building the iconic yellow of the WDC branding, detailed with an overlay of an abstract map of Cape Town to emphasize that the city streets would be the pulse of the industry. 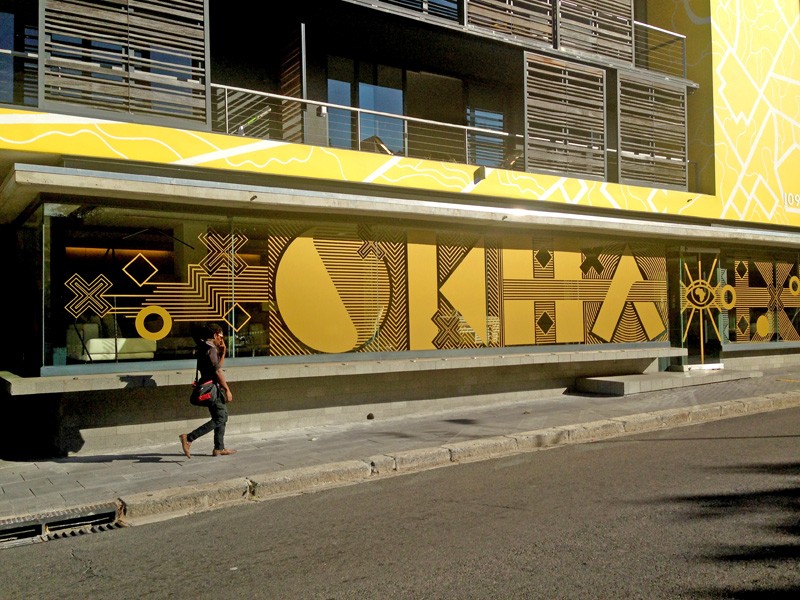 We wanted to allow the stakeholders of the city to be as involved in the festivities as the design elite, which lead us to the main concept for our WDC project: The Street Museum of Design. Using over 20 digital screens facing out on to the streets from 109 Hatfield, we exhibited the work of local artists: from puppetry, graffiti, ceramics to fashion. These screens ran 24/7 and were freely accessible to the public. 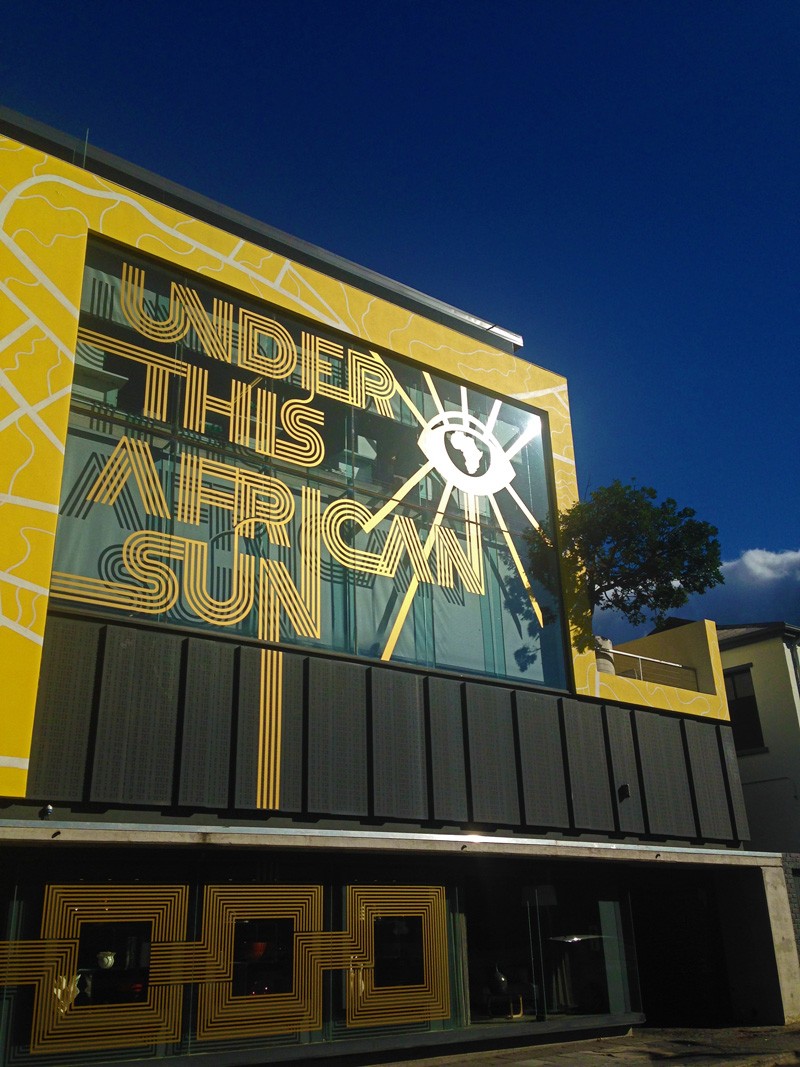 With the 2014 World Design Capital coming to a close, we needed to update the old design and come up with something that aligned with the Summer season. We weren’t ready to say goodbye to our cheerful yellow building so we needed iconography that both stood out from and complemented the paintwork; festive but not cliché, bold but tasteful. 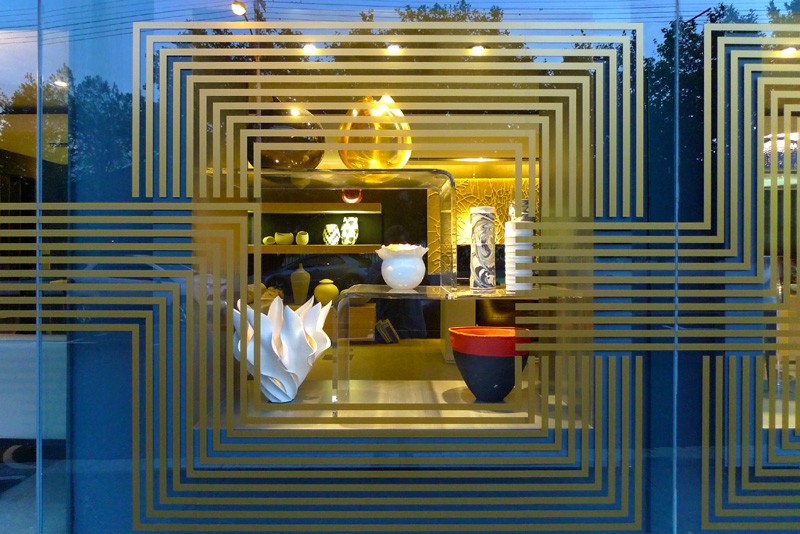 We also wanted to say “We are here – This is Africa!” The line; Under This African Sun, was chosen as we felt it embodied our roots and our base. It is also a nod to our continent which is constantly growing and bursting with new opportunities.

The yellow building on Hatfield has become a landmark – and the gold reflecting the bright energy from the sun, exemplifies the energy that resonates from within.

The space is occupied by SAOTA Architects, Antoni Associates – Interior Design and OKHA Interiors and Design. 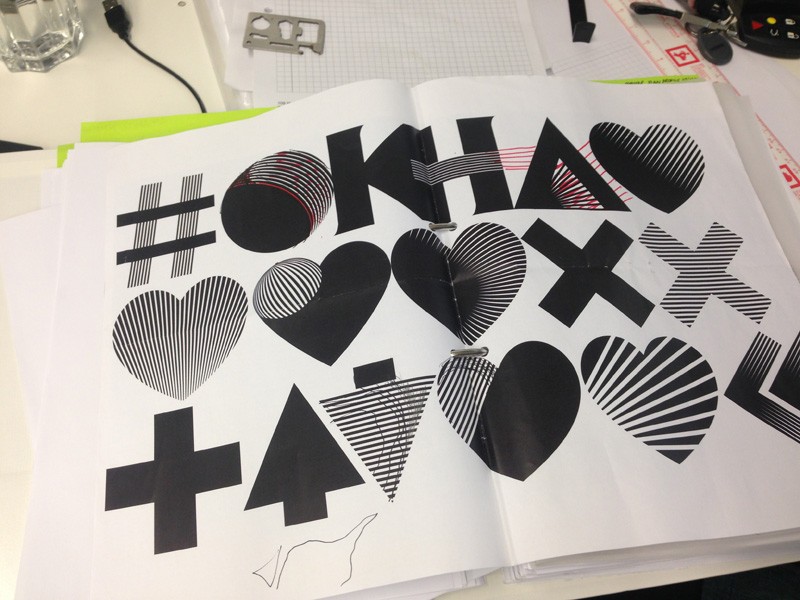