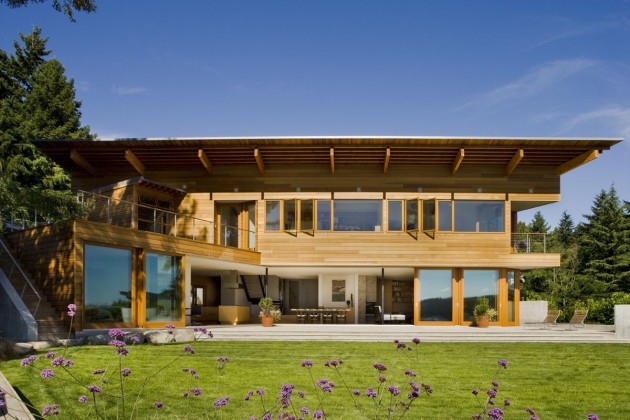 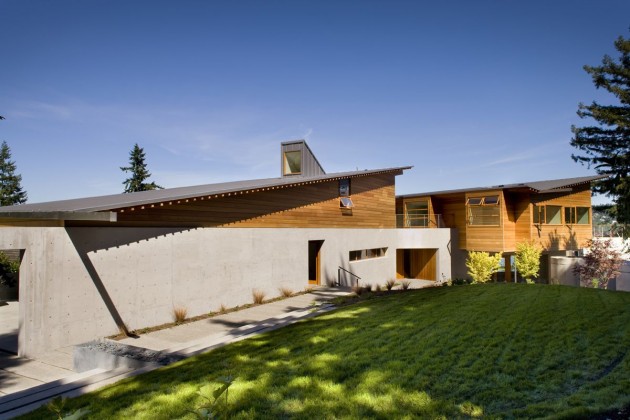 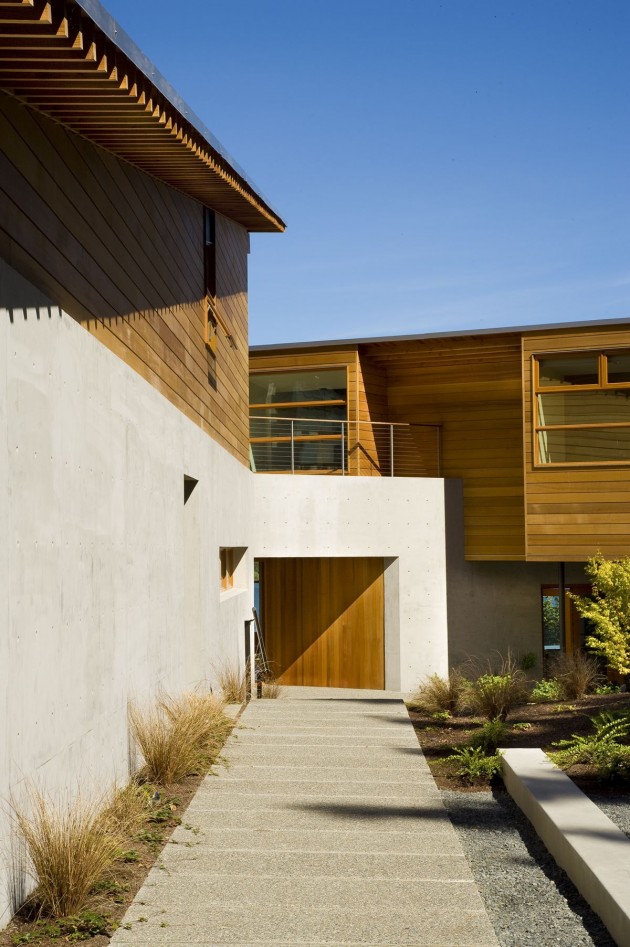 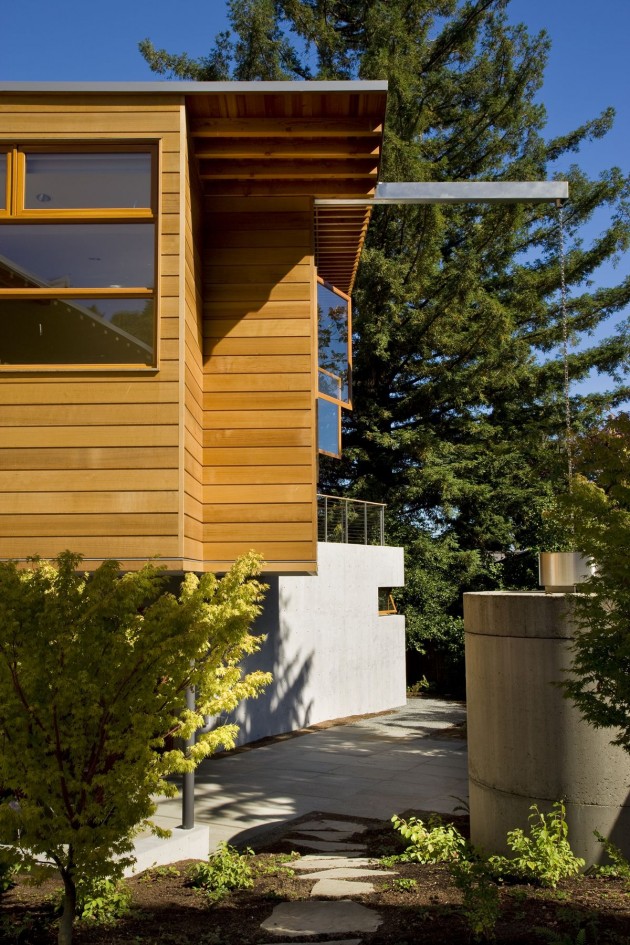 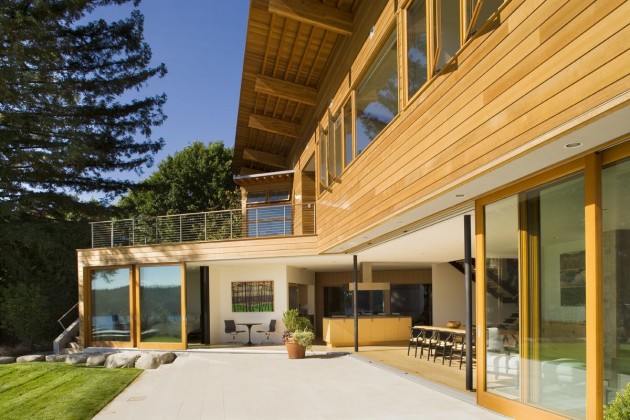 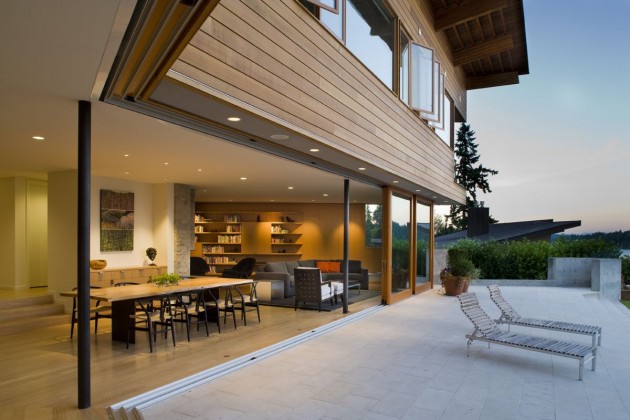 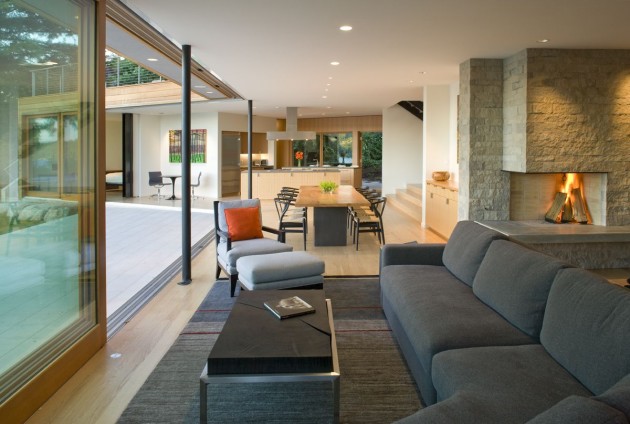 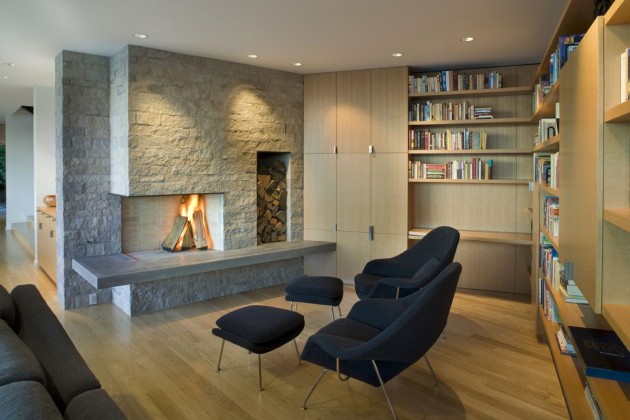 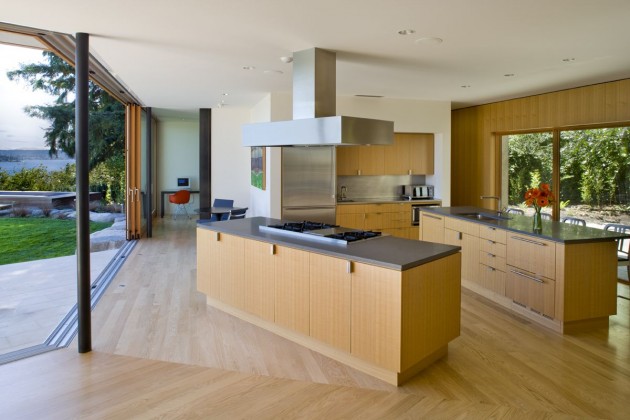 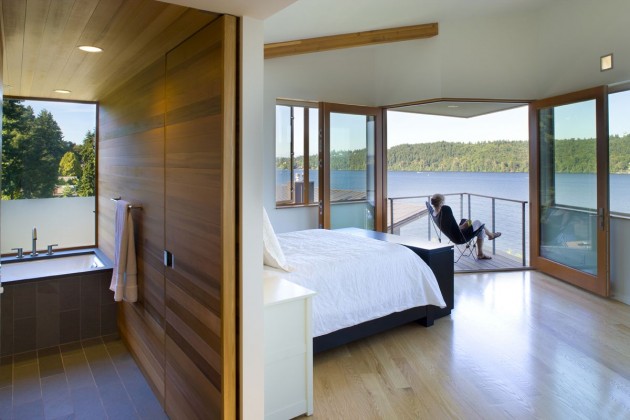 The Cedar Park responds directly to the predicament posed by the site – that its most desirable location is also its most fragile. It takes advantage of the prospect afforded by a steep site, while at the same time strengthening the fragile slope, collecting the water that threatens to de-stabilize it and minimizing the energy required to do so. The building is formed by the interaction of site-cast concrete walls and water-collecting roofs. At the same time the transparency of the house creates a seamless spatial experience, connecting inside and out.

Two concrete walls mark the site and define its major exterior and interior spaces. The first follows the long northern boundary, cupping at the end to form an outdoor hearth. The second parallels the first, until it bends in the middle and angles to the southeast. Together they form a Y that opens to the east. The walls become a datum against which the slope of the site is measured, growing to eleven feet tall at the entry portal.

The steep slope is subject to erosion and landslides, particularly when it becomes saturated with water. For this reason all of the water from the roofs is collected and conveyed uphill to the street. Two distinct roof shapes reflect different strategies for collecting the water. The western roof conveys rainwater far enough up site to allow it to drain naturally to the street. The eastern roof takes the form of an inverted gable that collects the water and deposits it into three above ground cisterns. The cisterns store water for flushing toilets, doing laundry and watering the gardens.

The solidity of the exterior stands in sharp contrast to the openness of the interior. The chevron-shaped living space is open to the terrace and lawn. The 7 1/2-foot wide doors to the terrace can be slid in either direction. The two arms of the house form the edges of a lawn that extends from the living room to the edge of the bluff overlooking Lake Washington.