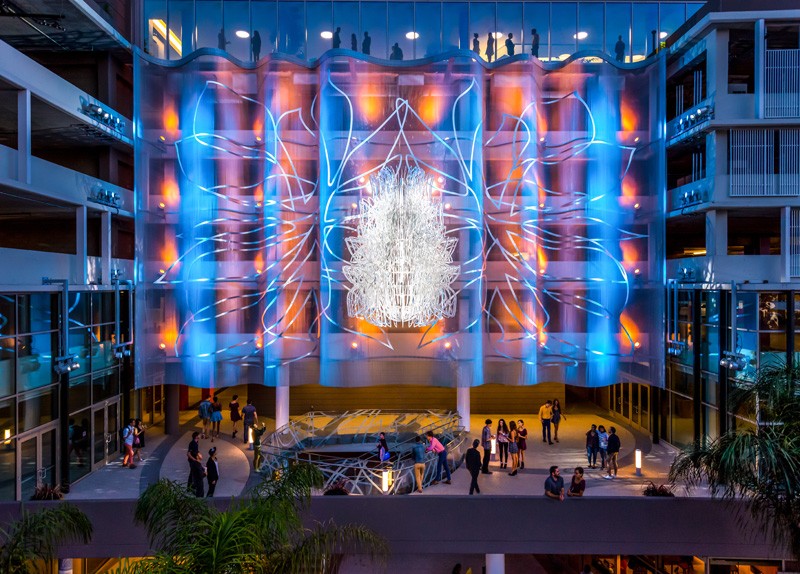 Los Angeles Opens Its Heart of Compassion is a stunning sculpture in both its scale and urban vision. There is no one Los Angeles, but there are many places within the City blending together and always changing. 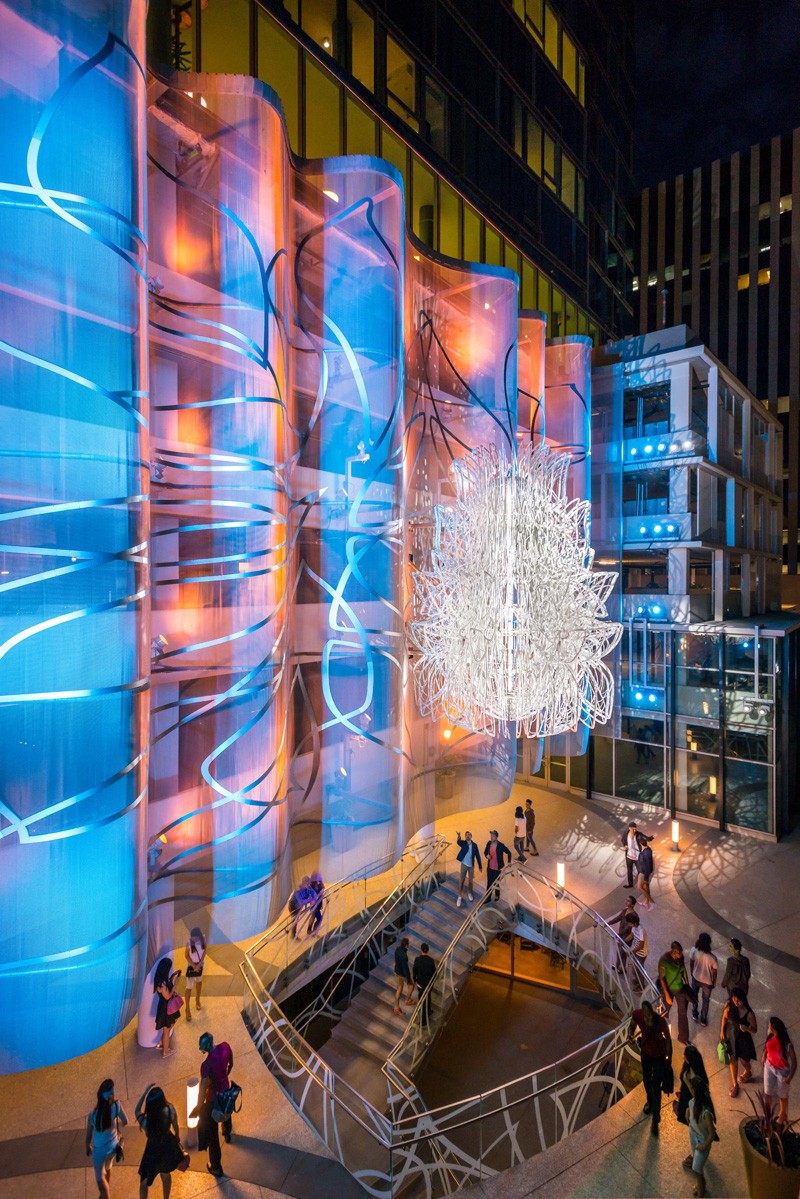 Far from the celebrity rush and the entertainment economy, it is a City comprised of millions of working people whose concerns are their homes and families. Many of these people are immigrants, second and third generation and newly arrived. 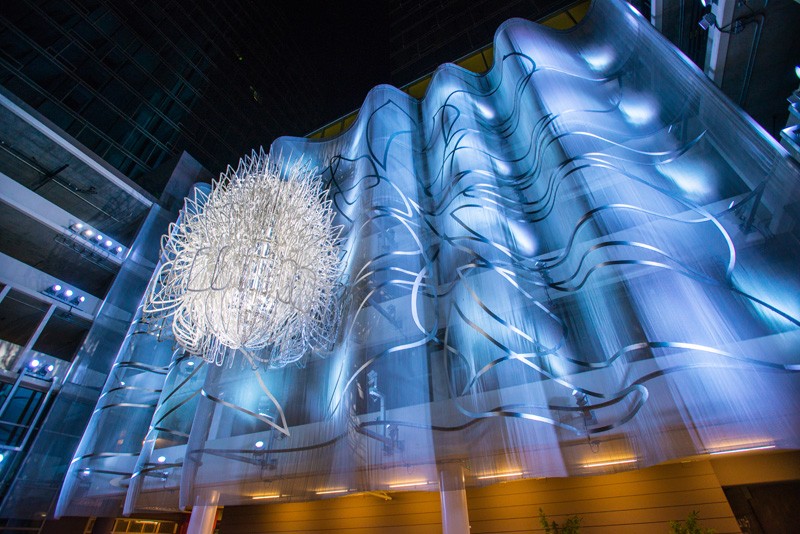 Los Angeles opens itself to hundreds of cultural enclaves where people from throughout the world make a new community and home in this U.S. City. If you want to know about the future of America you only need to look at Los Angeles. Cultures and races blend and culture is a better measure of identity than race. 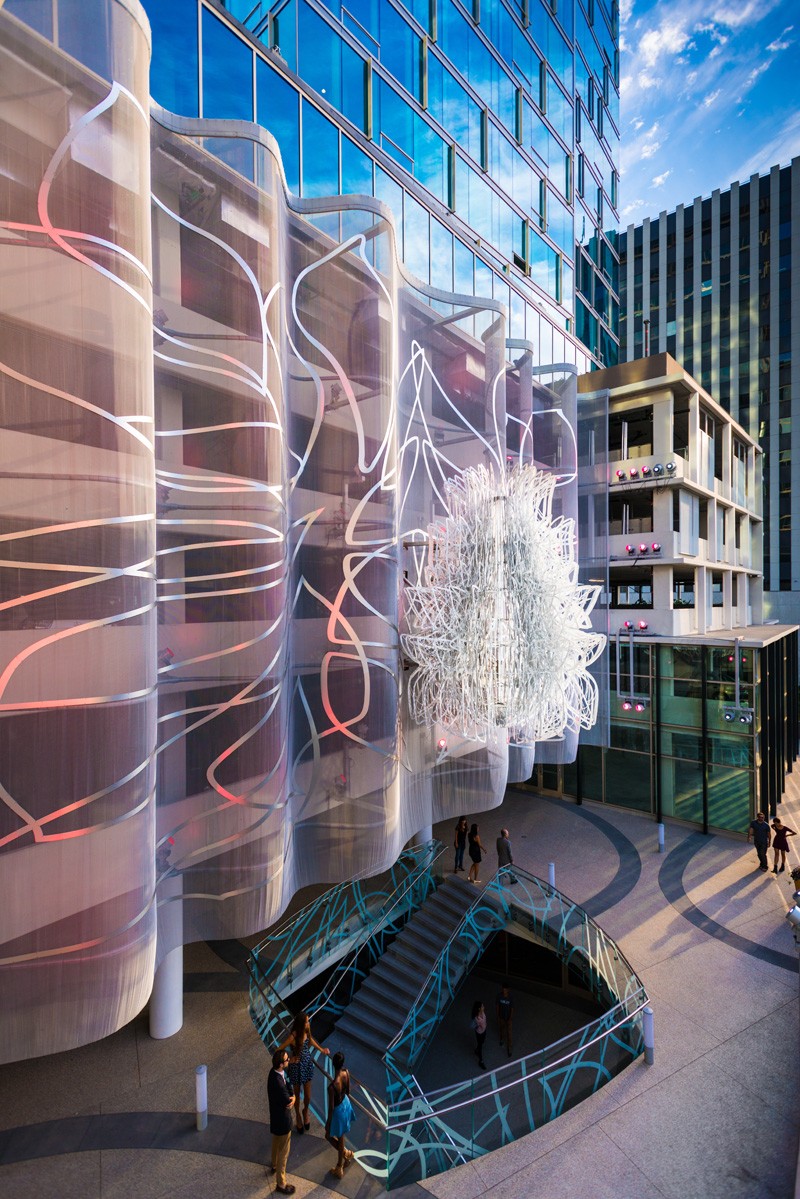 The material transparency of Los Angeles Opens Its Heart of Compassion and the registration of hundreds of colors on and through its surfaces approximate the shifting demographic of Los Angeles, where one place implodes upon another in a kind of urban kaleidoscope. 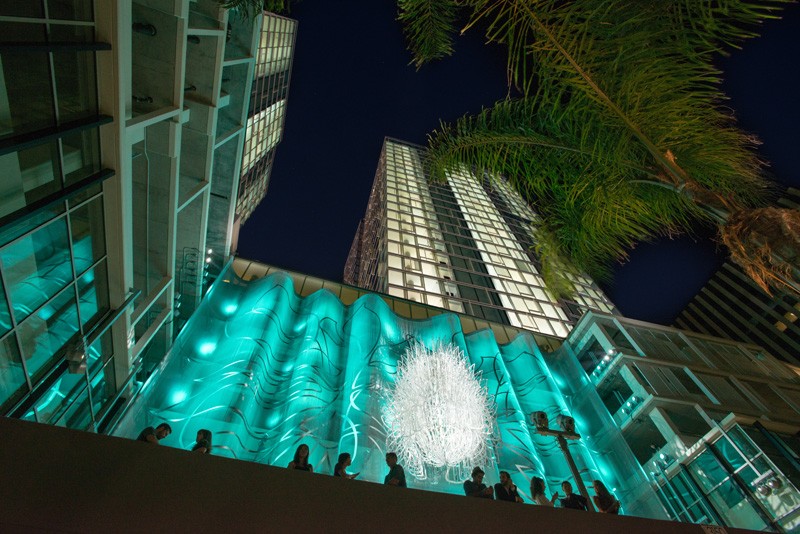 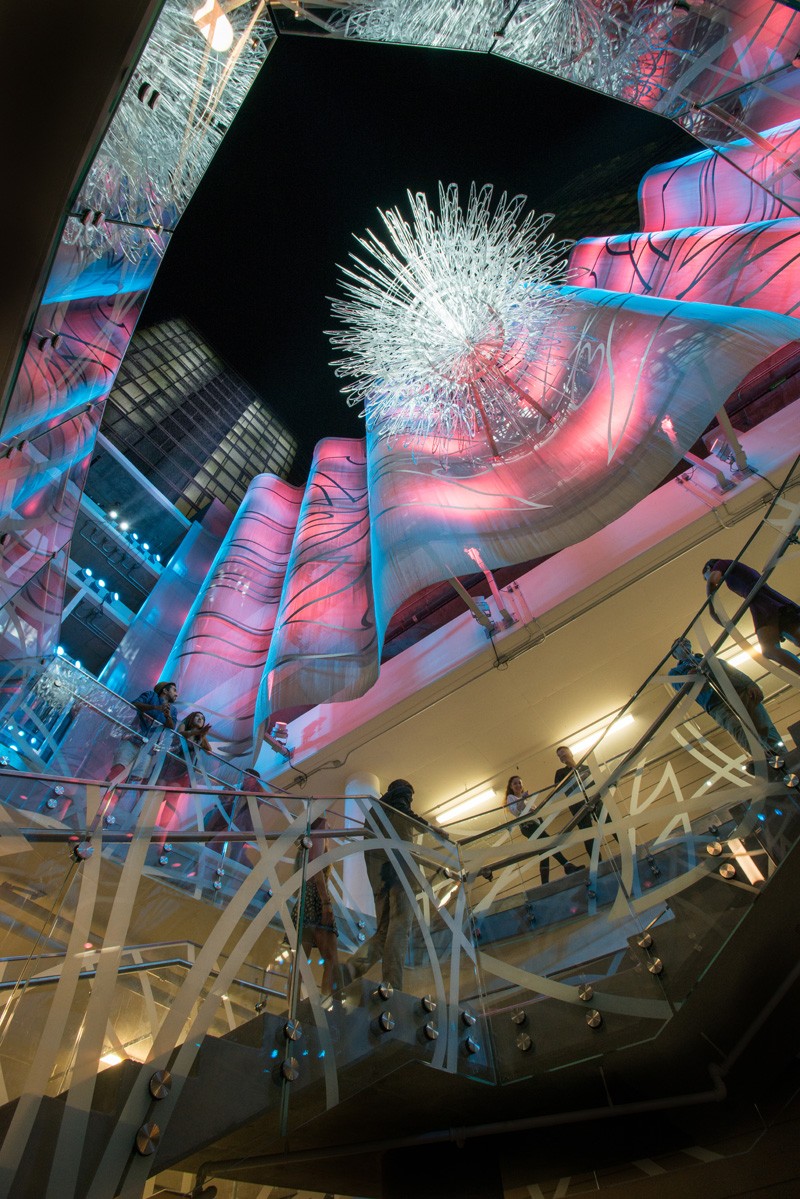 Los Angeles Opens Its Heart of Compassion is one part glitz and one part history, a nod to traditional culture and a composition of the new conditions created by bringing other sensibilities into a not so common condition of a very large façade that faces Wilshire Boulevard with no economic imperative. 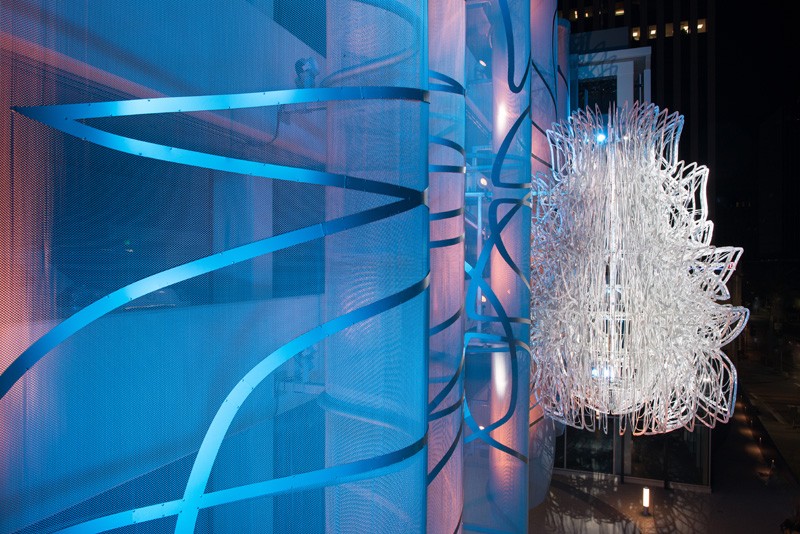 The delight and strangeness of the colliding traditional and contemporary images held within the sculpture are what attracts attention from the street. The sculpture like the City is opening to the possibility of its surroundings, embracing the pulse and people of the City. 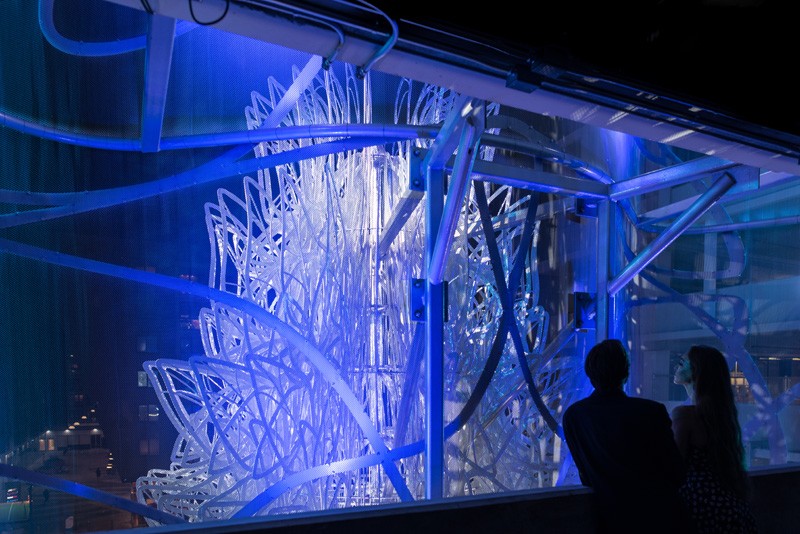