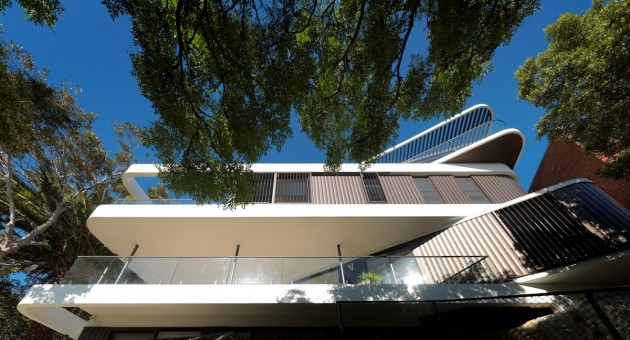 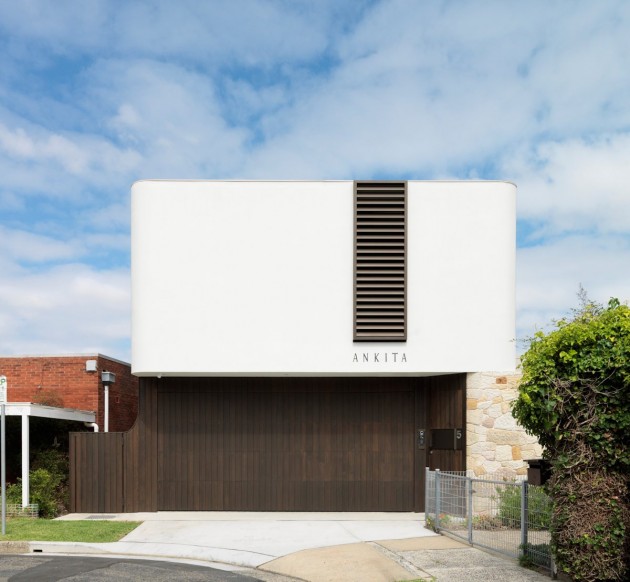 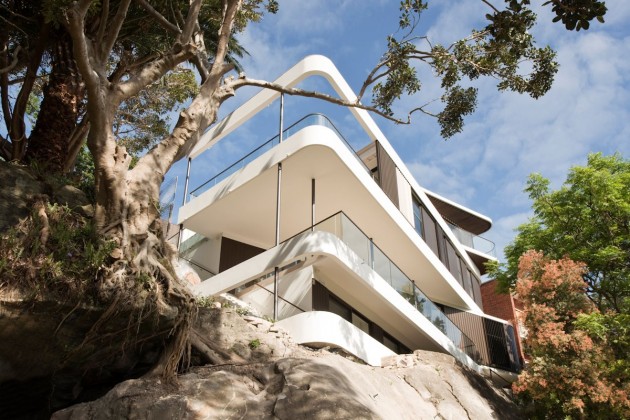 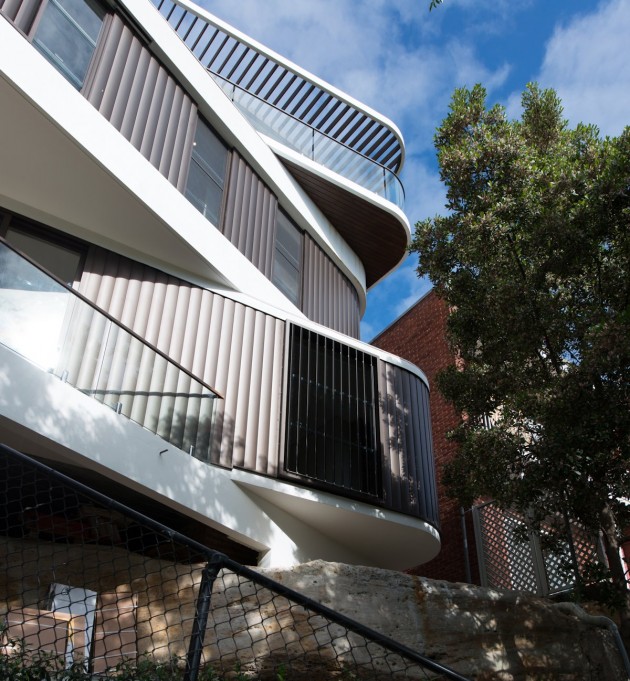 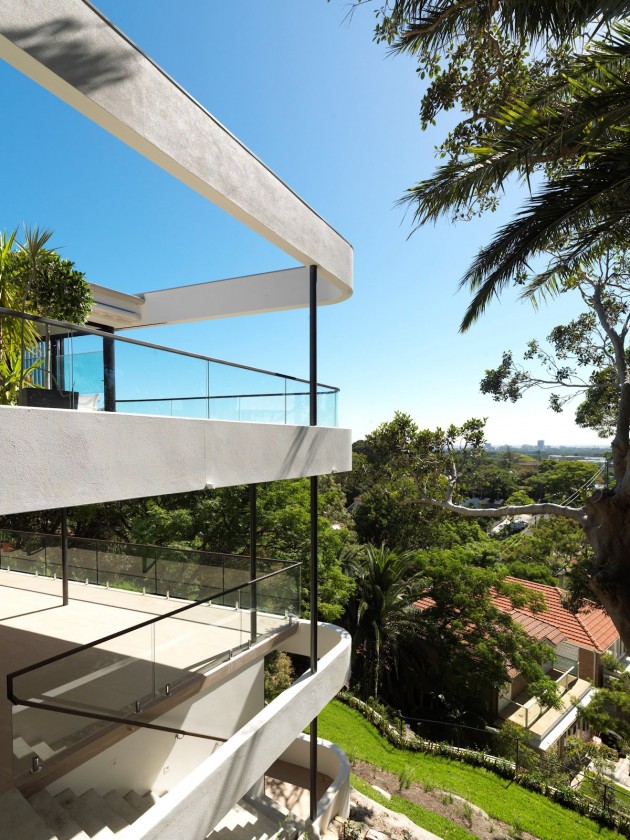 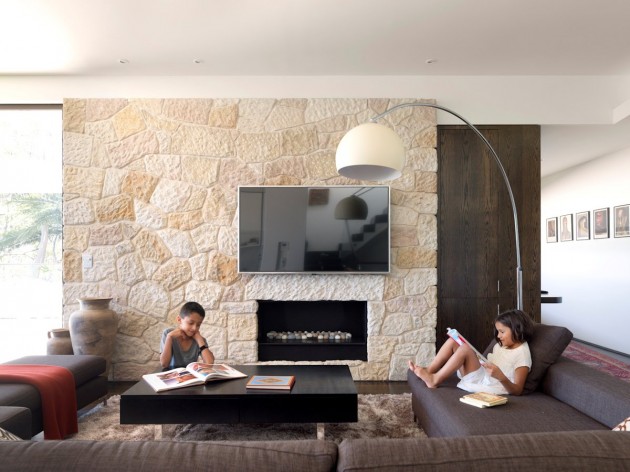 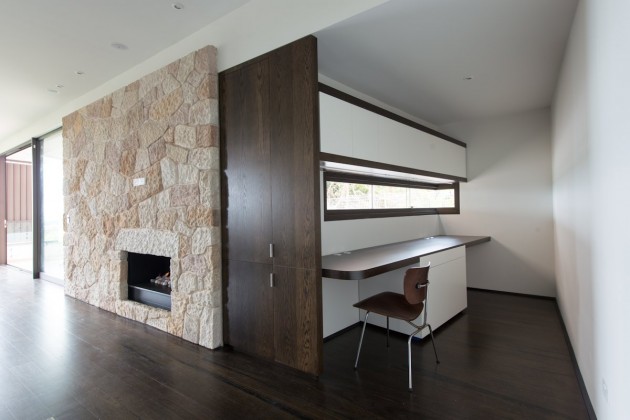 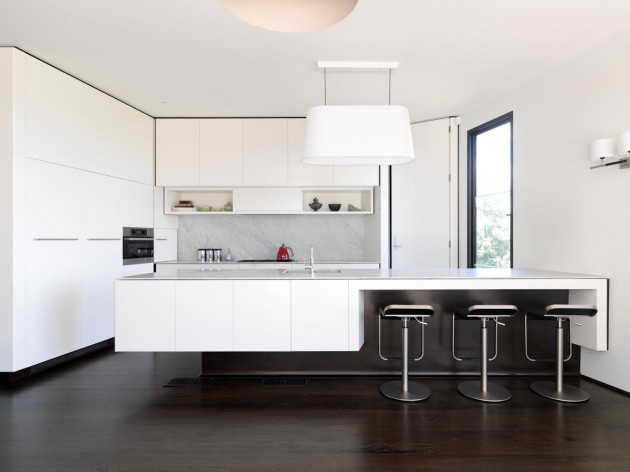 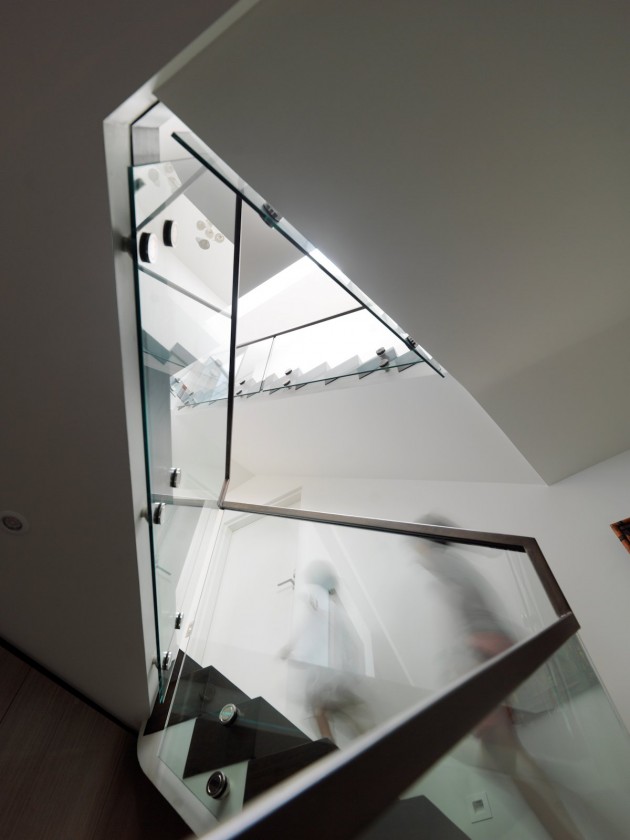 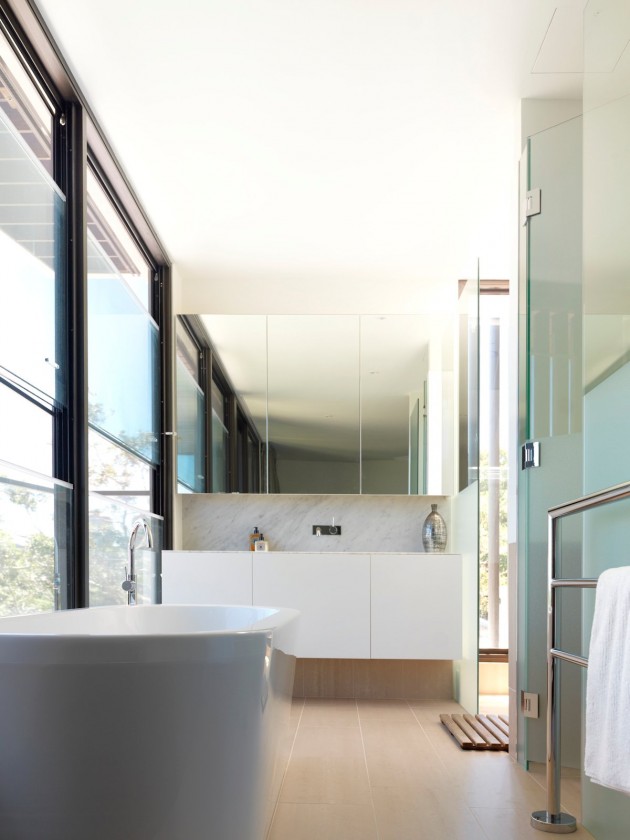 Perched on the top of a rock escarpment in Sydney’s Eastern Suburbs, overlooking Queens Park and Centennial Park, the cliff top house is an example of vertical living. Four storeys high, only to above the street and built to the front boundary, it was easily approved by Waverley Council because it was consistent with the unique topography, and Luigi Rosselli Architects demonstrated the positive impact to the public and neighbours.

The cliff top design has incorporated the outdoor space in the form of terraces and balconies, to make up for the inaccessible garden at the bottom of the cliff. The “scissoring” design took inspiration from the natural rock ledges one can find in this site and Sydney’s coastal landscapes.

The western elevation of the house has unique city and Blue Mountains views over the greenery of the gulley and adjoining parks. The balcony projections, louvres and shutters moderate the heat of the western orientation. All habitable rooms have an external sun protection. Vertical living, shading devices and good use of materials have delivered an air-conditioning free house.