Coy Yiontis Architects have designed a contemporary renovation and addition to an original Victorian home in Balaclava, Victoria, Australia. 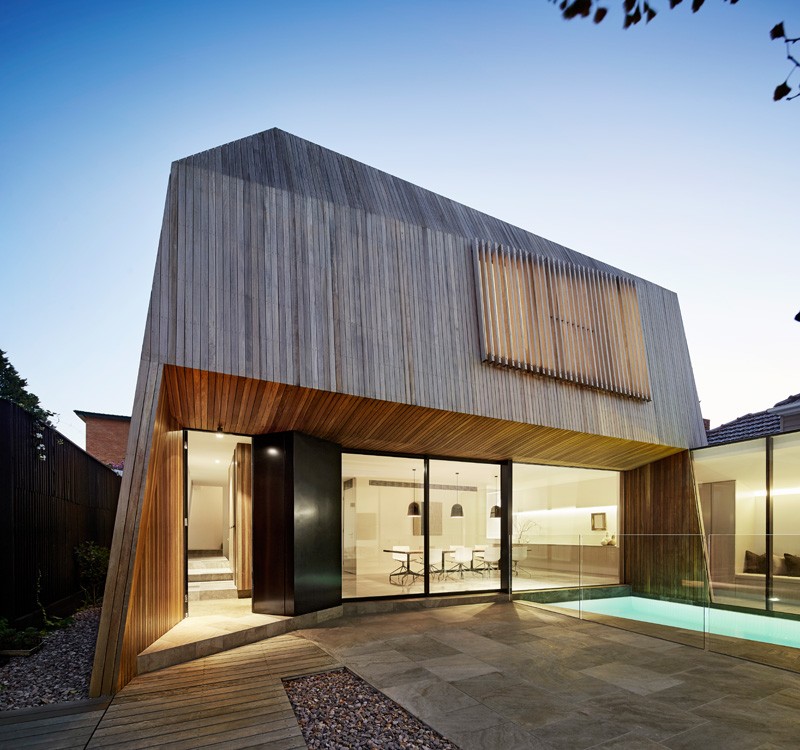 The renovation and addition to this partly 2 storey home was designed to accommodate an extended family of eight on a relatively modest site within a dense urban context. A bedroom for each of the four children, one for the parents and another possibly for grandparents, generous living spaces and a swimming pool were key to the brief. 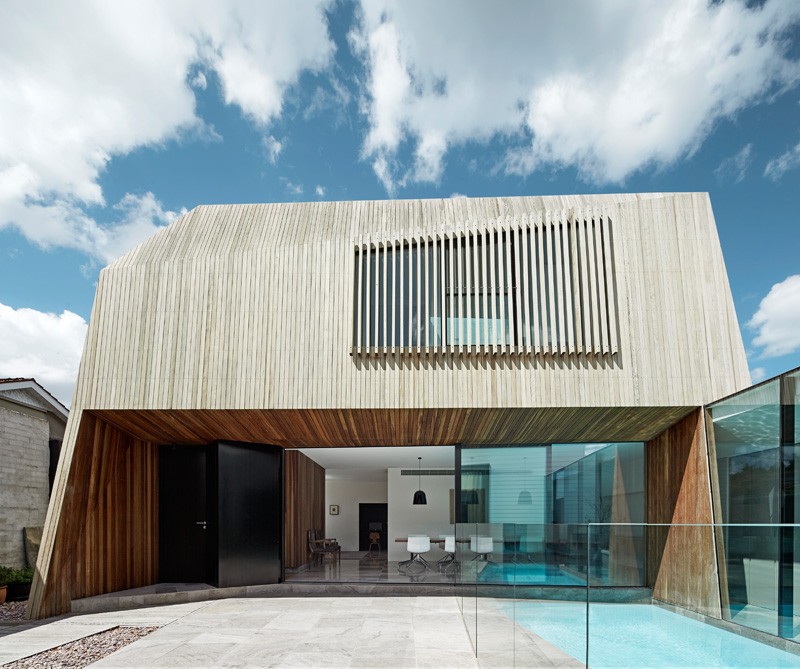 Situated in a relatively intact heritage streetscape in Balaclava the project required an approach that restored the street presence of the original Victorian weatherboard, badly disfigured over time and added the spaces required by the family. 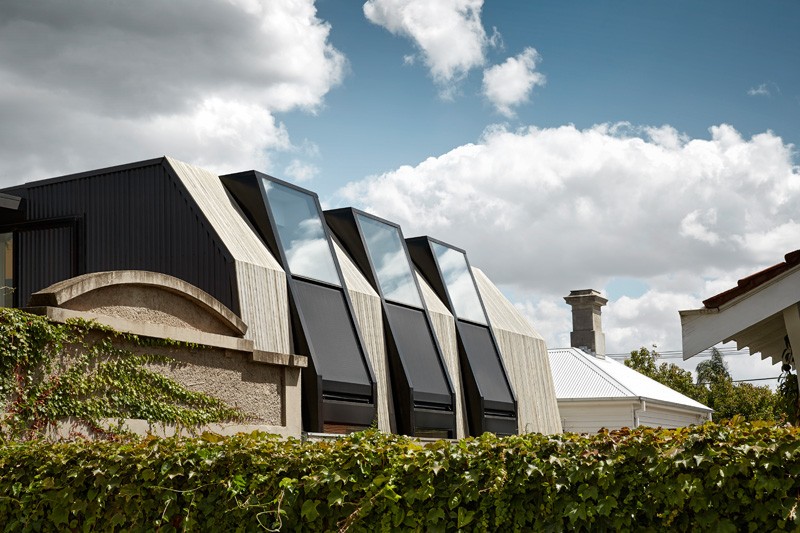 The strategy was to divide the house into two discreet buildings, old and new, separated by a large central courtyard and reconnected by a glazed link. The courtyard with its pool, gives the new building its northern aspect and is conceived as an extension of the communal spaces of the home which surround it on three sides. It also bestows the old building a formal autonomy. 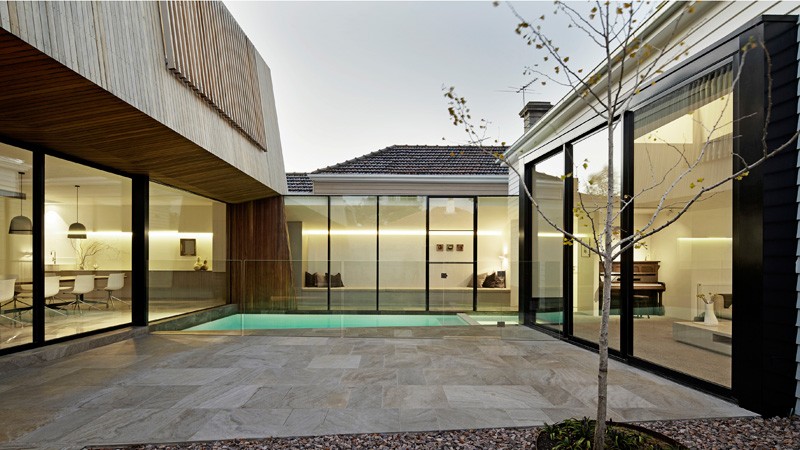 The original building fabric was stripped back to its salvageable elements and the footprint reduced to form a seemingly freestanding cottage at the front of the site. The exterior was then carefully restored to its original Victorian character. 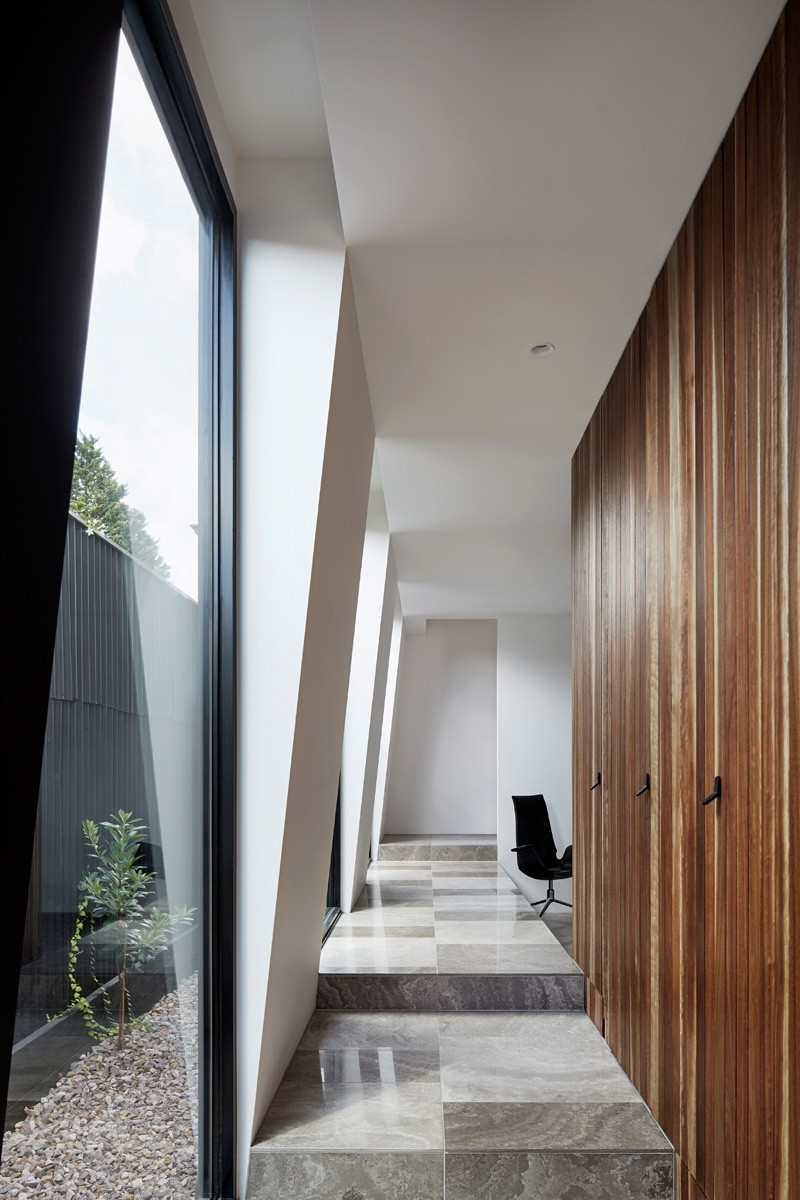 Internally spaces of the old house were reconfigured to become an office, library/living room and guest bedroom. The volume of the original structure was exploited in the new layout to create a grand living space. 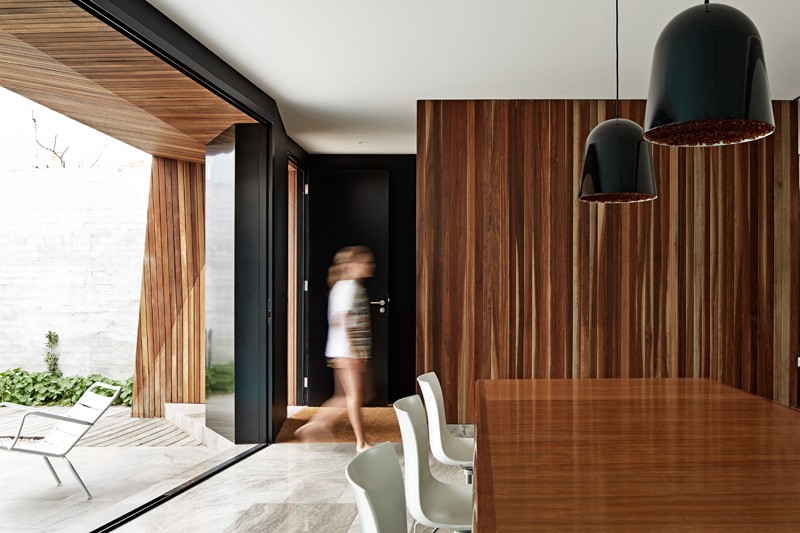 A new two storey timber clad building was constructed at the rear of the property facing the old cottage across the courtyard and pool. Its angular form, commenced as a response to planning constraints, evolved into a subtle geometry that shaped the envelope and influenced the plan of both buildings. 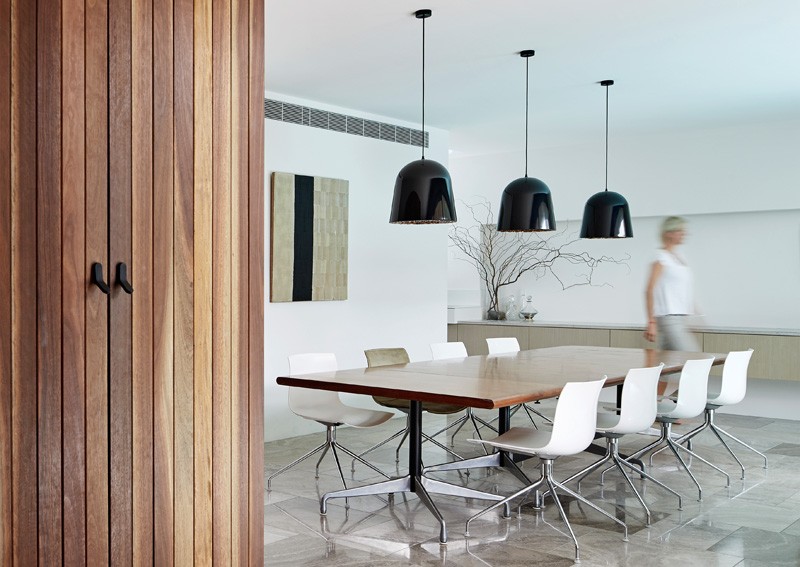 The family’s bedrooms are accommodated upstairs. At ground floor an irregular open plan of living space flows around large kernels of service space. A glazed link with built in daybed borders the pool exploiting the morning sun. 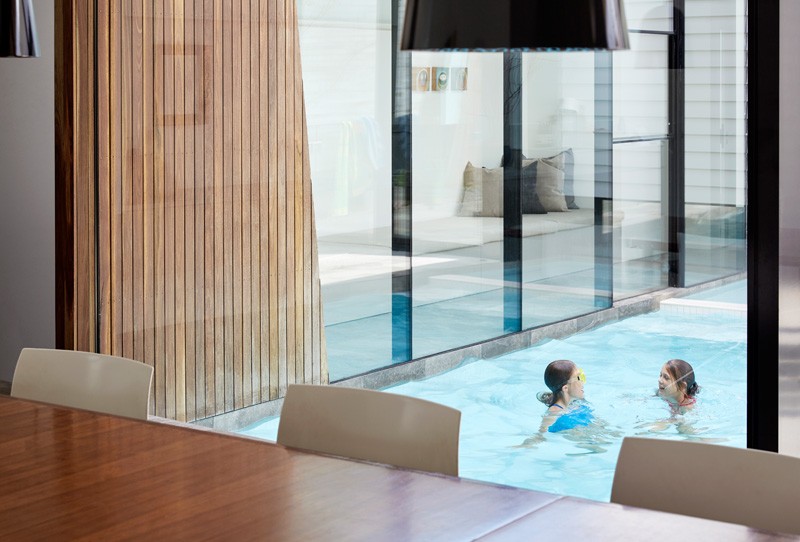 The original entry was eschewed for a new access sequence leading from the street, down the eastern side of the original house and into the central courtyard. At this point, one is embraced by the home. Full height glazing to three sides allows views into all parts of the ground floor. Entry to the home is via the solid “front” door into the new building. 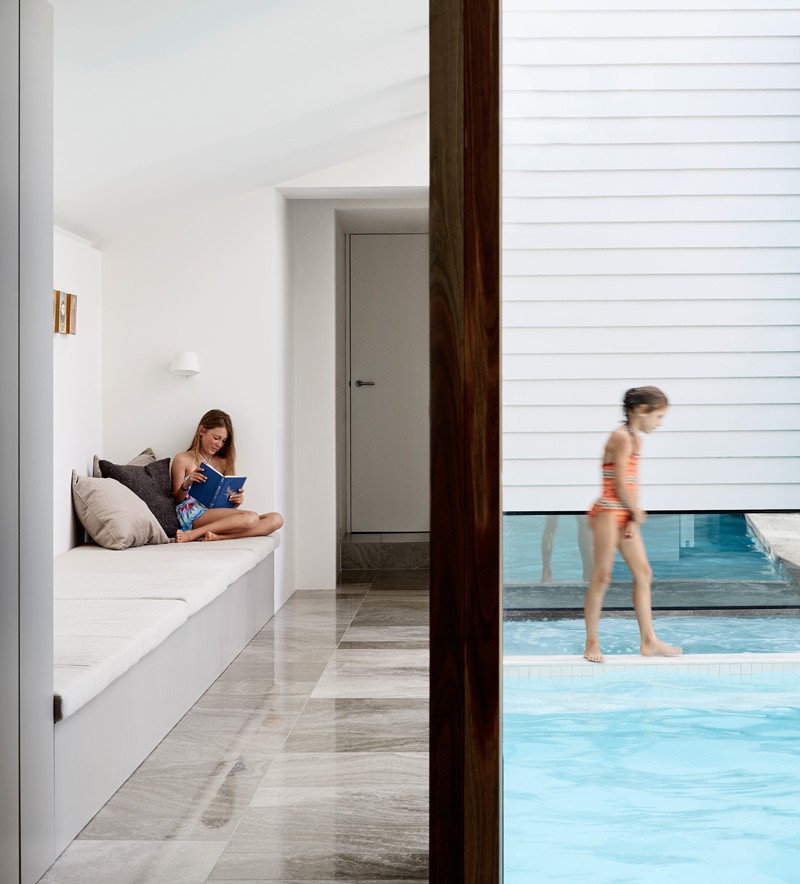 Should weather permit, glazed panels slide away to open the house out completely, integrating indoor and outdoor spaces. Travertine unifies the floor plane, internally and externally. Timber is celebrated in the beautifully crafted cladding and interior panelling. 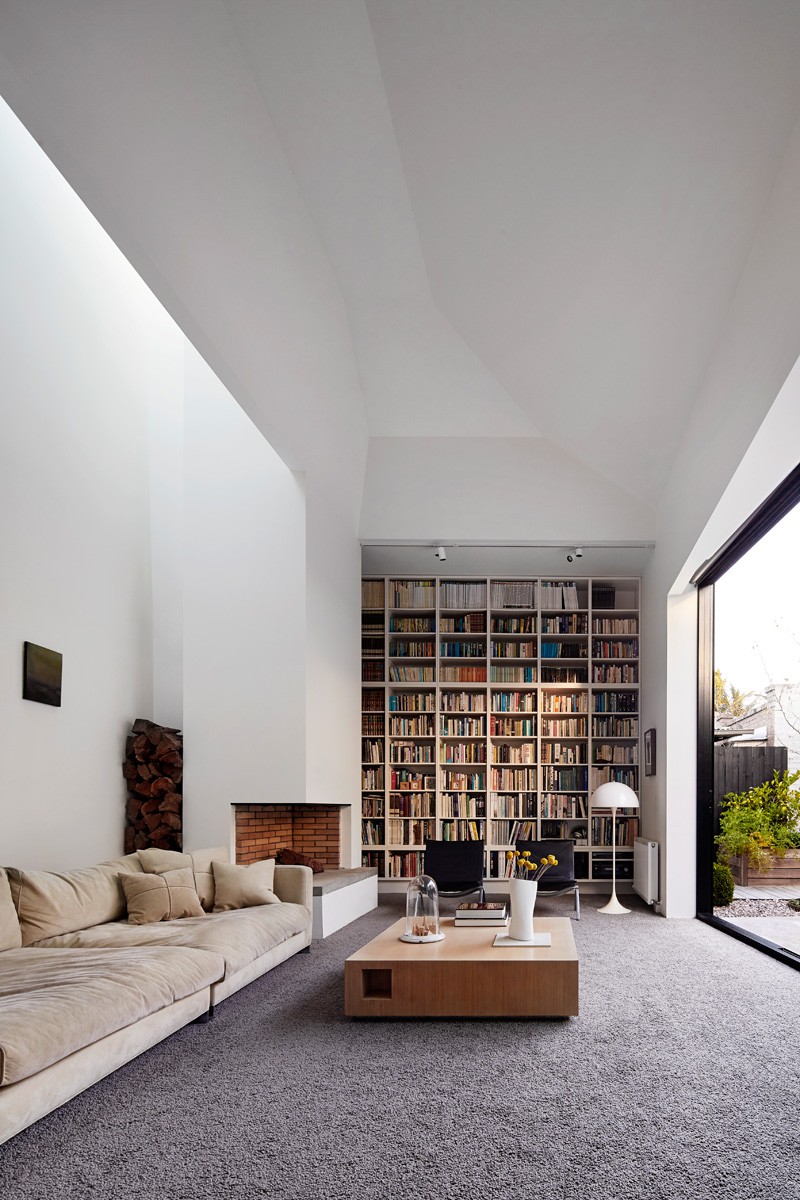 This is not a big house. Considered planning and the integration of indoor and outdoor achieve a generosity and variety of communal spaces for the family at odds with the actual size of the building. Private areas are restrained and humble. It is an urban home that functions successfully for a multi-generational family and its evolving needs. 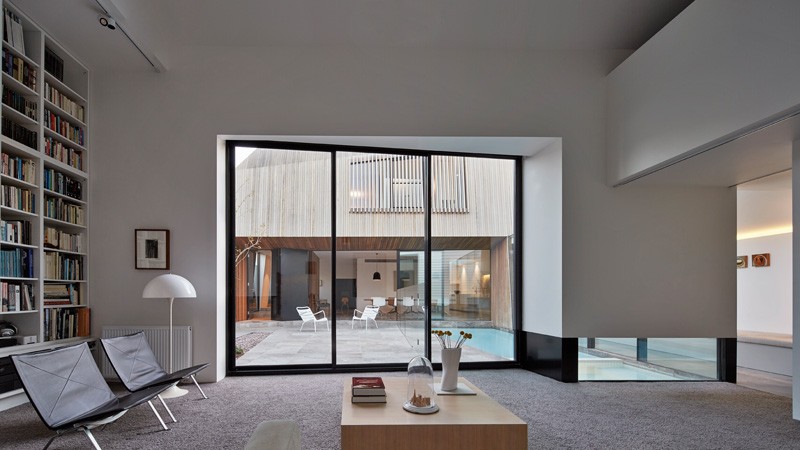 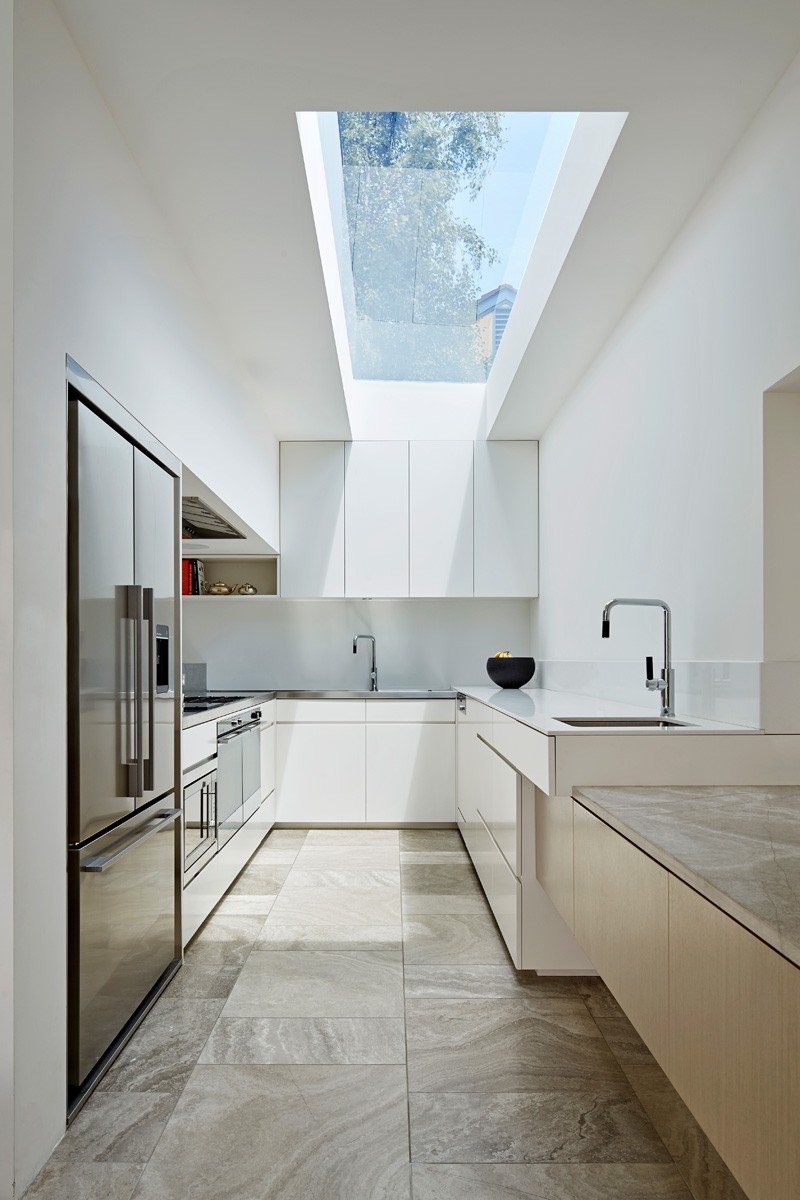 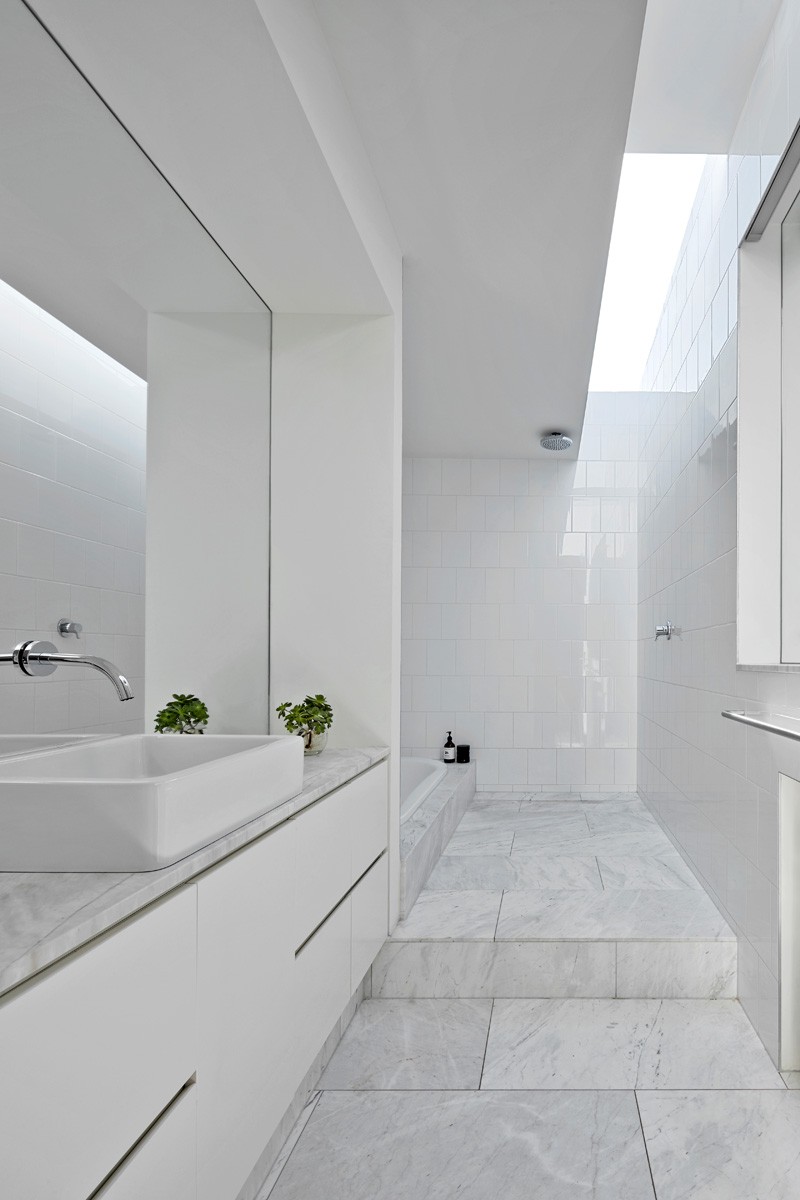