Design studio Astfrei has released their first concept CS1, a coffee table and side table made from Californian walnut, concrete and copper. 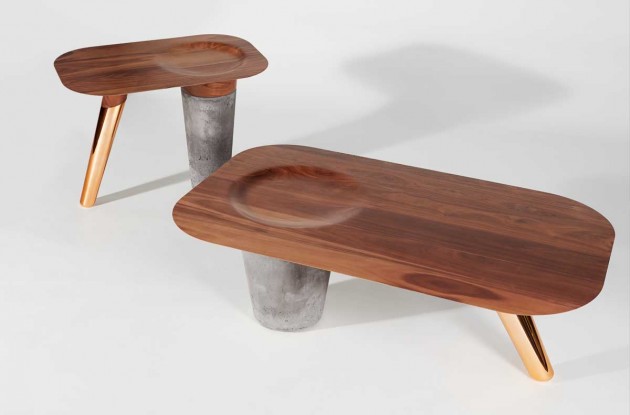 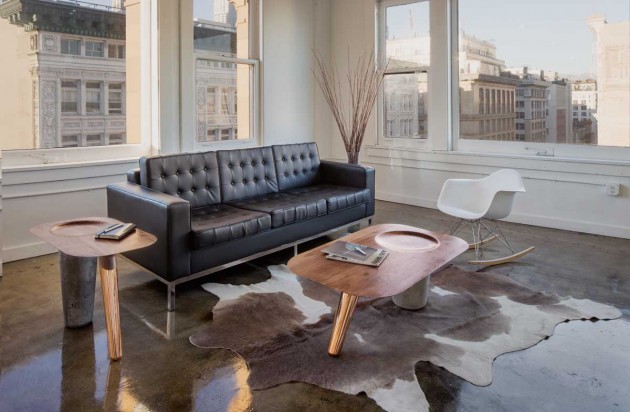 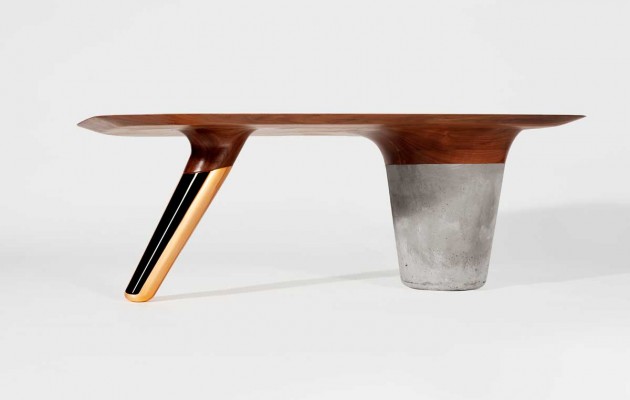 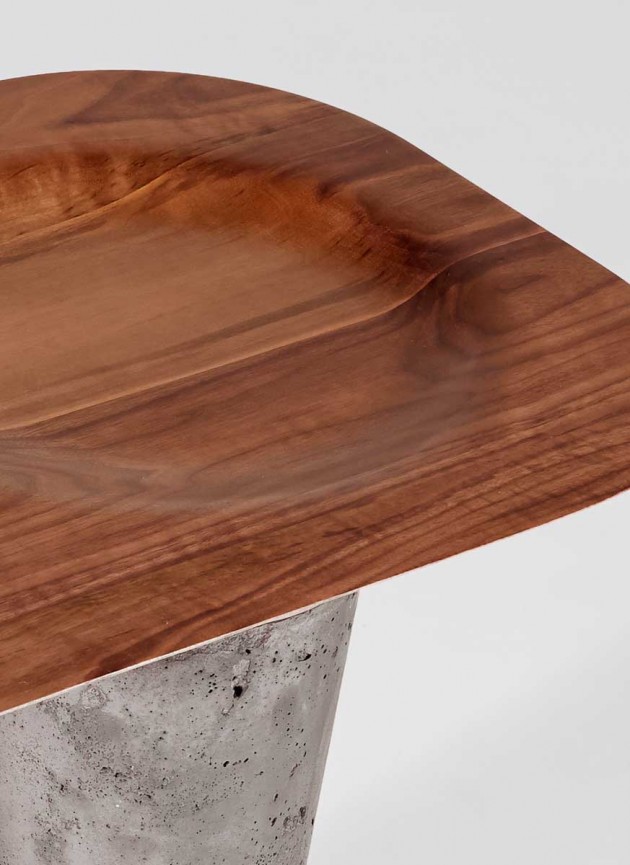 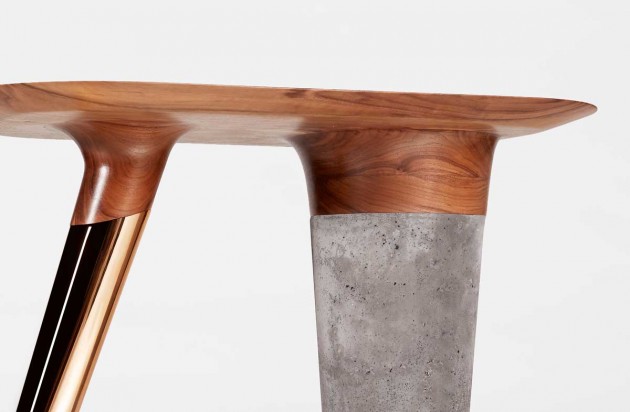 Astfrei, a collaboration inspired in California, manufactured in Switzerland, releases their first concept CS1. The concept, to be available next year, speaks a fluent form language with an emphasis on material exploration. Its interplay of California based walnut; concrete and copper creates a unique aesthetic appeal. CS1 consists of a coffee- and side table that creates a harmonious ensemble.

CS 1 was lead by the 24 years old Swiss Industrial Designer Mathias Hintermann. The award winning Designer, currently living in California, explains: “Through careful consideration of the overall appearance, the  concrete and copper legs transition effortless in to the walnut tabletop. Cold concrete contrasts the dark walnut, which fluently merges in to the warm appearance of the copper leg. The edges of both tables have thin edges that give a lightweight appearance to a sturdy construction. Additionally, the concave on top of the surface separates one into two functional surfaces.“ Astfrei designs all furniture outside its manufacturing facility in Switzerland. This interplay of foreign inspiration with Swiss manufacture creates a unique contemporary business model.