[mavarq] have designed a two-home complex located in the city of Tepeji del Rio, Hidalgo, a 45 minute drive from Mexico City. 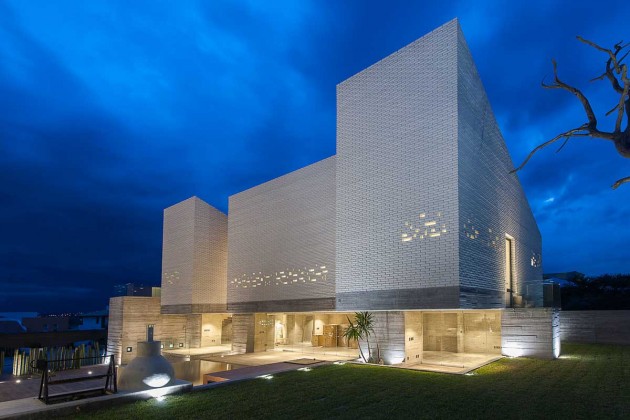 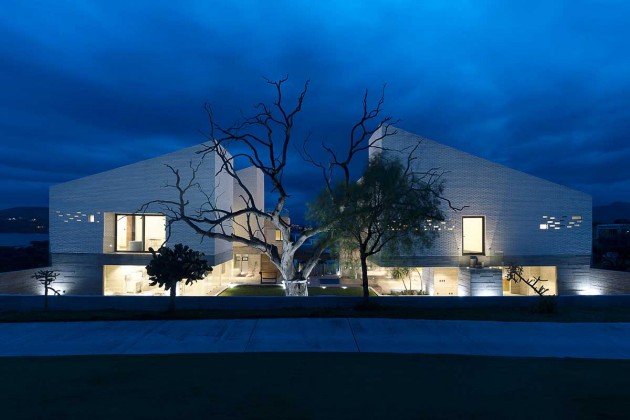 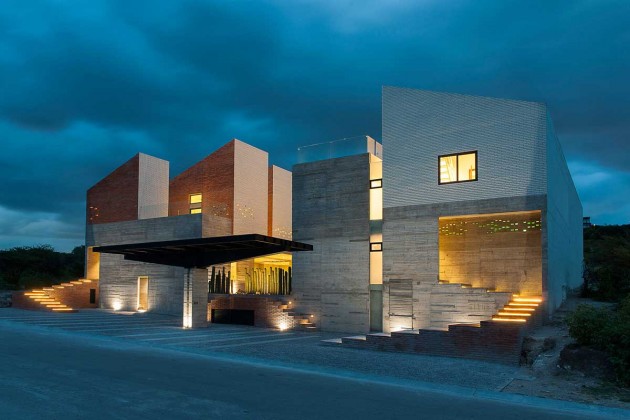 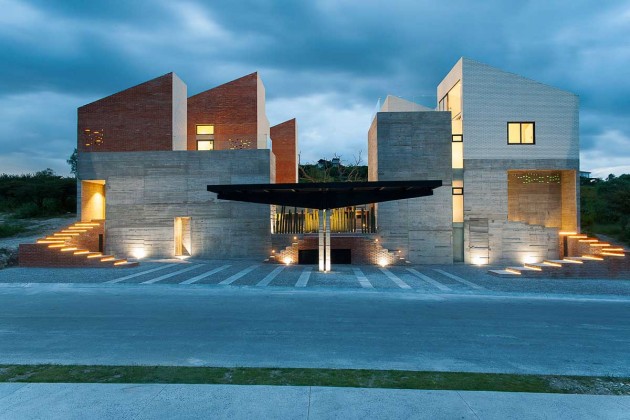 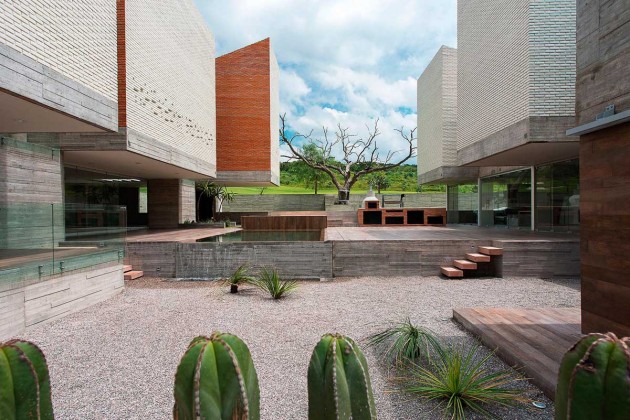 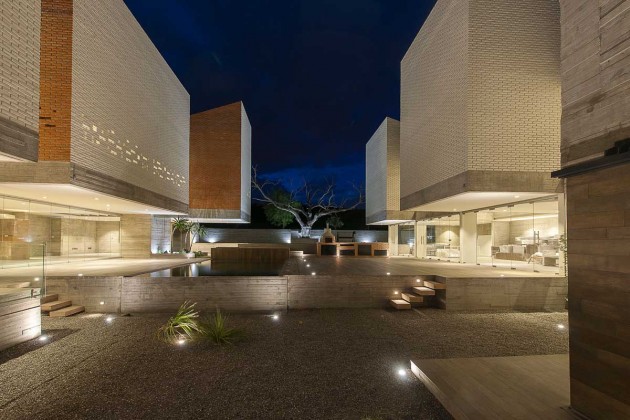 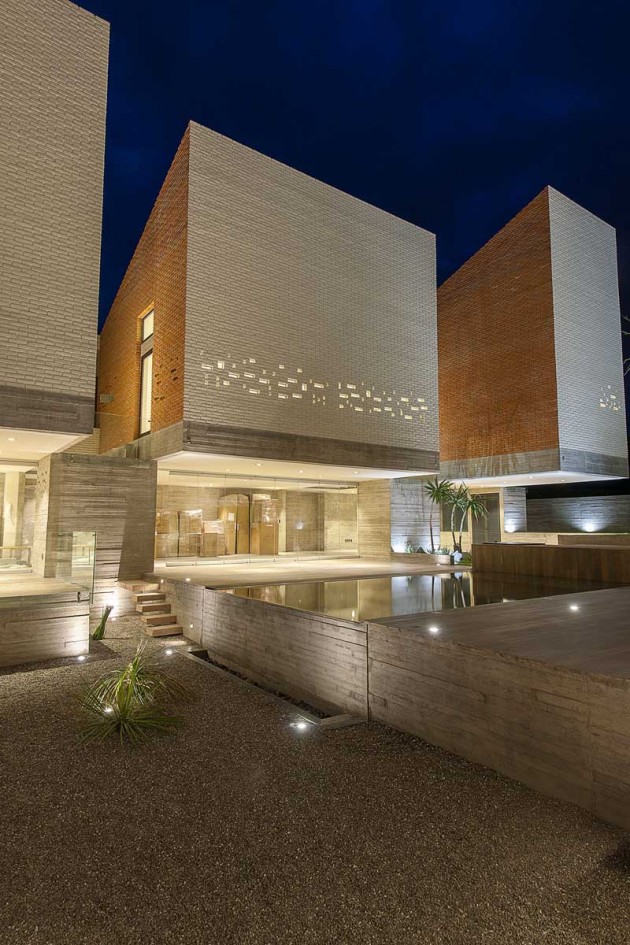 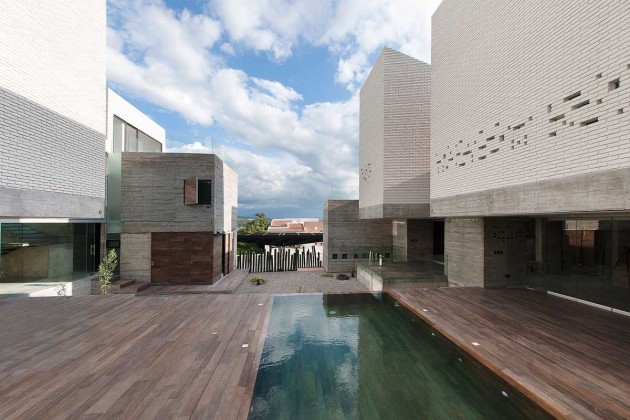 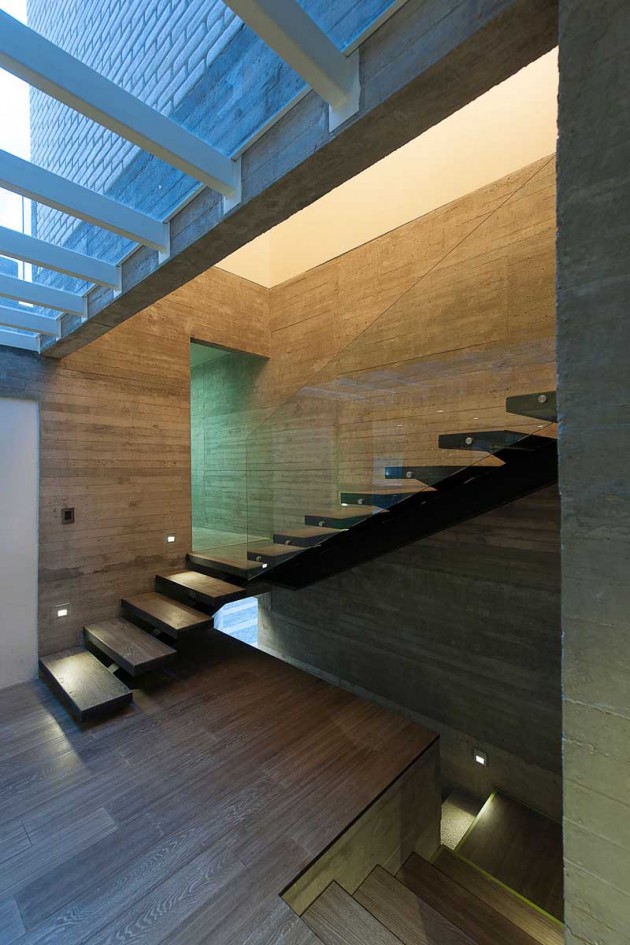 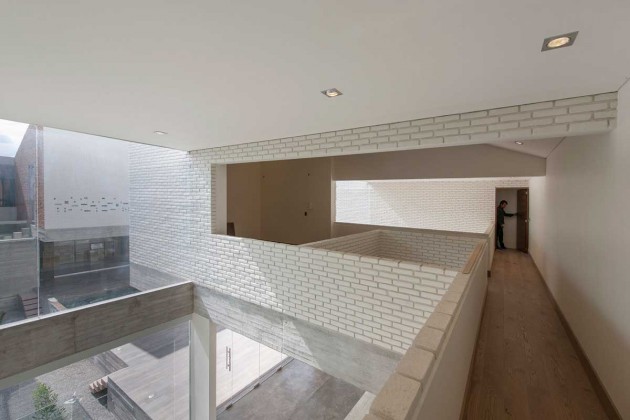 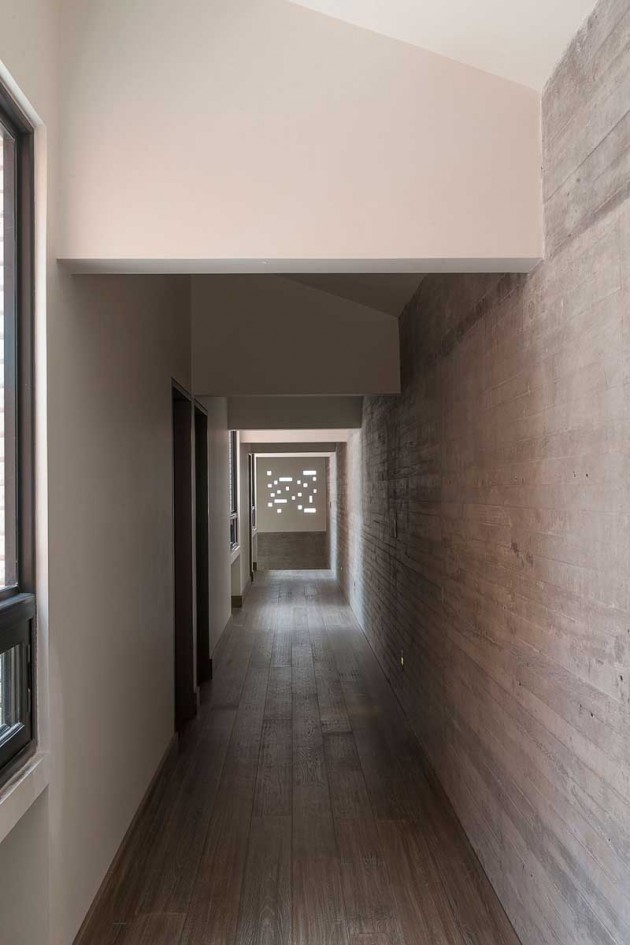 The Site: two adjacent plots of 14 mts. length by 36 mts. depth (504 mts.2) each, with the back facing North. The site has a continuous slant of 4 mts. from front to back.
The restrictions: The housing complex establishes restrictions of open space: 6 mts. to the front, which faces the lake; 7 mts. in the back (adjacent to the golf course); and 5 mts. alongside the lateral common border of both plots of land.

The requirements: DASA house required continuous open spaces, a complete physical and visual communication with exterior areas, a full room with independent access from the main home, and an upstairs entertainment area accessible and communicated from every other space in the home. The materials used were to be minimal and simple, thus the use of steel, concrete and glass were predominant.

DATRI house, on the other hand, required more spread out spaces and, different from neighboring DASA, that they be partitioned and differentiated from one another. It was important that the spatial experience of this home was such that space would be discovered as one moved from one space to another. In this case, there was an explicit demand for noticeable finishes to the interior that would mostly be covered by the use of simple materials.

The challenge: designing two weekend houses for two brothers with different tastes and requirements who shared an objective: common use of exterior areas where DASA house would contribute its terrace and grill, while DATRI house would share its pool and storage place as contributions to the synergy of the complex.

The proposal: the design of a two home complex.

Under this premise, the starting point was to consider sunlight, dominant wind patterns and topography as our main variables for the pragmatic use of the pool and terrace, which were to be located in the central part of both plots of land. Alongside these considerations, we chose as our volumetric model of reference the traditional country house with two-tiered water rooftop.
Once our variables were analyzed the decision was made to symmetrically split the initial volumetric scheme. Afterwards, each of the construction volumes were pushed to the opposing long ends of the plot in order to create a central common area.

As a result and in order to give a personality to each of the houses according to each of the brother’s tastes and requirements, we began to develop the architecture of each construction. Operations used for this were simple (subtracting, stretching, separating and dividing) and were helpful in conserving the initial scheme as much as possible the result of which, however, would define a unique volume and spatial experience.

The operations not only defined the interior spaces of the houses, but through their manipulation we sought to give form to the space between them: the common outdoor space. This was accomplished with the use of overhangs for second floors of both homes at the same time as taking advantage of the topography of the land by which four outdoor terraces were created to absorb and take advantage of the natural slant in the land. The first terrace is for the access level and garage; the second is dedicated to a contemplative desert garden; the third is at the level of construction of the houses. This common level is made up of a continuous surface area that makes up the terrace of both houses that are united at the center by a covered pool (the cover is made up of the same stone material), thus accomplishing a visual and material continuity that intentionally blurs the obvious cavity of the pool in the landscape. Lastly, a garden space in the rear of each of the houses seeks to give continuity to the grass covered landscape of the golf course.

Materially, and with the intention of obeying structural conditions, it was sought for the ground floor of both houses to be visibly is made of concrete. This made it easier for the ground floor to also play a role in strengthening the foundations of both houses and countering the gravitational pull of the cantilever used in the second floor. The volumes of the second floors are made up of various solid and closed form trapezoid bodies made up of exposed brick walls.