12 Design Ideas For Including Built-In Shelving In Your Shower 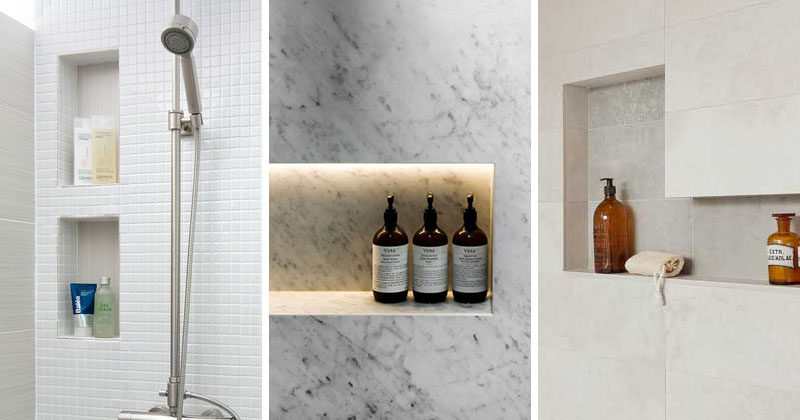 In-shower storage can be such a hassle. The suction cups never stick long enough and the tall metal organizers have a tendency to get grungy. Shelves built right into the shower are a better solution.

Here’s 12 examples of built-in shower shelves that are easy to splash clean and are guaranteed not to fall off the wall.

1. This tiny apartment will take all the storage help it can get, even in the shower! 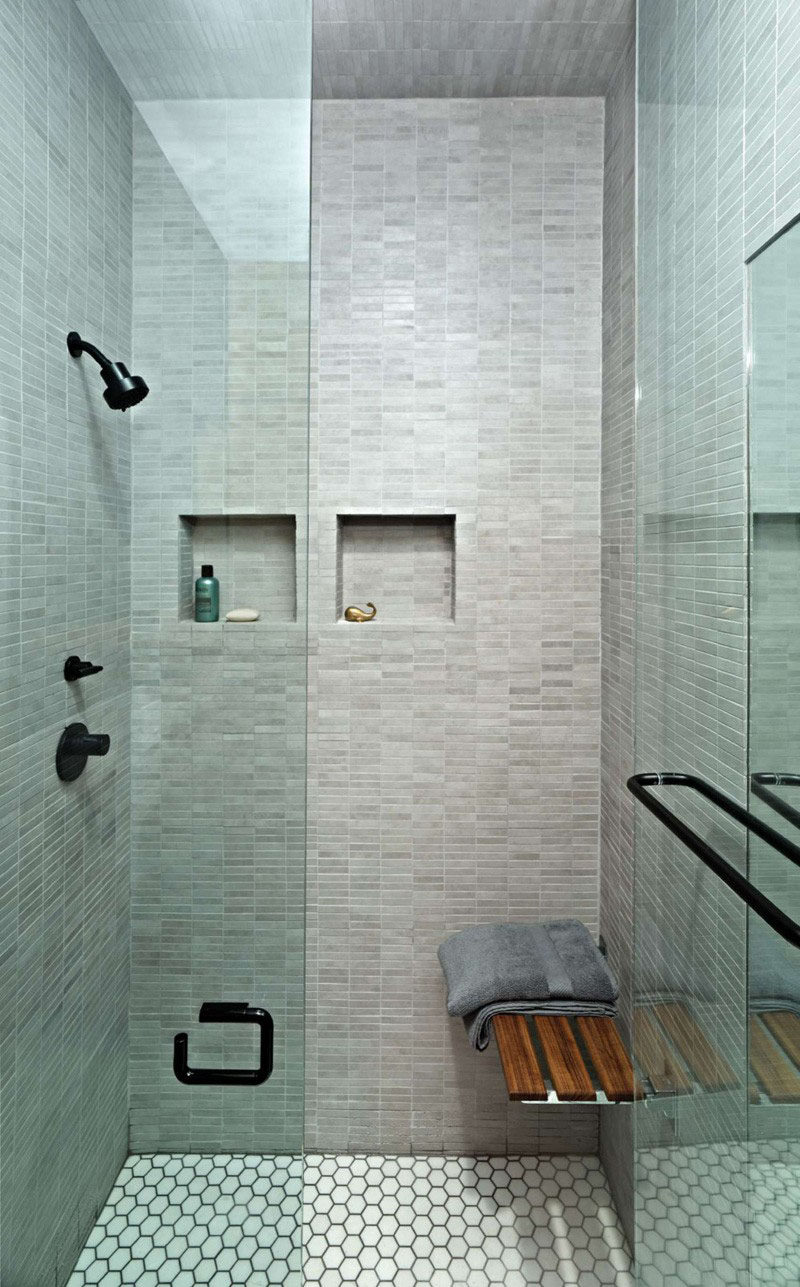 2. The built-in storage in this shower has varying heights to accommodate taller bottles. 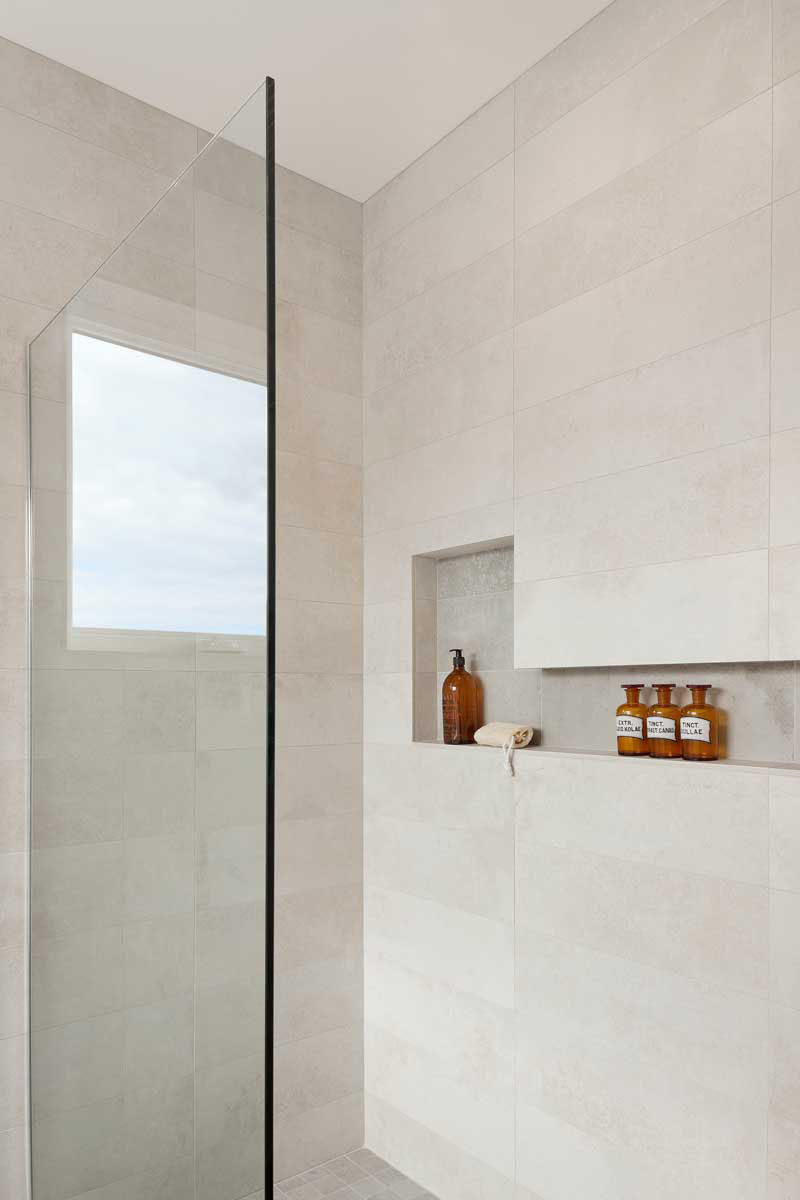 3. This built-in shelf also has hidden lighting to show off your beautiful soap and shampoo bottles. 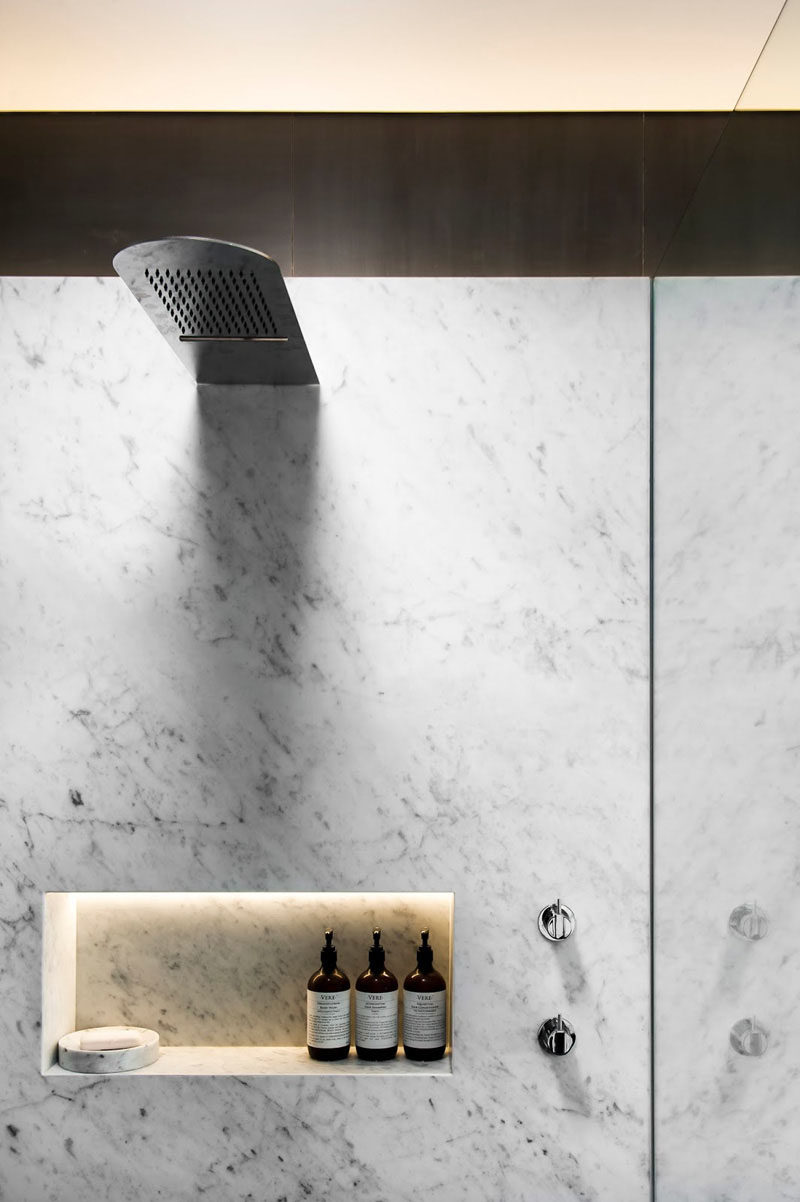 4. A long built-in shelving compartment in this shower, is a great place to store shower gels, shampoos, and conditioners. 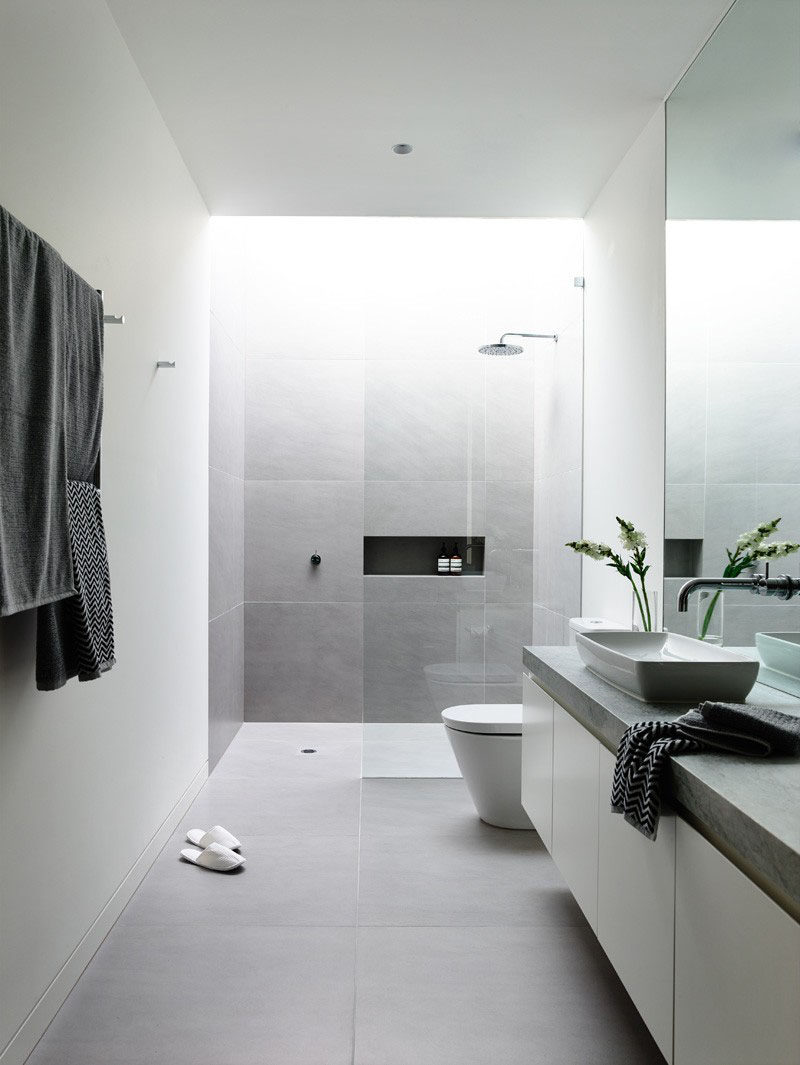 5. This built-in shelf has three sections, creating enough space for multiple people to store their things in it. 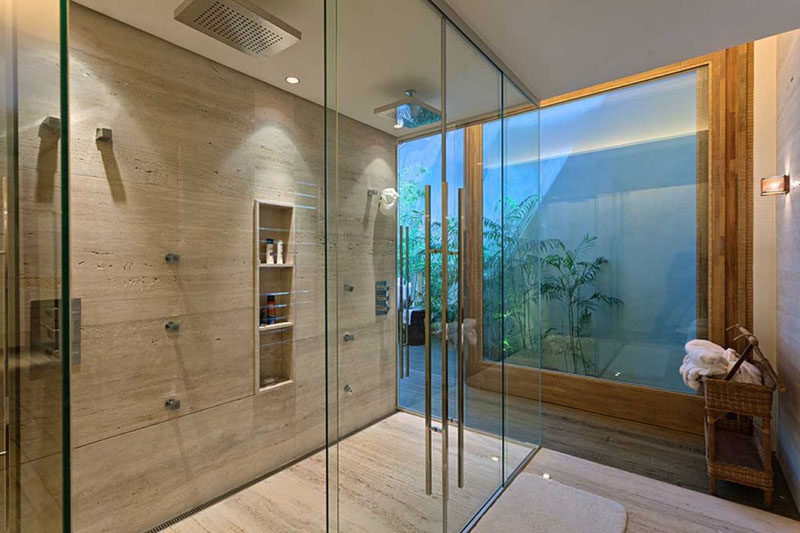 6. This built-in shelf and mirror are a great combo for taking off make up in the shower! 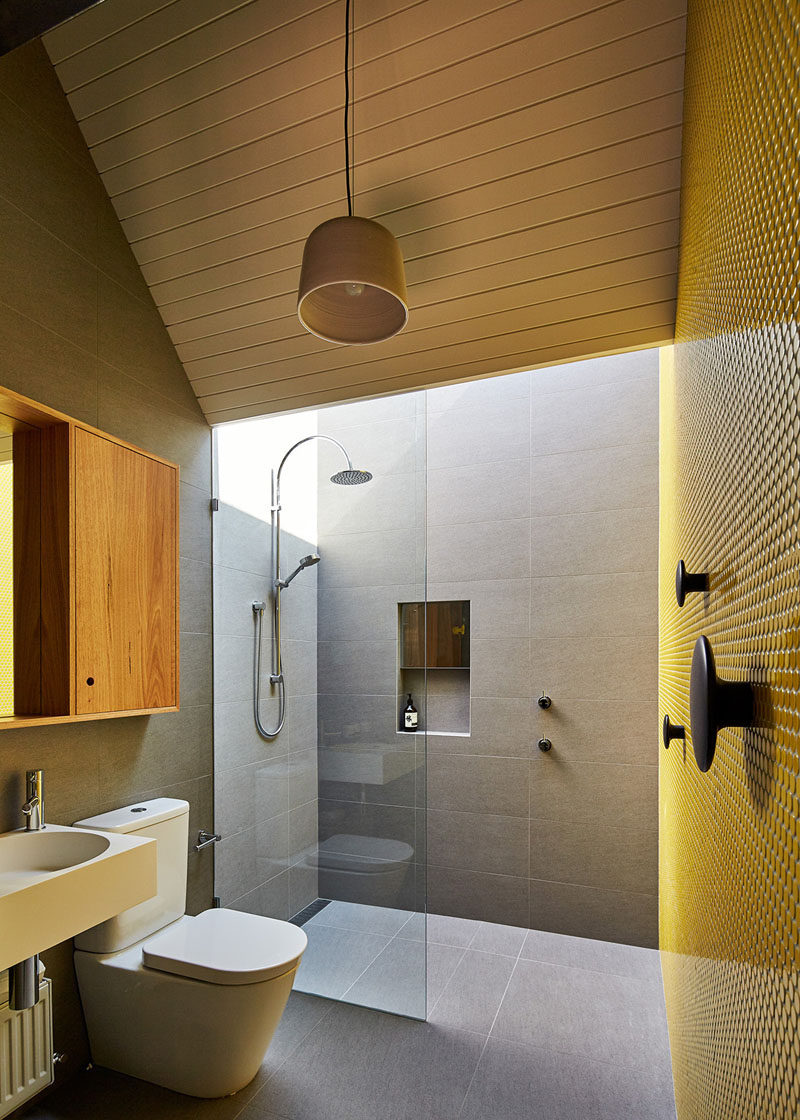 7. This shower has two tall built-in shelves and a bench that could also be used for extra storage if necessary. 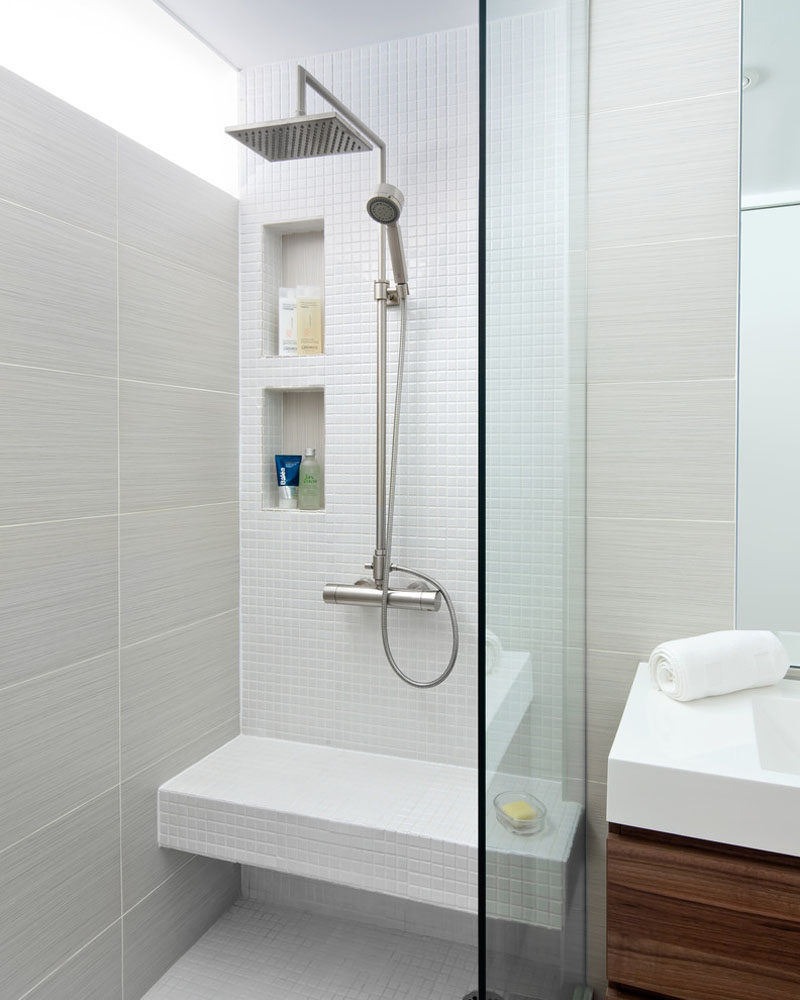 8. The shower and bath are kept in an area separate from the rest of the bathroom which features a built in shelf perfect for storing the essentials. 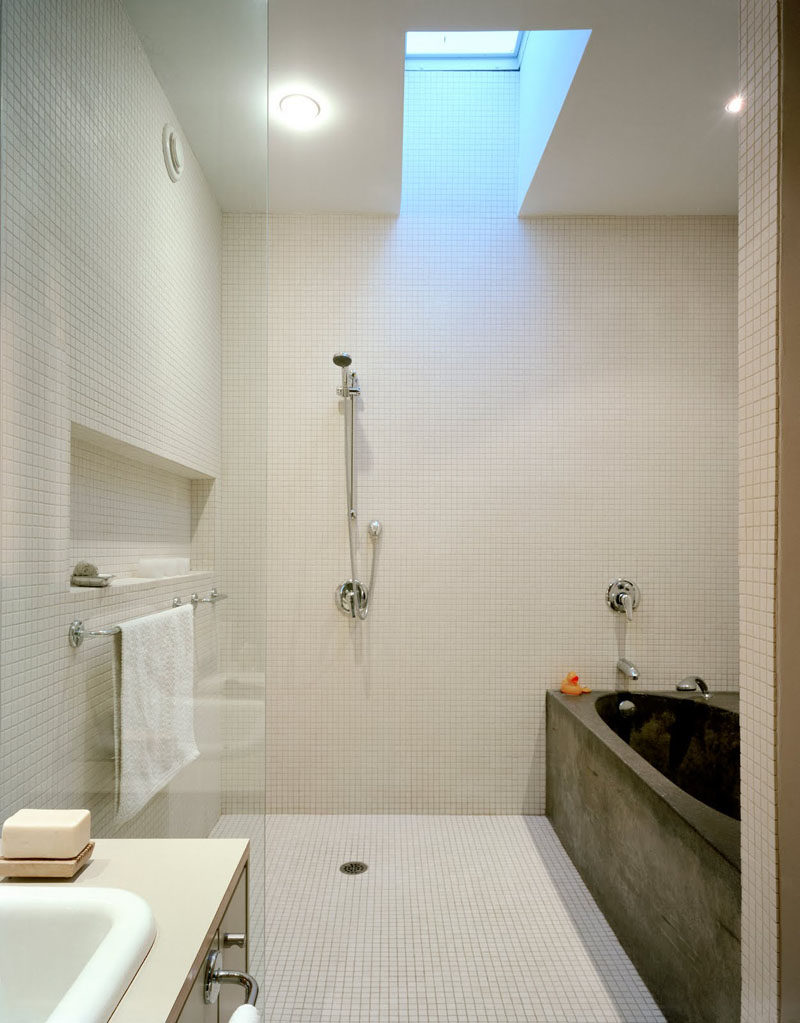 9. The shelf in this shower blends right in with the white tiles. 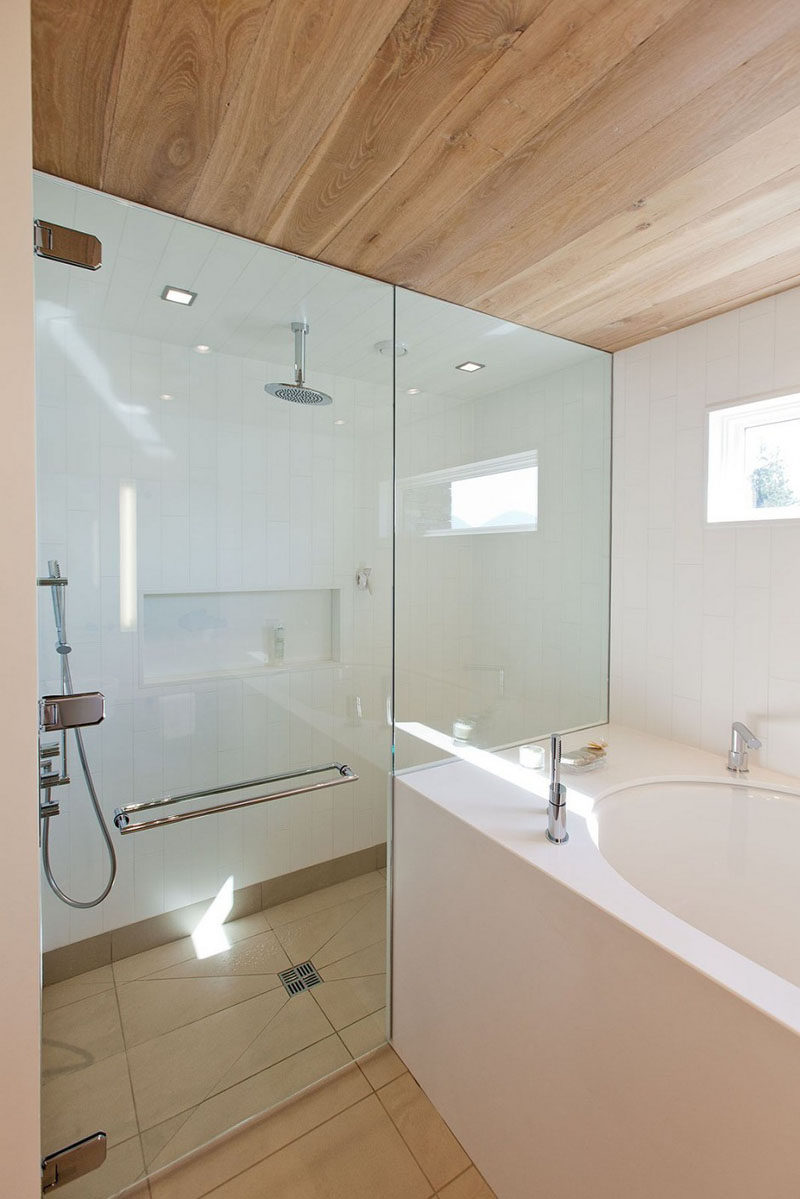 10. The stone shower and toilet area in this bathtub area both have built in shelving. 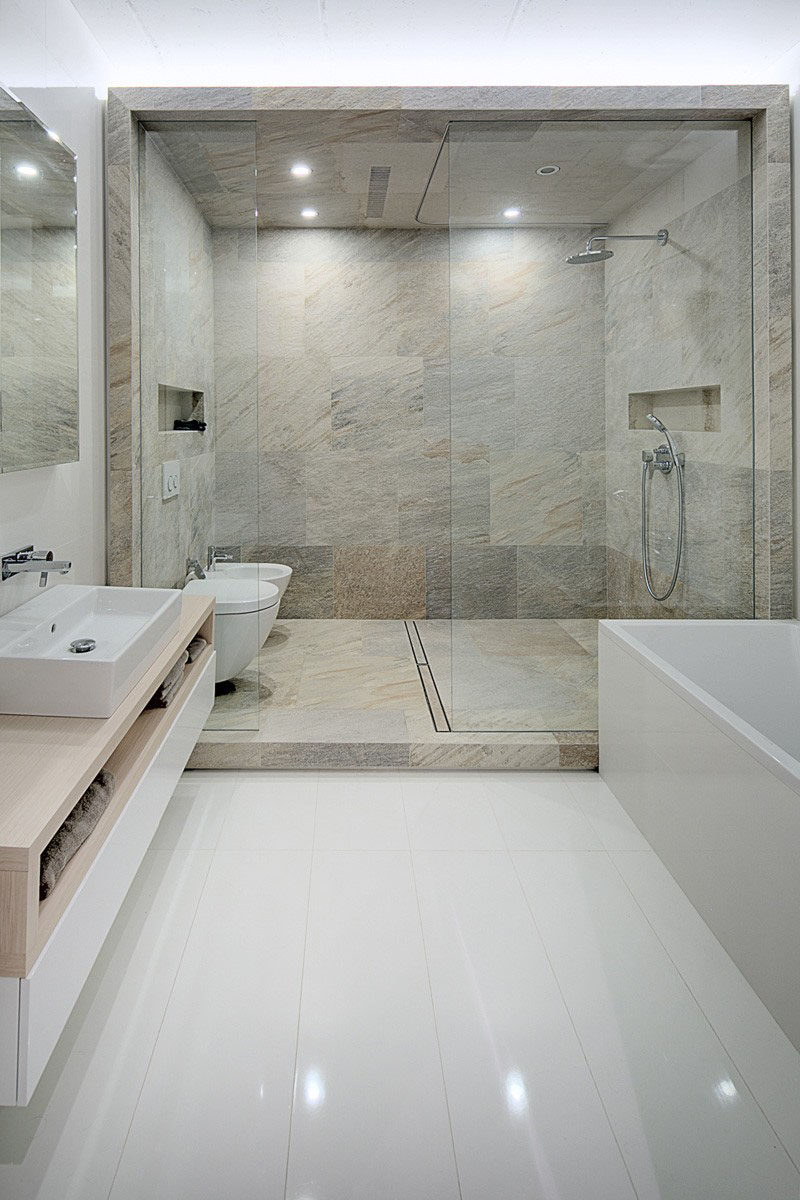 11. The built in shelf in this shower makes the most of the small space. 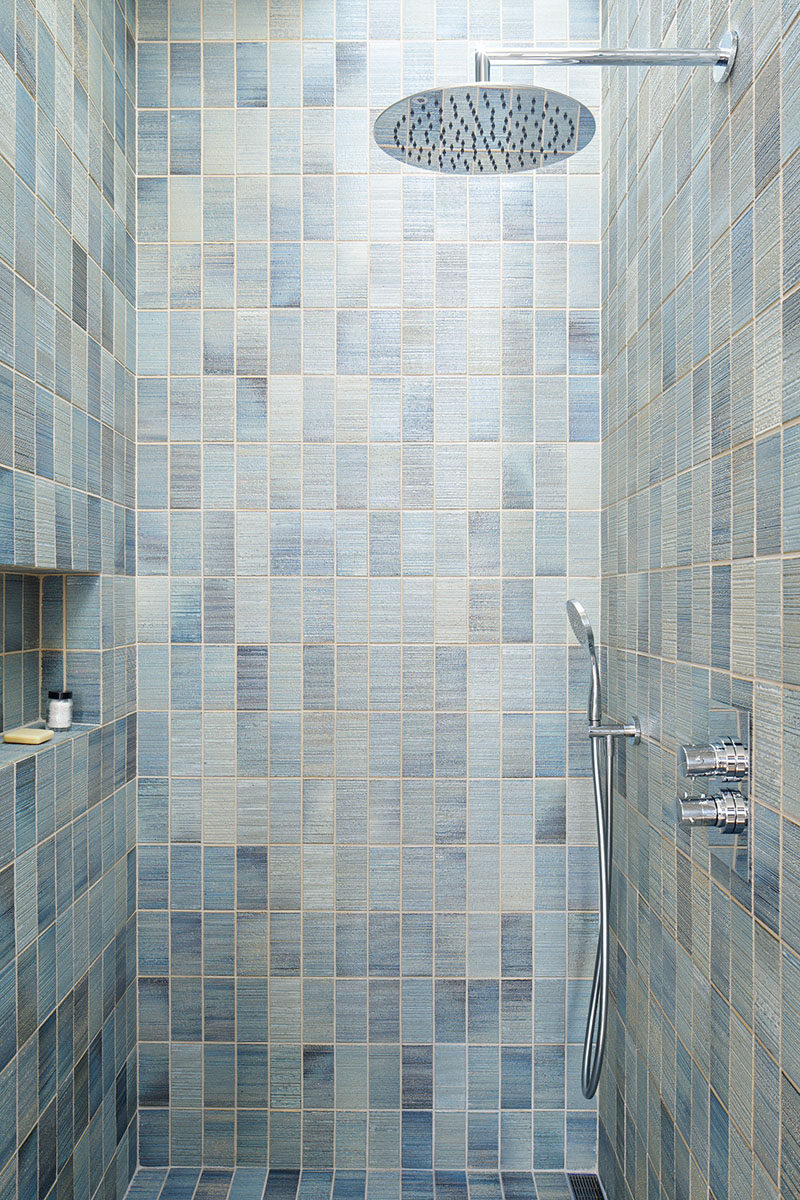 12. The built-in shelf in this all green bathroom is covered with the same tiles as the rest of the shower and bathroom floor. 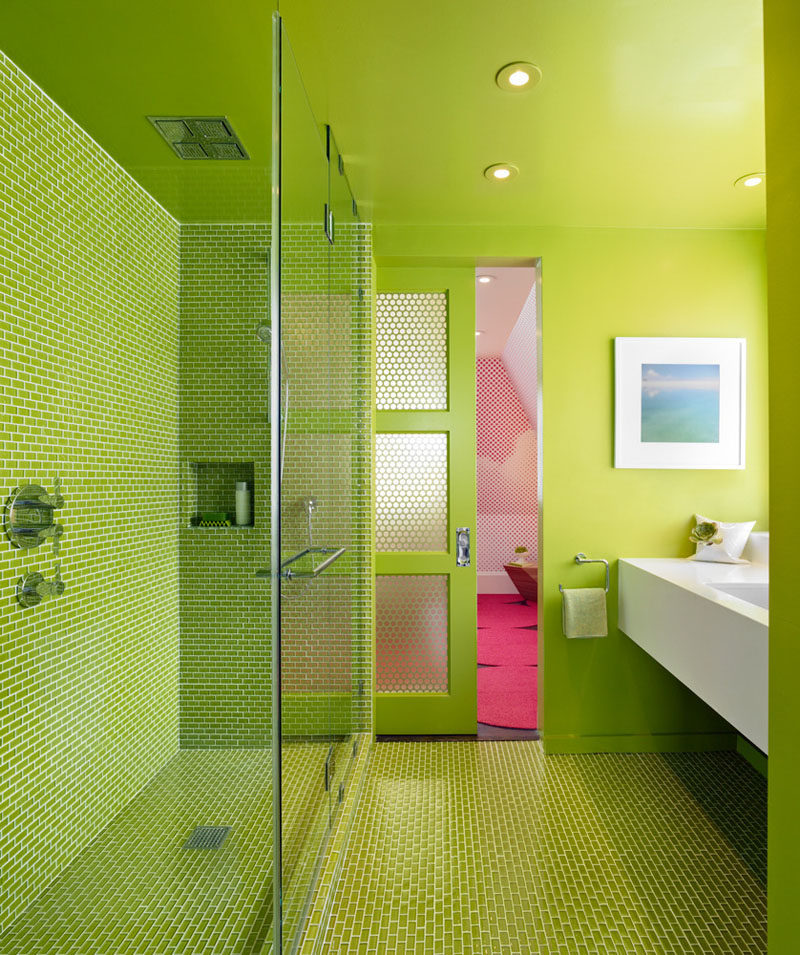 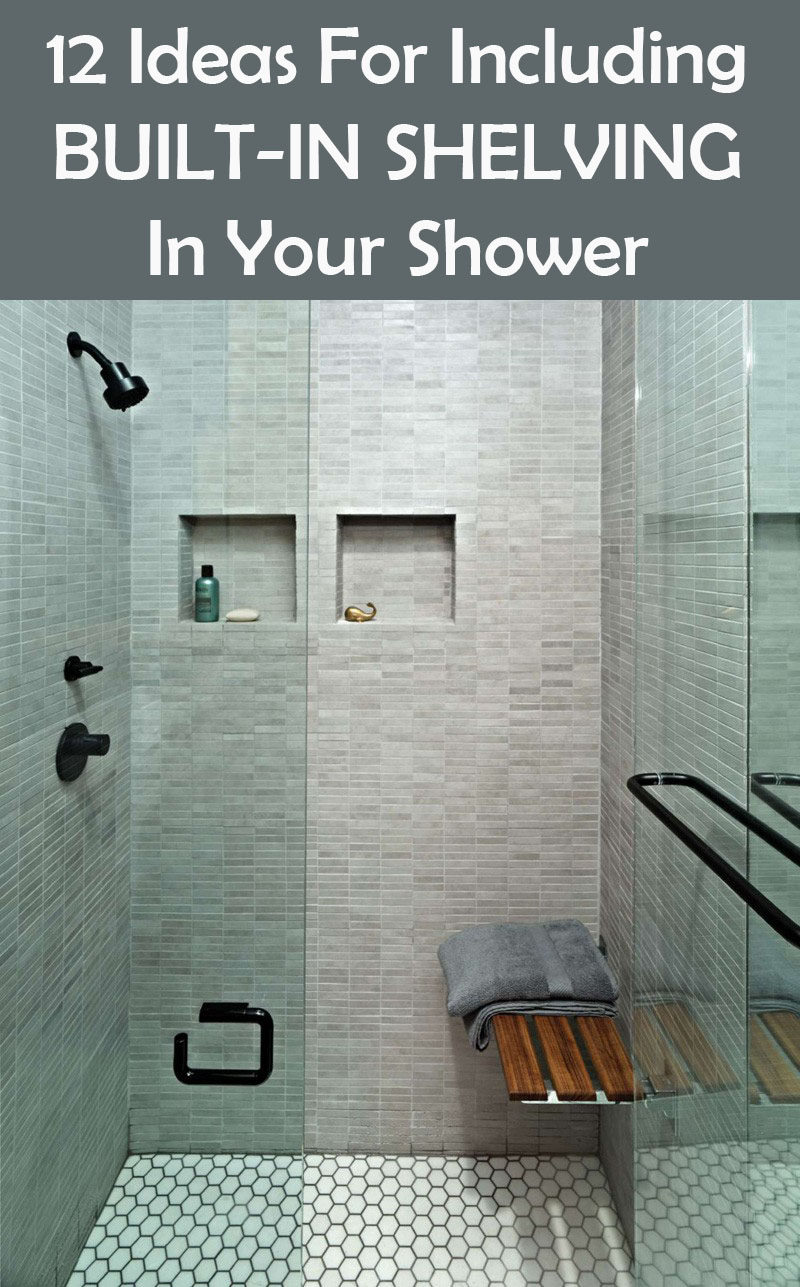