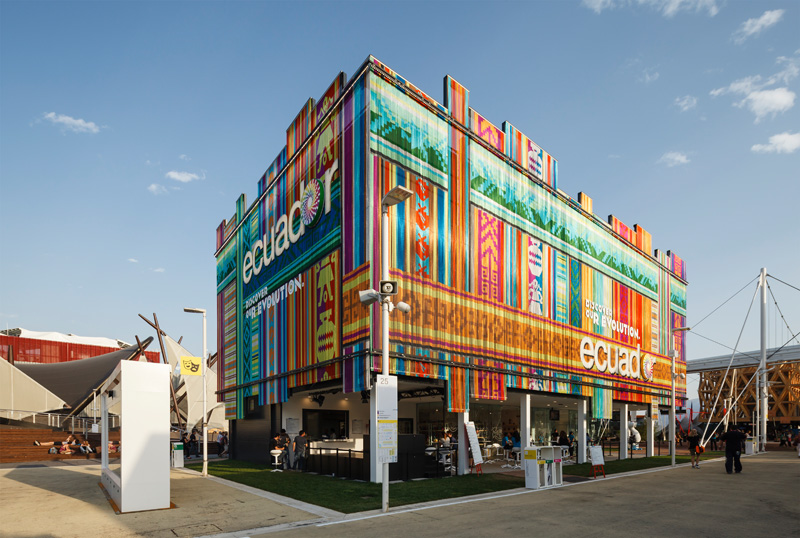 When design consultants Zorrozua & Associates were tasked to create the Ecuador Pavilion for the 2015 Milan Universal Exposition, they decided to include giant anodised aluminium curtains by KriskaDECOR, that cover the exterior of the building. 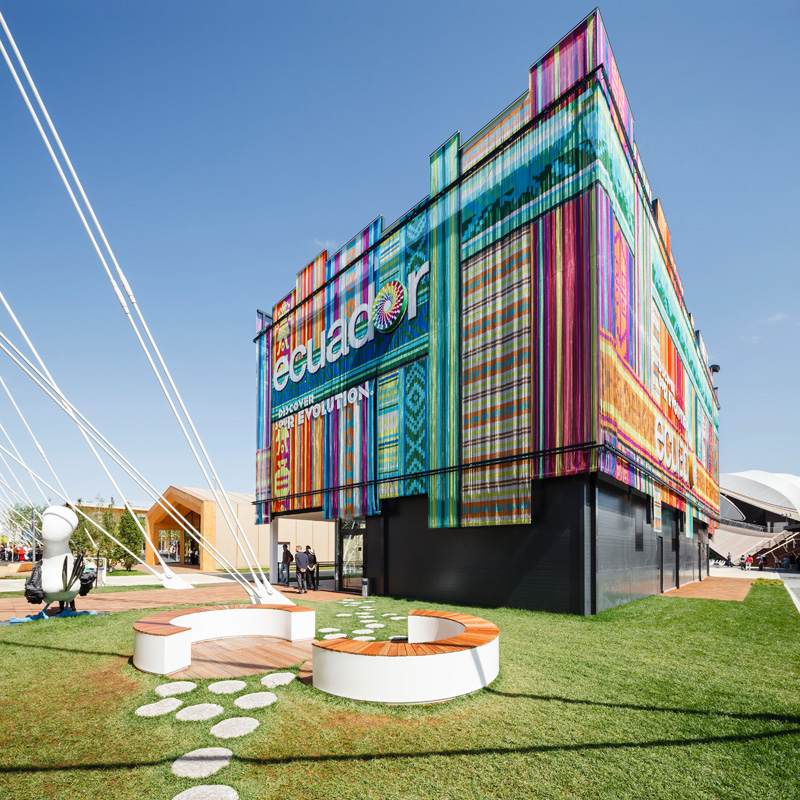 The building has three storeys where visitors can take a route through the various natural regions of Ecuador. 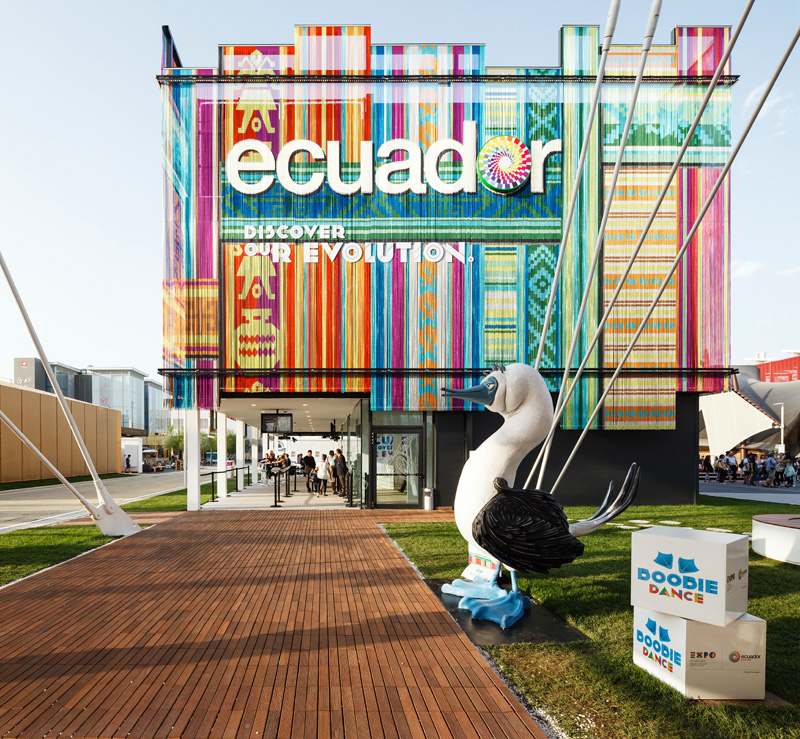 The folkloric motifs that make up the facade’s composition are a representation of Ecuadorian culture, and are inspired by the traditional textile handcrafts of the Otavalo region. 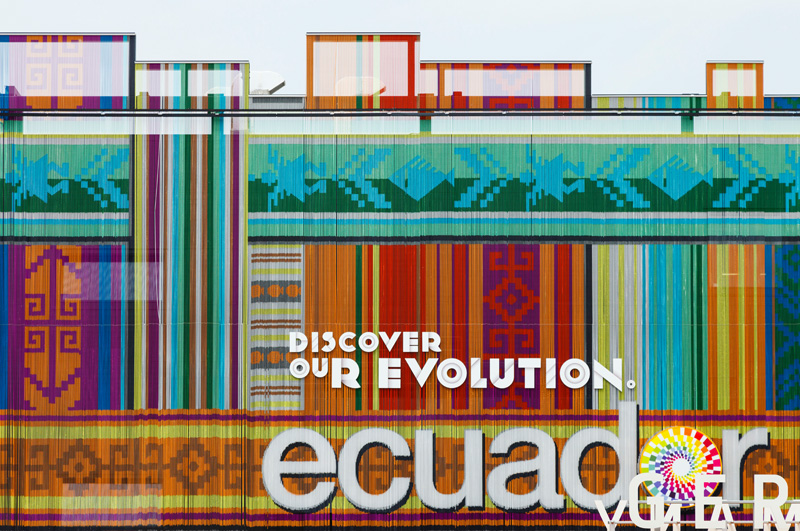 The effects of the sun and night light have also been taken into account to achieve a much more powerful perception of the colours. 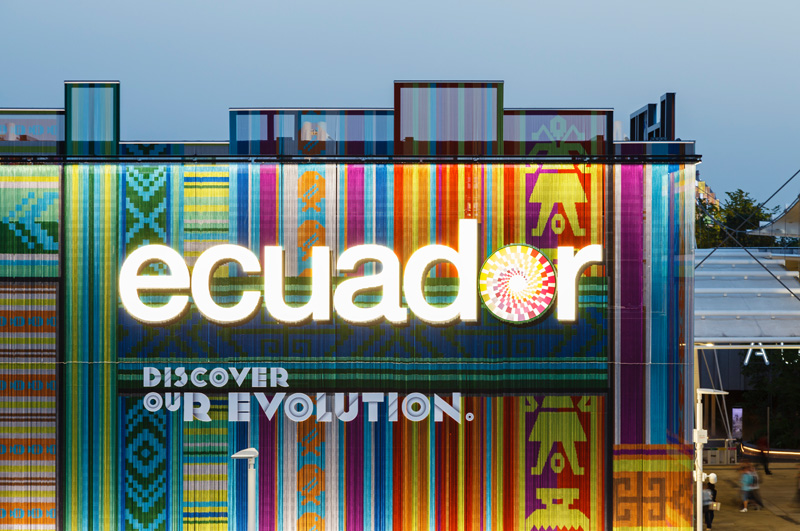 This project is divided into four sides, with an average height of 9 metres, reaching 10.5 metres at some points. The north face and the south face are 25.4 metres wide, while the east and the west are 15 metres each. By being made of an aluminium chain, the lightness of the material has allowed for the creation of this metallic structure with enormous proportions. 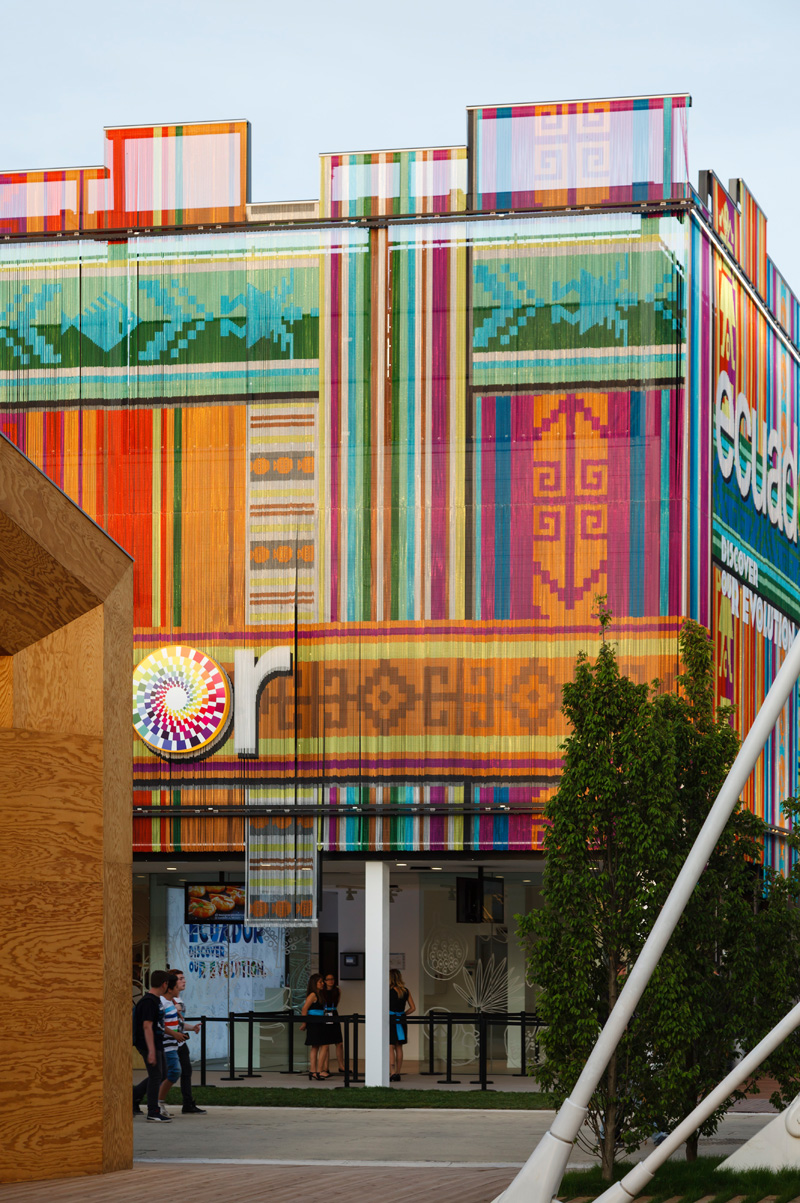 The installation of the curtains was done in just three days, with modifications made to fasten the curtains onto the proposed system, and also to increase resistance to inclement weather, creating a woven line that joined the different strips of chain, therefore getting similar responses to that of fabric. 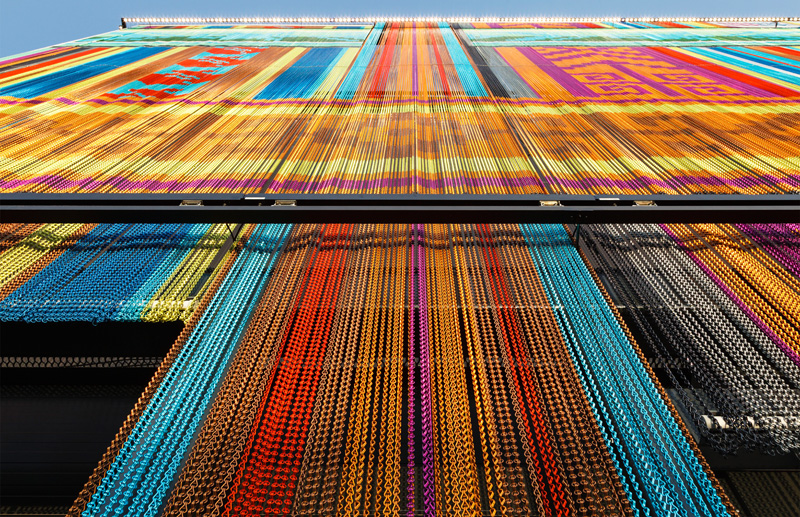