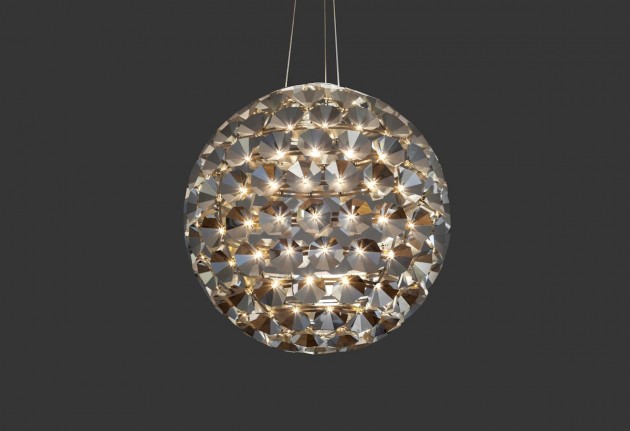 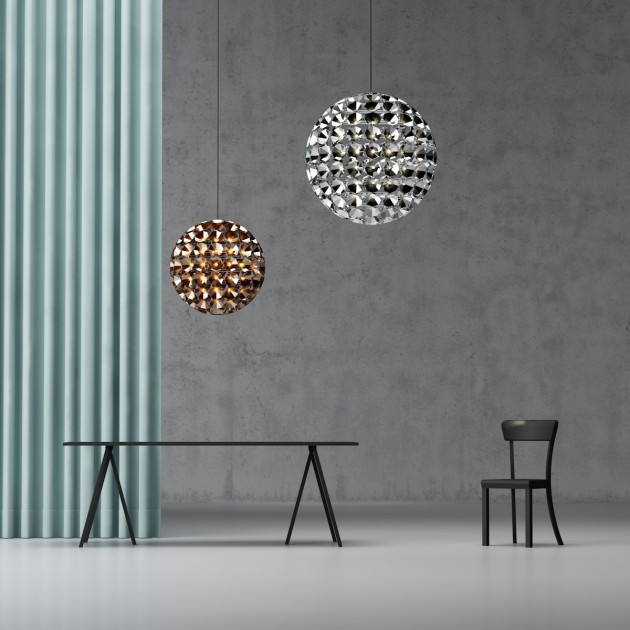 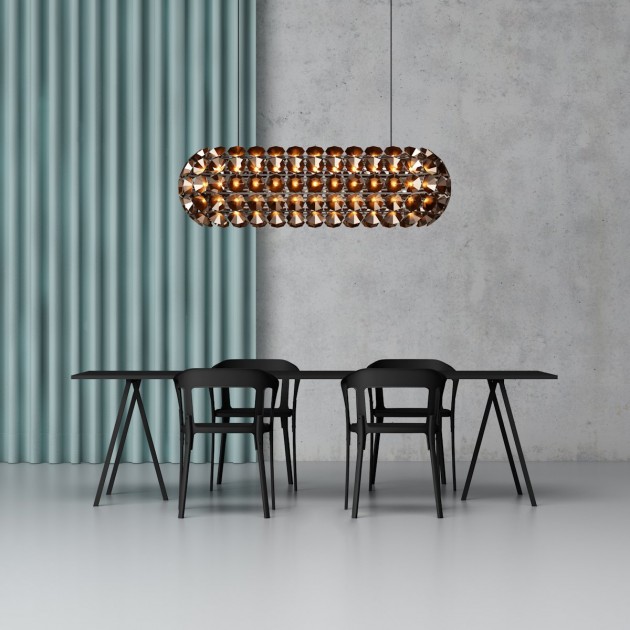 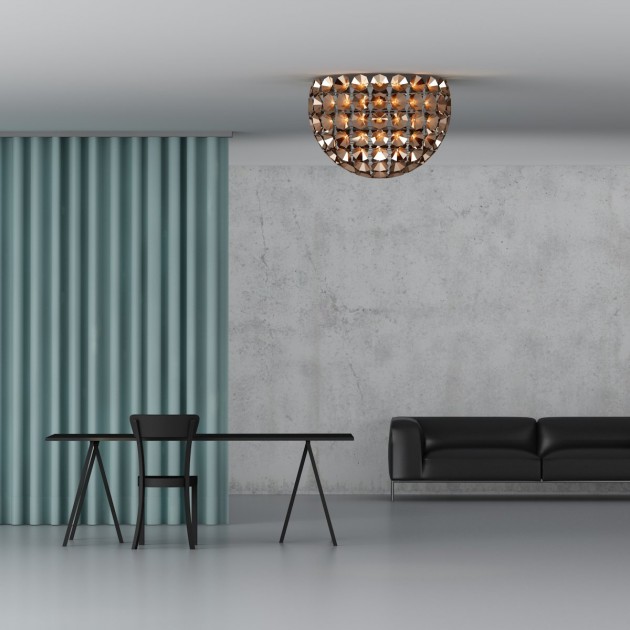 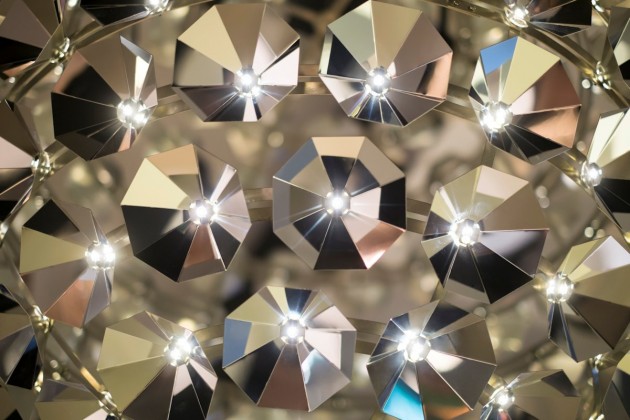 The series Elaine is based on a one-off by our studio, a ball-shaped pendant lamp consisting of about 150 single tea-lights with built in miniature light bulbs. The inspiration for the design arose from the shapes the earliest satellites from the 1950’s and 1960’s had.

Two years ago, we discussed the idea of a serial production of this lamp with the renowned Dutch lighting manufacturer Quasar who were immediately enthusiastic about it. It turned out quickly that the initial idea had to be extended and optimised to develop a lamp suitable for serial production out of it.

During the design process, the tea-lights were replaced by facetted and polished metal reflectors, which resulted in a more glamorous, precious appearance of Elaine. All reflectors are connected to an elegant, minimal frame made of stainless steel profiles, which also serve as conductors for the electricity.