People are using fog cannons for home security, and it’s kind of awesome to watch 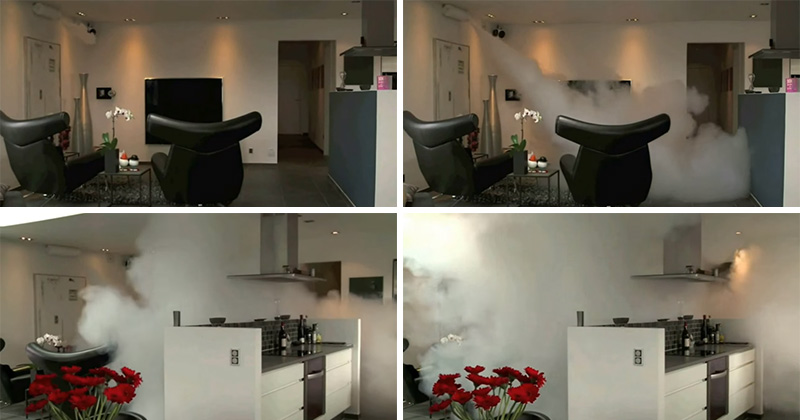 When we think of home security systems, we usually think of alarms that make a lot of noise, but do they really deter the intruder before they steal anything?

We recently came across an alternative security option called the Fog Cannon. Basically, a fog cannon is a security device that fills the room with really dense fog in seconds, making it very difficult for the intruder to do anything, as they can’t see anything. Imagine a regular smoke machine, but one that is mounted to the wall or ceiling and dispenses the fog extremely quickly.

Here you can see that the room is filled with fog in less than 5 seconds, once the intruder triggers the alarm.

A fog cannon, that can hide in plain sight as it looks similar to an air conditioner, can be connected to a traditional alarm, and when the alarm is triggered, it sets the fog cannon off. The fog is harmless to humans and pets, fixtures and furniture, and computer equipment. Once the fog has filled a room, it takes about 20 minutes to clear out by opening windows and using fans.

Watch the video below to see a fog cannon in action: