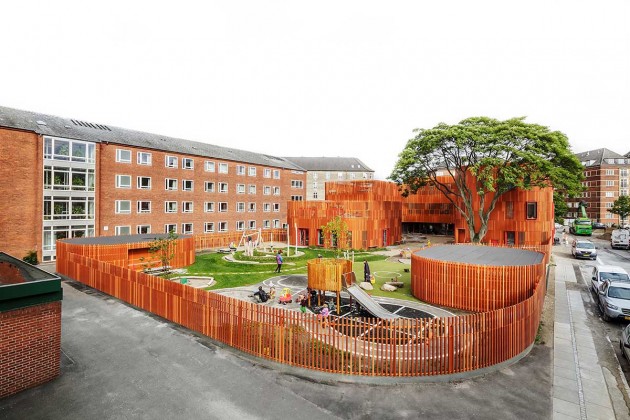 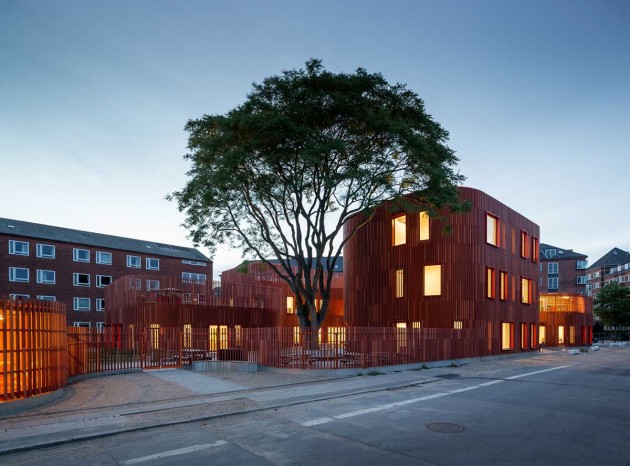 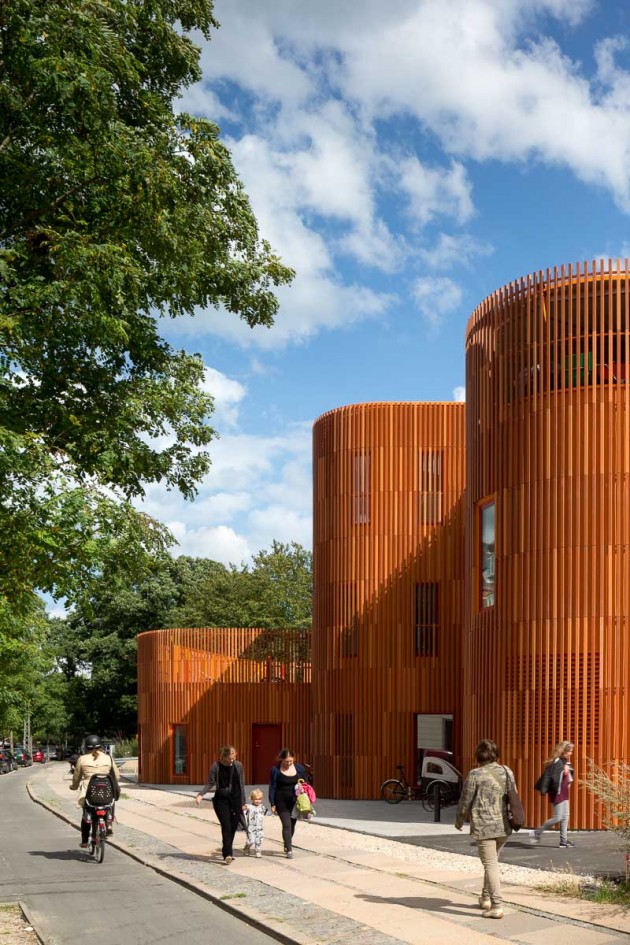 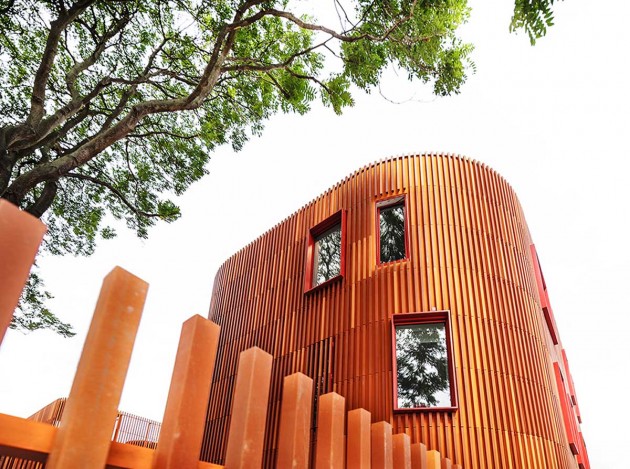 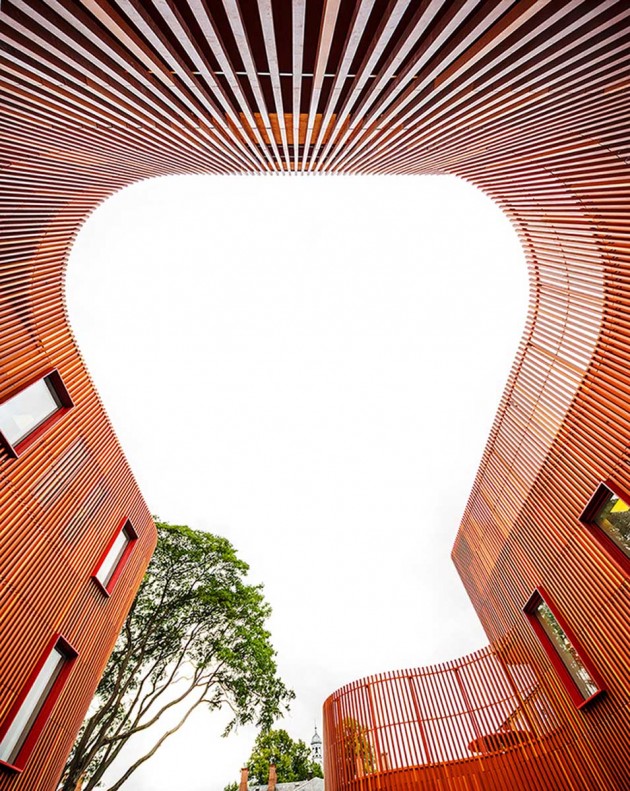 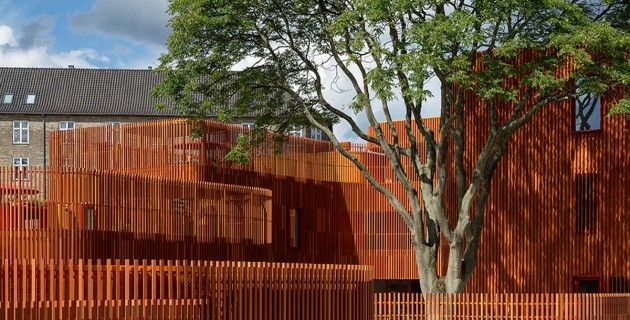 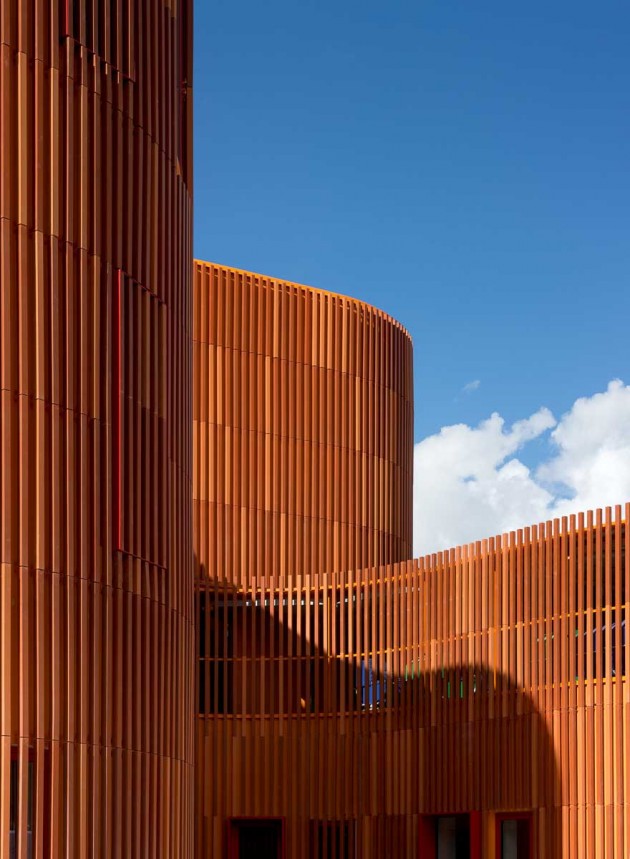 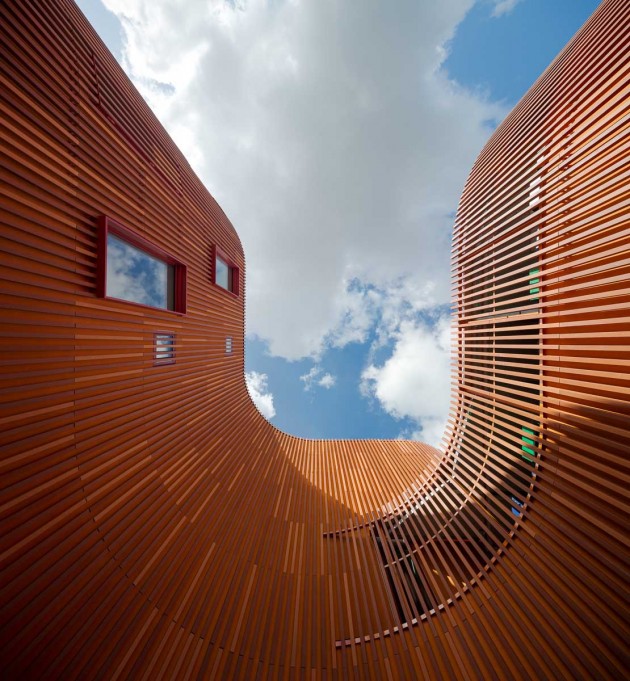 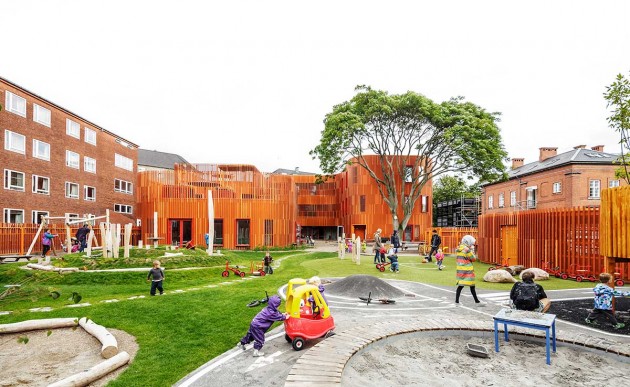 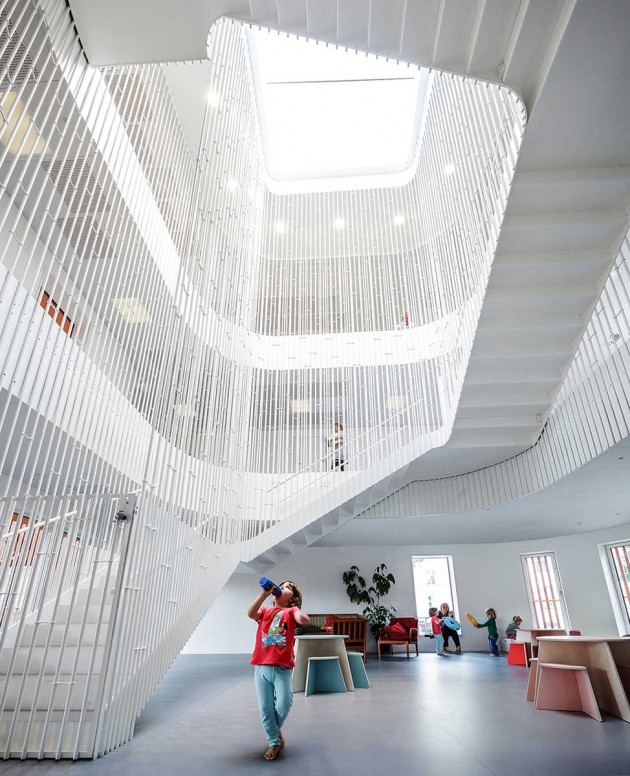 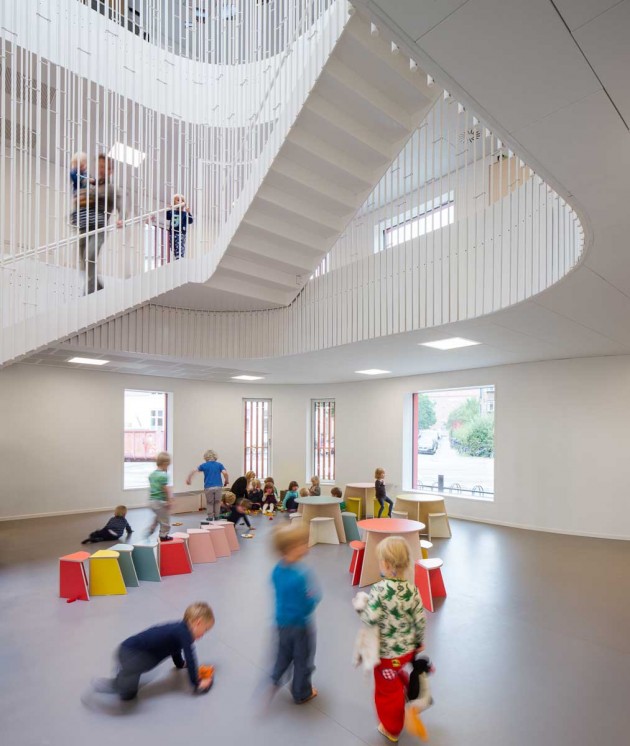 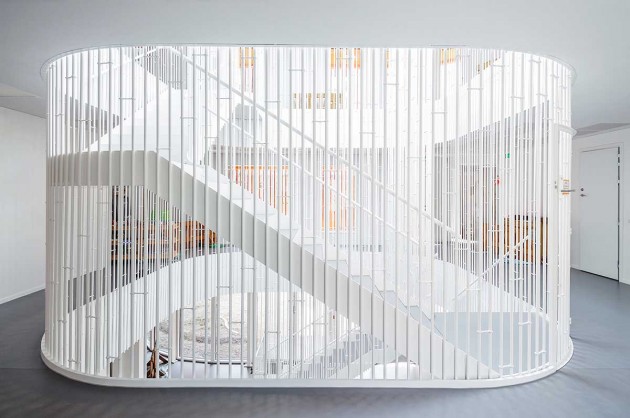 Danish architects COBE have completed a new daycare center in Copenhagen with curved corners, lush roof gardens and a special brick facade that gives the building a warm modern feel and at the same time reflects its historic surroundings. Five small houses with a unique brick cladding and green roofs and roof gardens create the framework for Copenhagen’s new kindergarten. The kindergarten opened its doors in July 2014 and is the result of a competition held in 2012 won by Danish architects COBE in collaboration with PK3 landscape architects and D.A.I. engineers.

”With this project, we wanted to create a world class day care center. A place that gives the best possible environment for our children to grow up in, and which promotes children’s learning and creativity. Located in a historic area of Copenhagen consisting mainly of nursing homes and senior housing, we have been very aware of ensuring a coherence between the historical area and the new build. From being a last destination for many people’s long lives, the area is now also a place where children grow up and start their lives,” says Dan Stubbergaard, Founder and Creative Director of COBE.

Dan Stubbergaard continues: “It is a sensitive art adding new to old in a historic area. First of all we wanted to understand the area’s characteristics and then we wanted to strengthen it but at the same time create something new and contrasting. The facade of the kindergarten is for example a clear reference to the area’s red brick buildings. Instead of using traditional horizontal bricks, the facade consists of vertical brick lamellae continuing as a band from house to house, and surrounding the garden and playground. Besides being the building’s envelope, the facade thus works as a fence for the playground, protection at the roof tops and solar screening in front of the windows. The facade gives a uniform expression and at the same time creates a modern interpretation and coherence with the area.” He continues: “The goal was to create a house that not only understands and shows consideration for its surroundings, but also contributes something radically new and different.”

The kindergarten consists of five small houses in one to three floors – all with green roofs and roof gardens. From the outside the kindergarten appears as a village for children, but from the inside it is coherent and efficient. This helps to create a place that is small, compact and exciting for children as well as functional and flexible in everyday life. The kindergarten opened its doors in July 2014 and now houses 160 children aged 0-6 years.