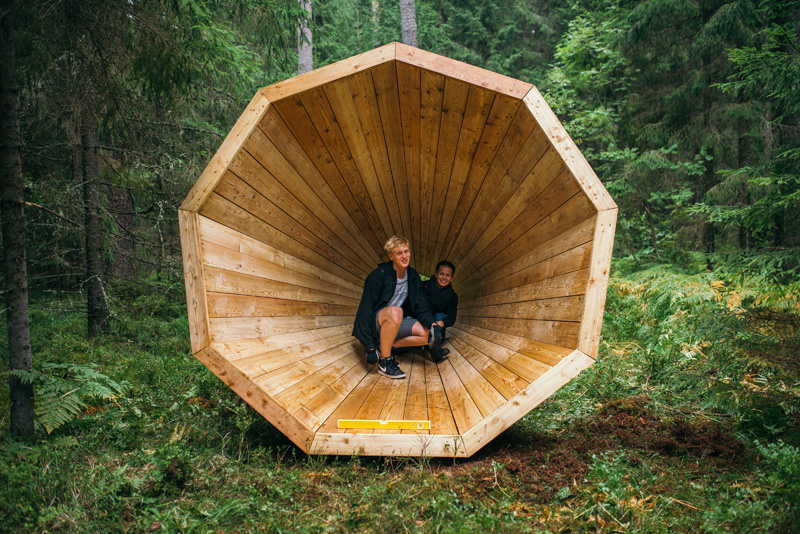 Student Birgit Õigus, came up with an idea to install huge megaphones in the forest, to help people “hear the forest.” Working with her classmates and the Estonian Academy of Arts, the interior architecture students built and installed three gigantic wooden megaphones, which were then installed in a forest in Estonia, not far from the Latvian border. 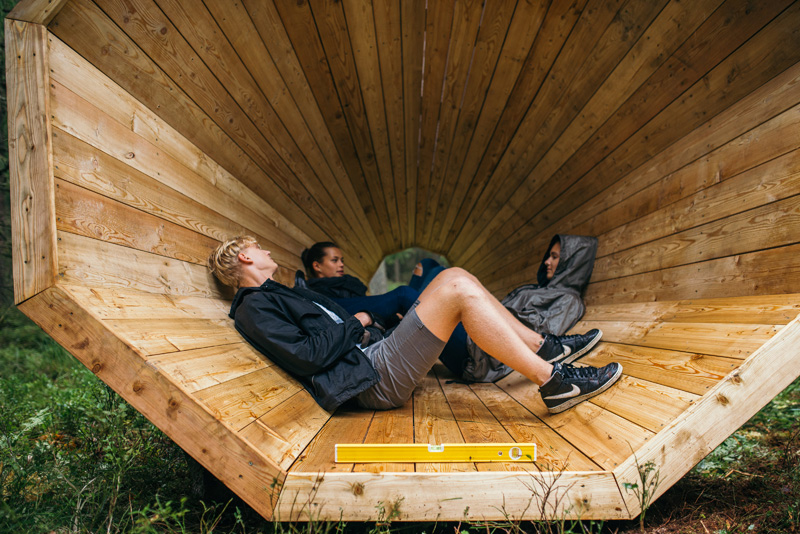 According to interior architect Hannes Praks, who leads the Interior Architecture Department of the school that initiated the installation project, the three-metre diameter megaphones will operate as a “bandstand” for the forest around the installation, amplifying the sounds of nature. 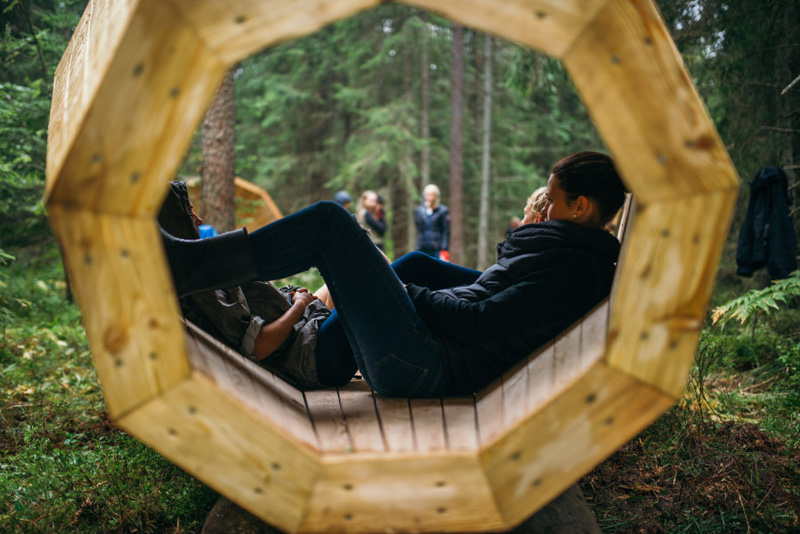 “We’ll be placing the three megaphones at such a distance and at a suitable angle, so at the centre of the installation, sound feed from all three directions should create a unique merged surround sound effect,” adds Praks. 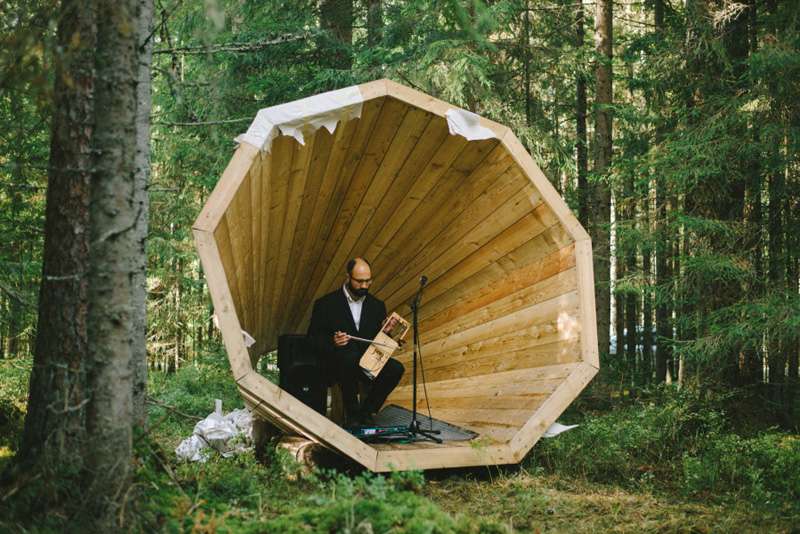 This is however not the only use for the installation, as it will double as a sitting and resting area, and can be used as a stage for small events. The author of the idea is one of the students Birgit Õigus, with the rest of her coursemates Mariann Drell, Ardo Hiiuväin, Lennart Lind, Henri Kaarel Luht, Mariette Nõmm, Johanna Sepp, Kertti Soots, Sabine Suuster helping out with the building process. 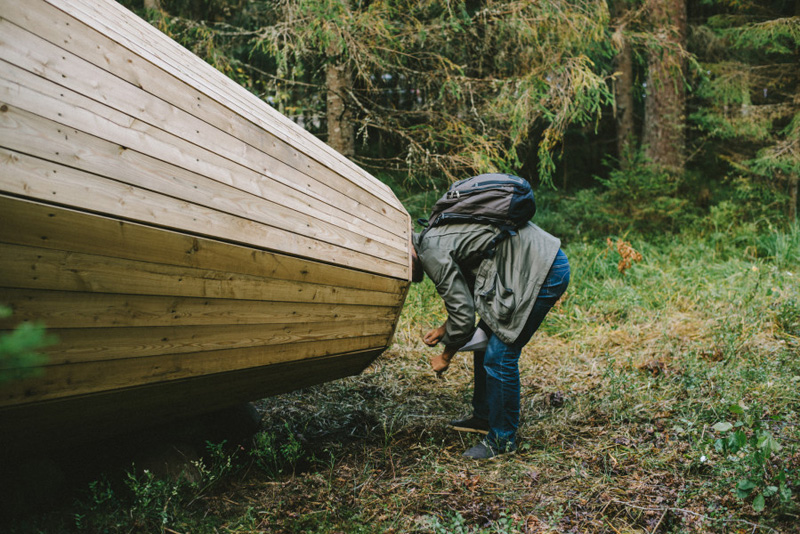 51% of Estonia is covered with forests. 0€ is the cost of everyman’s right to camp on Forest Centre run trails, spending the night in the forest cabins, or sleeping in a tent within the recreation areas. The megaphone installation provides an excellent opportunity to experience the meeting of contemporary architectural space and wild nature – and it is freely accessible for foreigners as well as local travellers. 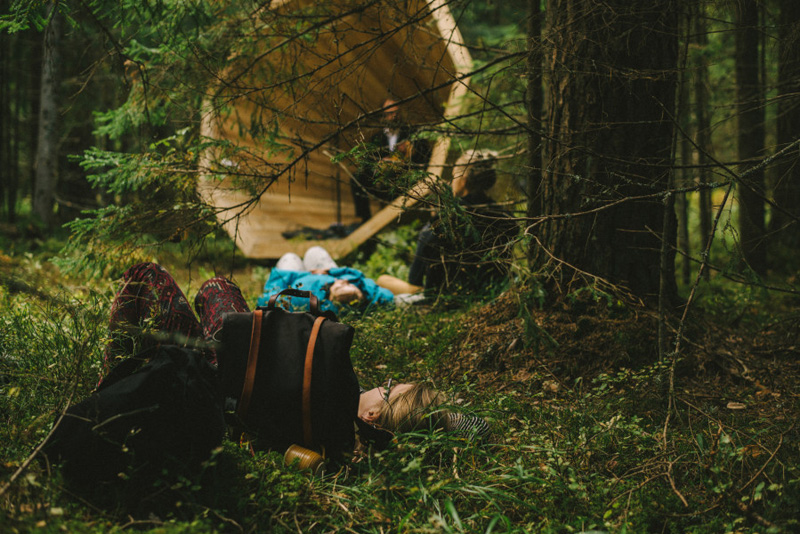 Estonian semiotician and popular author Valdur Mikita, who has written at length about the ways Estonian culture is intertwined and imbued with forests, says the architectural design helps to notice the richness of sound in forests as well as the silence. “It’s a place to listen, to browse the audible book of nature – there hasn’t really been a place like that in Estonia before.” 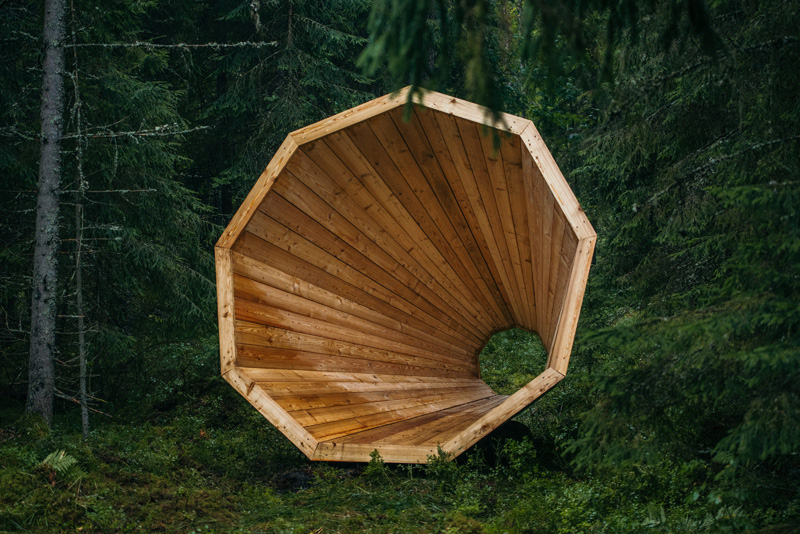 The project started a year ago with a workshop deep in the woods of South Estonia, with Estonian Art Academy interior architecture students trying to define the concept of a forest library with Valdur Mikita. Of all the proposals, the installation of three wooden megaphones by Birgit Õigus was selected. 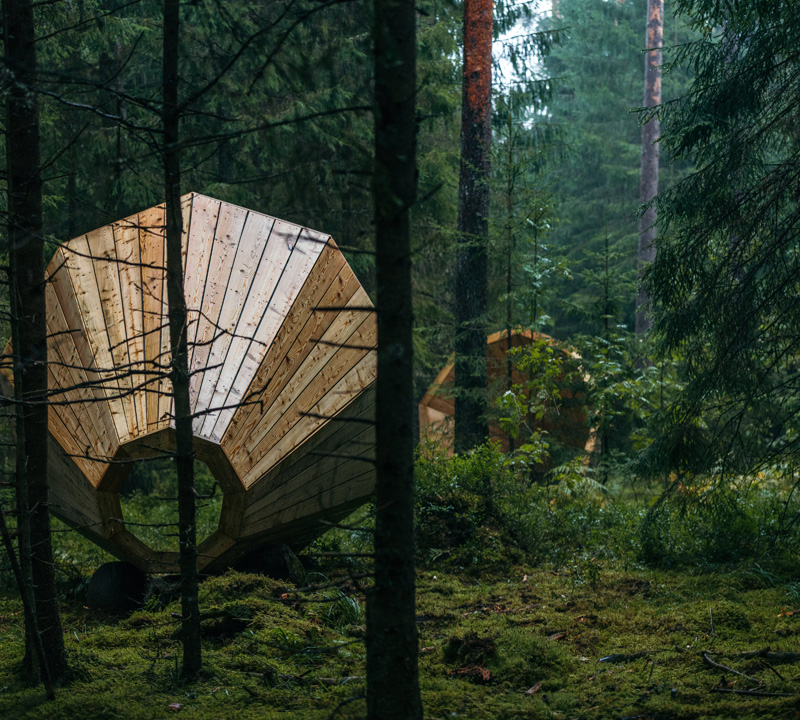 Students were instructed by designers Tõnis Kalve and Ahti Grünberg from Derelict Furniture and architecture office b210 architects Aet Ader, Karin Tõugu, Kadri Klementi and Mari Hunt, whose main goal was to get the students to work as a team on an adventurous project, inspiring them to carry their ideas out, even if it takes a little extra effort – they believe design education should always be about testing your ideas in real life and full-scale. 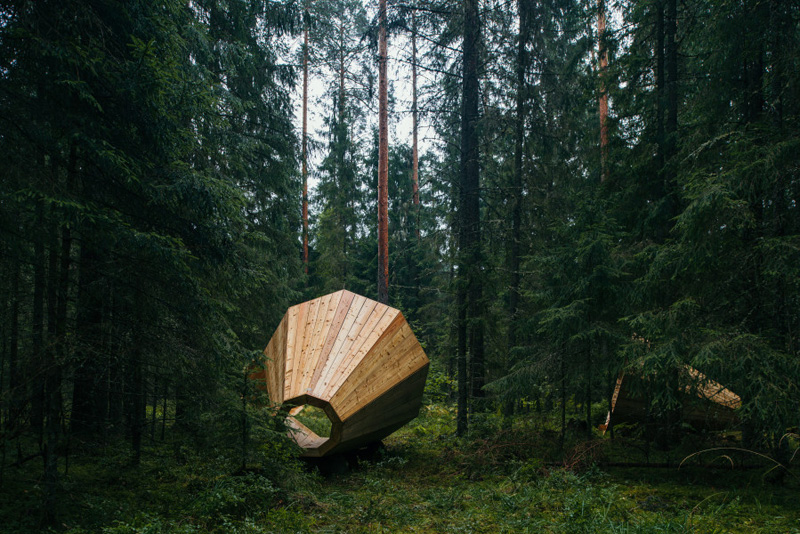 Estonian Forest Management Centre, a partner in the project from the beginning, is happy that in addition to providing a visually stunning space for contemplation, the amplifiers can also be used by less-demanding adventurers for spending the night in the woods. “The space could be used to carry out an outdoor nature class or a small culture event, it’s really multifunctional,” explains Marge Rammo from the Centre.