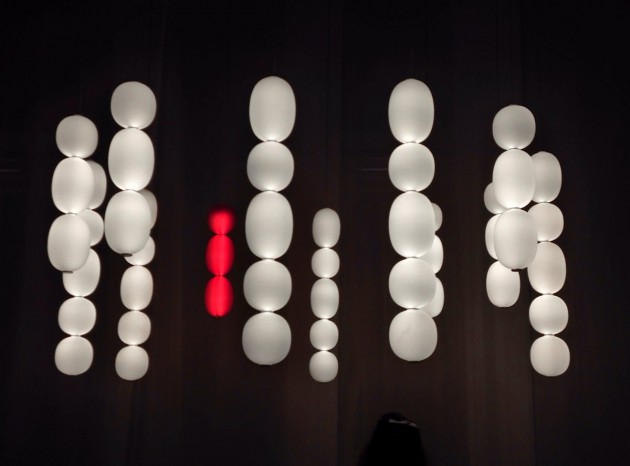 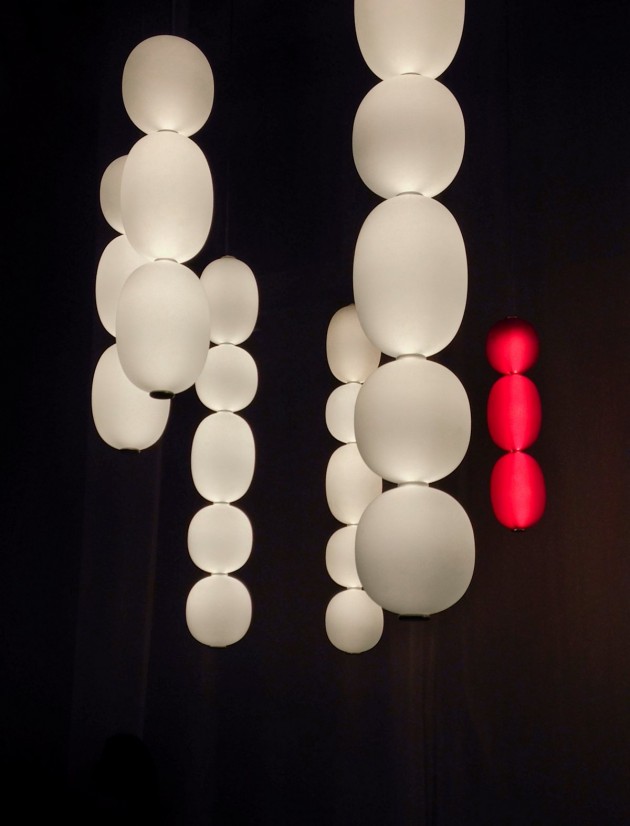 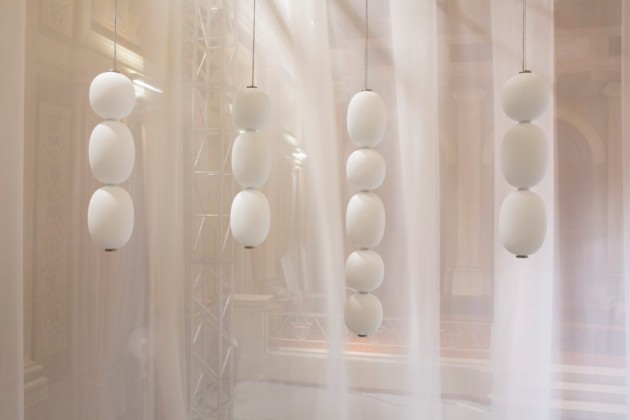 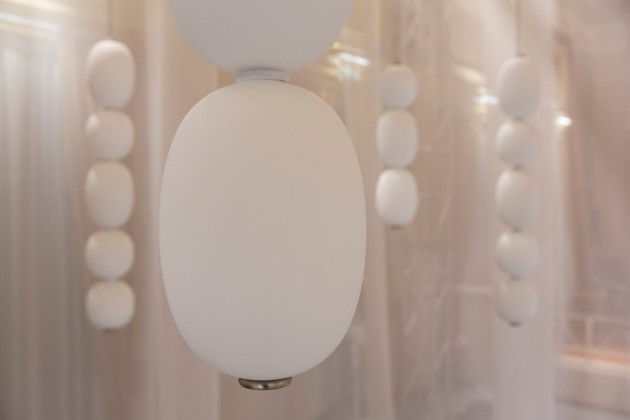 Like a bunch of grapes on a vine, nature creates beauty through variation within repetition. The bunch consists of a number of the same shaped grapes. But each grape varies slightly in size to the next.

With this mental image in mind, we have developed a concept based on stacking a series of lampshades to create columns of various lengths.

We are attracted by the subtle variation in the silhouette. While developing our concept, we found that utilizing just two forms is enough to keep this subtle variation. The two forms, A and B, have similar shapes and are made of translucent glass, allowing the LED light source to glow from within.

When arranging the columns in combination with each other, we have taken inspiration from large-scale lighting installations hanging in monumental interiors.

Our concept makes it possible to create everything from small lighting items all the way up to monumental lamp constellations.

Importantly, there is also the possibility of customization for architects, allowing them to decide their own combinations and arrangements.