CAAN Architecten have designed an office building for the property development company HECTAAR in Roeselare, Belgium. 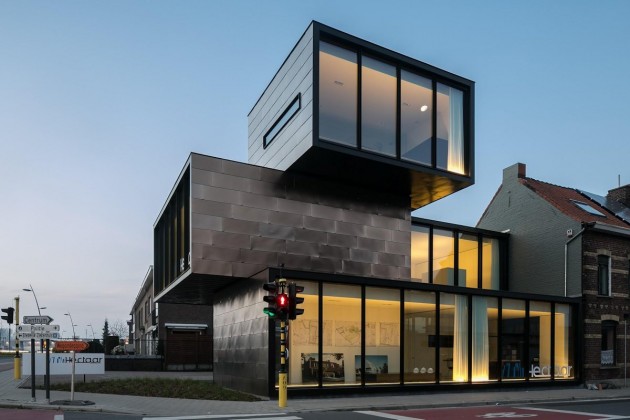 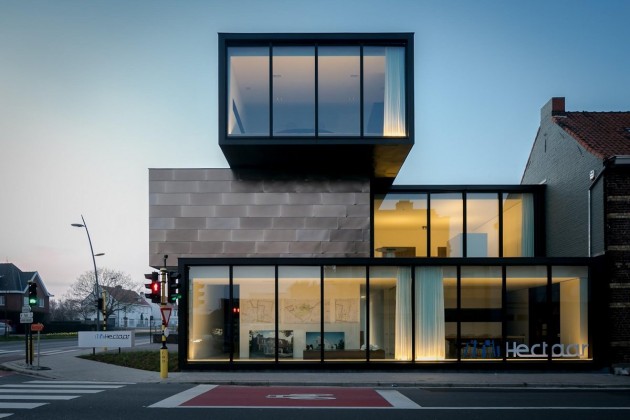 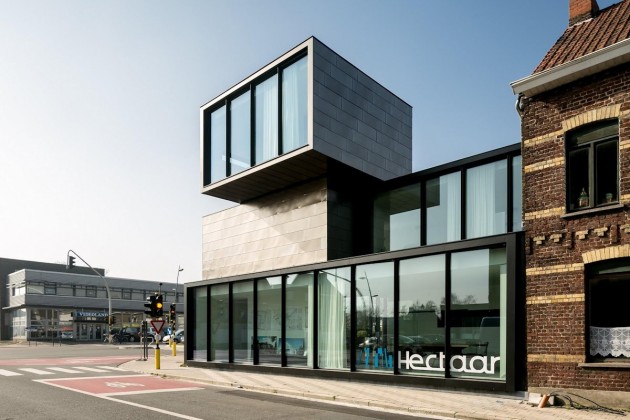 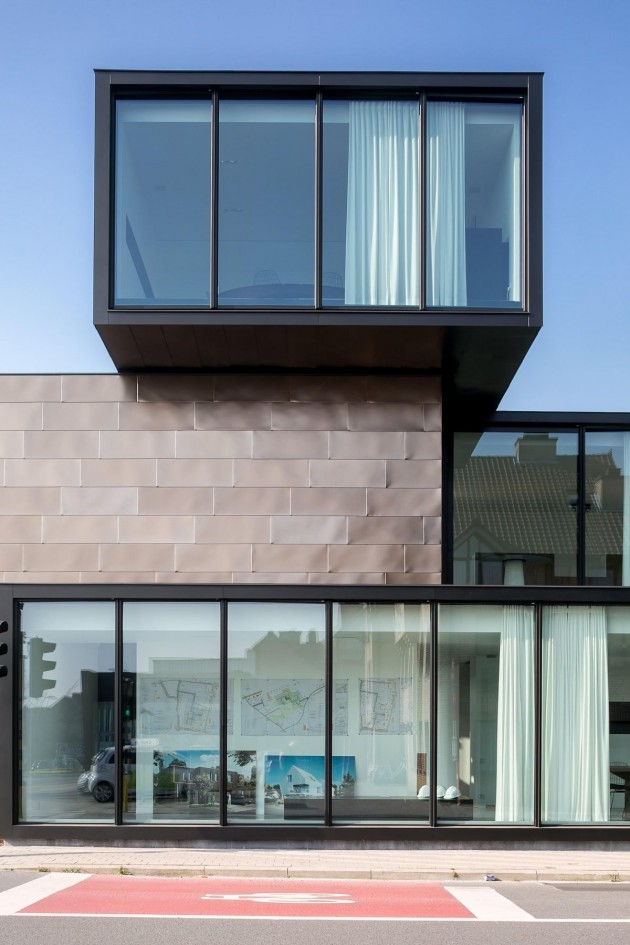 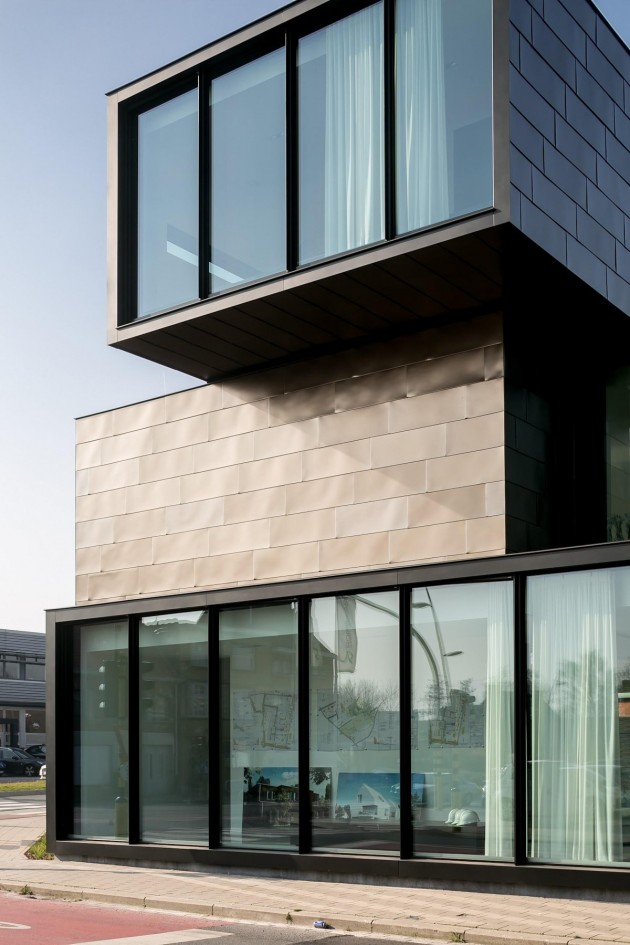 The mission as proposed by the owner and master builder (Jan Masschelein en Mathias Van Daele, Hectaar NV) was to create an office on a small corner site of a former fueling station. The building area is situated on a large traffic crossroad, making its way into the centre of Roeselare. The surrounding of the crossroad is characterized by very differentiated architecture and other urban elements. The urban and morphologic challenge on this corner site was to create a transition between townhouses, realized on the building-line, and detached houses with front gardens.

By stacking different orientated volumes onto each other, the continuity of the facades is created both in the Iepersestraat as for the garden houses, without accentuating and toughening the corner. This is the main raison the first floor of the office exceeds the building-line and the complex is withdrawn on the ground floor (entrance, window, meeting room, storage room, techniques and toilets). These 2m cantilever creates a certain depth to the building as well as several parking places. The actual office is positioned on the first floor, which is orientated towards the crossroad. On top of the office a third volume is placed, functioning as a meeting room. This volume was essential to give the building the scale it needed in the particular urban context of the crossroad.

The different volumes are detailed as stored containers, in that way the eaves continue into 5cm shadow gaps, this gives the impression of floating volumes. Every ‘container’ has 1 open front, each with a different direction and orientation, each with another relation to the crossroad and streets. This generates a visual extended ‘promenade architectural’ within the building and creates different visual connections with the environment.

The bronzed inox shingle cladding enforces the connotation of stored containers and presents the building with a warm character, certainly when sunrays sparkle. In this way the building’s appearance balances between warm and cool. One moment is has an industrial feel but transforms into a impressive gold object in a second. By opting for the shingle, the façade isn’t tight and flat but an organic surface which, depending sun, clouds, nighttime, … changes the different mood/atmosphere of the project. T-profiles provide a rhythm to the completely glazed façades. They function as guides for the sun protection screen, which were inevitable due to the east-south-west orientation of the building. In contrast to the guides, all necessities for these screens were executed invisibly within the black frames.

Within, the walls and ceiling are painted white, the floor is composed by a polished concrete floor. To create a soothing domestic atmosphere, the office is installed by detached furniture, curtains, lighting with warm colors, different uses of wood;
A light-colored afromosia is used to furnish meeting tables, the front side of the several desks, the staircase in the entrance, the different floating stairs in the hall and the flooring in the meeting room.
Integrated acoustic panels in the desks and cabinets, as well as the curtains, ensure positive acoustic qualities. During daytime it’s the buildings’ shell that glows, at nighttime, small led lines, integrated at the bottom of the windows, give the building a beautiful glow

The result is a prominent building with the right appeal for the owner (building promotor Hectaar) that gives an otherwise dull crossroad character and direction.