Branching out from lighting, LZF Lab worked together with Isidro Ferrer to create Funny Farm, a group of nineteen wooden animals that are a bit quirky. 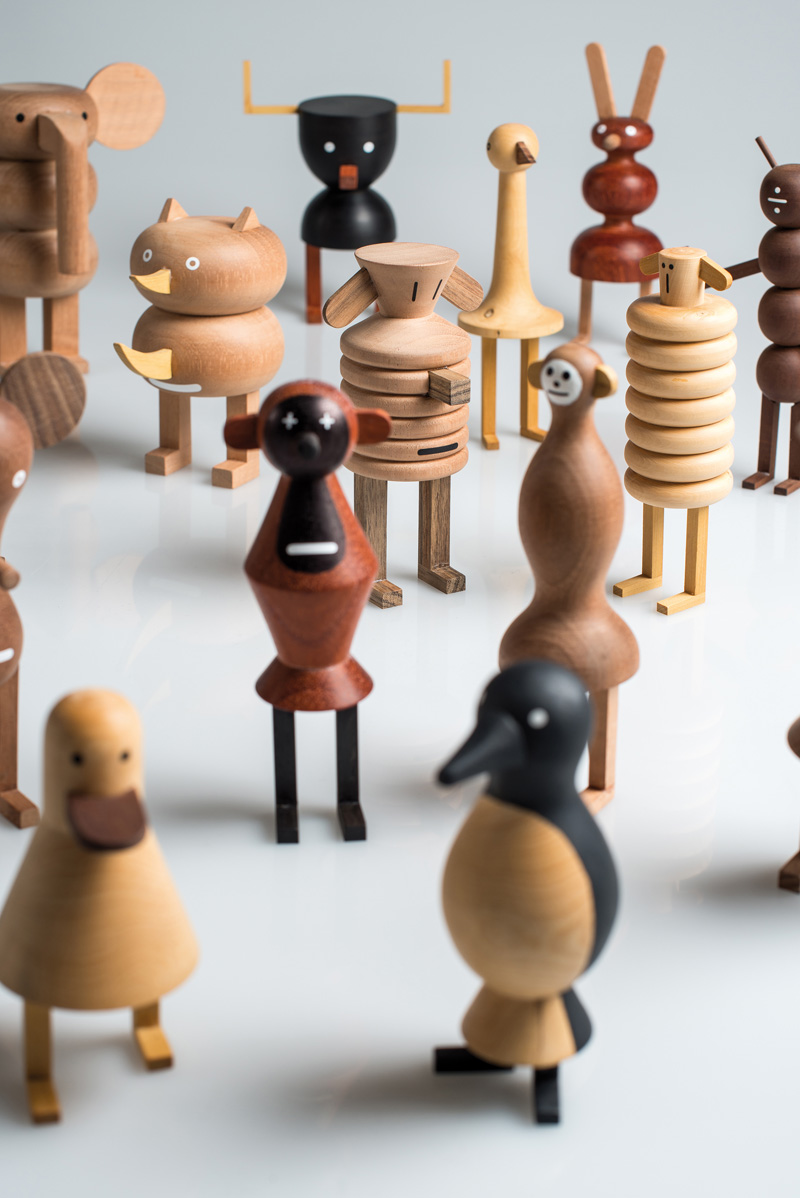 Funny Farm is a project which arises from our admiration for Isidro Ferrer, a very talented designer who has been awarded with the National Design Award, the most prestigious prize awarded in Spain to a designer for his career achievement. 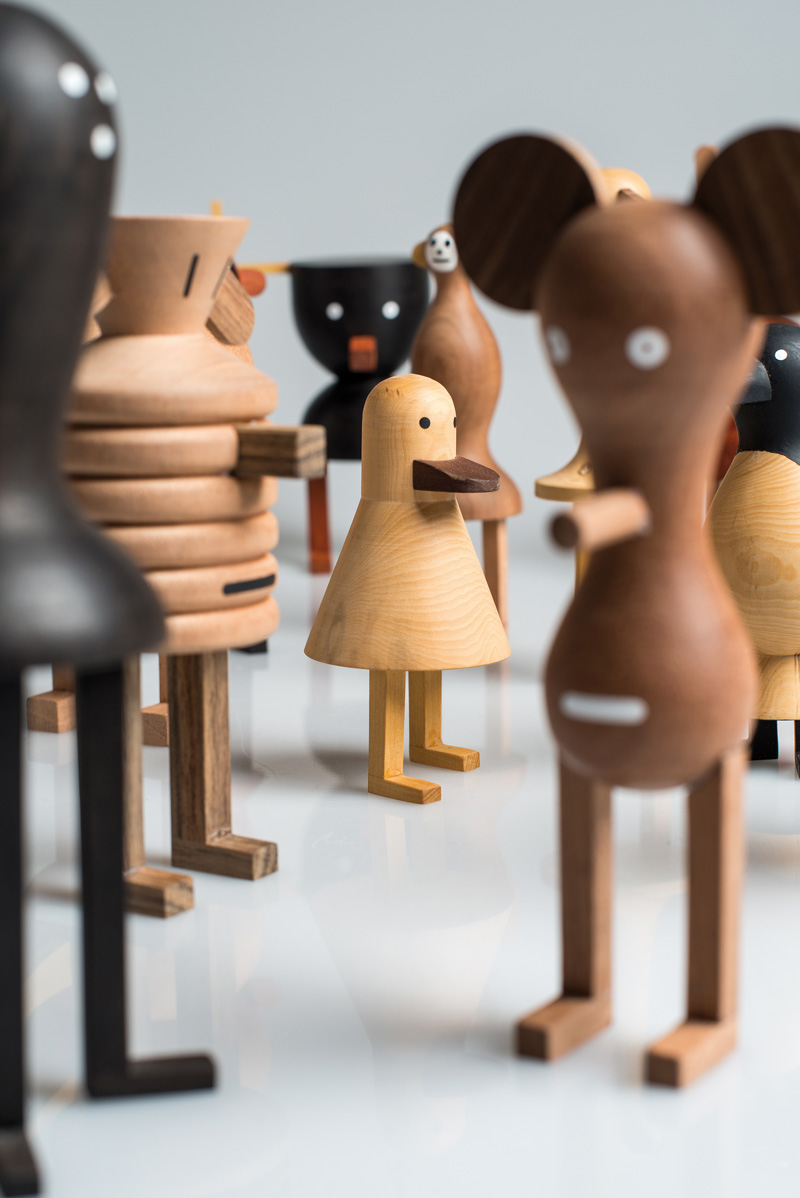 We had already worked with Isidro Ferrer in 2008 for the design of our logo, and we knew we wanted to work with him again. We called him one day and proposed to develop something for LZF. When we said something, we meant exactly that: something, without briefings, without conditions, with absolute freedom. He accepted and began to brainstorm ideas and study our products. 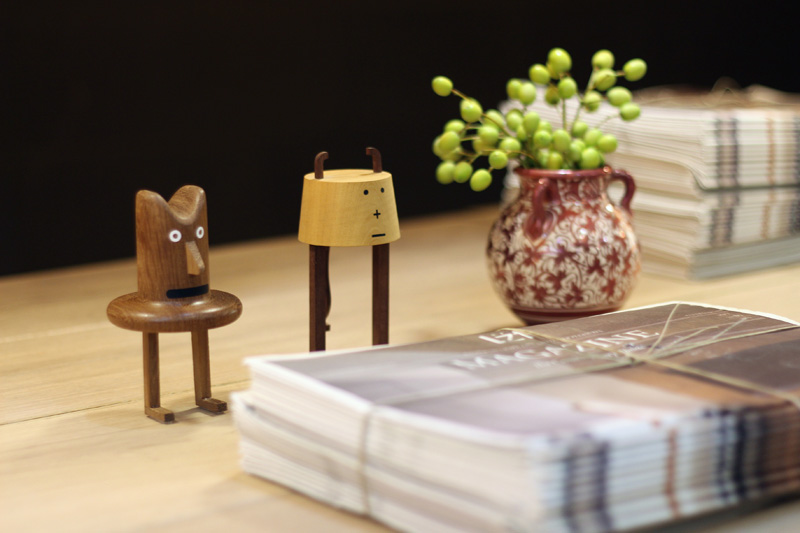 “…On the one hand, I knew right away that I would use wood and that the richness of the colours of LZF’s lamps would be present in the project. On the other hand, I was looking to develop something unique and original, something completely different from what LZF had been doing until then. 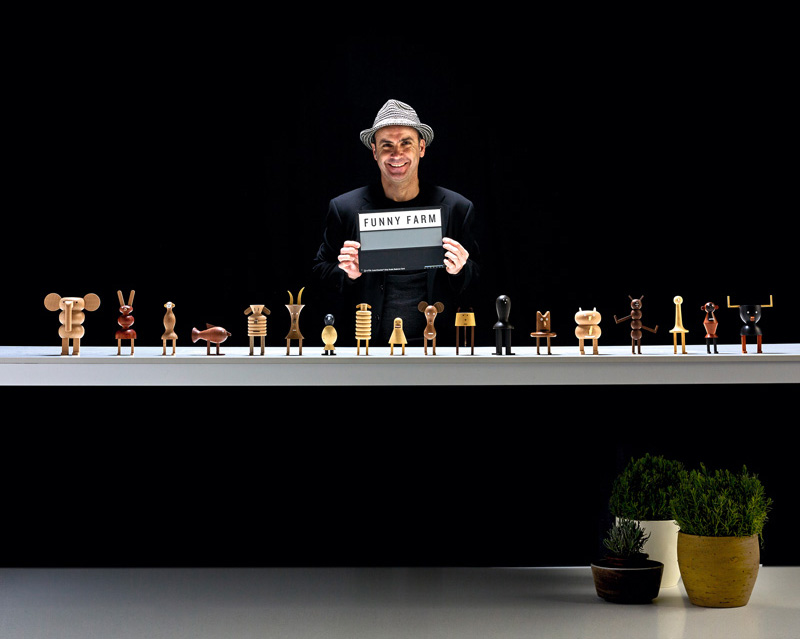 I began to experiment with the shape and the look of their lamps, and began to play with small wooden pieces inspired by the morphology of their products. My experiments led me to a peculiar, funny family made up of nineteen wooden animals, including, among others, monkeys, a fish with legs, elephants and rabbits. That was when knew I had created the Funny Farm”.