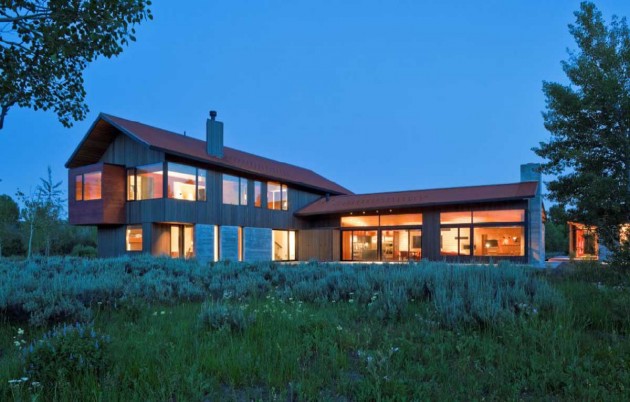 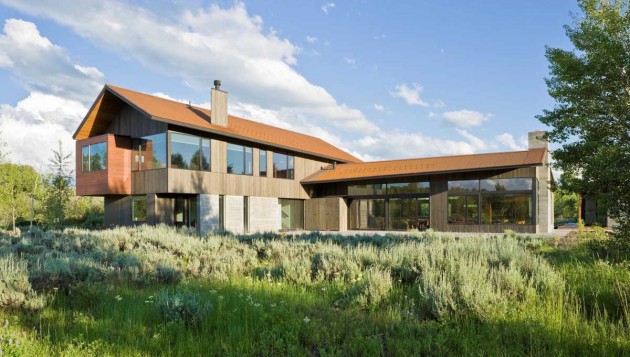 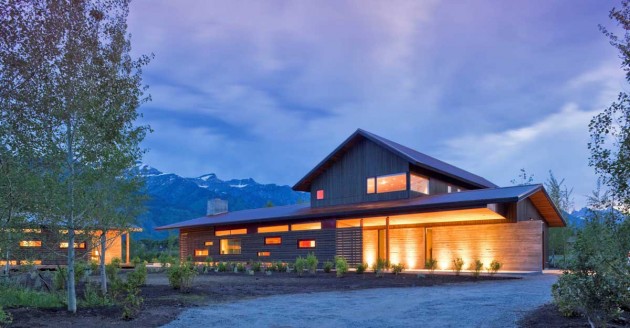 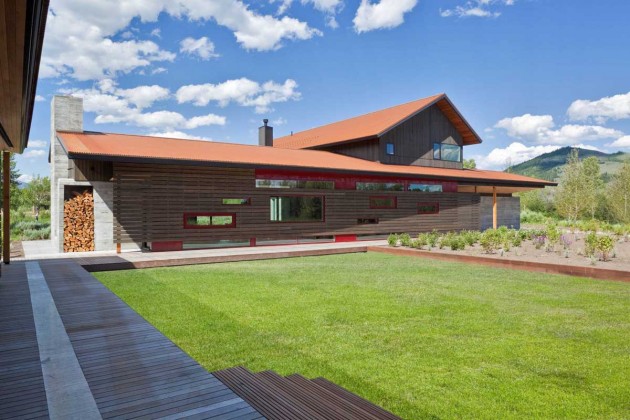 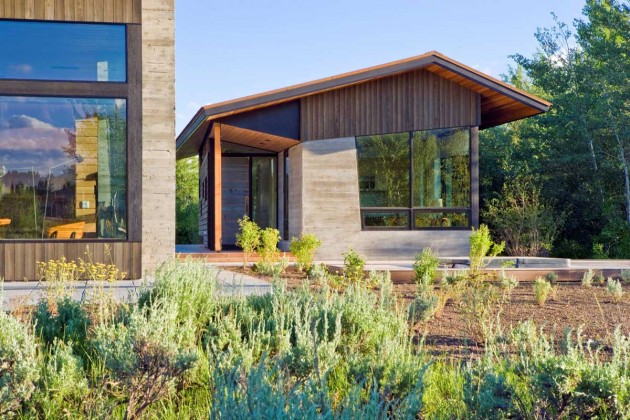 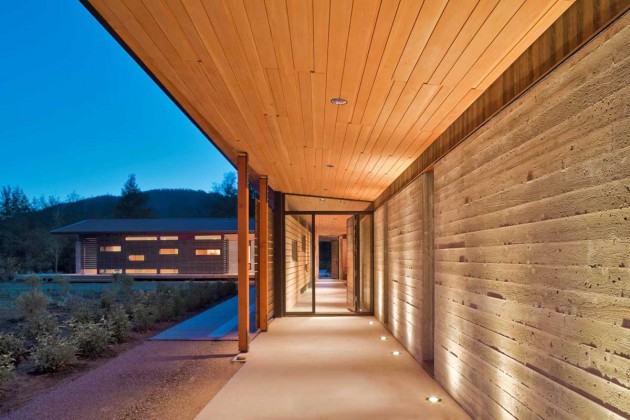 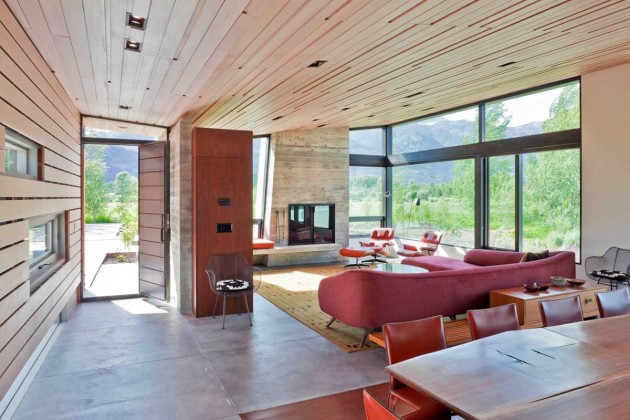 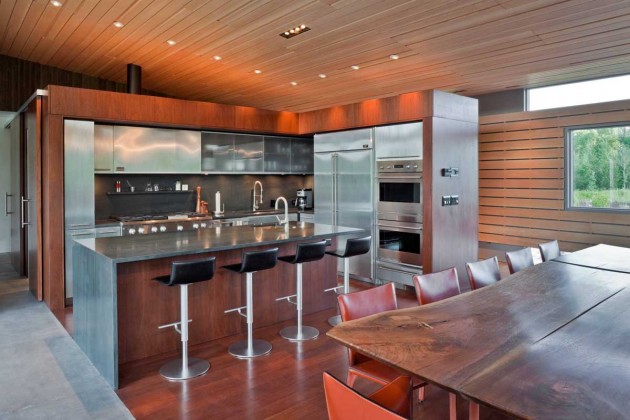 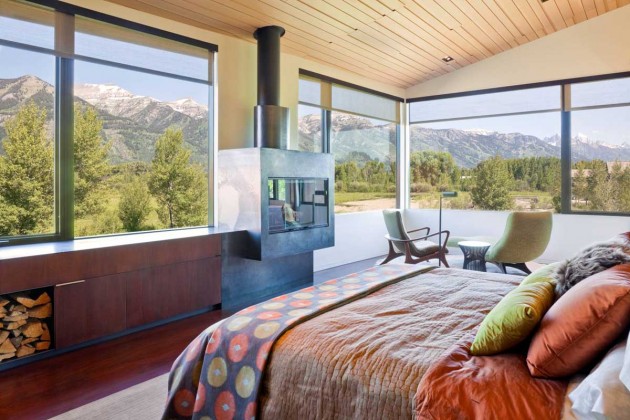 The long drive opens onto the intimate entry court. A concrete wall which extends into the landscape marks the entrance and defines the major circulation spine of the house. Public spaces open off this axis toward the views to the mountains. Secondary spaces branch off to the north and south forming the private wing of the main house and the guest cabin respectively. With regulation restricting the roof forms, the structural trusses are shaped to lift the ceiling planes toward light and the views of the landscape. The placement of the buildings, as well as their enclosure, one’s perception of interior space extends to the exterior and the landscape, blurring the distinction between the two.