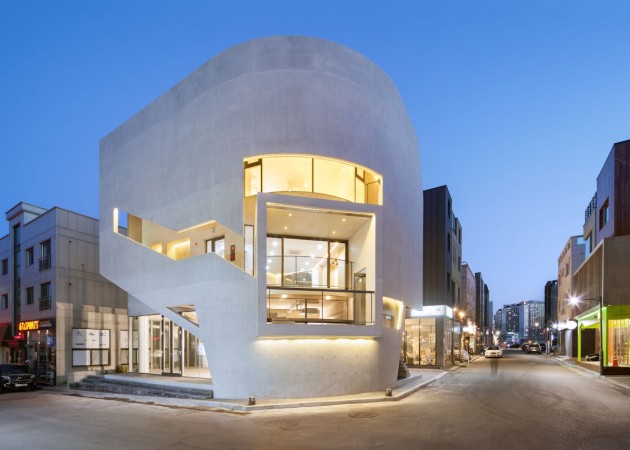 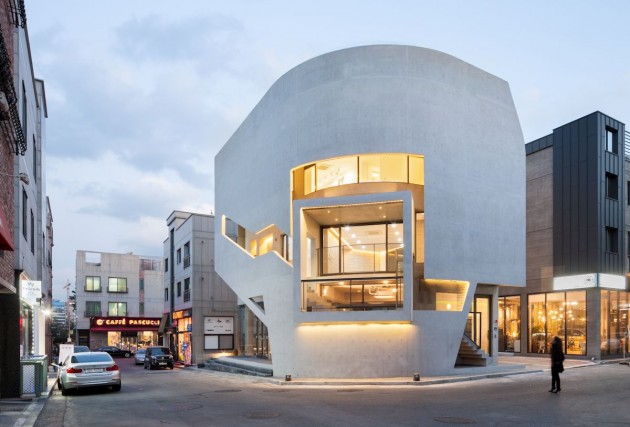 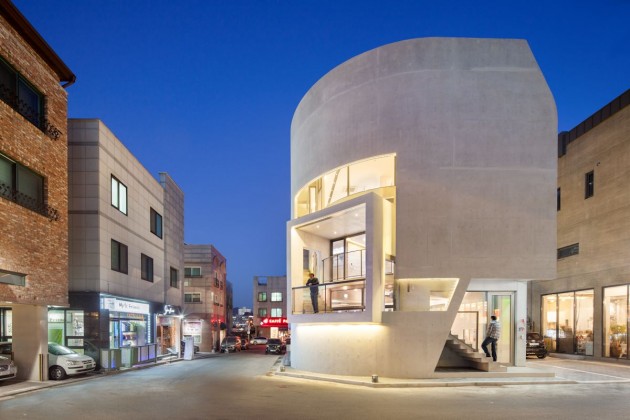 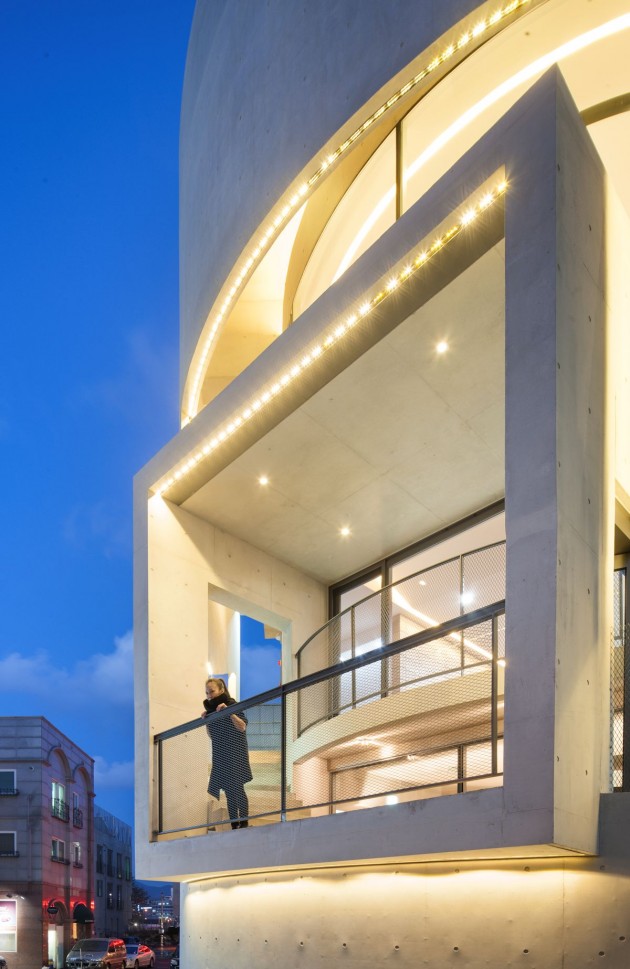 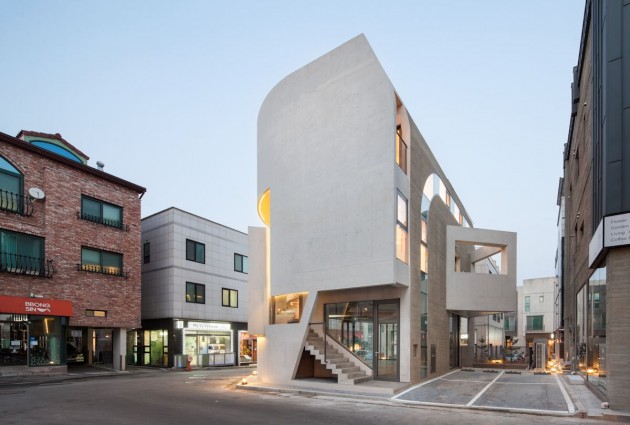 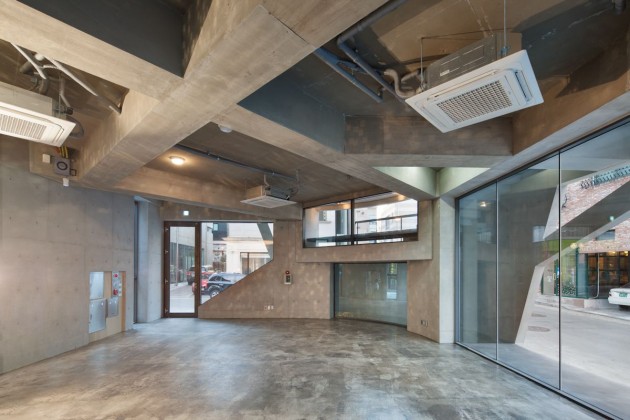 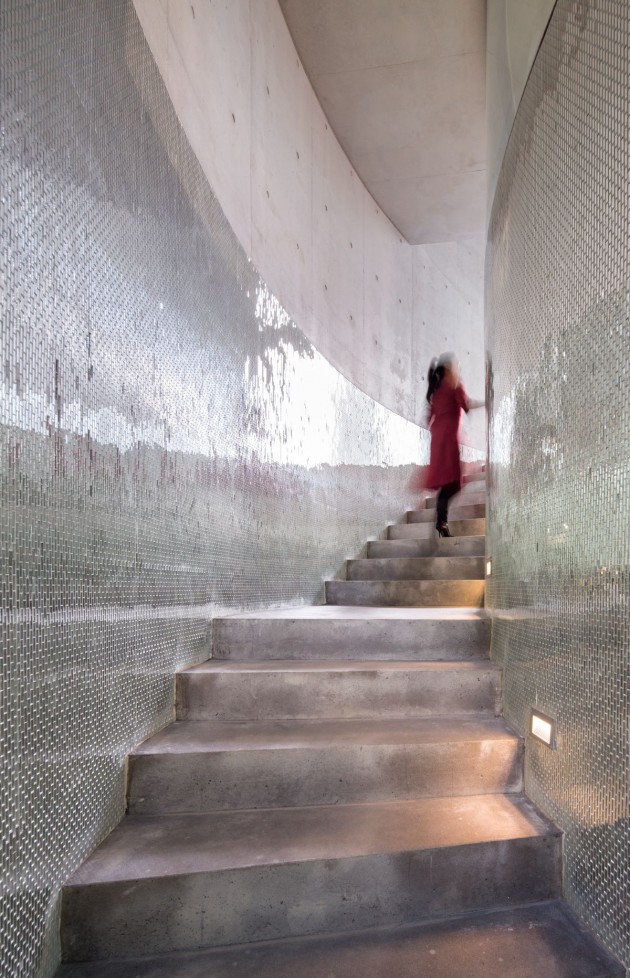 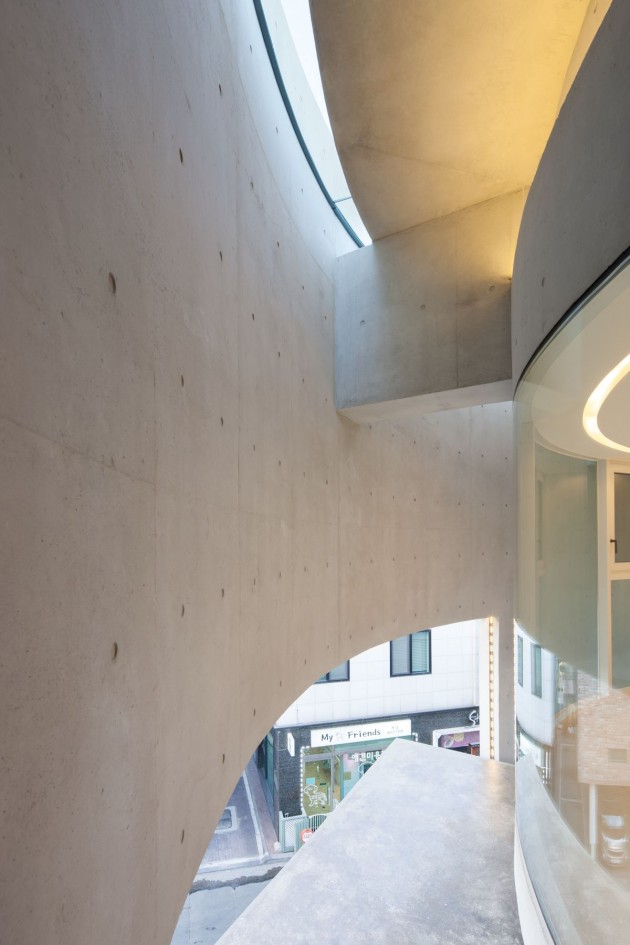 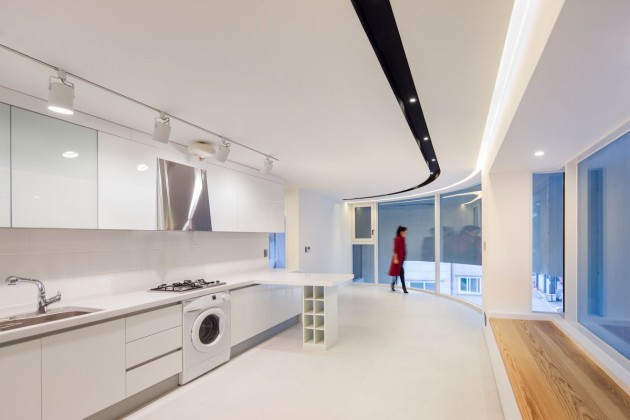 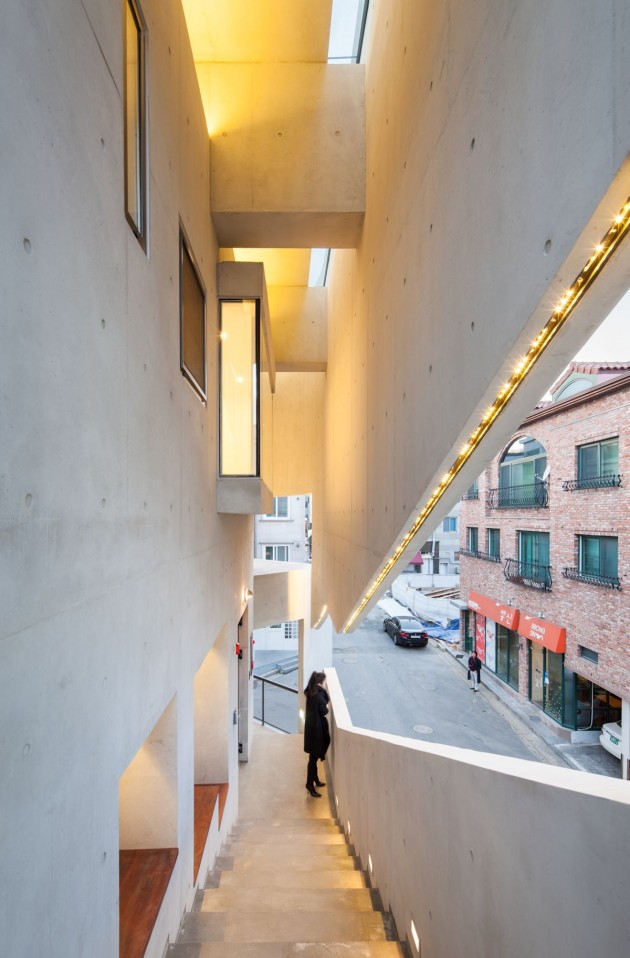 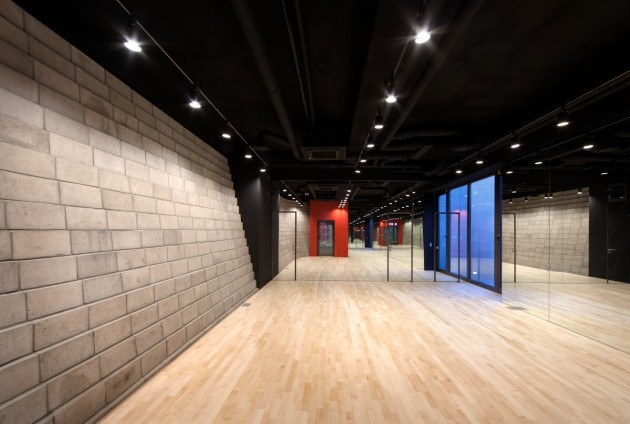 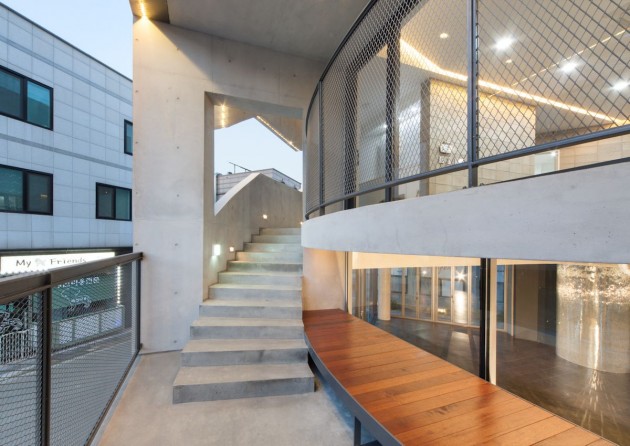 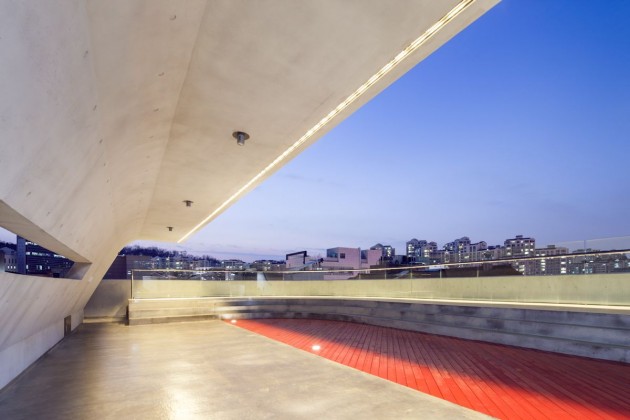 Baekhyeon-dong is divided in almost equal parts by its main café street. The buildings in the surrounding areas are similarly subdivided by their function; the lower and ground levels are commercial, and the first and second levels are typically residential. Amidst this sea of homogeneity, these structures engage in a quiet struggle for distinction, through the variation of form and materials, Of these, the building at street address number 582 is a music agency owned by an IT company. Sitting at a fortuitous corner, it serves as a rare contrast to the numerous other constructions in Baekhyeon-dong that fail to make the most of their locations.

The project was pretty much unrestricted, apart from the two requests: to create the most outstanding building in the entire region, and to make the rooftop spacious enough to accommodate parties. My biggest concerns for the project were to maximize of its character, corner, in the most impressive manner possible, and to create a natural flow of circulation leading up to the structure’s rooftop. Amongst a variety of options, I chose to go with curved walls, which created the illusion of two-side walls forming a continual whole, as well as two different roads appearing as one. The resulting scene played out have a unique design, as well as linking the building to its context. A stage was inserted into the curved surface, next to the stairs climbing up to and above it, here moulding the streets into seats for the audience and the staircase as alcoves.