KZ architecture have added an extension to a home in Florida by creating an artists studio. 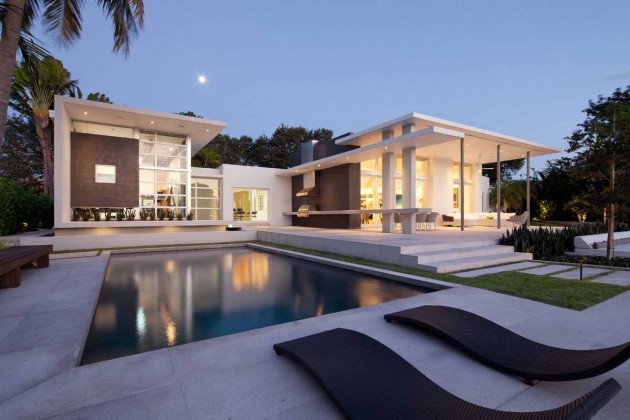 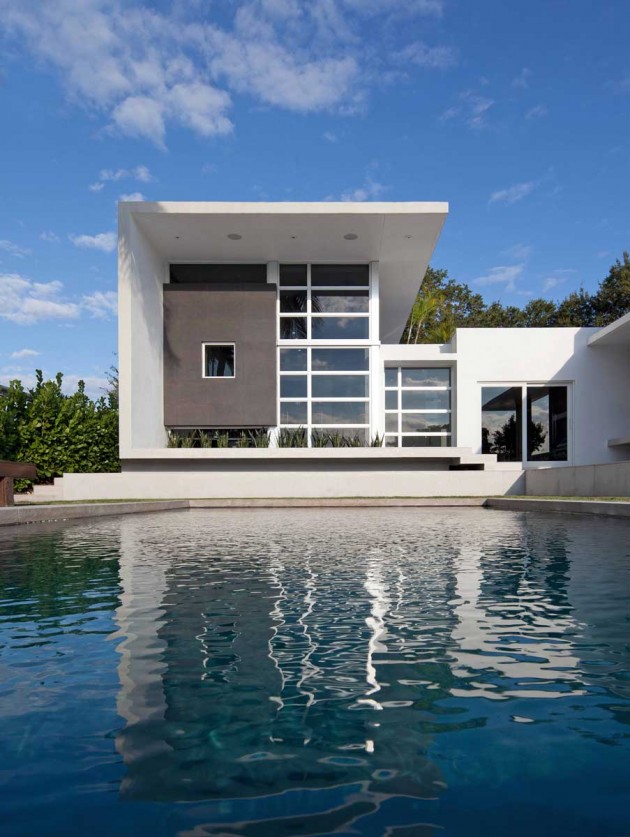 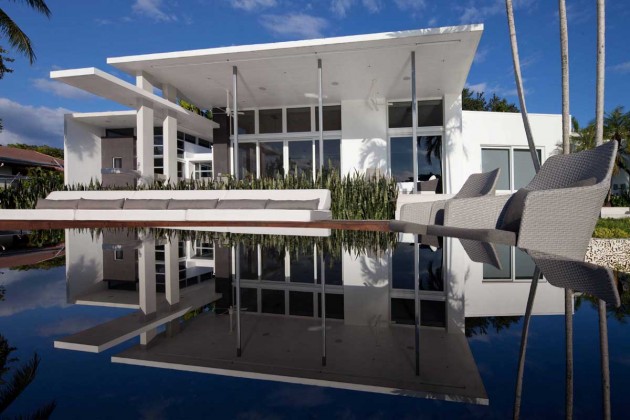 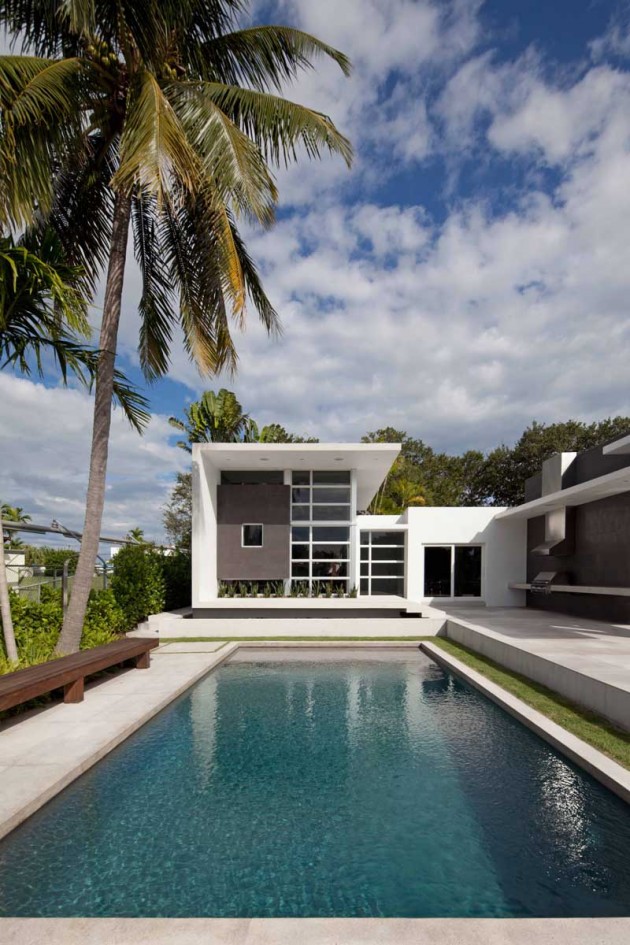 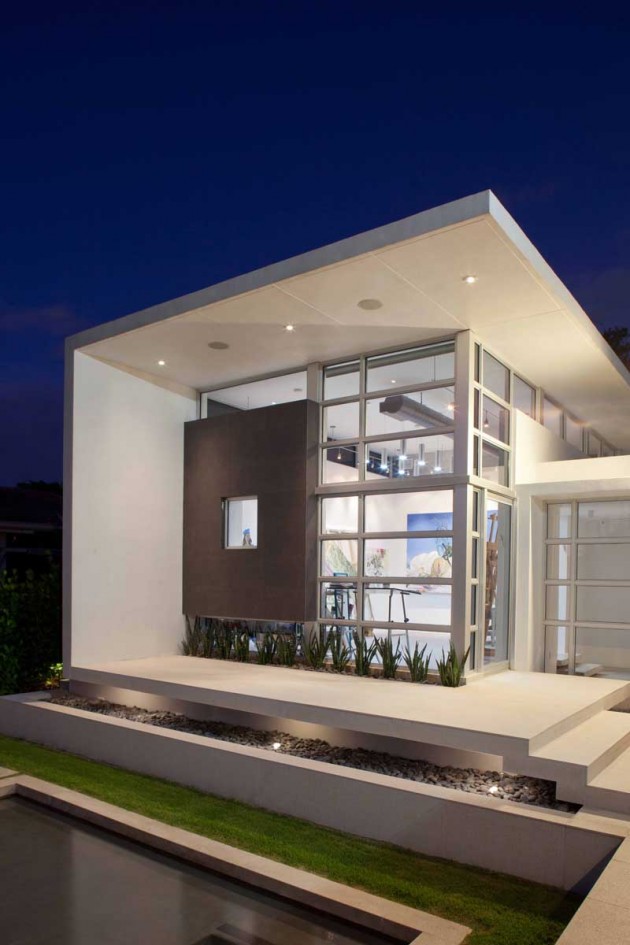 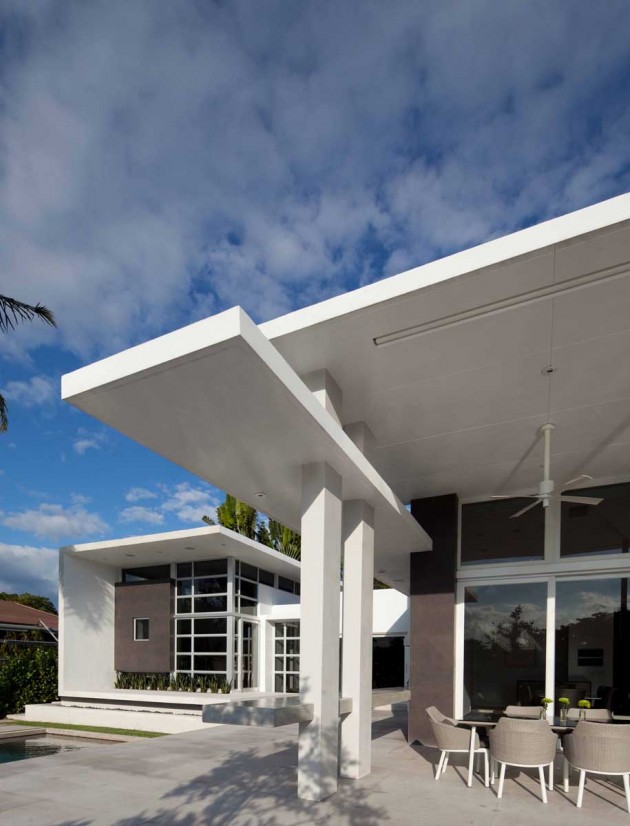 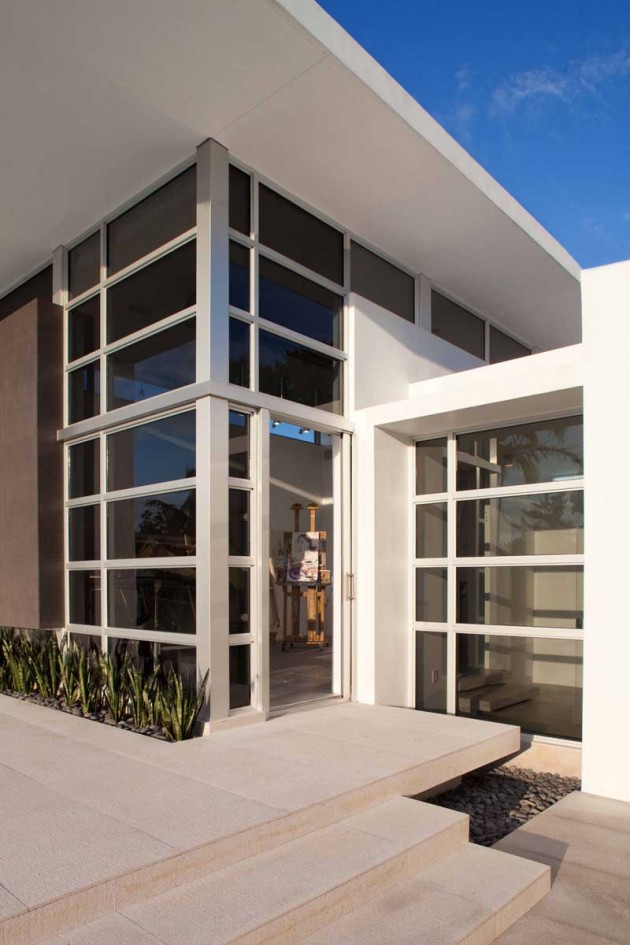 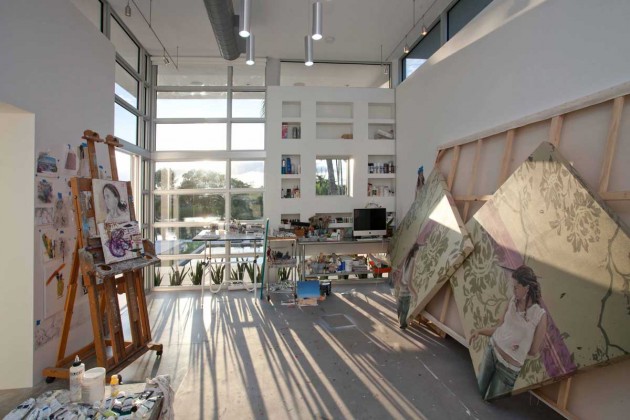 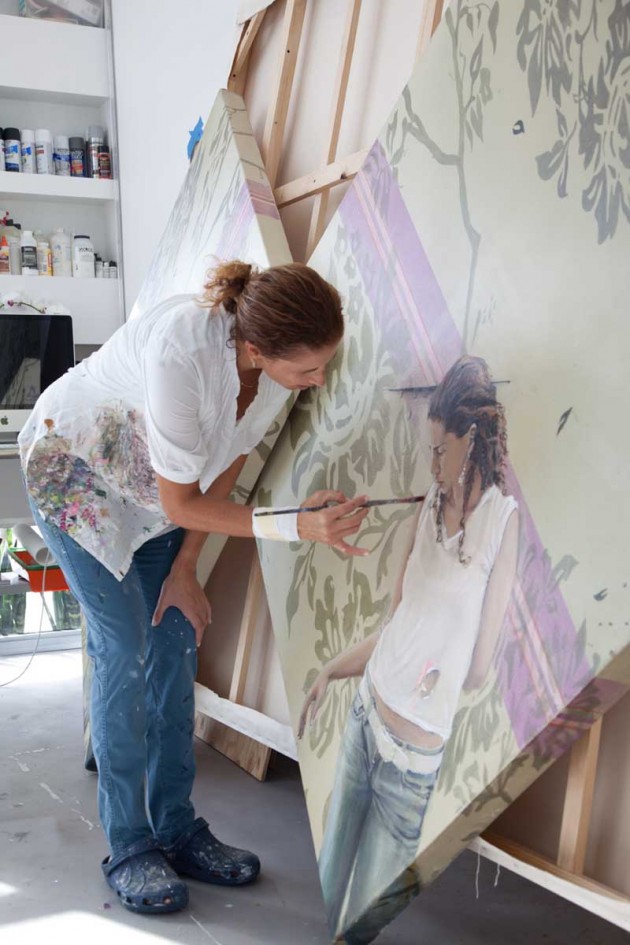 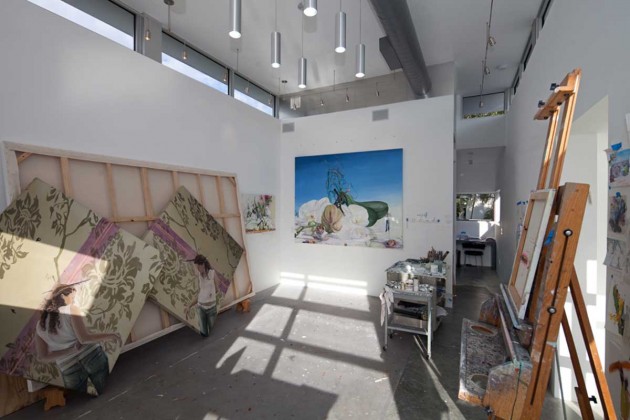 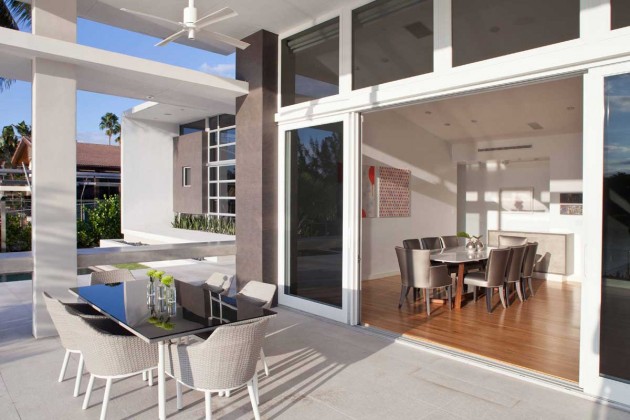 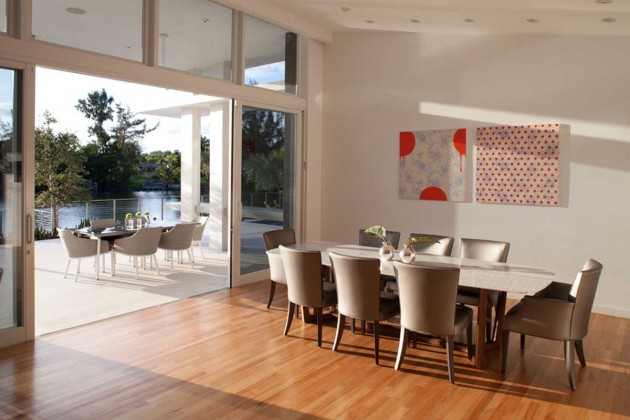 Nestled between mature oak specimens in the front and a lake in the rear, the 4,800 one story vanilla box home was begging for a connection to its sub-tropical setting. The vast open, yet decaying spaces in the rear of the 23,000 sq ft site were in desperate need of an intervention. The opportunity presented itself when our clients, a couple with three children, approached us with the request to add an artist studio for the mother–a painter– on the Northern edge of the property. They also wanted to re-design the outdoor areas which consisted of a worn out fabric canopy, a pool, and a large expanse of unusable open space which sloped down to the lake.
The client’s needs included a painting studio with ample work and wall space as well as vast amounts of light, an office and a bathroom; outdoor terraces, as well as a Bar-B-Q area that would support serving and entertaining functions.

Designing the studio as an anchor for a series of outdoor spaces, the addition/intervention strived to shake the existing structure and connect it to its beautiful natural setting in order to celebrate South Tropical indoor/outdoor living.

The 800 square foot studio addition seems to float above the home’s new terracing, helped by a floor plate that extends beyond the edge of the studio and is lit from underneath. Windows that face South and West are shaded by deep overhangs, while North-facing clerestory windows have no shading device, making certain the studio is filled with indirect, natural light by day. The front of the studio, facing the lake has a large storefront façade next to a large wall framing a small, square window, in a way acting as signage that this is indeed a working artist’s atelier.

The outdoor spaces were designed with the help of a series of floating slabs to the South which provide balance for the studio structure on the North. The interplay of sliding planes, lights and darks, solids and voids echoes the tools of an artist at work, while fulfilling specific functions: The two tall concrete columns help separate the outdoor living space from the pool area as well as provide structure for the upper and lower canopies. The upper canopies provide coverage for outdoor living and sunshades, while the lower canopy serves as food prep and serving space for family gatherings.

Despite the restrictions and limits on glazing/mullion ratios of the South Florida hurricane building code, the project aimed to connect the interior spaces to the outdoors in every possible way. This included large sliders, plantings at the edge of both, the studio and the covered terrace areas, as well as the linear canopies that thrust the entire setting towards the lake.

The end result is one that connects our work to the essence of place and purpose: the new outdoor rooms reenact the outdoor Florida living experience of the 40s and 50s prior to the advent of central air conditioning. To quote our clients, “they are the most lived in spaces of our home” and thus stand as testimony of all that South Florida living can be.