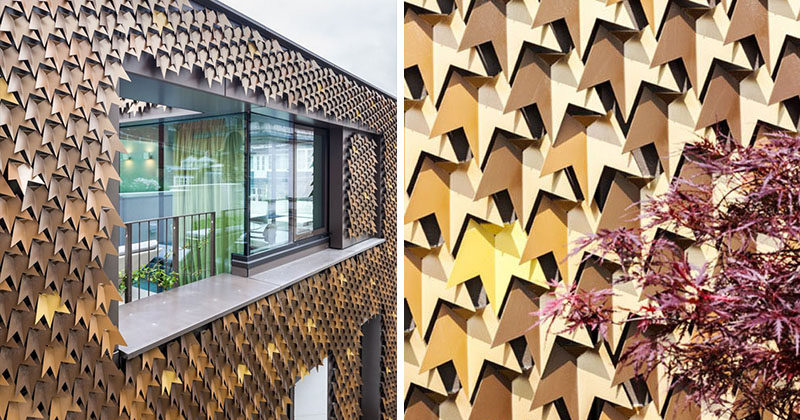 Squire and Partners looked at the surrounding neighborhood for inspiration when they were designing a unique creative facade for this home in London, England. Ivy leaves and shingles were two things their attention became focused on. 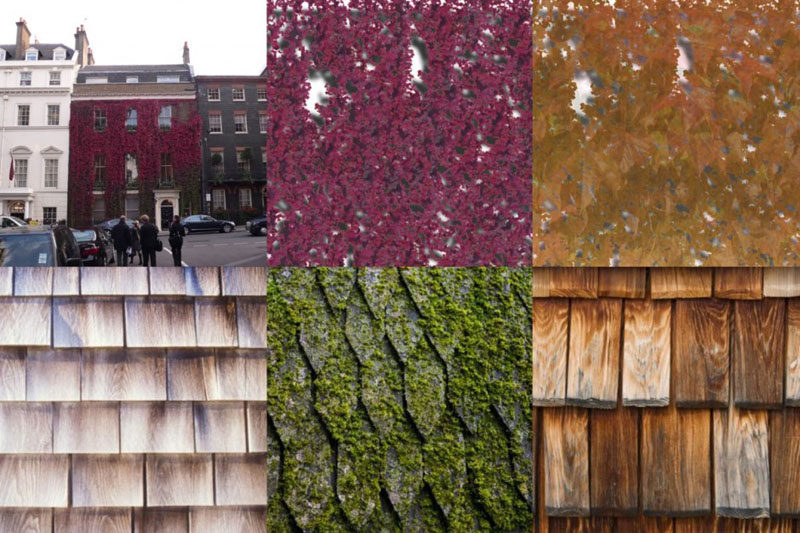 Here’s a look at the process they went through to create the final leafy facade. The concept was designed over a three-year period, where the designers worked closely with Swiss manufacturer Tuchschmid. 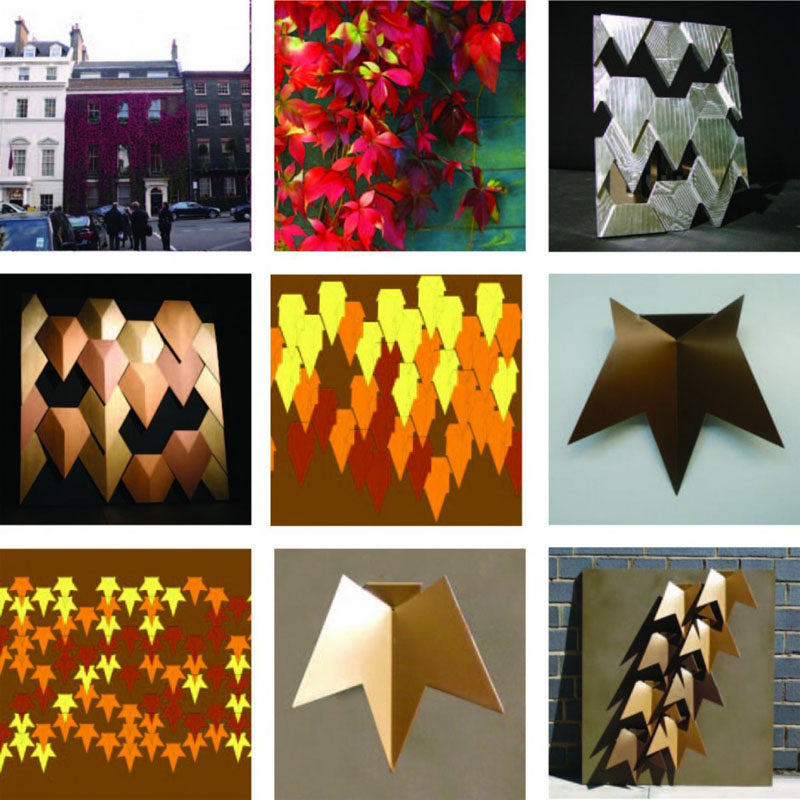 The leaves were crafted as a metal shingle. 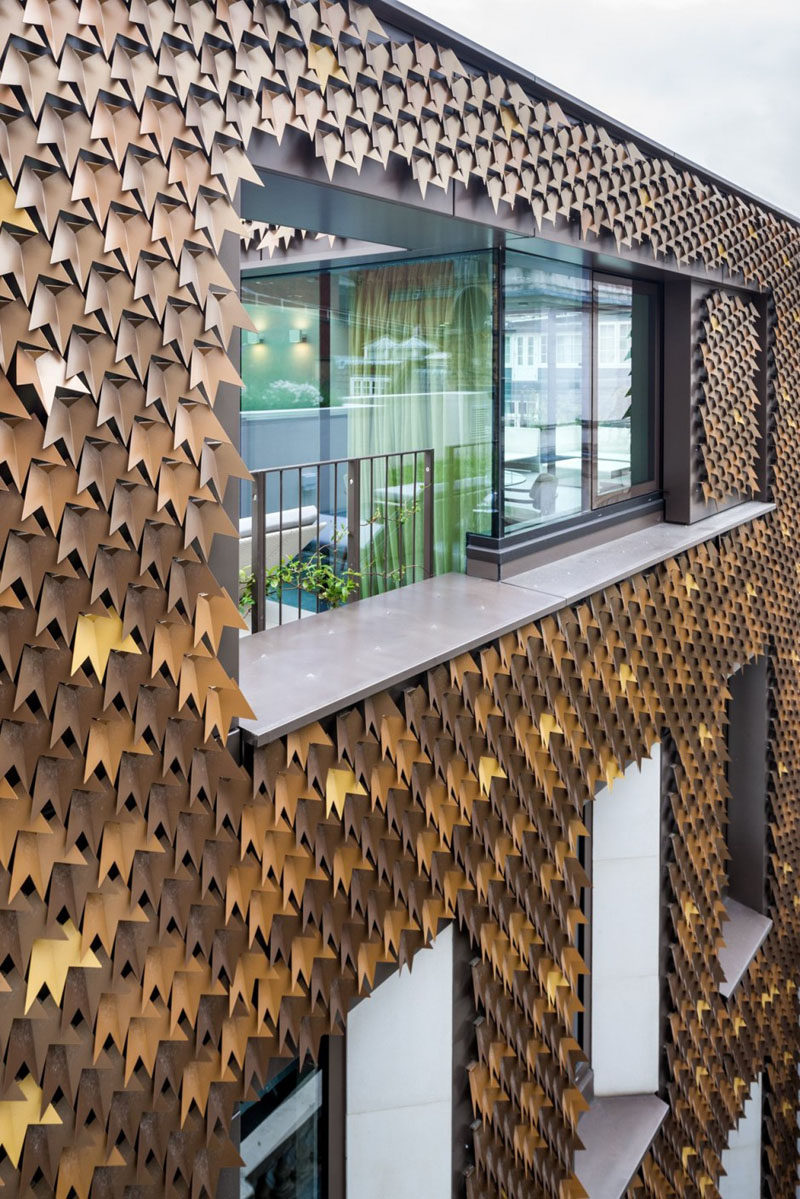 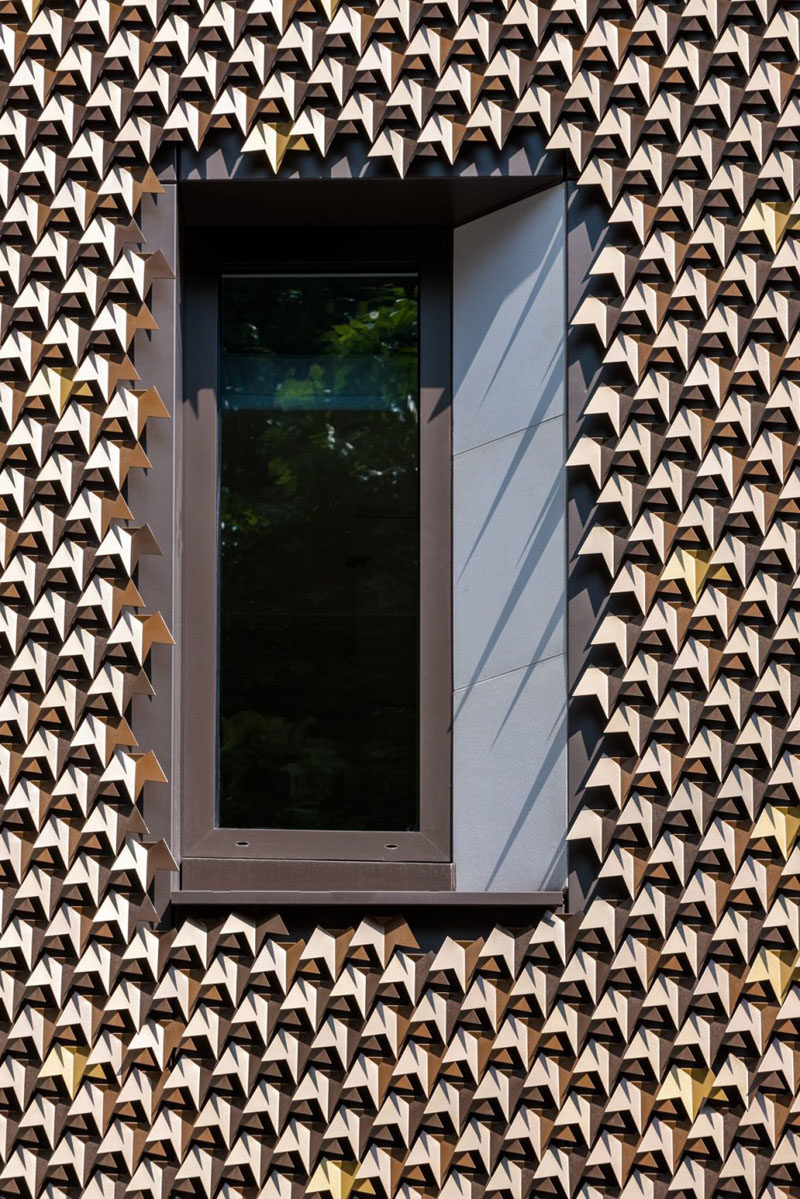 Here’s a closer look at the leaves and how they attach to the side of the home.