‘Let’s Sit and Talk’ by sculptor Marie Khouri is currently on display at the Equinox Gallery in Vancouver, Canada. 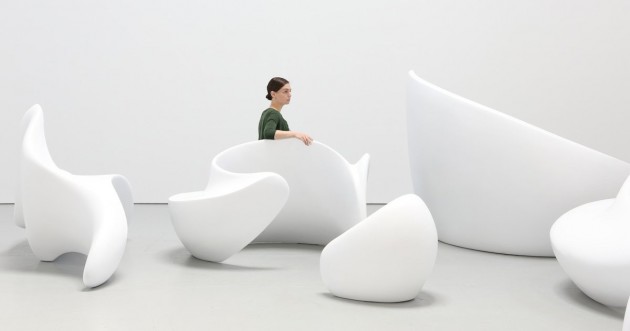 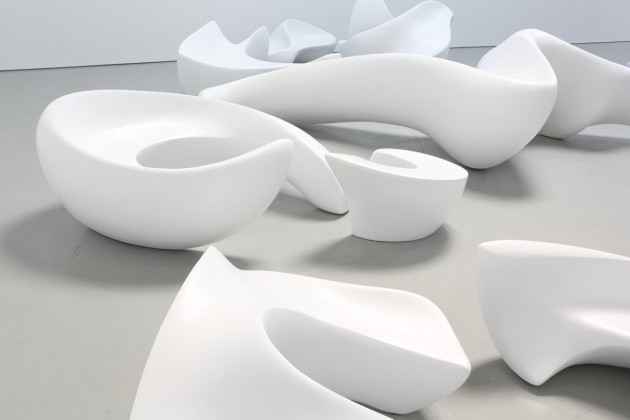 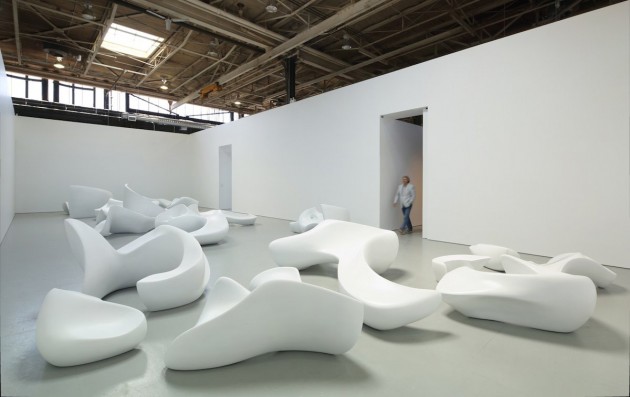 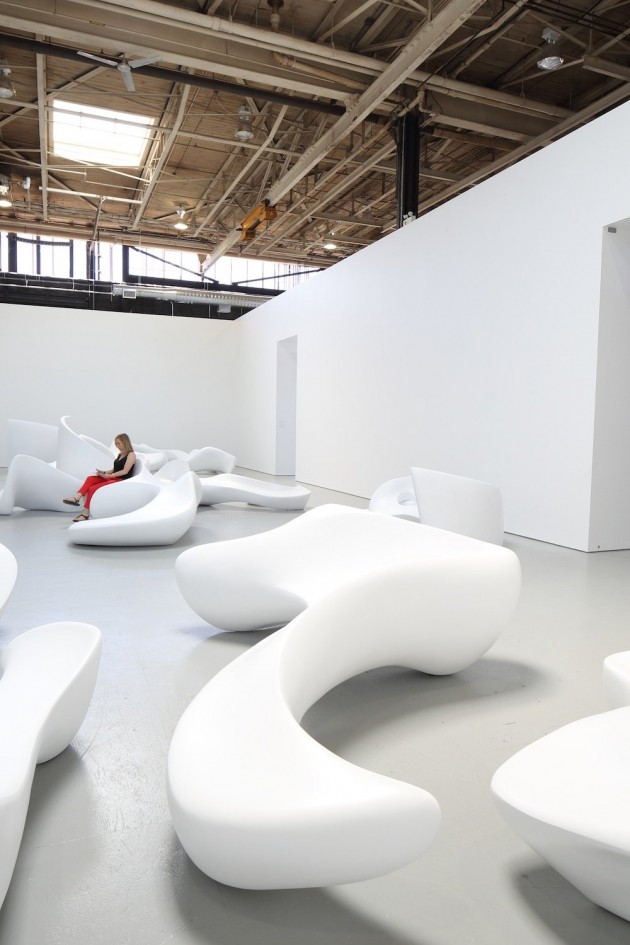 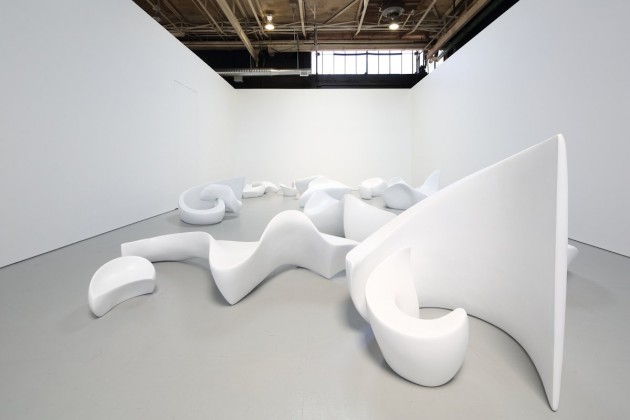 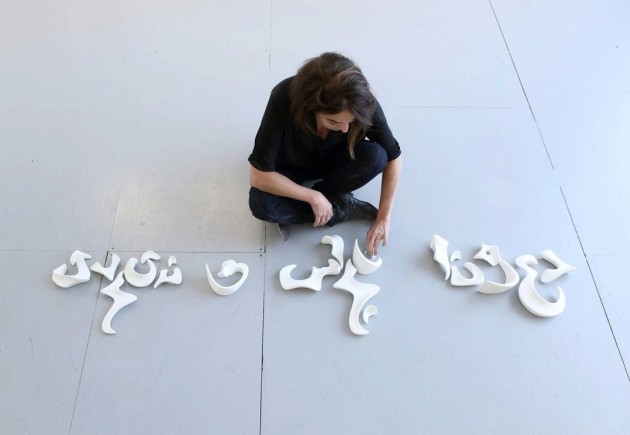 Born in Egypt and raised in Lebanon, Vancouver-based sculptor Marie Khouri has developed vast range of cultural and historical influences within her practice. With a childhood interrupted by the assassination of her father during the Lebanese Civil War, Khouri was relocated to Spain and Italy, finally settling in Paris where she was classically trained in sculpture at l’Ecole du Louvre. Khouri’s work resides at the often-tenuous place between art and design, suggesting a lack of boundaries reminiscent of modernist thinking best epitomized by the Bauhaus School. Despite their formalist impulses, the sculptures she creates are not without feeling. Greatly influenced by Henry Moore’s idea of direct carving, Marie Khouri’s sculptures blend and extend metaphors of language, form and the body to propose an inextricable link – both political and personal – to a life deeply affected by the complex histories of the Middle East; and it is from these histories that her most evocative works emerge, rooted in a profound sense of dislocation and a search for a greater sense of place.

The artist’s newest and most significant work to date stems from a place of reconciliation and thoughtful consideration. Entitled Let’s Sit and Talk, this large-scale, hand-carved sculpture spells out its namesake in flowing Arabic script, while discretely doubling as a highly orchestrated seating arrangement. As the viewer moves around the piece, hiding places and vantage points for furtive observation reveal themselves. The individual letters have carved-away alcoves and curves designed to comfortably cradle the human body while the forms themselves mimic those of a reclining figure, allowing for the development of symbiotic relationship between the physical body and the symbolic figure of the sculpture. The inspiration for the complex lines and intricate negative spaces created from the sculpture is born from two of the artist’s ongoing interests: firstly, the script of her native language, Arabic; and secondly the intricate patterns of the Mashrabiya, carved wooden screens used for privacy between the inside and outside world in traditional Arabic homes. Where the calligraphic nature of the Arabic alphabet serves as a symbolic as well as structural component of the piece, the function of the detailed designs of the Mashrabiya is referenced more obliquely as Khouri uses the optic tension as thematic for her formal choices.

Like much of her oeuvre, each sculpture is formed through an extensive hands-on process that employs traditional sculpting techniques alongside contemporary innovations in material and building standards. Within this highly sophisticated material, her timeless forms remain firmly situated in the contemporary moment. As the flowing arabesque-like shapes and minimalist material impulses unfold, so does the whole of the piece – Let’s Sit and Talk – a call for conversation and communication between all cultures.