Parsonson Architects have designed an addition to an early 1900s villa in Wellington, New Zealand. 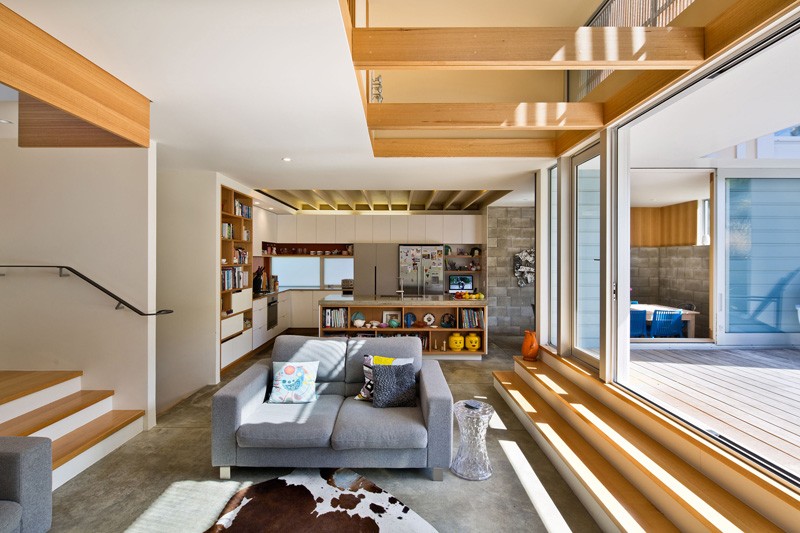 The family had lived in this early 1900’s Villa for several years before embarking on alterations. It was a typical villa layout, rooms running down each side of a central hallway with a view to the laundry, toilet and kitchen areas at the rear. 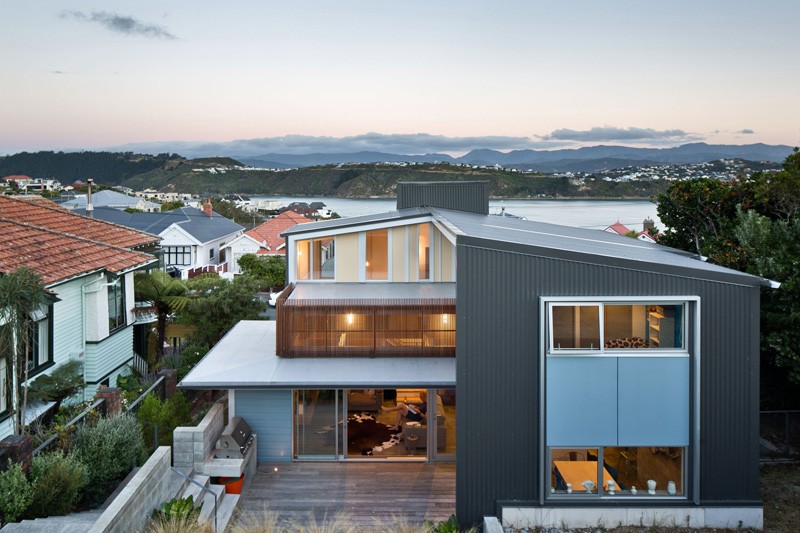 These received the best late sun, but were nestled up against a retaining wall holding up the bank rising up to the rear of the site. The house felt disconnected from the rear of the property and the owners needed extra living space and two more bedrooms for their growing family. 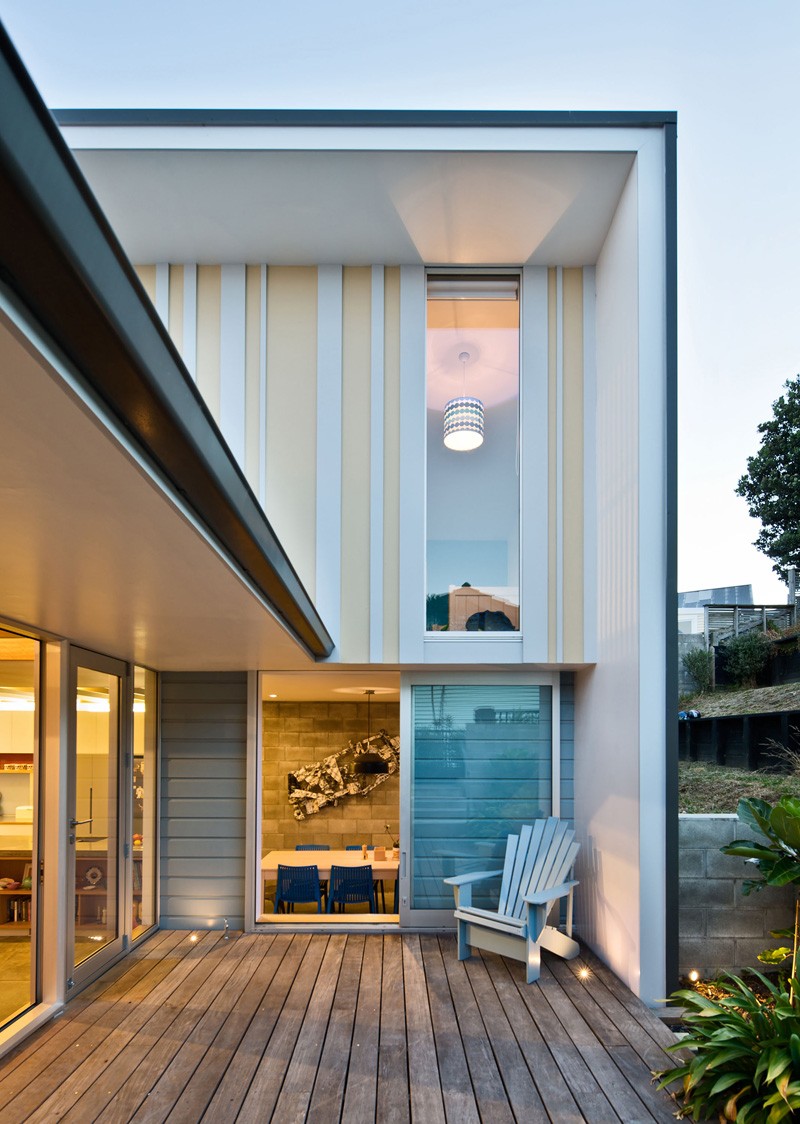 Together with the clients we decided to divide the house in two, the old villa and the new extension. To accentuate this difference and to connect the house with the sunny rear part of the section we created a series of concrete platforms with wooden steps between creating a new elevated family living space leading up to a larger sunnier rear courtyard. We placed the two new bedrooms and a bathroom above the new living space. 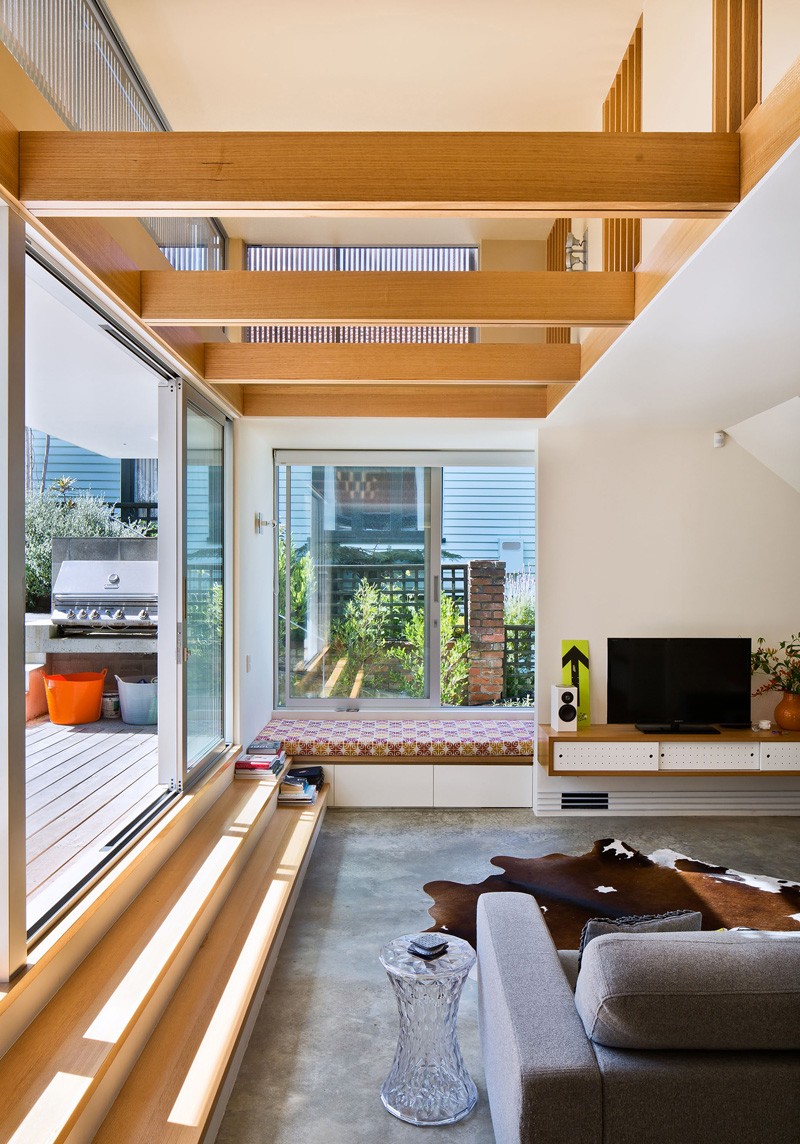 The roofs and outer walls of the extension are created in the same corrugated colorsteel as the old house, but are folded to suit the functions they enclose and dodge the WCC building envelope. 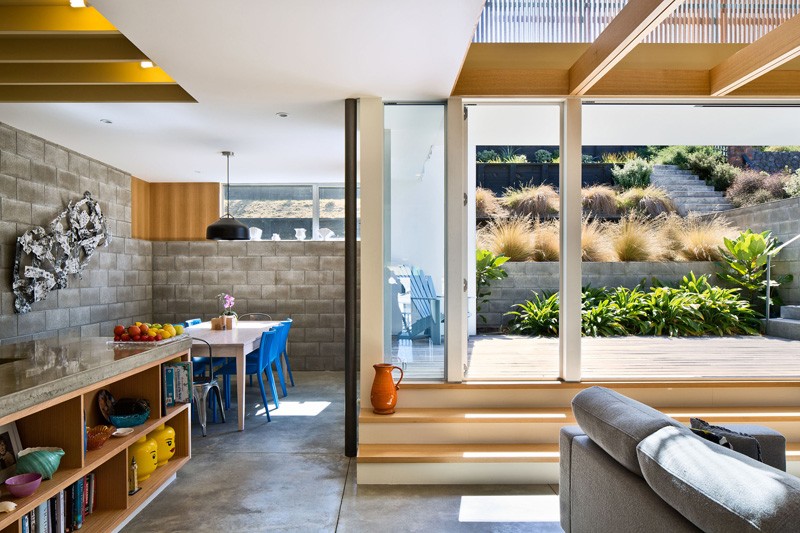 The new living space is located directly at the end of the villa hallway. The space is visible from the front door with the steps and a raised clerestory roof lifting the eye up to the rear of the property and giving a sense of invitation. Glazing of the clerestory is behind timber slat work to filter the late low sun. 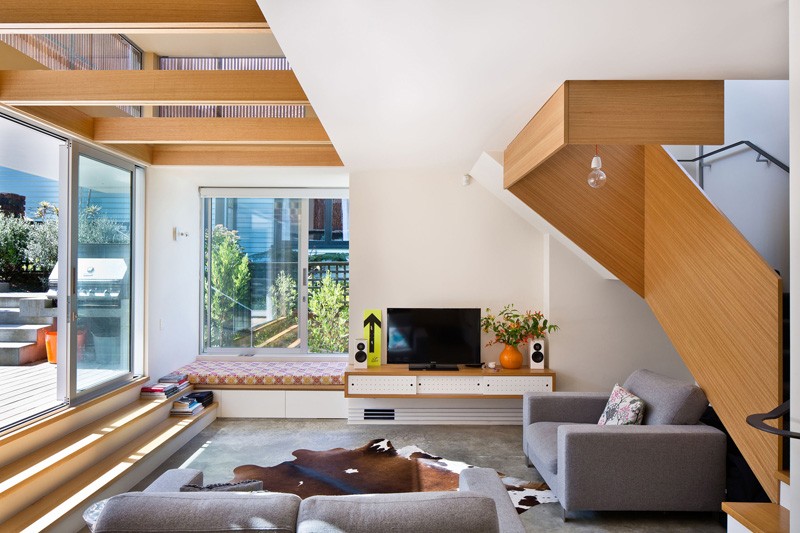