You can watch a video of the installation – here 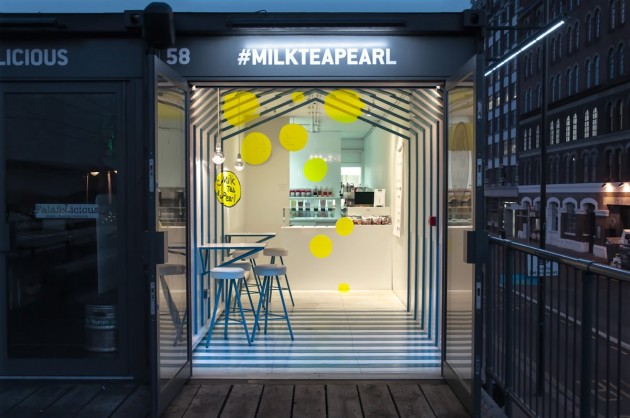 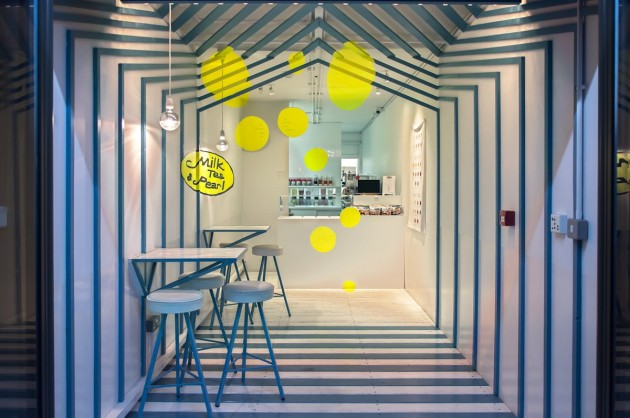 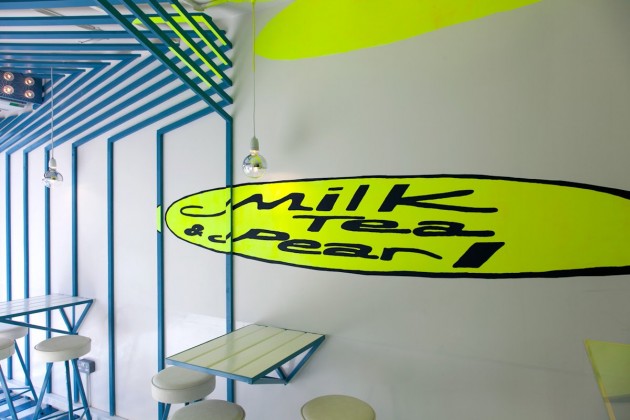 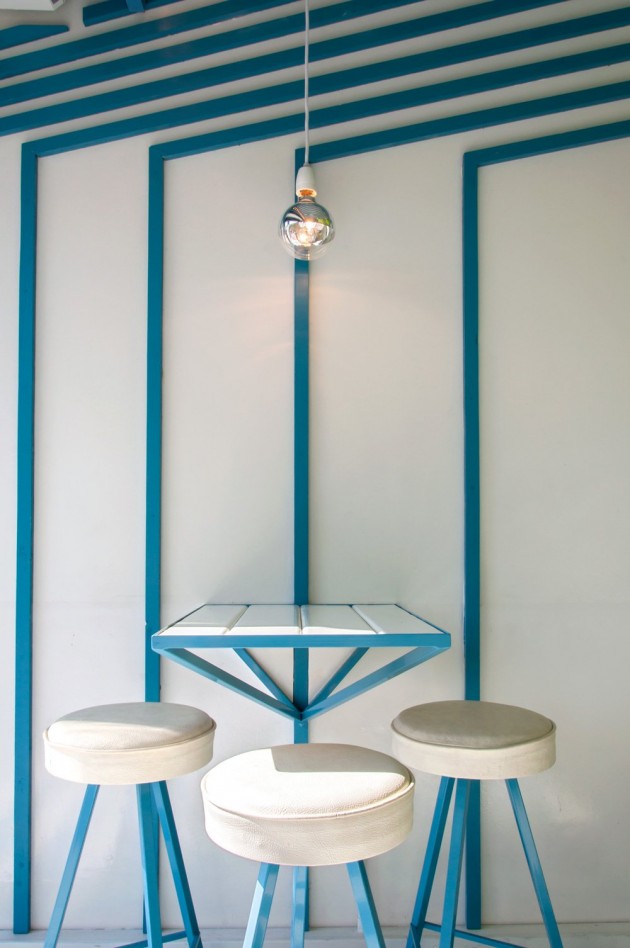 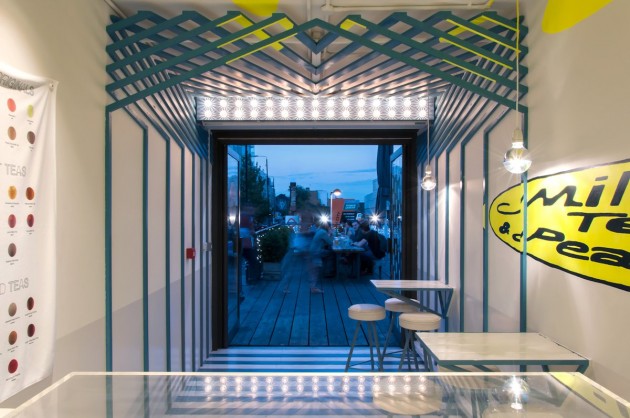 Commissioned by Milk Tea & Pearl, the brief was simple – to provide a refreshing, memorable interior. The shop is located at Boxpark, a temporary shopping centre made from cargo containers, in the London borough of Hackney.

Design
The guiding vision for the shop has been a design response to the physical constraints of the existing interior space – a long, narrow, tunnel-like cargo container in which the shop resides. As cargo containers were developed to improve efficiency in shipping rather than human occupation, the scale and proportions of these containers were therefore a major constrain which the design aimed to tackle. Referencing the Baroque where perspective tricks were deployed to make interiors to appear higher or deeper than reality, we reversed such strategy by using geometric lines and taking advantages of false perspective to make the space appear shallower
and wider.

We designed the space as two halves – the front half is an abstract, anamorphic ‘beach hut’ bounded by pastel blue timber slats and white timber decking, illuminated by carnival lights reminiscent of English pleasure piers; the rear half is a white box that is the tea bar, adorned with anamorphic yellow circles of varying sizes and a ‘beach towel’ which doubles as the shop menu. The two spaces overlap and when viewed from a centred vantage point, the optical illusion trick is revealed.

Details
The anamorphic installation was built in collaboration with Spanish artist Alberto Torres Hernandez. It was made possible by 3D mapping and painting using specialist fluorescent paint. The projected graphic contained not only the yellow ascending ‘bubbles’ but also the shop’s logo. The interior elements and services were carefully coordinated and positioned throughout as such that they do not obstruct the overall anamorphic effect.

All of the tables, stools, front counter and menu displays were designed specifically for the shop, and custom-built by east London based makers and fabricators. We worked closely with the fabricators on the design, detailing, joinery, and finishing of each element. At the front of the space wall mounted tables appearing to be growing from the blue stripes provide space for laptops whilst freeing up legroom. The anamorphic beach hut was made by standard timber components, precisely cut and fixed off-site before being assembled on site. The fit out & installation was split in three phases, each lasting just three days, allowing the shop to remain open during the weekends in between.

Photography by atelier Y A O