Elena Salmistraro has designed Motus, a table/wheelbarrow hybrid made from Tulipwood. 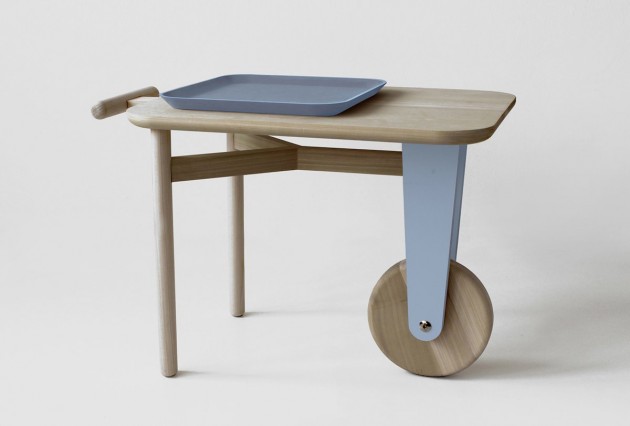 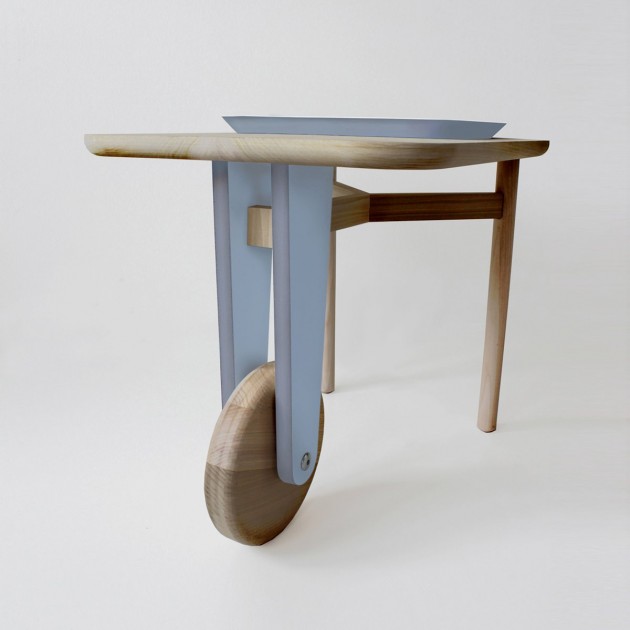 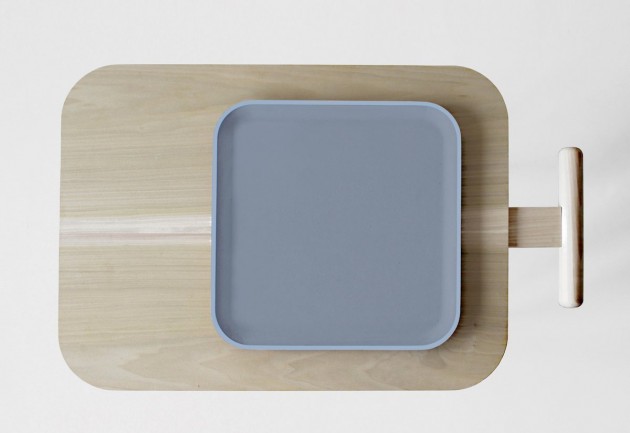 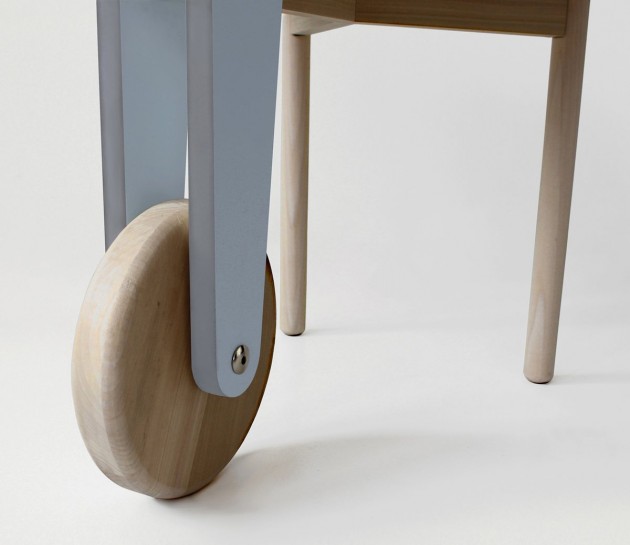 It is undeniable that Mediterranean peoples and the Italians in particular are migrating peoples: throughout history, they have been forced to move in the pursuit of existential well-being as well as cultural and material wealth. The Italians are a travelling people, whose identity has been shaped and mixed by circumstances.

Its rear legs and top, its compliance with traditions and respect of cultural roots and accepted standards, combined with the large front wheel, an utterly unusual, yet distinguishing feature, make “Motus” the visual representation of our underlying instability and our need to move in the quest for a better life.

The result is a hybrid, a formal mutation halfway between a table and a wheelbarrow. A “crossbreed”.