Old Boat Houses Were Converted Into New Offices For These Architects 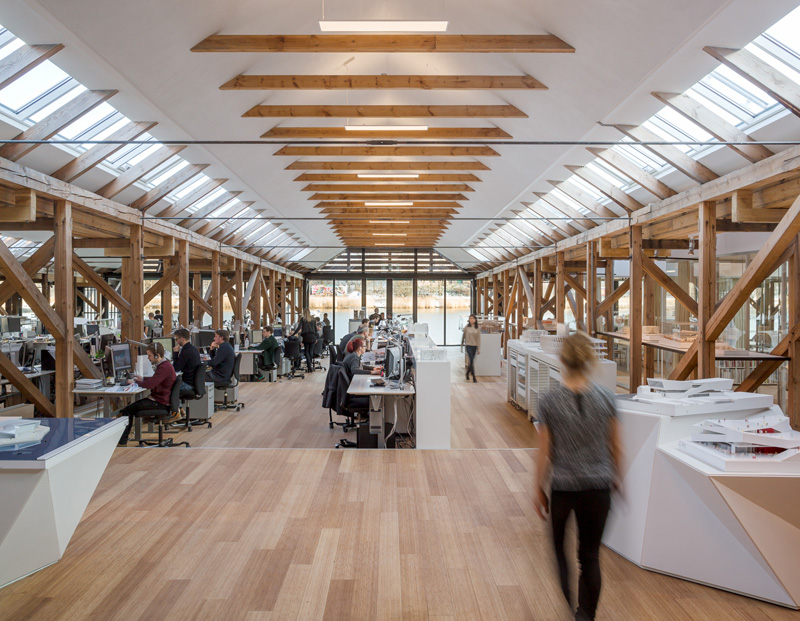 Danish architecture firm 3XN, have transformed what was once a historic listed boat house, into an office for themselves, that can accommodate up to 150 staff.

3XN had outgrown its previous workspace, where staff was spread out over three different floors of an historic building in the Christianshavn neighborhood of Copenhagen. 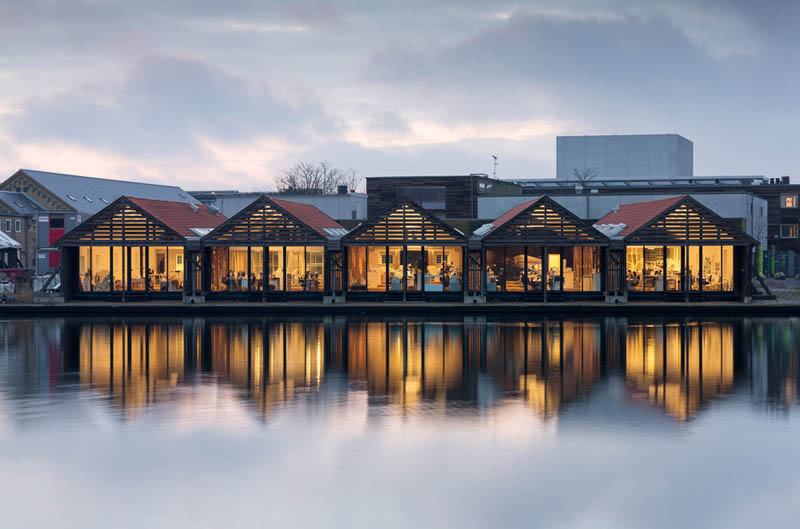 The firm recently moved to a new 2,000m2 studio in a listed ‘canon boat house’ along a canal in Copenhagen’s Holmen neighborhood.

The move was inspired by the wish to have one space where all staff could see and interact with each other and benefit from the best facilities for model making, working collaboratively and have ample daylight. 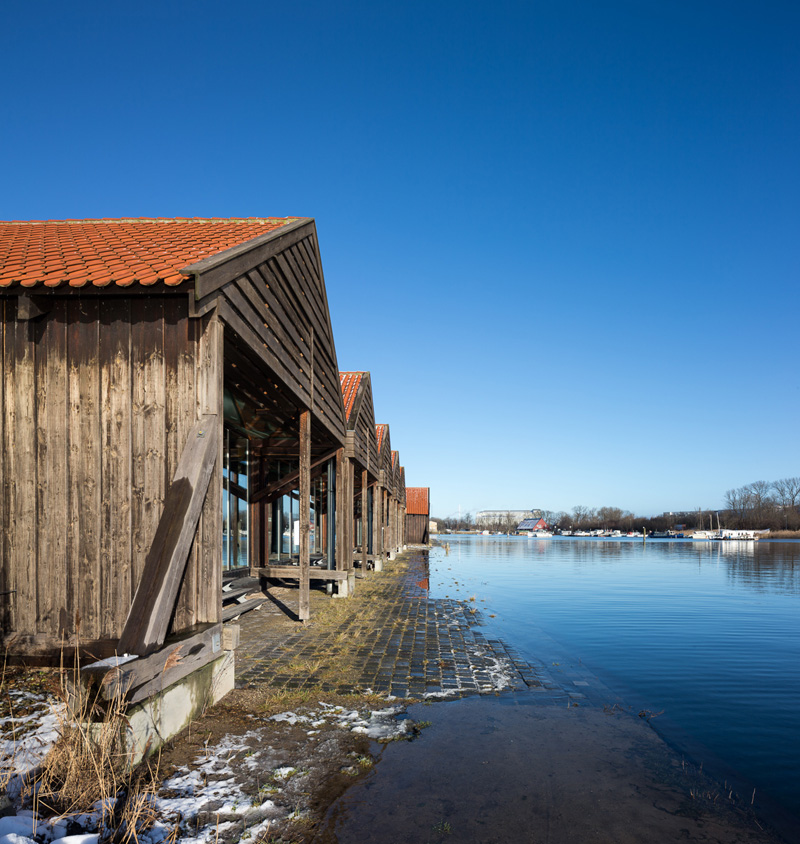 The historic canon boat shed, which dates from the mid-1800s, was originally used to repair and store military boats. 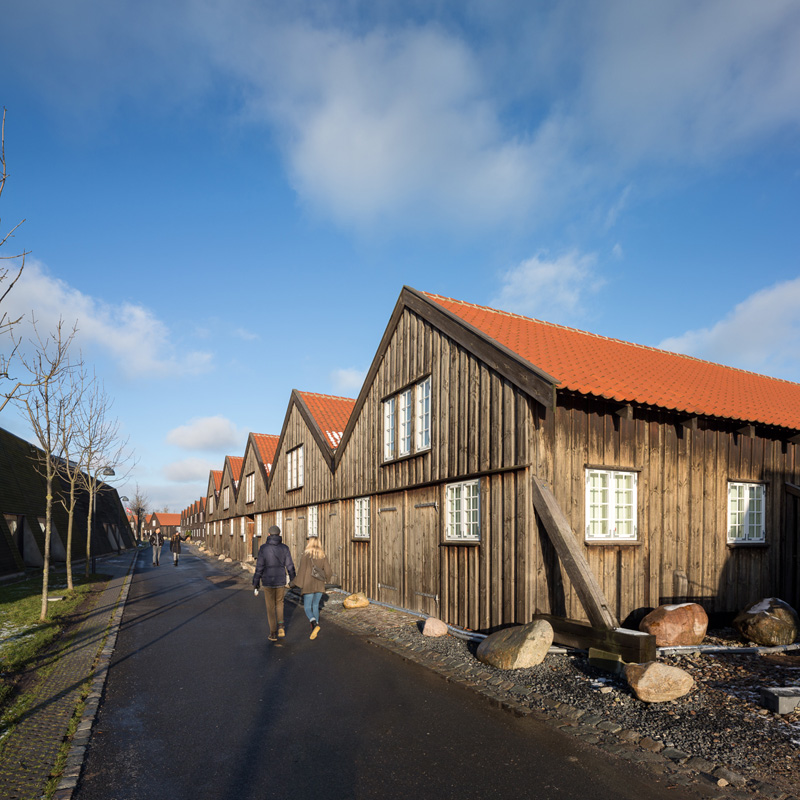 The floor of the building slopes slightly towards the adjacent canal, which allowed the boat builders to slide the boats out into the water. 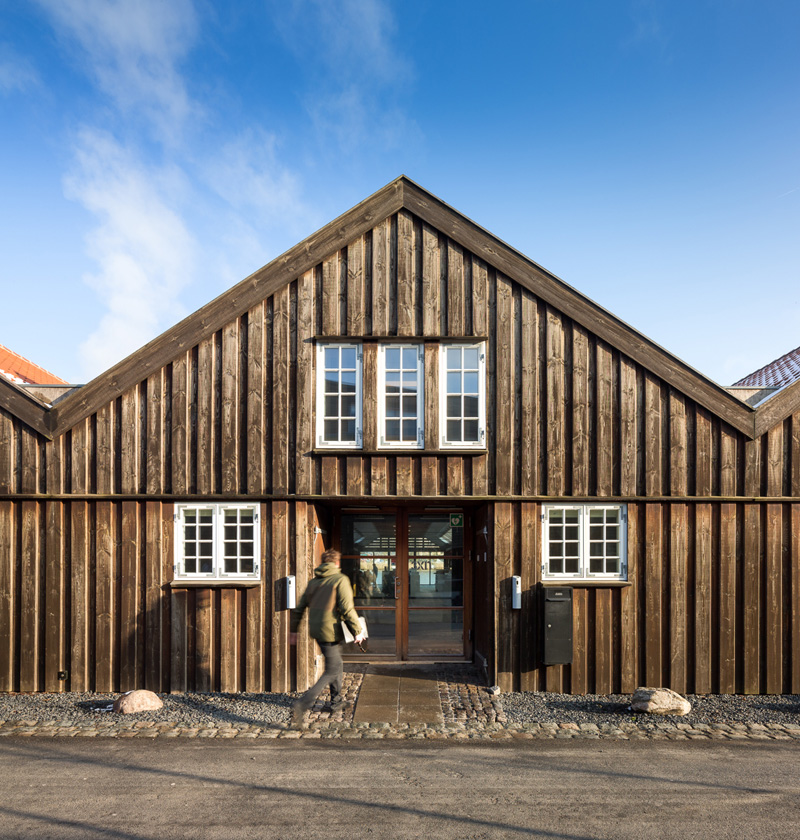 The eastern facade faces the canal and is lined entirely with full-height windows and operable doors. 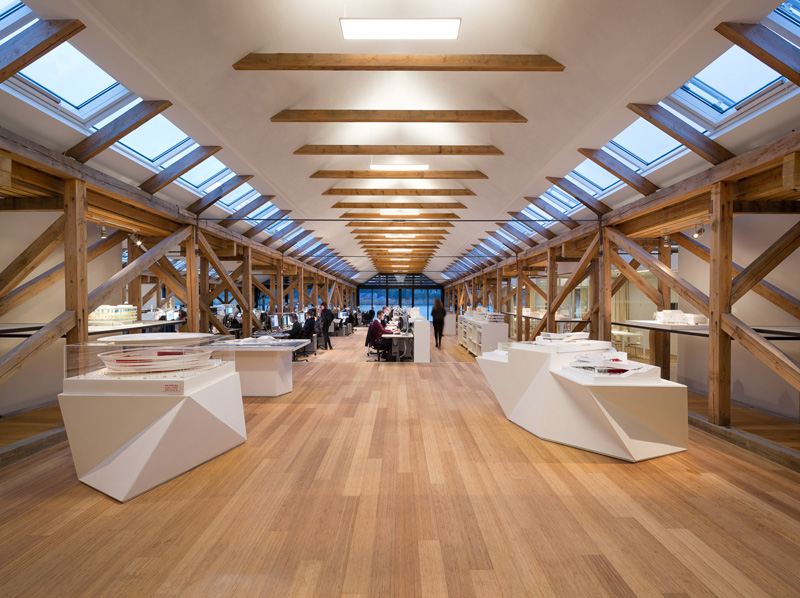 Kim Herforth Nielsen, 3XN’s founder, believes that everyone – from senior designers to interns – has valuable ideas to contribute to our projects and the life of the firm.

He designed the new studio to facilitate communication, laying it out as one open plan that locates staff based on their group. 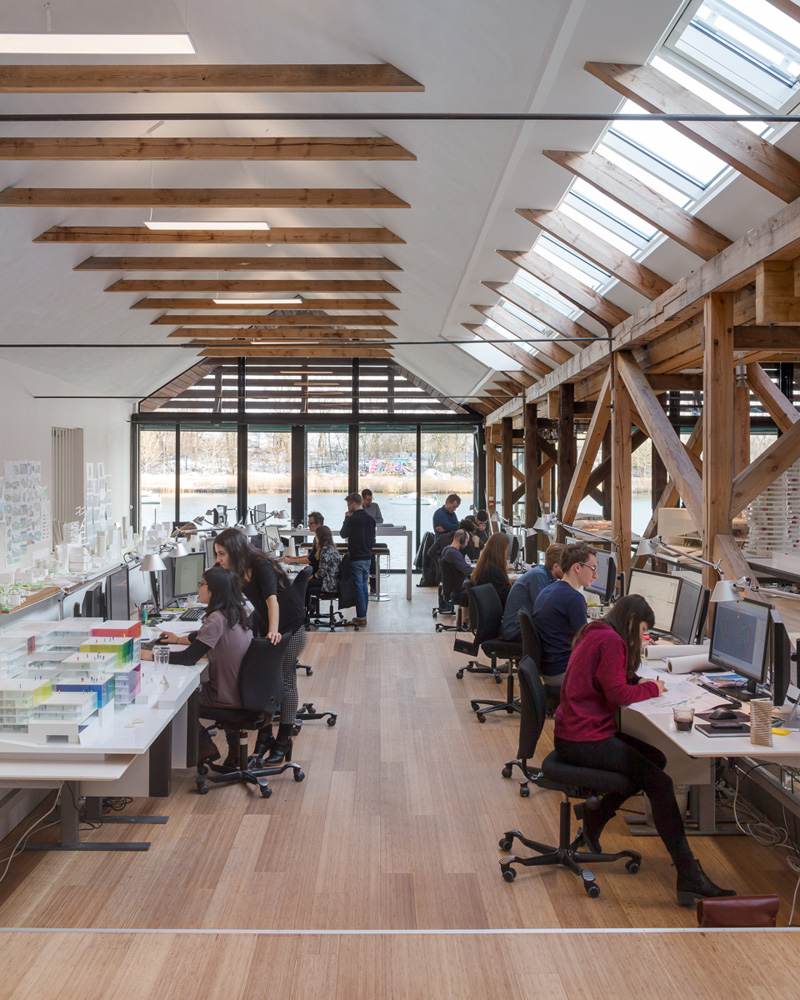 The competition teams sit together, as do the project teams, Communication, Administration and GXN. All staff can see one another and be inspired by what each group is doing. 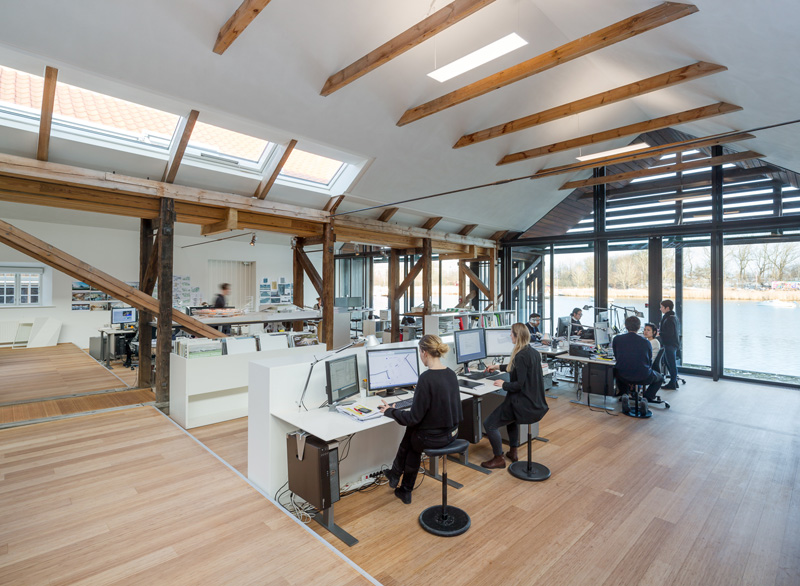 A non-hierarchical culture, all partners sit in the open studio with the staff, which cultivates openness and sharing. 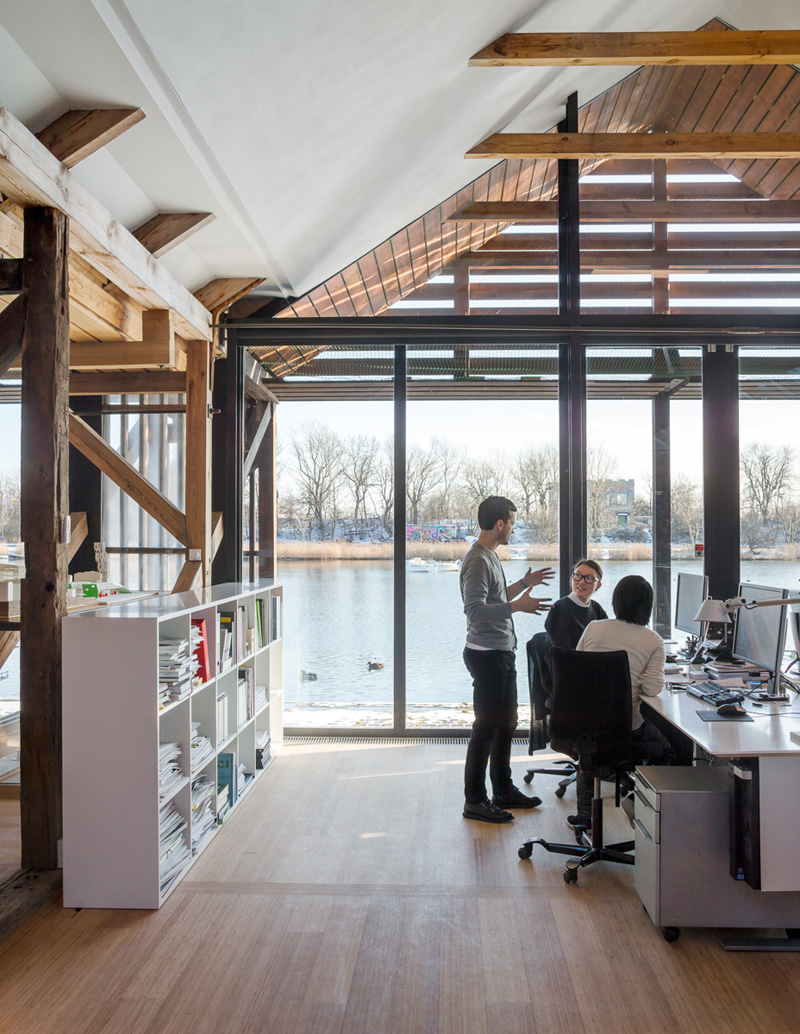 The flexible space currently supports a staff of 80 but can accommodate up to 150. 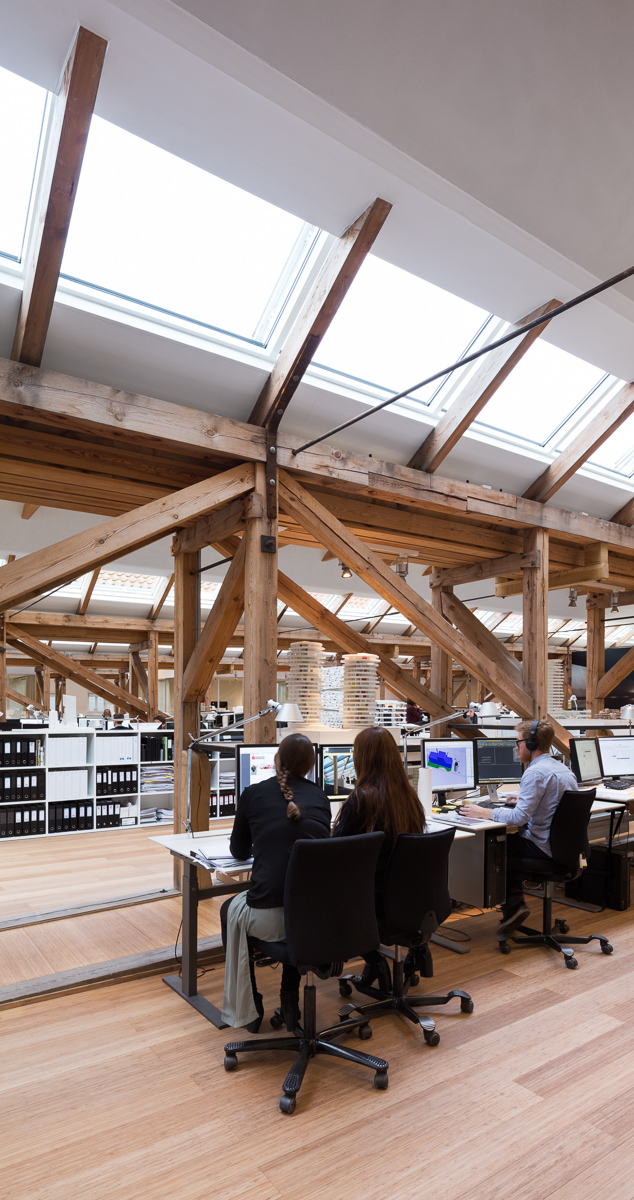 While the exterior of the building is protected, 3XN did remove several existing interior dividers to open up the working area. 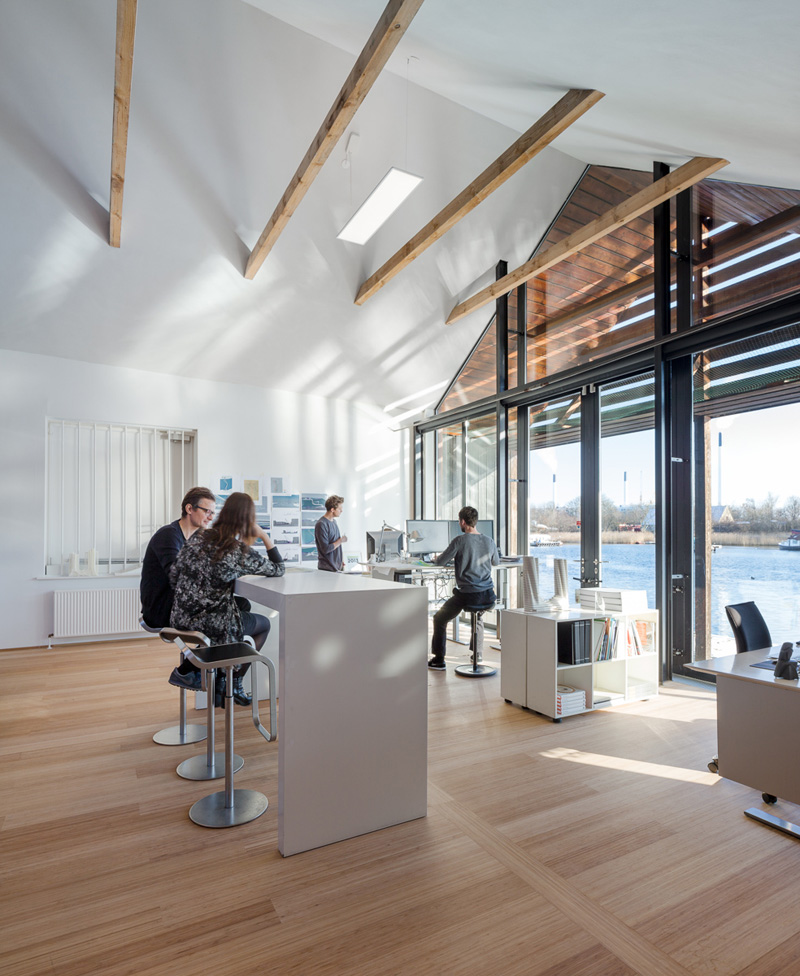 They created a ’box within a box,’ adding structurally ‘free floating’ glass-framed conference rooms to satisfy this particular need. 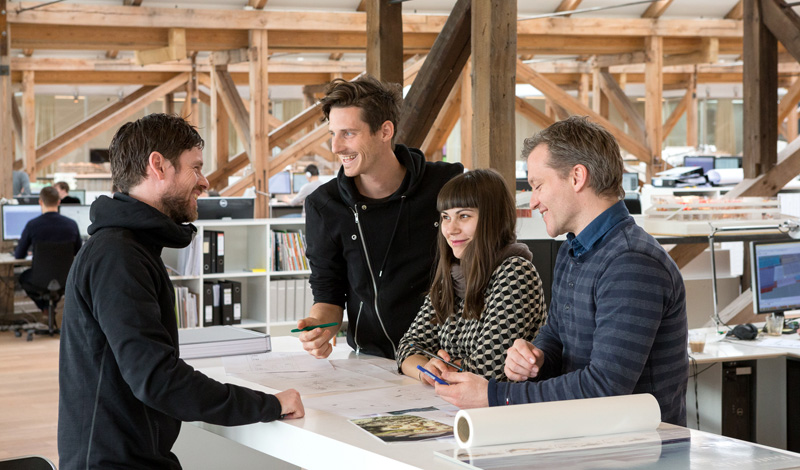 Nielsen’s goal was to keep the interior as simple as possible, to allow the models and photographs of the firm’s work to be the defining features. 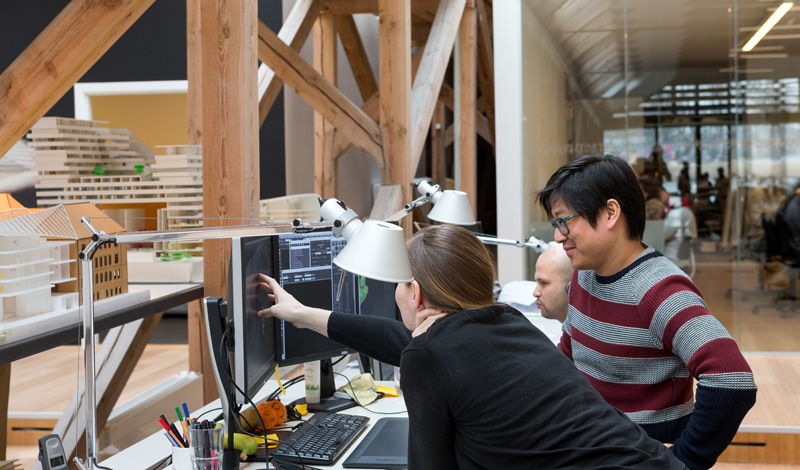 White walls, white desks and glass enclosed meeting rooms express this vision. The historic wooden structure is revealed throughout, which softens the interior. 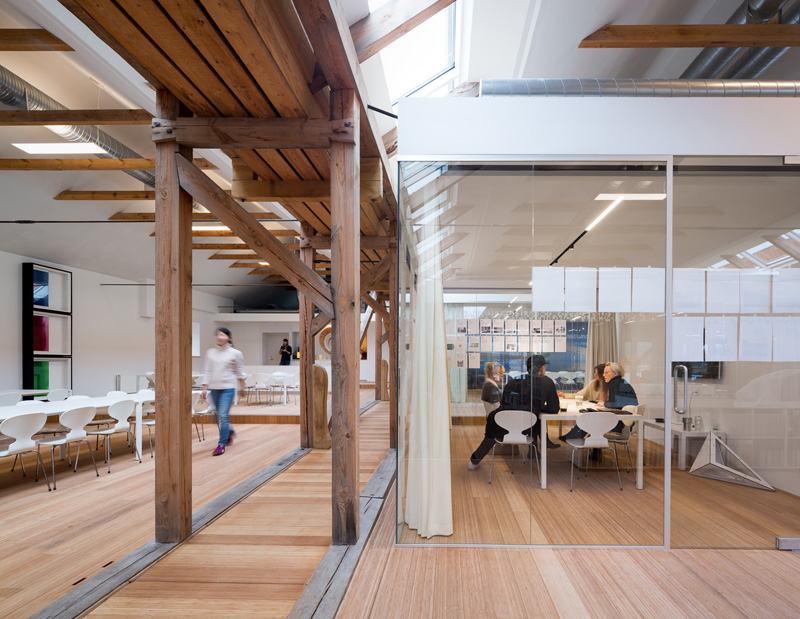 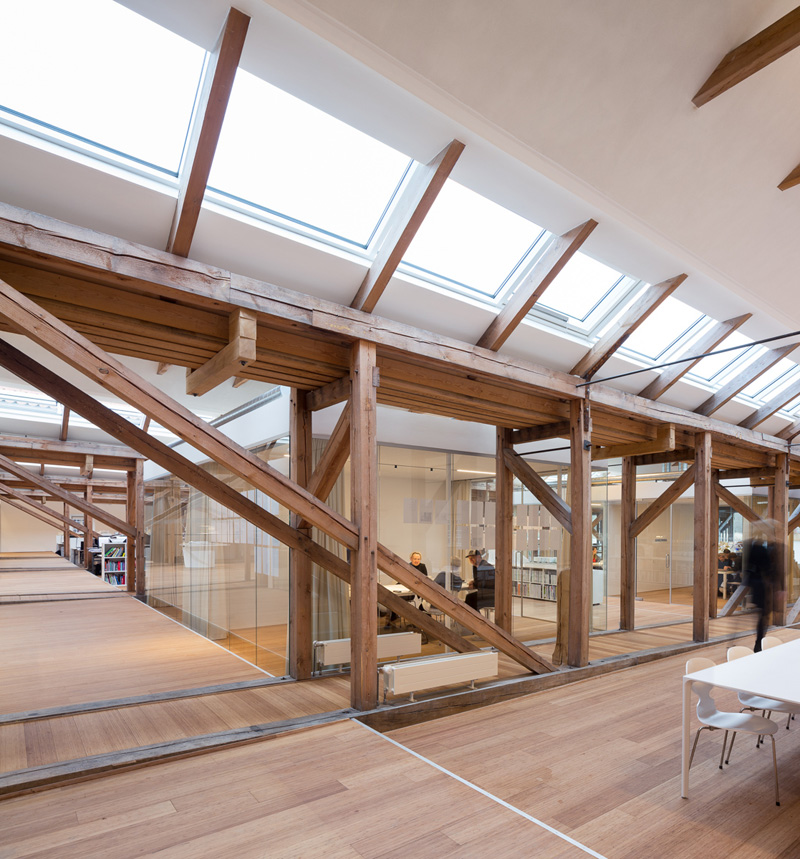 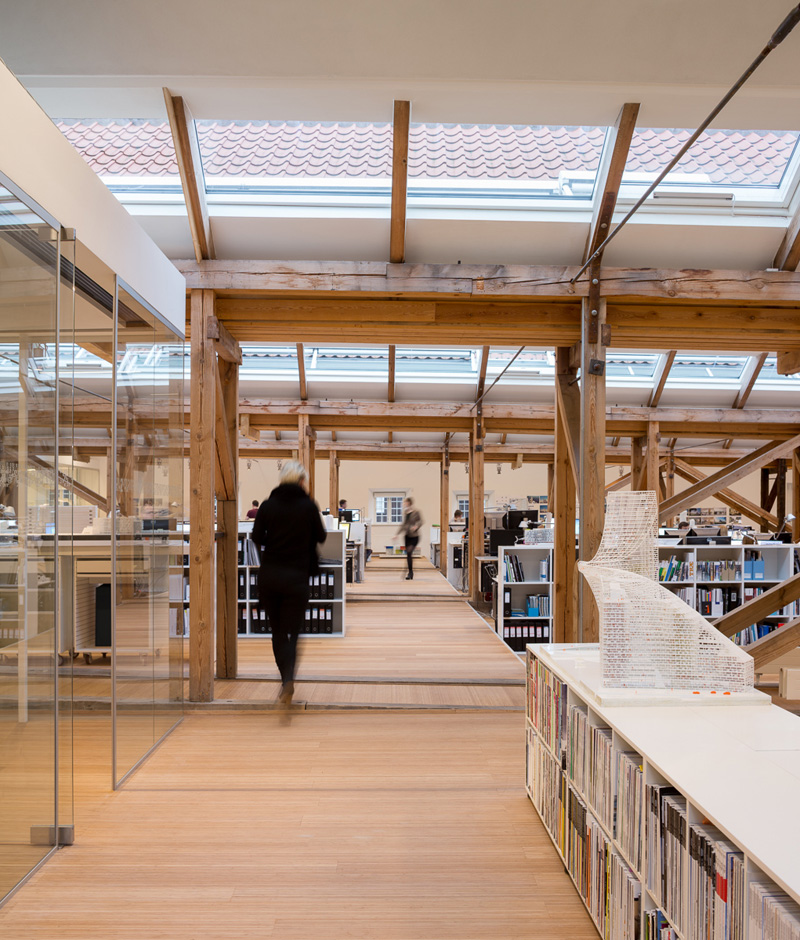 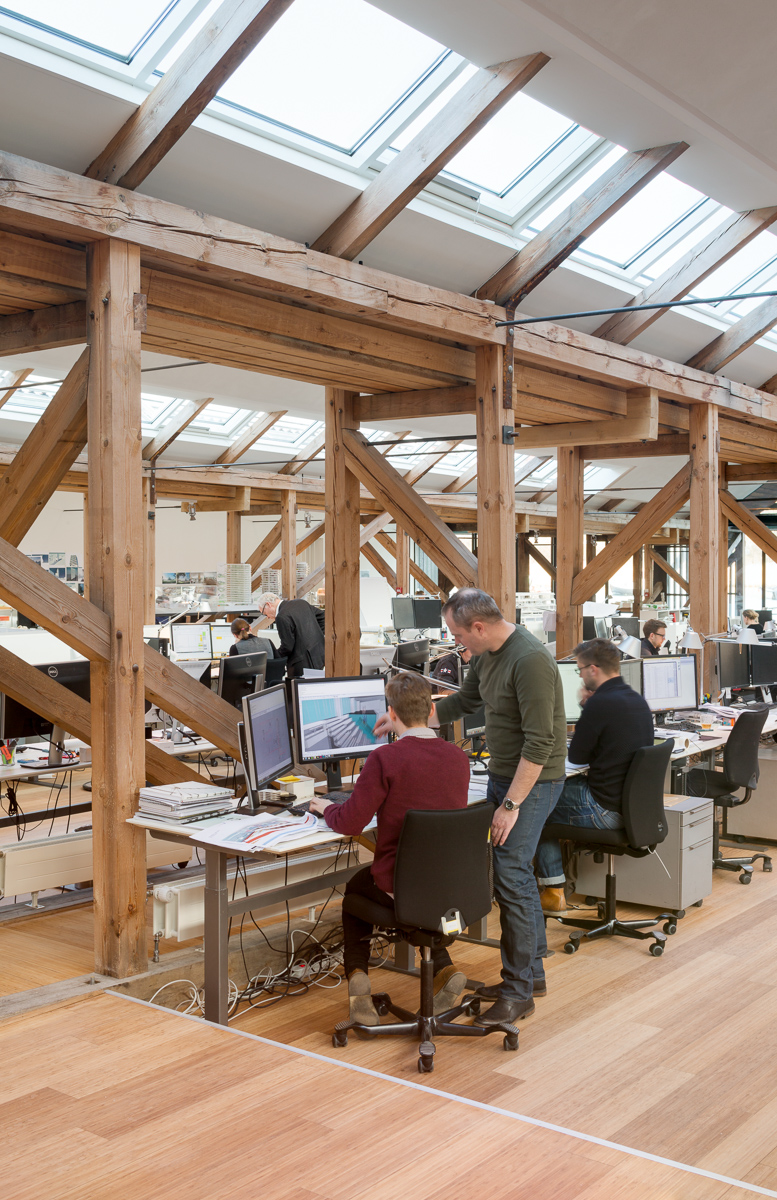 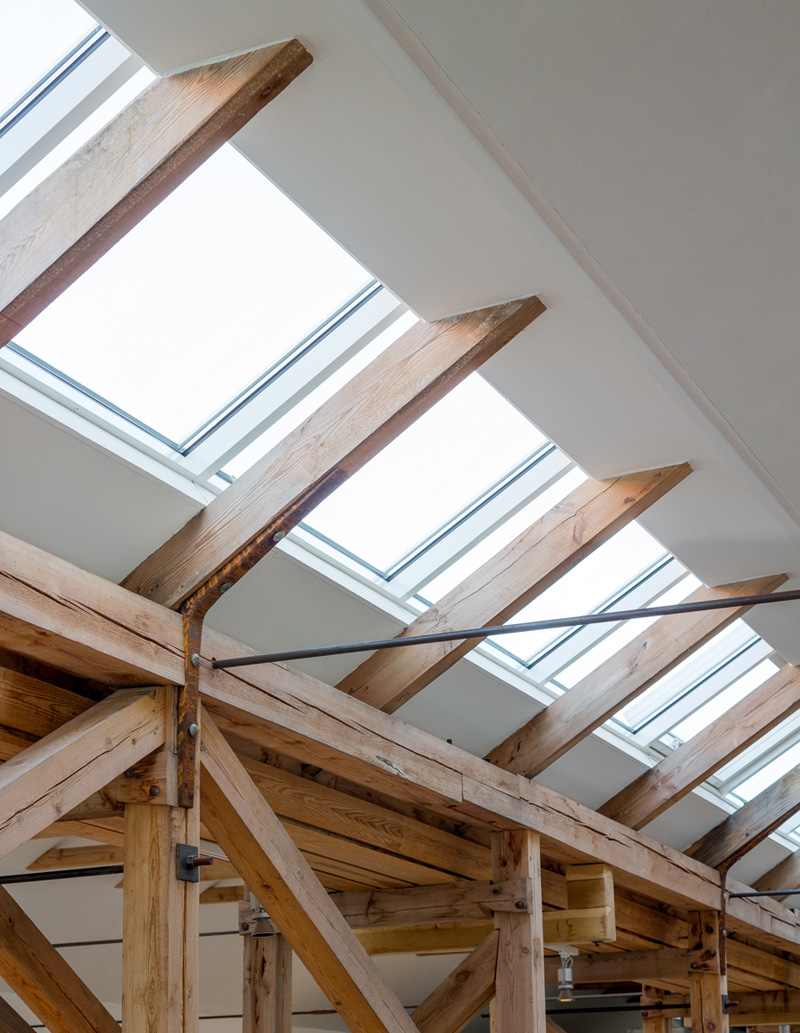 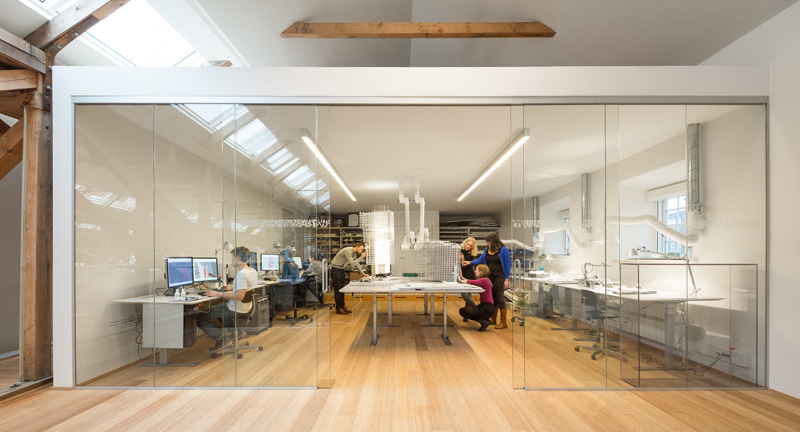 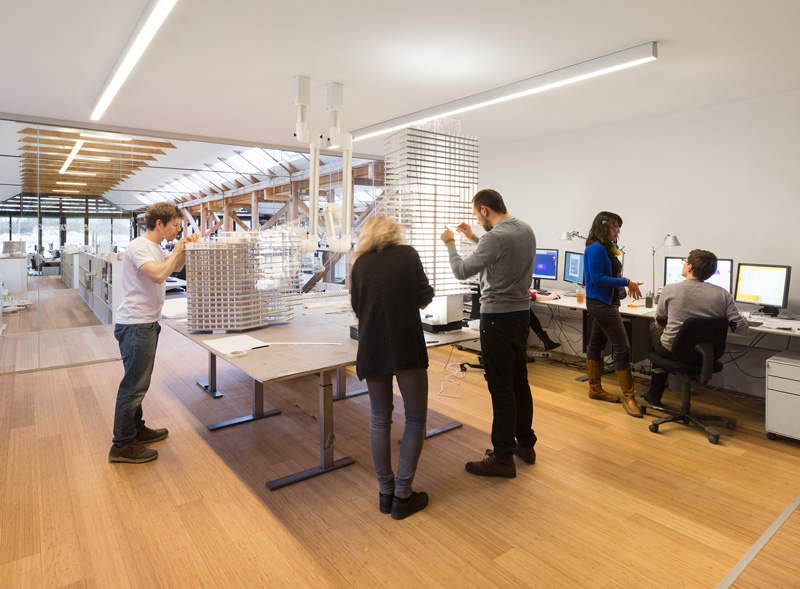 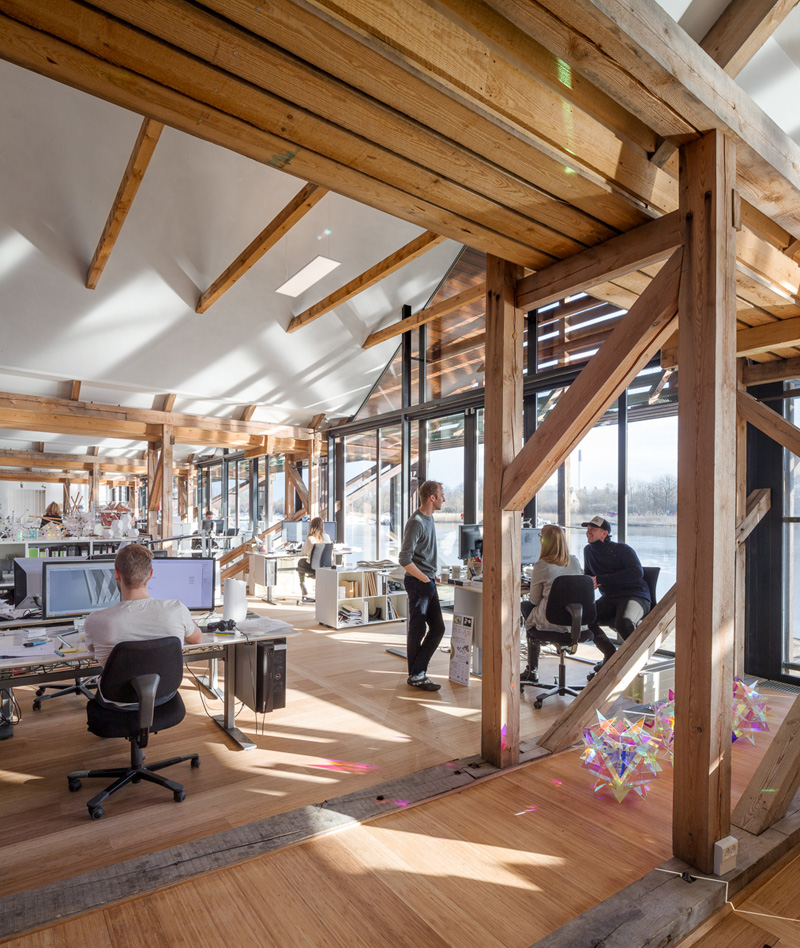 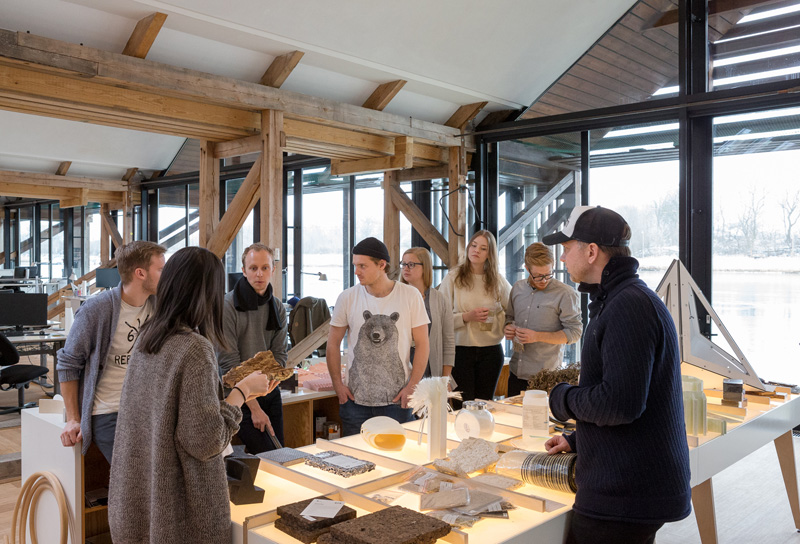 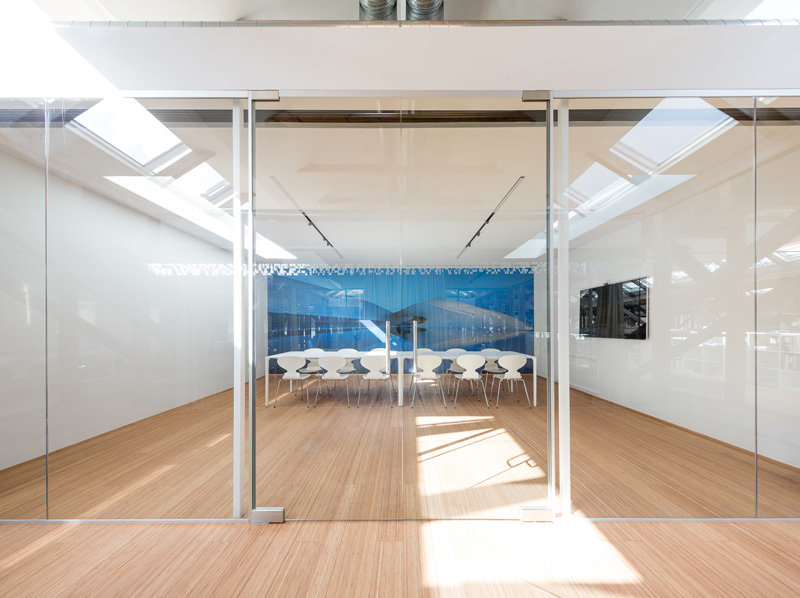