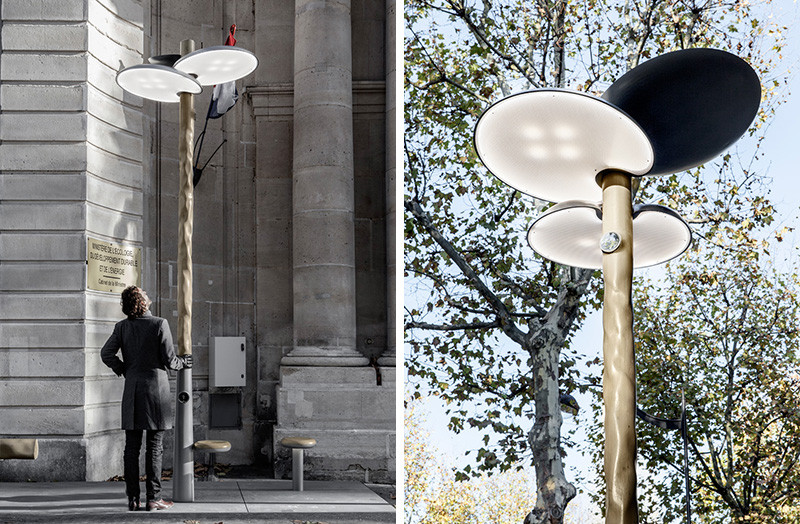 French designer Mathieu Lehanneur, has launched his first urban lighting collection named ‘Clover’, a series of ‘trees’ that have been digitally carved from wooden masts into a lamp and bench. 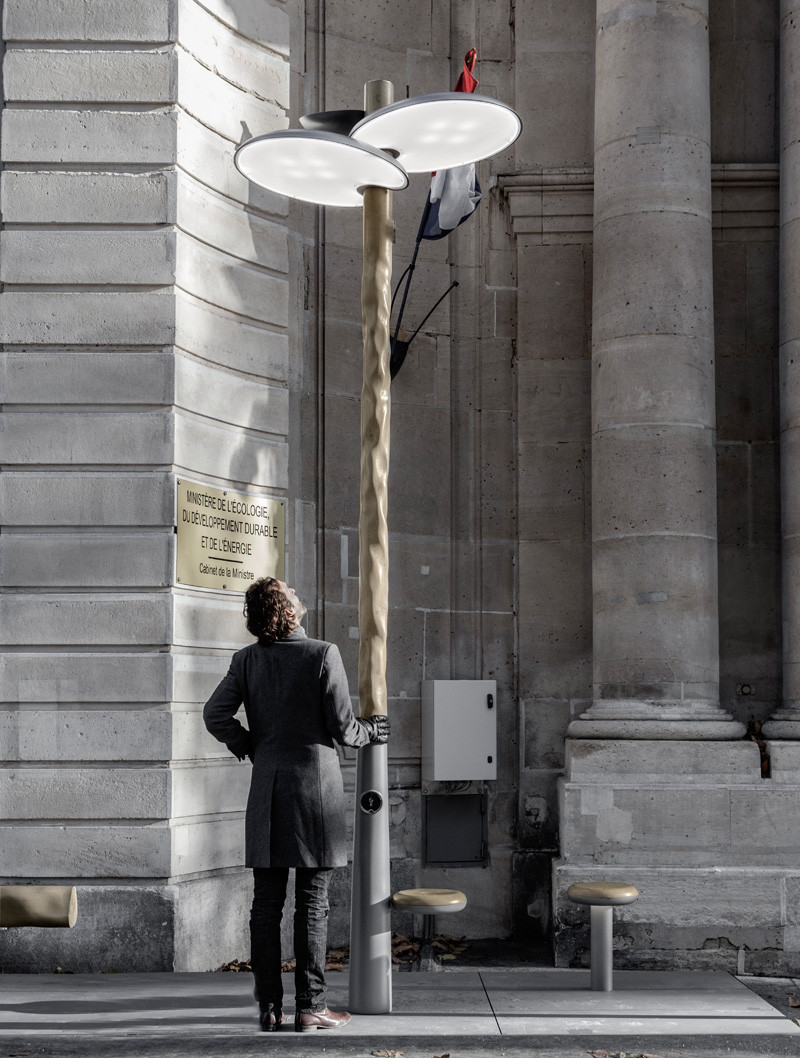 The Clover lamp has large aluminum domes which shine LED light. One of those domes faces upwards, and is equipped with solar panels to produce enough energy to power the lamp. 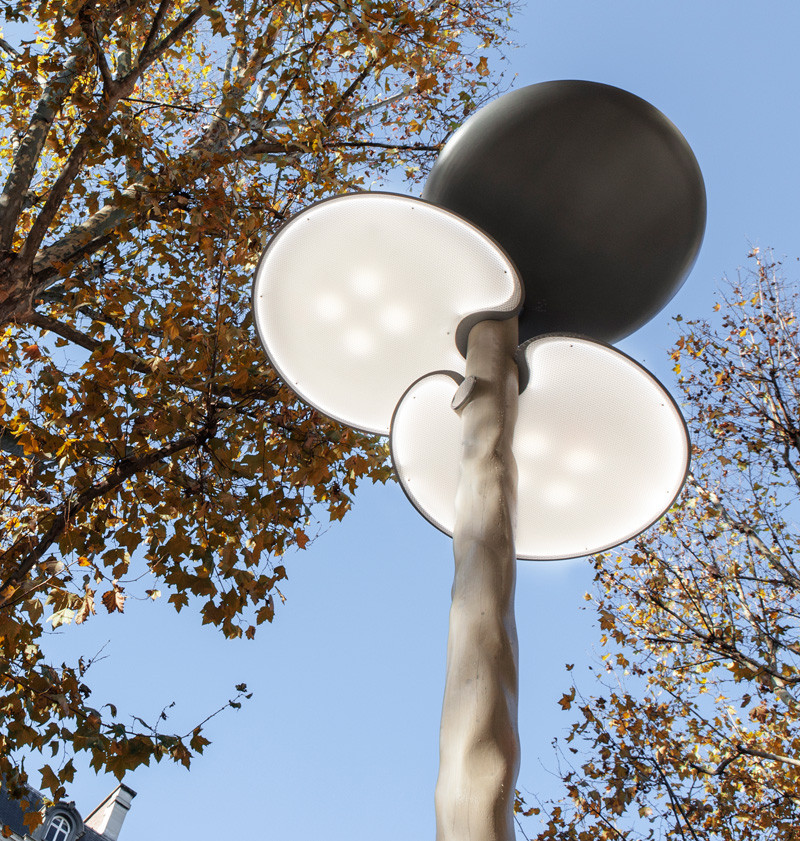 There is also a small hatch installed where passers-by can charge their smartphones. 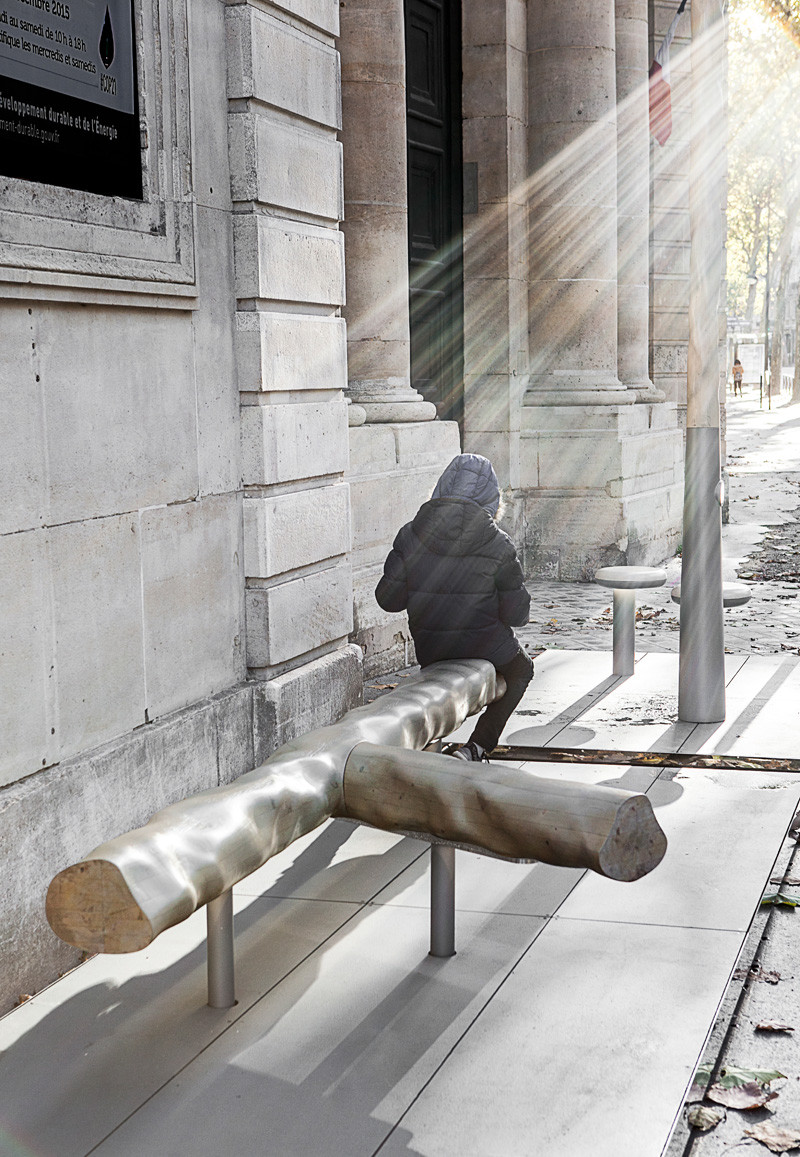 The Clover bench, designed to accompany the lamp, is adaptable and extendable. 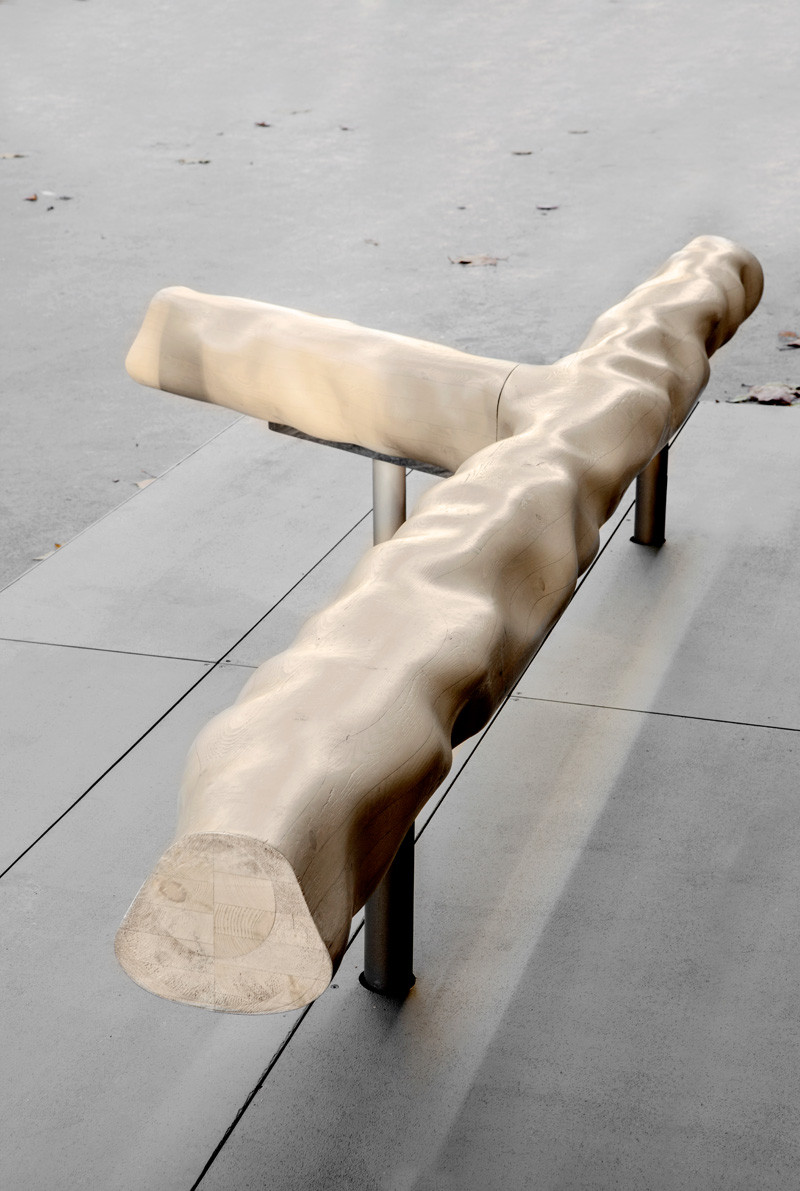