Malka Architecture have designed a concept for a nomadic micro-city that positions itself on a bridge in Paris, France. 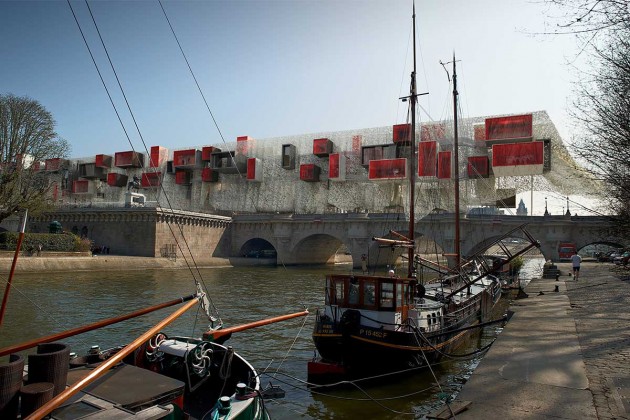 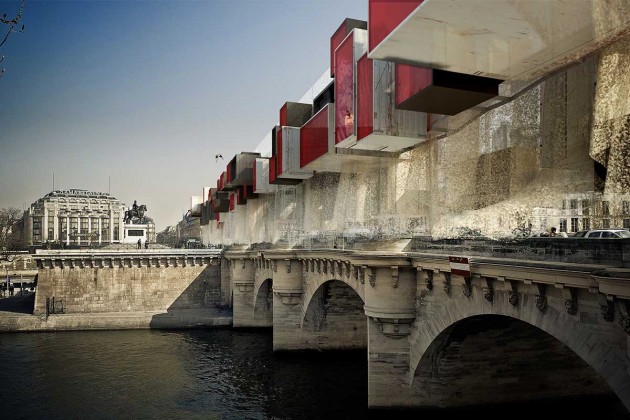 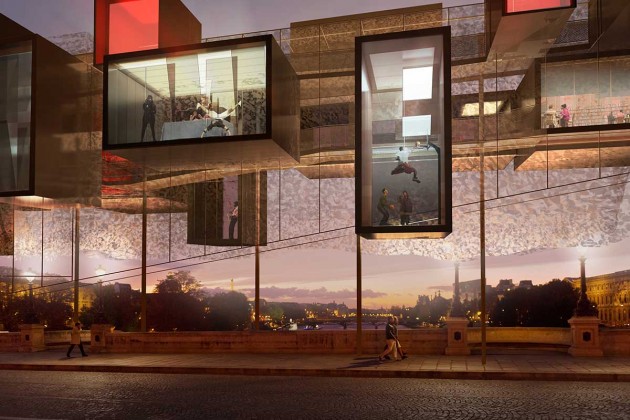 In response to mass production, the economic crises, and the spatial segregation inherent in real-estate prices, this structure not only co-opts impoverished or outlying spaces, but also upscale places through the use of an active system.

The lower rungs of the population can therefore rise more than forty-nine feet above ground, via a system of pylon and interconnected footbridges.

This nomadic micro-city is organized around multiple activities that include residences, offices, and meeting rooms, as well as art galleries, recording studios, shops, playgrounds, canteens, and night clubs. All of these activities are run by the residents themselves.

The structure consists of a modular system, footbridges, and public spaces, all mounted on scaffolding.

This moving metropolis can be easily and quickly disassembled, and can be adapted to various urban configurations developed according to the number of participants.

It is a voluntary ghetto, an organized community of ideas, a hood built from an appropriation of land both conquered and controlled.