Sharon Neuman Architects have designed this house for a young family in Raanana, Israel. 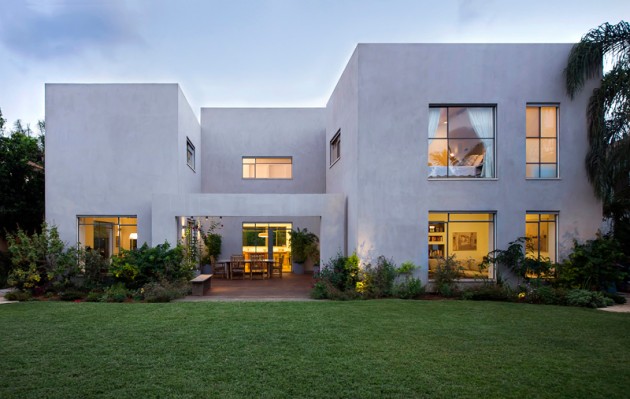 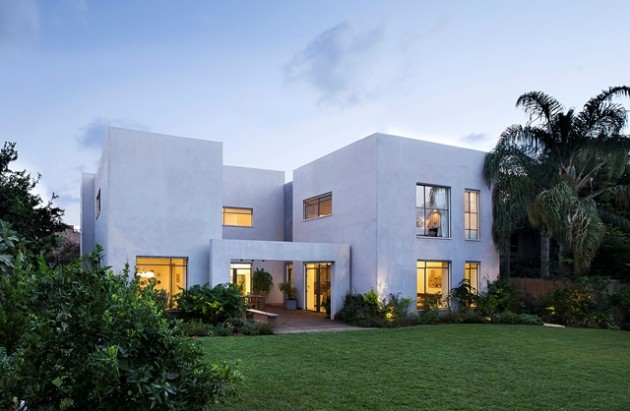 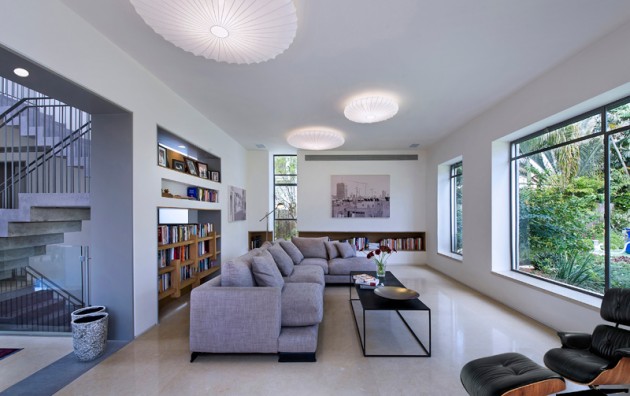 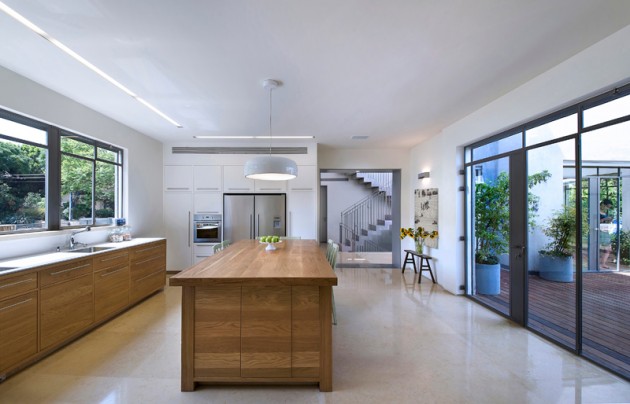 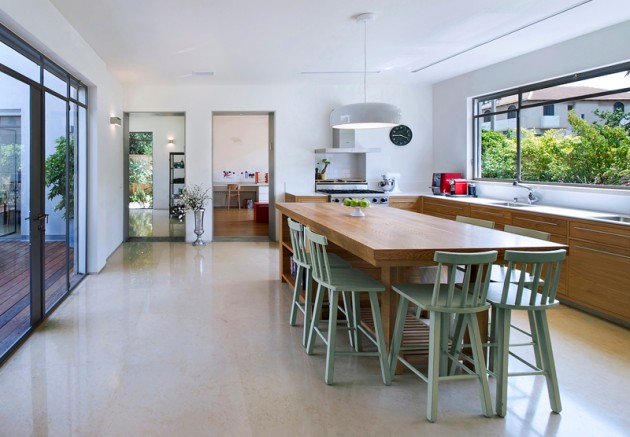 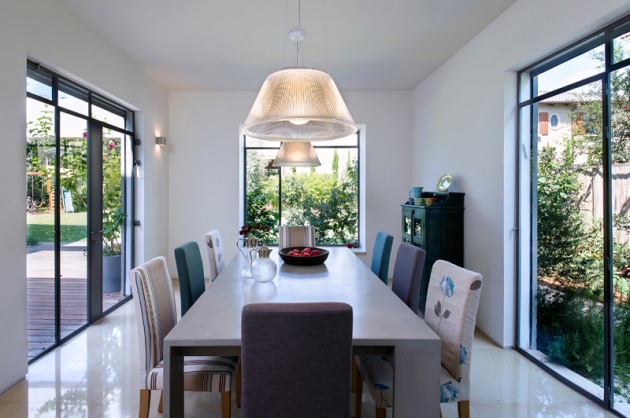 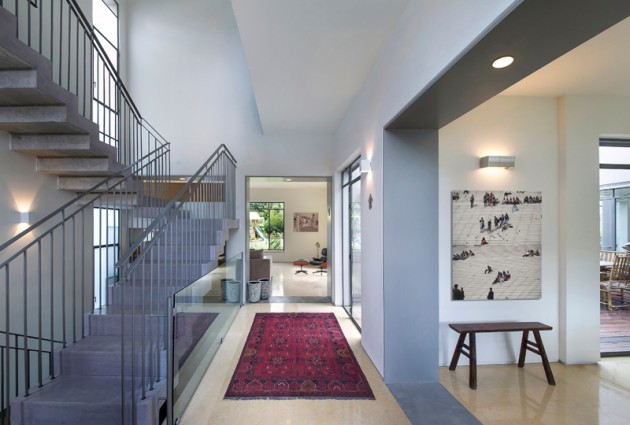 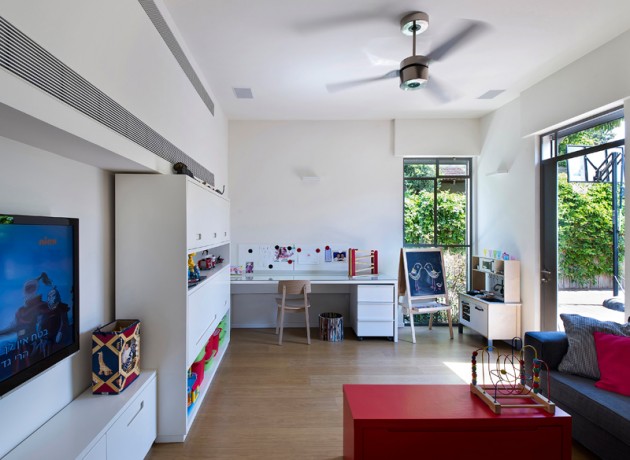 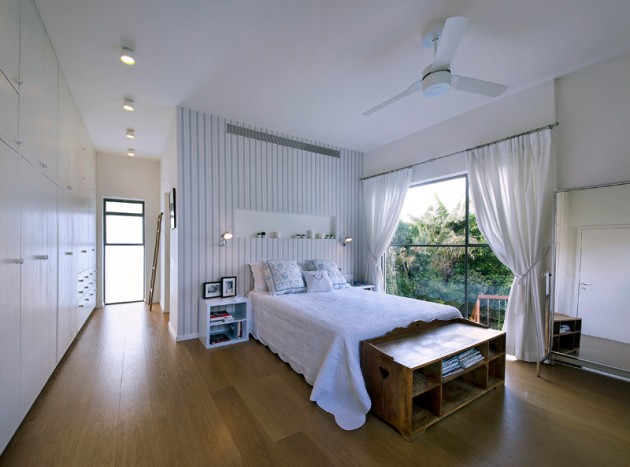 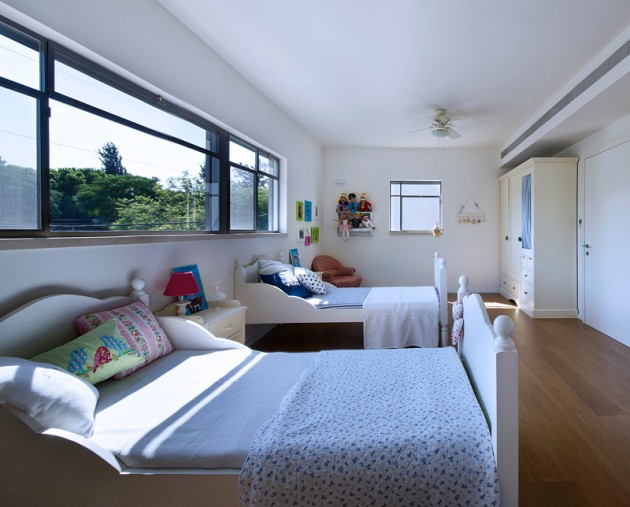 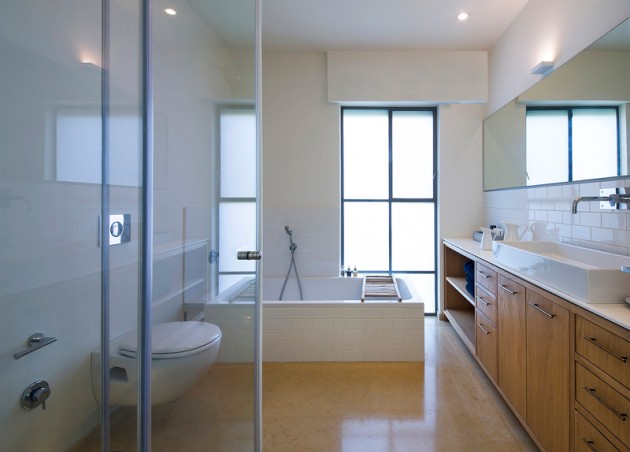 The house in Raanana was designed for a large family of four children and two parents. The brief was somewhat formal and unconventional.

Most of the houses I plan contain a large open space which holds several purposes. But here, each function has its own defined space – a “cube”.

The house consists of seven “cubes”; each one of a different height, each one contains two functions – one on each floor.

Since the client is a chef, the kitchen is in the largest cube. Above it there is a double children’s room. The living room is in the second largest cube, and above it – the master bedroom. There is a family room, a formal dining room, a mud room, a lobby which allows horizontal and vertical movements, and more. A basement is located underneath it all. Four outdoor “rooms” complete the assemblage.

Another problem solved by this scheme is the building code which required red tiled roofs in Ra’anana. Red tiled roof conflicts with the modern nature of the building. Dividing the house into a a “village” of seven “cubes” allowed for smaller roofs and moderate slopes, thus the roofs are completely hidden and not seen from the street level nor from the garden.

Each cube is defined by 20 cm thick walls around it. I chose to emphasize the transitions between spaces by keeping the 40 cm thickness of the “double” walls wherever the “cubes” connect, and creating notable thresholds. The thickness of the walls was also utilized for storage.